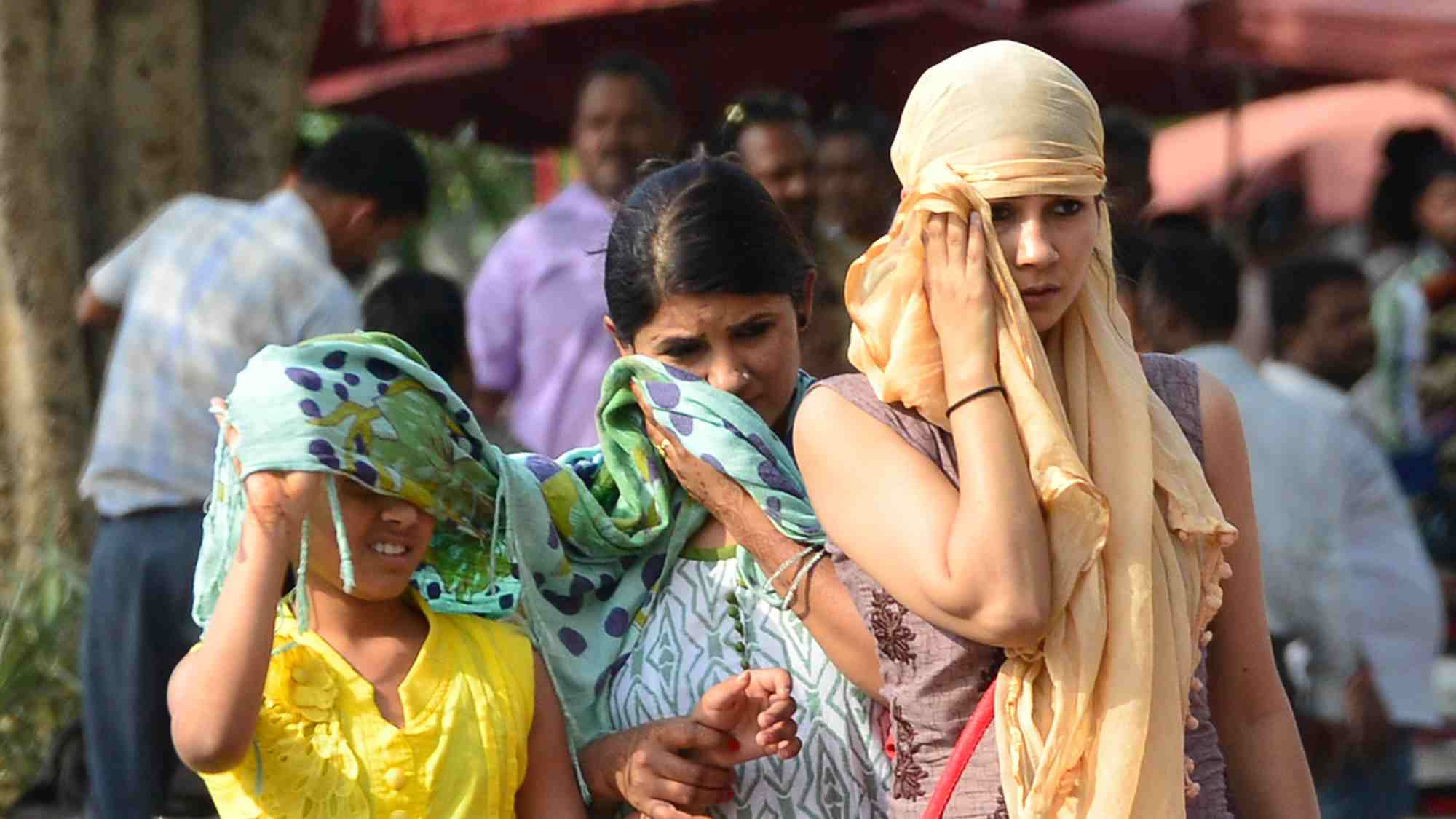 Last year's global average temperature was the hottest on record, marking the third year in a row global heat records have been shattered, according to reports published on Wednesday by two US government agencies that bolstered the scientific conclusion that our planet is getting warmer.
Data from the US National Oceanic and Atmospheric Administration (NOAA) showed that in 2016 the average temperature across global land and ocean surfaces was 1.69 degrees Fahrenheit (0.94 Celsius) above the 20th century average of 57.0 degrees Fahrenheit (13.9 Celsius).
"This was the highest among all years in the 1880-2016 record, surpassing the previous record set last year by 0.07 degrees Fahrenheit (0.04 Celsius)," the NOAA report said.
"Since the start of the 21st century, the annual global temperature record has been broken five times (2005, 2010, 2014, 2015 and 2016)," it said. 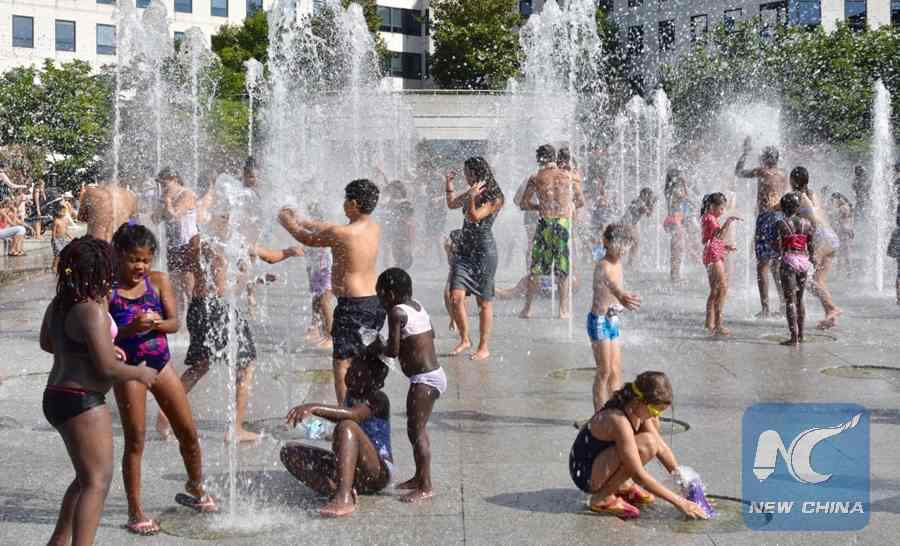 People have fun with water at a park in Paris, capital of France, on August 26, 2016. /Xinhua Photo

People have fun with water at a park in Paris, capital of France, on August 26, 2016. /Xinhua Photo

In a separate analysis of global temperature data, scientists from the US space agency NASA also found 2016 to be the warmest on record.
The announcements by NOAA and NASA are not unexpected, since the first eight months of the year had record high temperatures for their respective months.
During December, the combined global land and ocean average surface temperature departure from average was the third highest on record for any month on record. Only the Decembers of 2014 and 2015 were warmer. 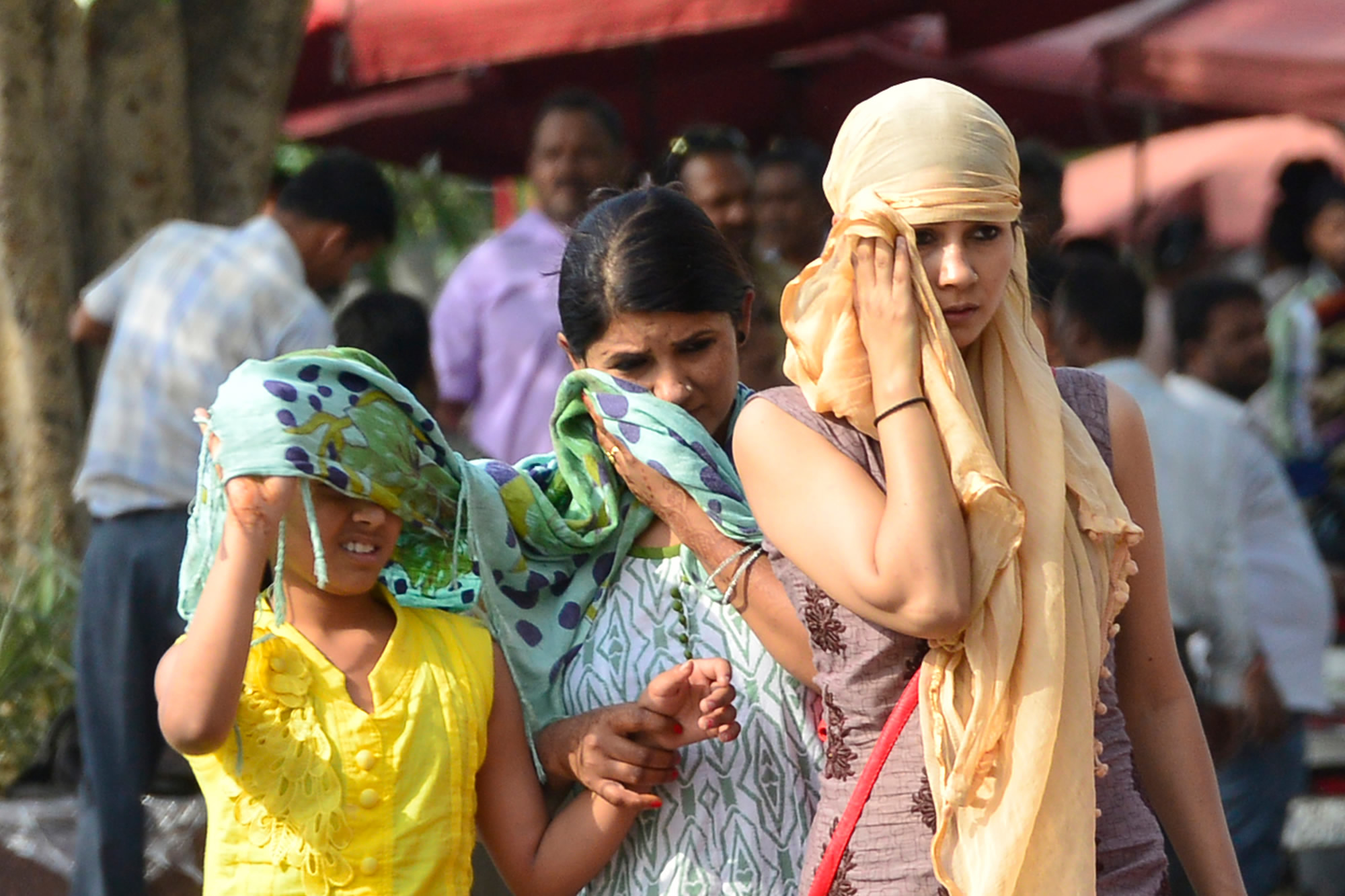 Girls cover themselves against the hot weather in New Delhi, India on May 2, 2016. /CFP Photo

Girls cover themselves against the hot weather in New Delhi, India on May 2, 2016. /CFP Photo

Overall, record warmth was observed around the world in 2016, including Far East Russia, Alaska, far western Canada, a swath of the eastern United States, much of Central America and northern South America, and southern Chile.
Much of eastern and western Africa, north central Siberia, parts of south Asia, much of southeast Asia island nations and Papua New Guinea, and parts of Australia, especially along the northern and eastern coasts, also experienced record high temperatures.
No land areas were cooler than average for the year, the NOAA report said. 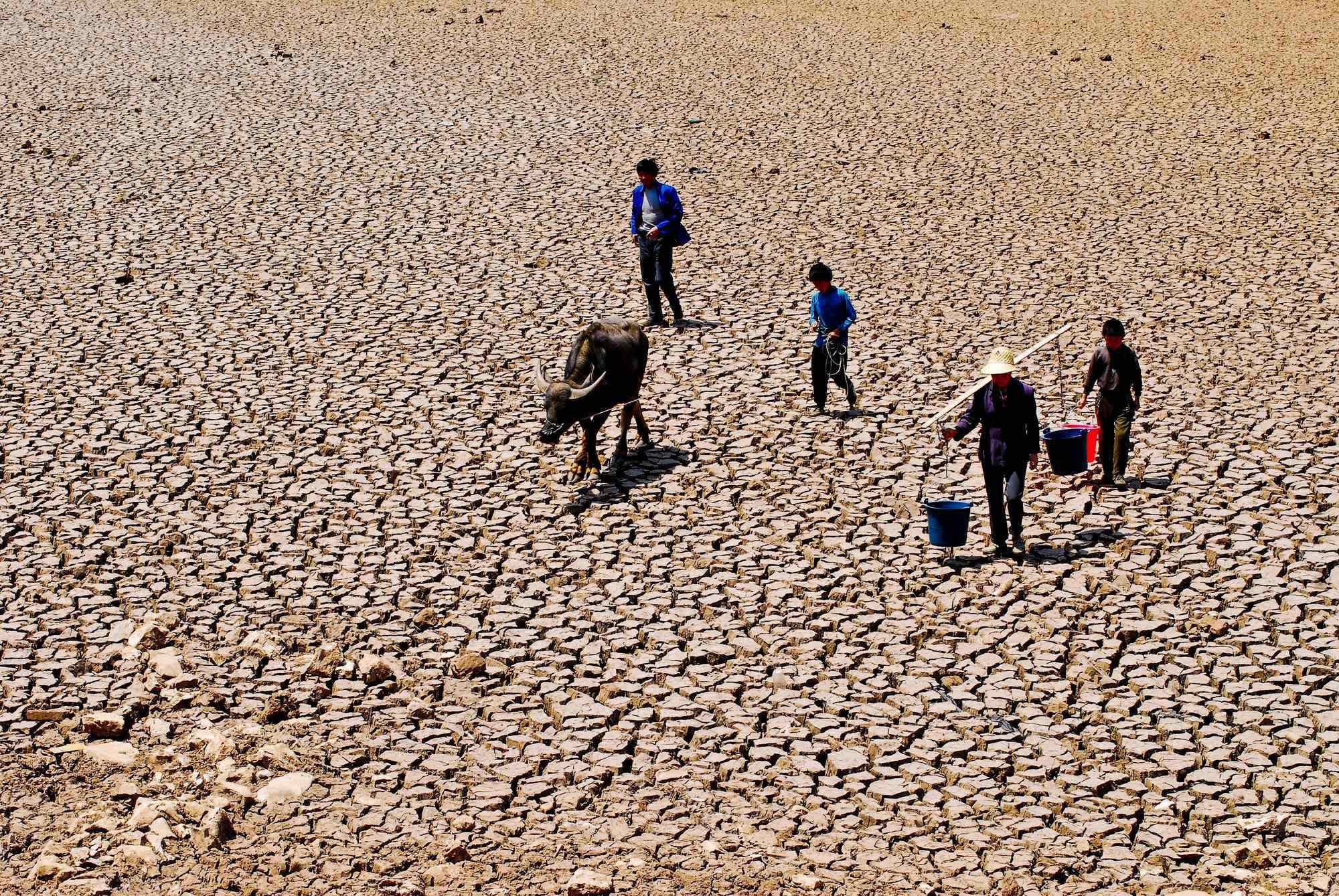 Drought and barren land in southwest China due to hot weather. /CFP Photo

Drought and barren land in southwest China due to hot weather. /CFP Photo

In the sea, the estimated average annual sea ice extent in the Arctic was about 10.15 million square kilometers in 2016, the smallest annual average ever recorded and continuing a trend of decline seen in recent years.
In Antarctica, the annual sea ice extent was the second smallest on record, behind 1986, at 11.16 million square kilometers. Both the November and December 2016 extents were record lows.
Higher above the Earth's surface, separate analyses, drawn from both satellite and weather balloon observations, found that 2016 was the warmest year on record for the planet's lower troposphere, which represents roughly the lowest eight kilometers of the atmosphere, and its middle troposphere, the layer between roughly three to 10 kilometers above the surface.
Satellite analyses found that 2016 was the coolest of the 38-year record for the lower stratosphere, the layer of the atmosphere between roughly 13.5 and 21 kilometers above the surface.
(Source: Xinhua)