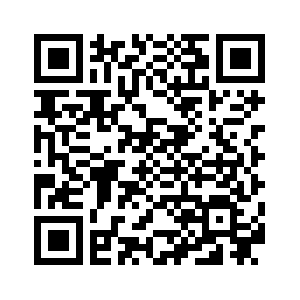 Even as the US moves to sell lethal anti-tank weapons to Ukraine, China has already set in motion a range of new infrastructure projects across the former Soviet state, including some under the Belt and Road Initiative (BRI), in what strategic experts are describing as a competition for influence.
“There is indeed an obvious and irresolvable contradiction in the short and long-term interests being pursued by American and Chinese investment in Ukraine,” Vladislav Davidzon, editor-in-chief of the English-language Odessa Review news magazine, was quoted as saying in a report by The Daily Signal, a multimedia outlet of the Washington-based think tank The Heritage Foundation. 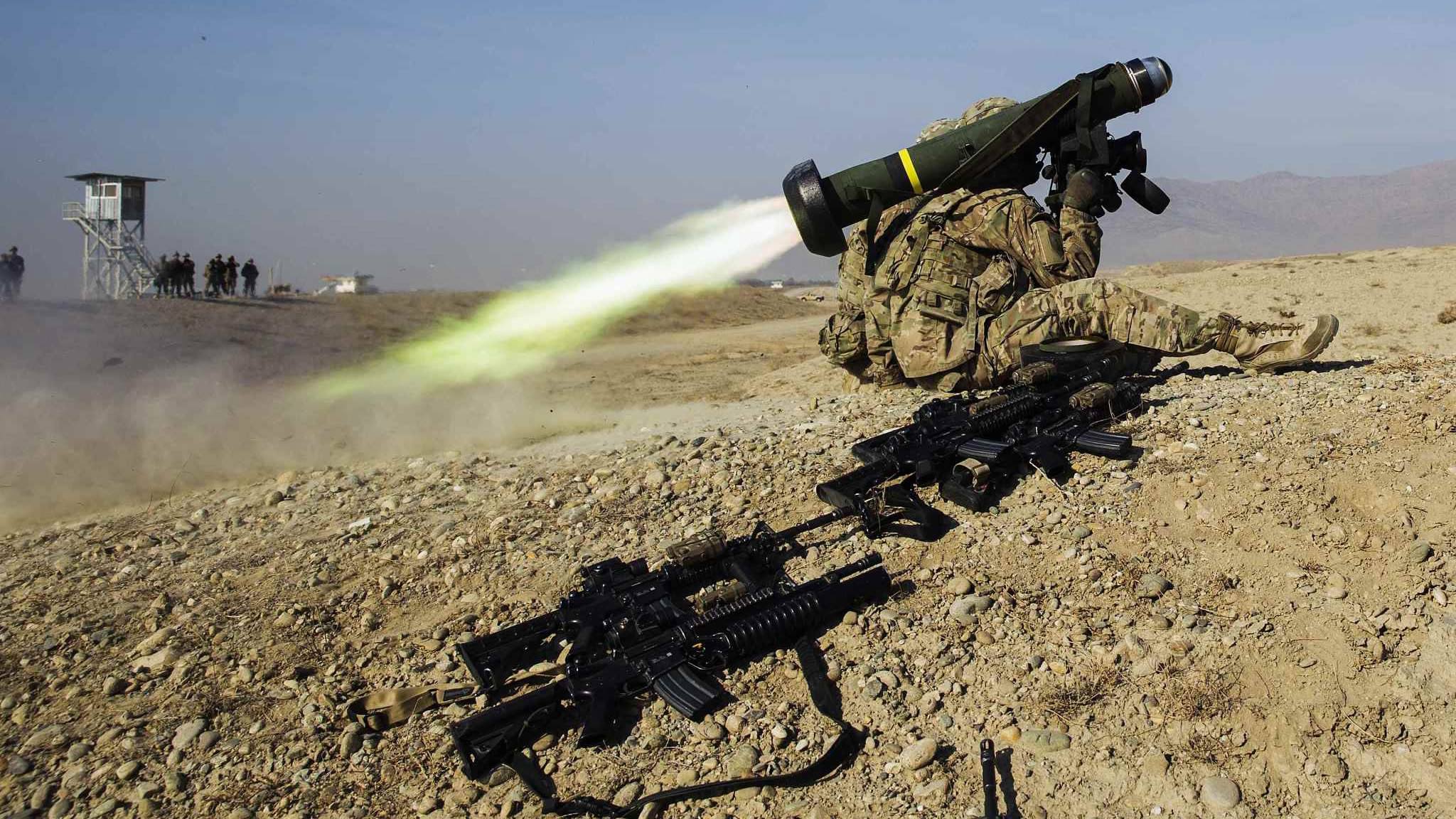 A US soldier from Dragon Troop of the 3rd Cavalry Regiment fires a Javelin missile near Gamberi base in the Laghman province of Afghanistan on January 1, 2015. /VCG Photo‍

A US soldier from Dragon Troop of the 3rd Cavalry Regiment fires a Javelin missile near Gamberi base in the Laghman province of Afghanistan on January 1, 2015. /VCG Photo‍

US President Donald Trump's administration on Dec. 22 approved a plan to provide lethal weapons, including Javelin anti-tank missiles that Ukraine has long sought to boost its defenses against tanks that have rolled through eastern Ukraine during the recurring violence that has killed more than 10,000 people since 2014.
Also in December, the US approved a deal worth 41.5 million US dollars for a Tennessee-based private firearms manufacturing firm to sell sniper rifles, ammunition, and accessories to Ukraine. Previously, the US had provided Ukraine with support equipment and training.
While the US weapons deal has not triggered a Russian response so far, a series of Chinese infrastructure projects in Ukraine announced around the same period has prompted some analysts to speculate that there is a geopolitical contest for influence.
The Daily Signal report stated that the Chinese infrastructure investments in Ukraine collectively dwarf the total value of the long-awaited US weapons deal. The Chinese projects include a loan of 500 million US dollars from China Civil Engineering Construction Corporation (CCEC) trading firm. Announced the same day as the US Javelin deal, the money would finance affordable housing for, among others, Ukrainian war veterans and people displaced by the conflict in the Donbas, it said.

On an earlier visit to Kiev on Dec. 5, Chinese Vice Premier Ma Kai announced plans for joint projects worth seven billion US dollars between China and Ukraine. At the time, both the countries also signed an action plan for jointly building the Silk Road Economic Belt and 21st-Century Maritime Silk Road, under the BRI, while pledging to deepen all-round collaboration to strengthen strategic partnership, Xinhua reported.
On Dec. 28, Ukraine’s Economy Ministry announced that China and Ukraine agreed to speed the construction of grain elevators, silos, port terminals, highways and railroads.
Other Chinese projects in Ukraine include: a new metro line in Kiev; a railway link between Kiev and Boryspil; solar and wind energy farms; ring road around Kiev; and the dredging of ports in Yuzhny, Marupol and Berdyansk as part of a plan to upgrade commercial ports on the Sea of Azov. 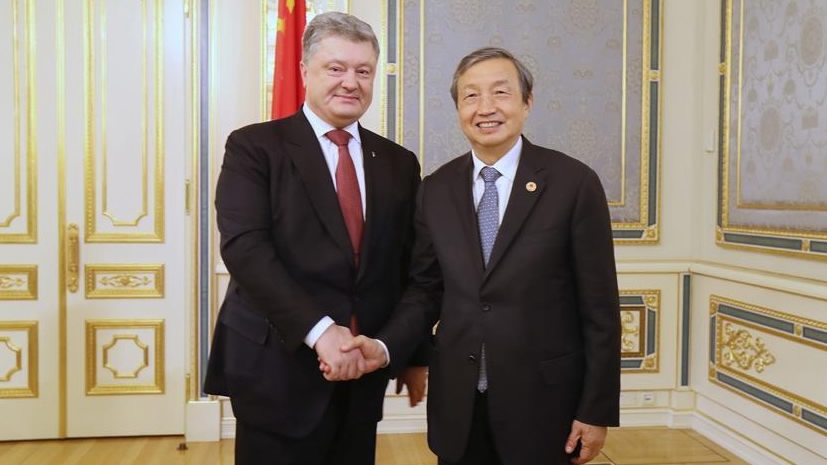 Bilateral trade between China and Ukraine reached 7.68 billion US dollars in 2017, an 18 percent annual increase, making Beijing Kiev's third largest trade partner, only behind the European Union and Russia.
China is also now the top purchaser of military equipment from Ukraine with sales worth 90 million US dollars in 2016. And from June 2016 to July 2017, Ukrainian grain supplies to China went up by 11 percent over the preceding one-year period.
In recognition of the growing relationship between both the countries, Kiev has declared 2019 to be officially the “Year of China” in Ukraine.
According to some analysts, China is a welcome investor in Ukraine as Chinese firms could take up projects in the region where Western companies often fear to tread.
“At the same time, China introduces to Ukraine a welcome geopolitical diversification from the old choice, Russia or Europe. This spring, China is to start regular freight service from Western China through Ukraine to Europe. Few people worry that Russia would block the trains,” writes James Brooke, executive editor of Ukraine Business Journal. 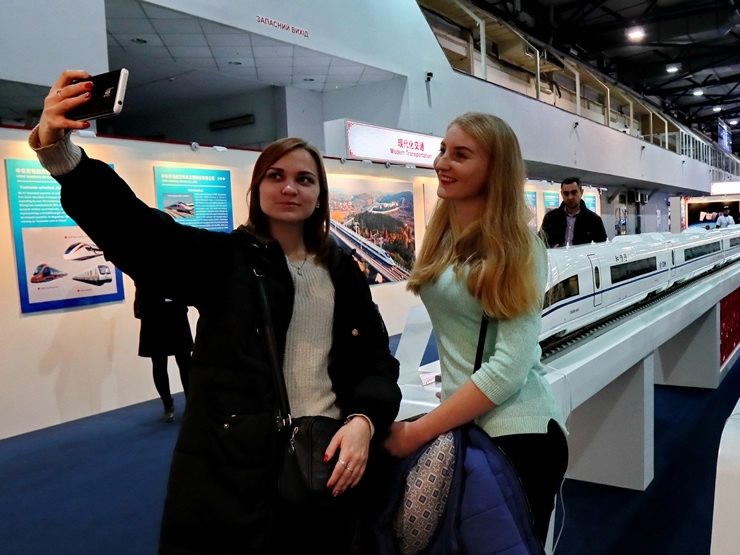 “There is one international player that stands to gain from the recent turn of events in Ukraine, regardless of its outcome. This player apparently has nothing to do with the crisis, which has engulfed Russia, the EU and the United States, and makes a point of staying on the sidelines. The country in question, of course, is China,” Artyom Lukin, deputy director for research at the School of Regional and International Studies, Far Eastern Federal University, Vladivostok, Russia wrote in a piece for The Huffington Post.
Other analysts felt that US influence in Ukraine could see a decline with China’s rising economic clout, which may even work to Russia’s advantage.
“If Chinese investment and Russian aggression in Eastern Europe are not matched by corresponding US economic and military measures in coming years, the US and its partners risk ceding influence in the region to... [other] powers,” Franklin Holcomb, a Russia and Ukraine analyst at the Washington-based Institute for the Study of War, was quoted as saying by The Daily Signal.
The US, meanwhile, is looking to go ahead with at least 560 million US dollars in financial assistance to the Ukraine in 2018 in addition to the military deals. The aid program, approved by the US Congress in May 2017, included over 410 million US dollars for several nonmilitary assistance programs, according to reports. American firms also struck deals to supply coal and nuclear fuel to Ukraine.
[Cover photo: A combination of two photos show the Port of Odessa, Ukraine (left, undated) and a US soldier firing a Javelin missile near Gamberi base in the Laghman province of Afghanistan on January 1, 2015. /VCG Photo]
6461km