Opinion: What triggered the protests in Iran?
Guest commentary by Wang Jin 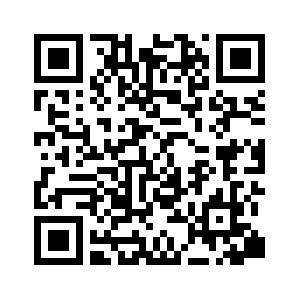 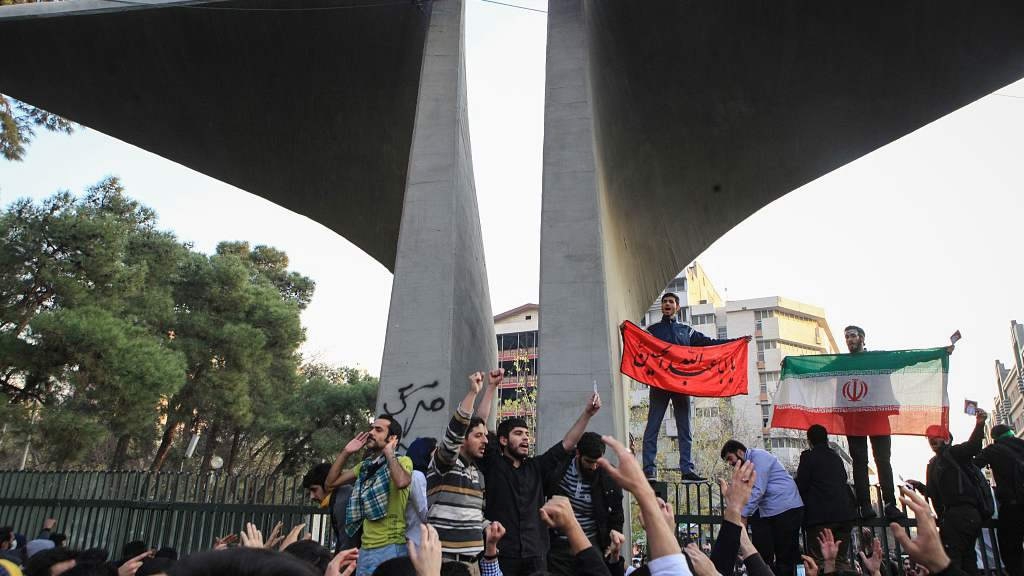 Waves of protest have taken place across Iran in the past few days. The Iranian government has suggested the unrest is supported and organized by the US; some Iranian conservatives maintain that President Hassan Rouhani’s government should be blamed for people’s dissatisfaction; others argue that opposition to Iranian foreign policy helped ignite the demonstrations.
Mashhad, where the first protest erupted, is home to many Iranian conservatives. Conservative cleric Ebrahim Raisi, Rouhani’s rival in the presidential election last year, comes from the city. It’s worth noting that the protest began one day after the central government announced that Iranian women would no longer be arrested over “improper veiling,” which is viewed by conservatives as a major challenge to “Islamic law” in Iranian society.
The protests can be attributed to several factors. First, many Iranians have been disappointed by the economic and social realities since Rouhani assumed power in 2014. 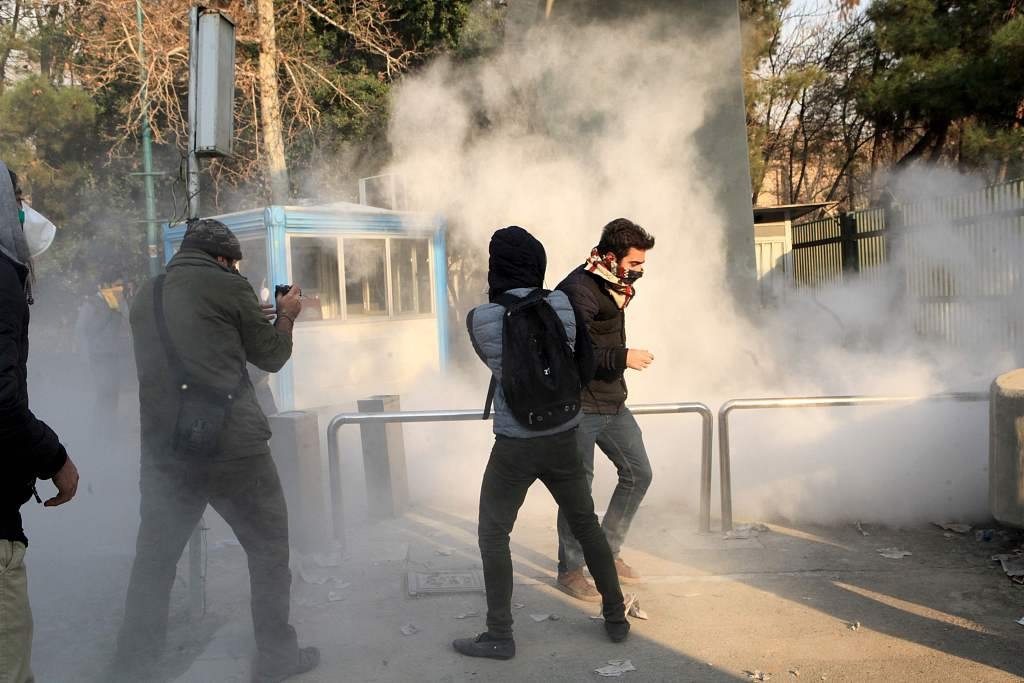 Iranian students in Tehran run for cover from teargas at the University of Tehran during a demonstration driven by anger over economic problems, December 30, 2017. /VCG Photo

Iranian students in Tehran run for cover from teargas at the University of Tehran during a demonstration driven by anger over economic problems, December 30, 2017. /VCG Photo

It is often assumed that low living standards and desperation will induce political mobilization. yet protests are rarely triggered by the level of poverty in itself－namely, absolute poverty－but rather poverty on a relative contextual basis.
Many people have joined the protests to express disappointment over unpaid wages, high unemployment, widening social inequality and lost deposits amid bankruptcies of unlicensed credit and financial institutions. Some demonstrators chanted “Death to Rouhani” and many voiced frustration at the Iranian government’s economic and social policies.
Complaints at the rallies have also included criticism of Iran’s military involvement abroad, the funding of it, and a perception that the government is not assuming responsibility for its own people.
A crucial time
Since 2011 when the “Arab Spring” erupted in the Middle East, the Iranian Revolutionary Guard, led by General Qasem Soleimani, has achieved a series of military victories in Iraq and Syria. 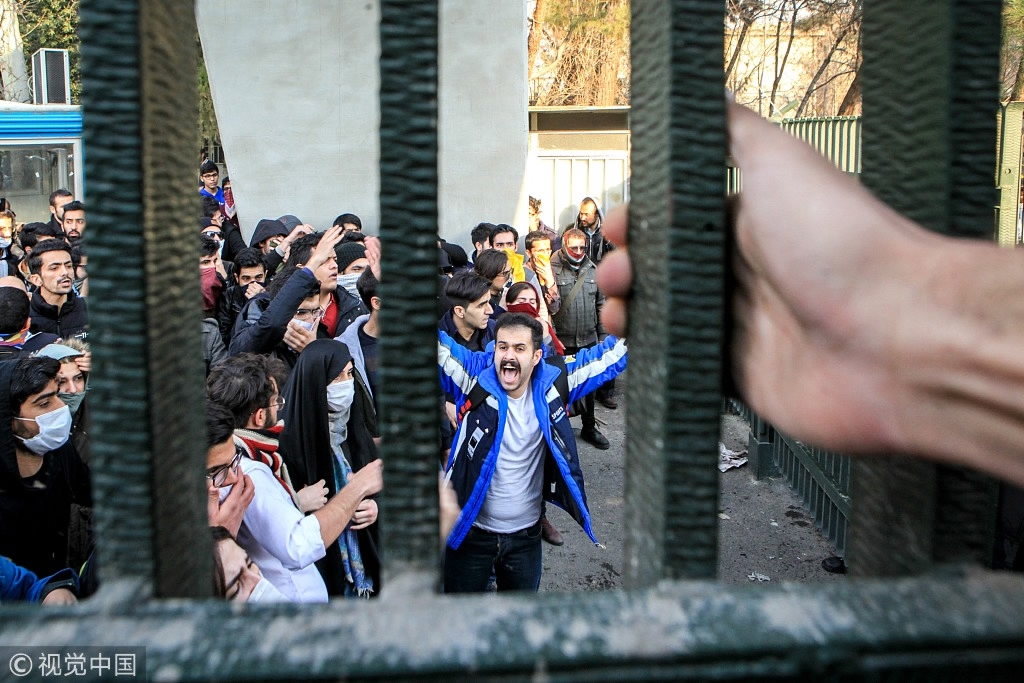 However, the military campaigns have exhausted significant economic resources. Some protesters in Tehran and other cities chanted slogans such as “Withdraw from Syria and think about us”, “Not to go to Lebanon and Gaza… Yes to Iran.” These slogans encapsulate the anger and opposition to Iranian involvement overseas.
When Rouhani became president in 2014, many Iranians hoped he would significantly improve living standards and social justice through reconciliation with the US as well as economic and political reforms. However, economic difficulties remain and political change is slow.
Drastically reduced inflation and the return of economic growth under Rouhani have not yet translated into high job creation. This has occurred in an environment where excitement about the future is clashing with a reality in which the promised dividends of the nuclear deal, which while greatly strengthening state finances, have yet to trickle down to the average Iranian.
Protesters variously attribute the economic difficulties to the political system led by Iranian supreme leader Grand Ayatollah Seyyed Ali Khamenei, to the Iranian government and Rouhani, and to Iranian Revolutionary Guard’s activities overseas.
It is a crucial time for the Iranian leadership to reconsider the economic and social problems the country faces.
(The author is a PhD candidate at the School of Political Science of University Haifa and a research fellow at Syria Research Center of Northwest University. The article reflects the author’s opinion, and not necessarily the views of CGTN.)