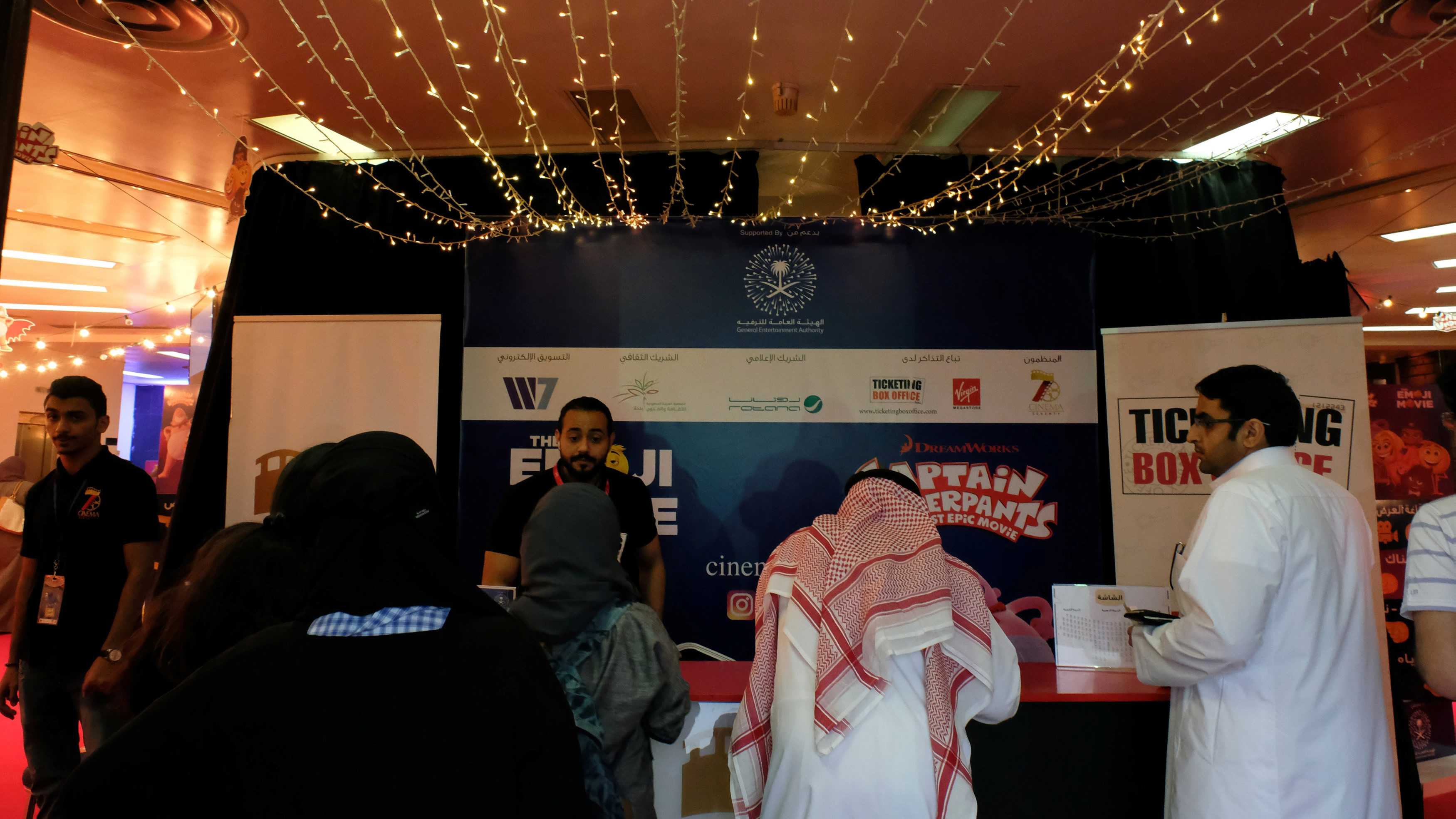 Saudi Arabia began screening feature-length animated children's films last weekend in a makeshift cinema at a cultural club in Jeddah, after a 35-year-old ban on cinemas was lifted in the conservative Islamic kingdom.
After watching the movie with his wife and daughter on Sunday evening, 28-year-old Sultan al-Otaibi said Saudis are happy to see movies in the theater instead of staying at home.
"It's more comfortable, more fun to have a change of scenery and an activity on the weekend. It is a step that was very late in coming but thank God it’s happening now." 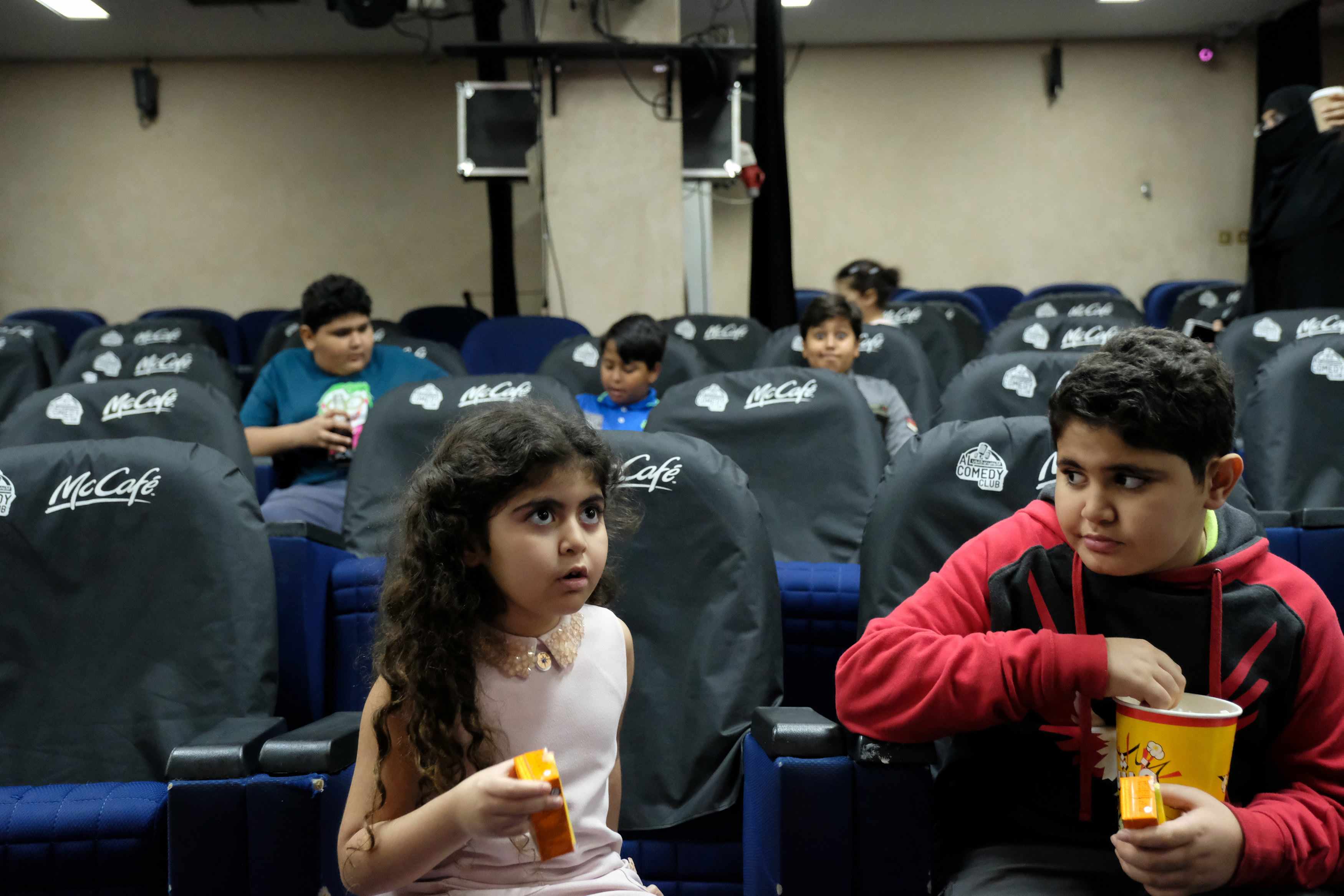 The first permanent theaters could open as early as March, part of a liberalizing reform drive that has already opened the door to concerts, comedy shows and women drivers over the past year.
For now, the authorities are sponsoring temporary settings, like the state-run cultural hall in the Red Sea city of Jeddah equipped with a projector, a red carpet and a popcorn machine. 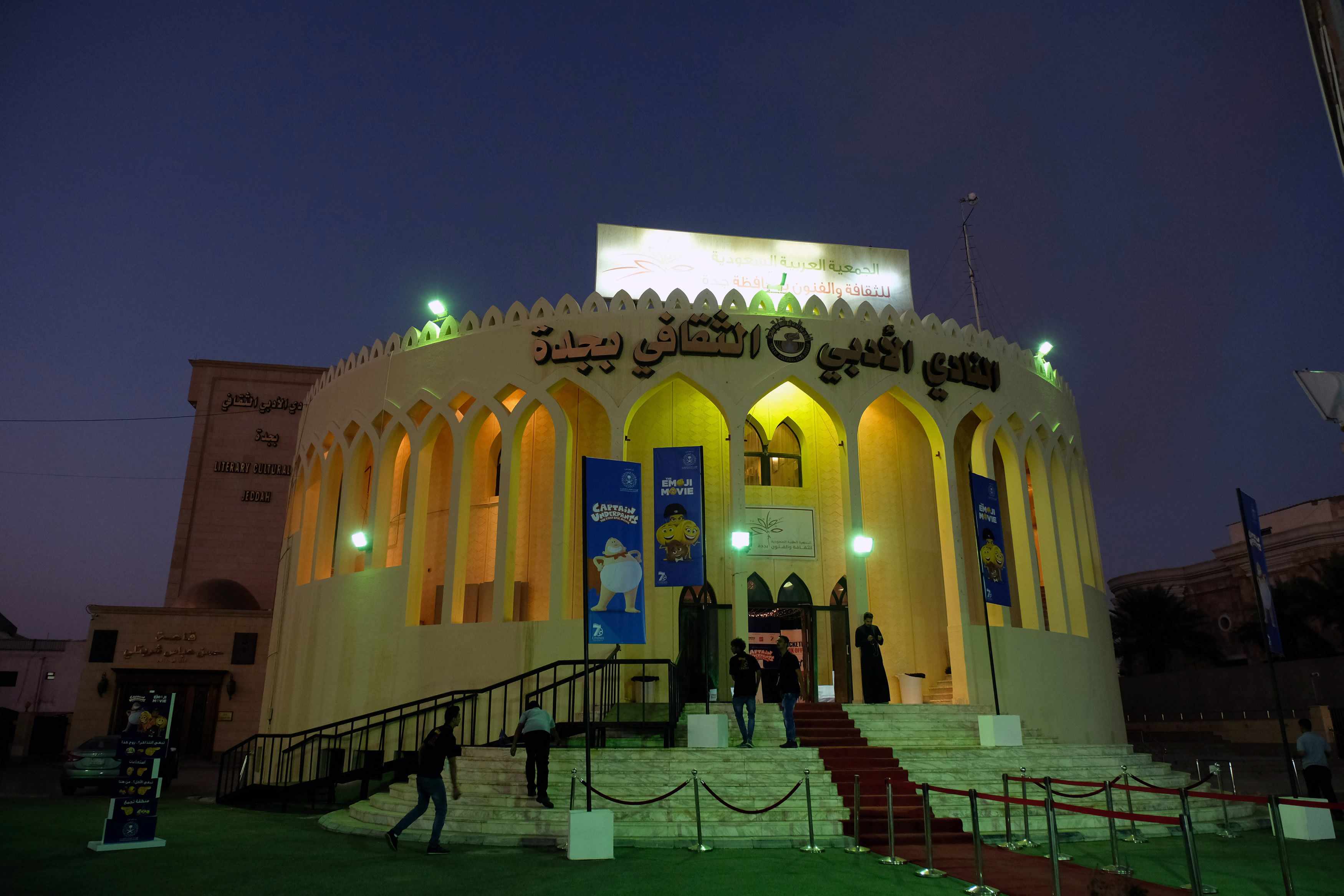 "Until now, there is no infrastructure for movie theaters, so we are trying to take advantage of (alternative) venues to approximate the cinematic form," said Mamdouh Salim, whose Cinema 70 brand organized the week-long screenings.
"We tried to use these films to be a starting point as the first cinematic screening after the decision on December 11 to permit movie theaters."
Cinemas were banned in the early 1980s under pressure from Islamists as Saudi society turned towards a particularly conservative form of religion that discouraged public entertainment and public mixing between men and women. 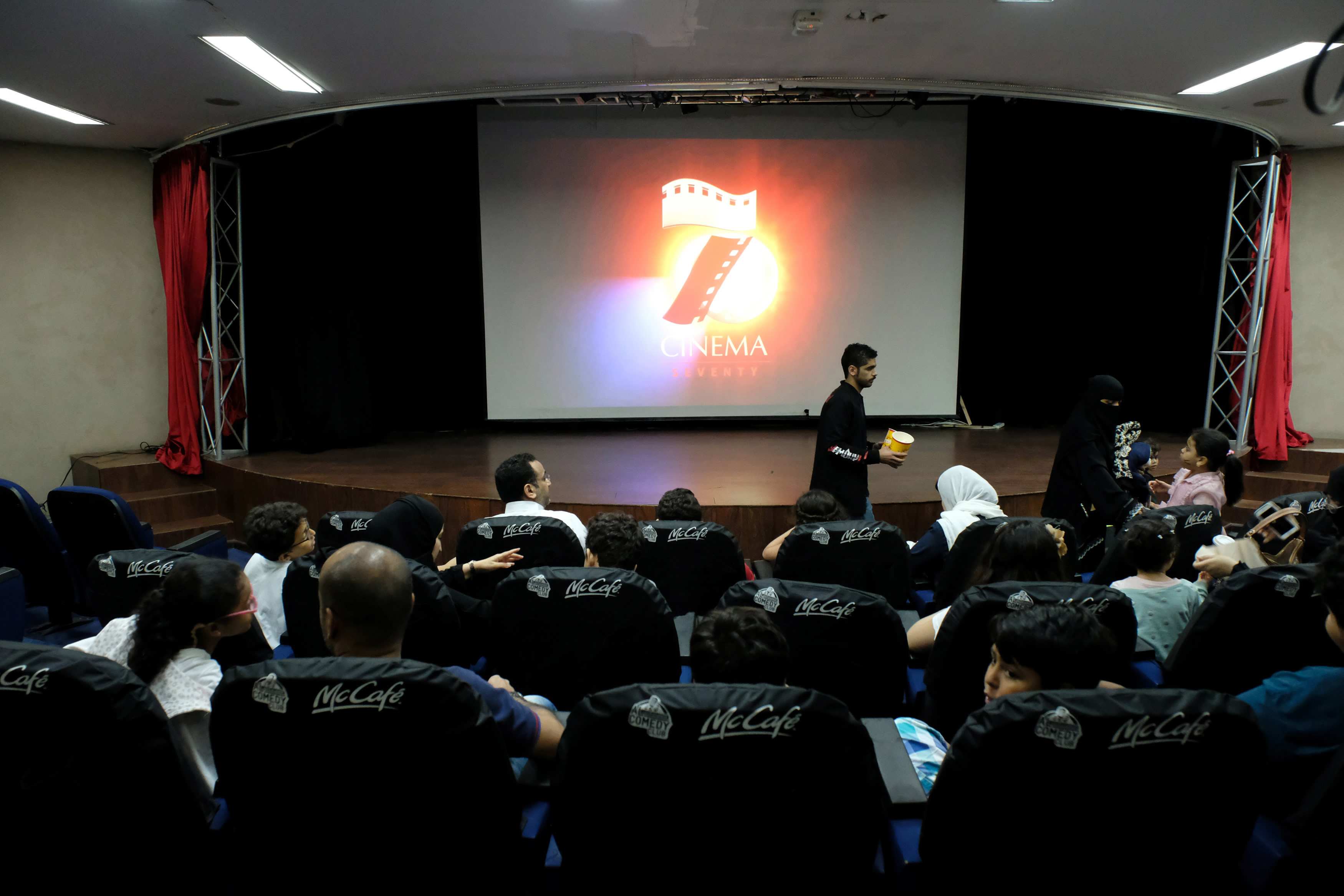 People are seen inside the first Saudi Arabia cinema in Jeddah. /Reuters Photo

People are seen inside the first Saudi Arabia cinema in Jeddah. /Reuters Photo

But reforms led by 32-year-old Crown Prince Mohammed bin Salman have eased many of those restrictions, as the government tries to broaden the economy and lessen its dependence on oil.
In a nod to conservatives, films will be censored to make sure they remain in line with the kingdom’s "moral values." 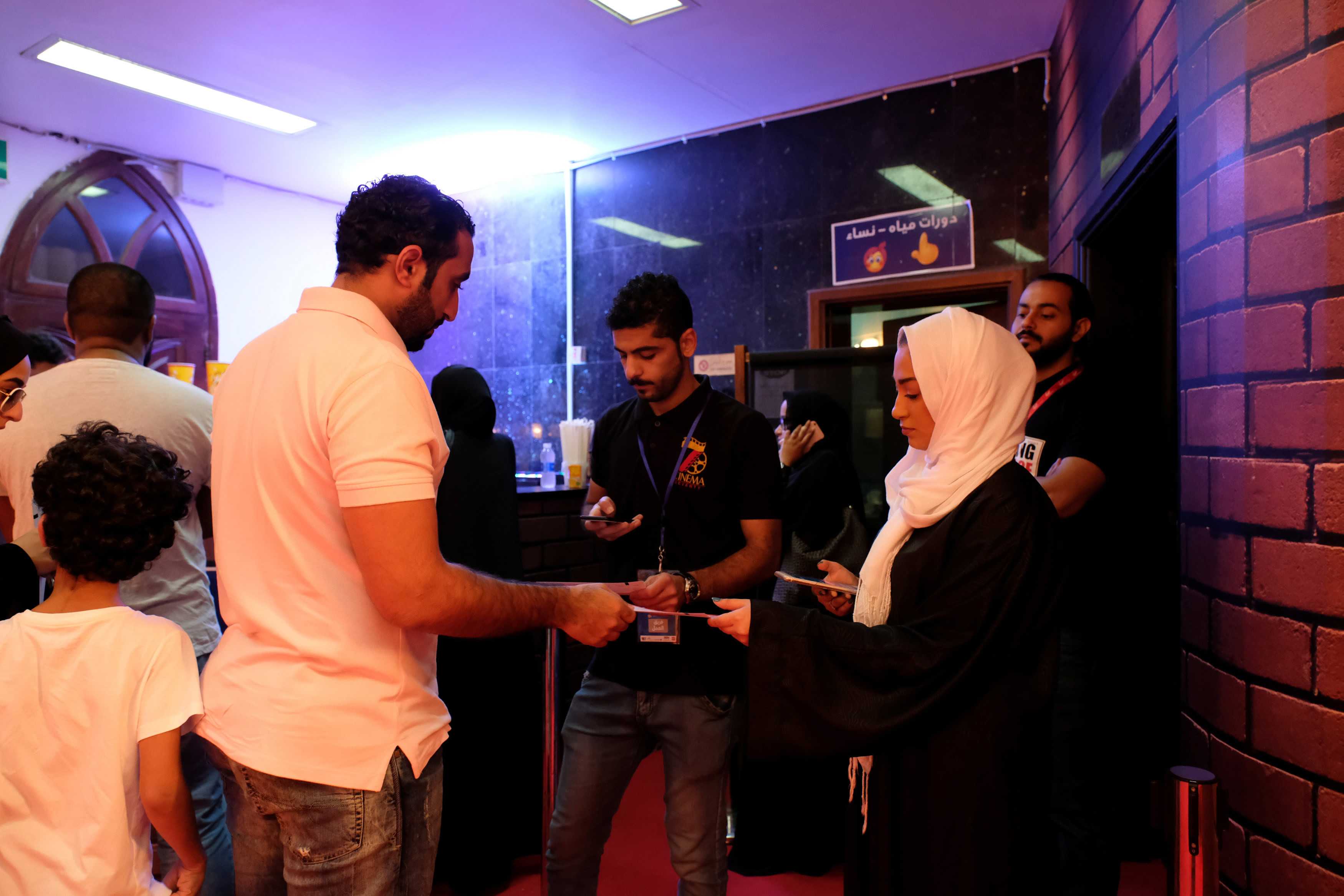 The authorities expect to open 300 cinemas with 2,000 screens by 2030, building an industry it hopes will contribute more then 90 billion riyals (24 billion US dollars) to the economy and create 30,000 permanent jobs.
Regional and international cinema chains are also eyeing the Saudi market, keen to tap the spending power of the young people who make up roughly 70 percent of the population.
"I want to see everything because it is something new for Saudi," said 30-year-old movie-goer Ibtisam Abu Talib. "I hope everything is available – action, romance, children’s films, comedy. Everything, God willing."
Source(s): Reuters