Gabon hopes China will continue to support its development
CGTN 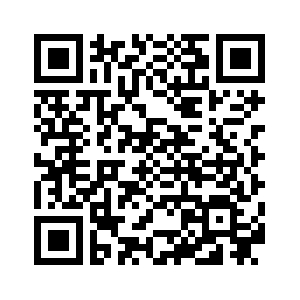 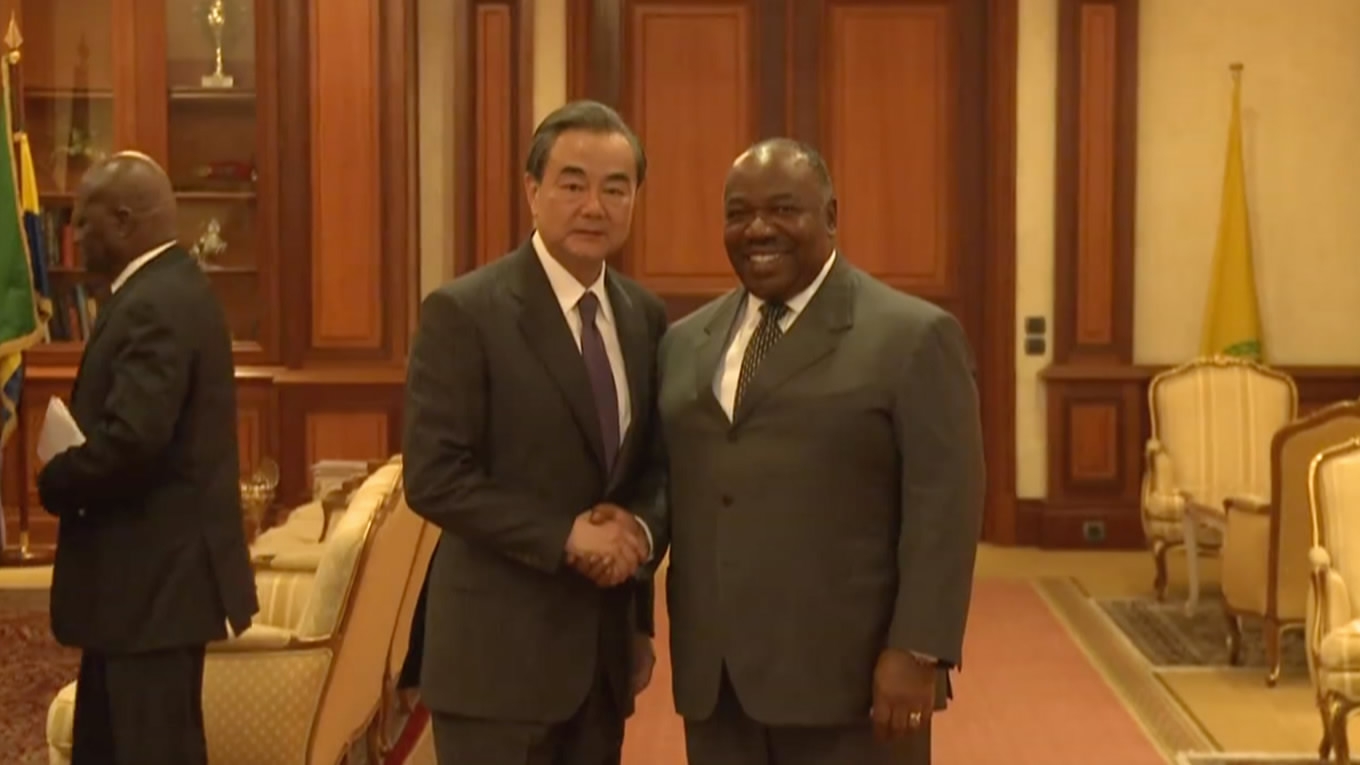 ‍Gabonese President Ali Bongo Ondimba on Monday expressed hope that China will continue to support his country's development.
He made the remarks in a  meeting with visiting Chinese Foreign Minister Wang Yi in the capital Libreville.
Expressing his gratitude to Chinese President Xi Jinping and the Chinese people for his warm reception during his visit to China in 2016, Ali Bongo said that his visit has strengthened his determination and confidence in deepening Sino-Gabonese ties.
He said that Gabon has rich resources and huge economic potentials and the country has ratified the strategy of economic diversification and hoped that China, as Gabon's reliable cooperative partner, will continue to support the country's development, and carry out cooperation with Gabon in areas such as mining, fisheries and agro-processing.
The Gabonese president also appreciated the Chinese foreign policy that features friendly cooperation and mutual respect, adding that Gabon also welcomes the important role that China plays in African affairs. 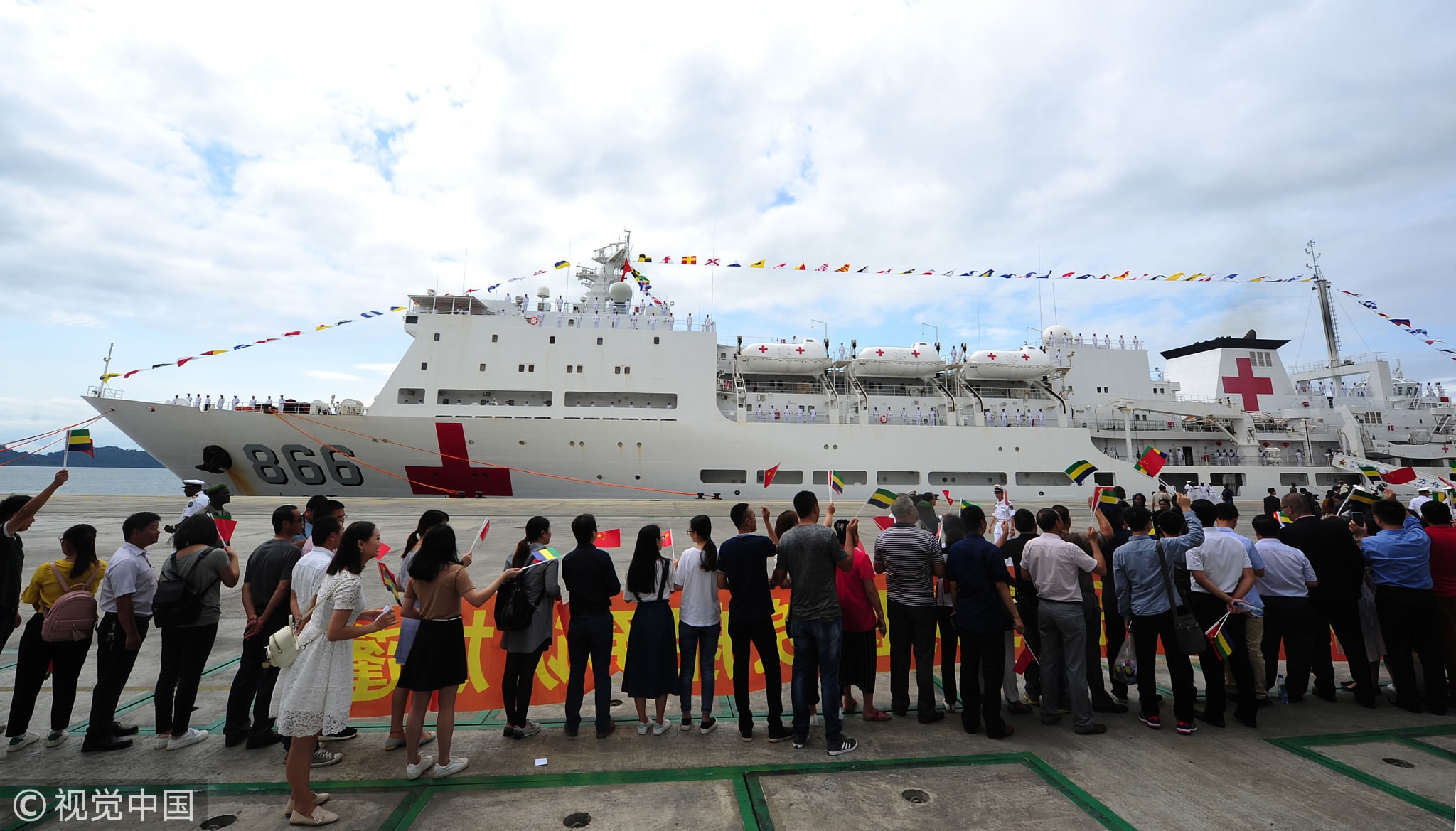 He said that Gabon will firmly stick to the one-China policy and support China's unity as well as its efforts to safeguard its legitimate rights and interests in the South China Sea.
"China will work closely with Gabon on the success of the FOCAC Beijing summit, and open up new frontiers for China-Africa comprehensive strategic cooperative partnership through bilateral cooperation in the Belt and Road Initiative," Wang said. 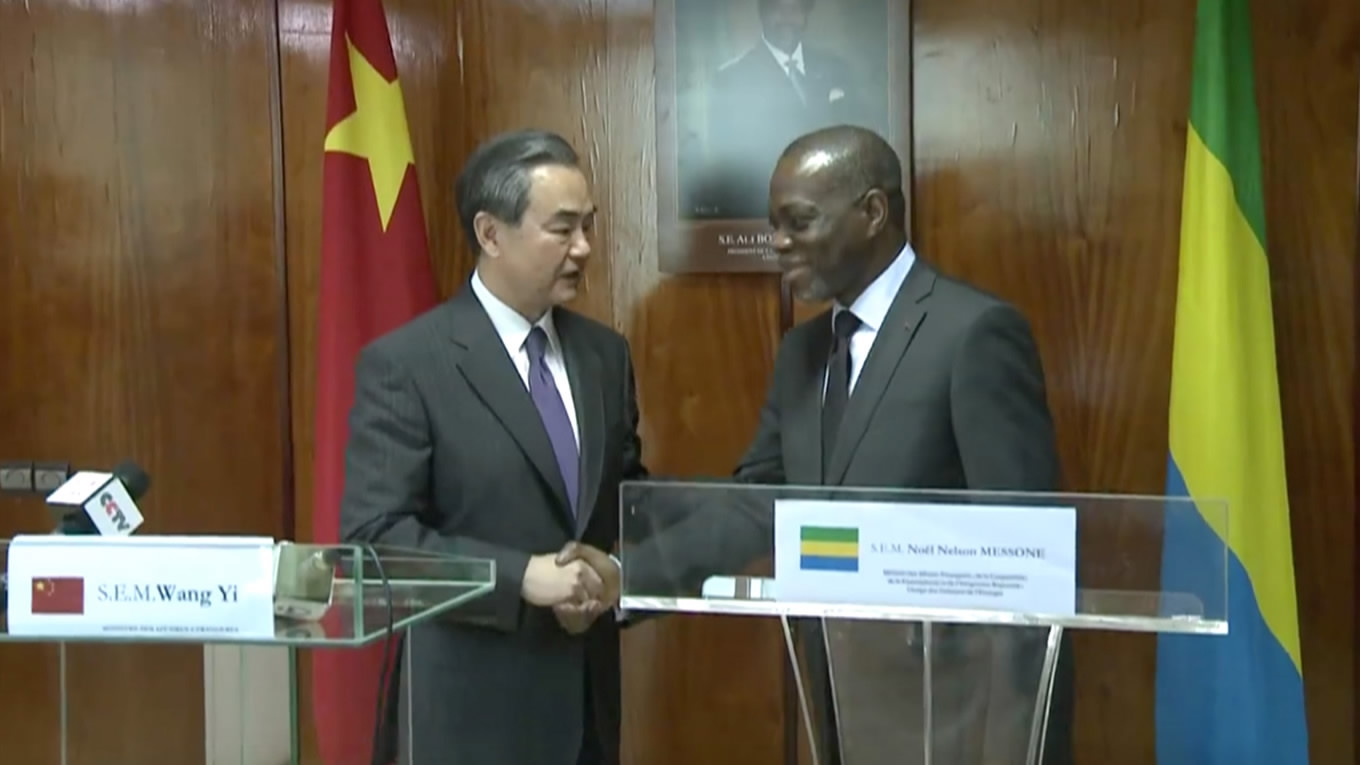 Gabon's Foreign Minister Noel Nelson Messone added that Gabon is ready to join China's Belt and Road Initiative, saying that the initiative will help build a world economy that is more open and promote Africa's development.
Messone hailed China as Gabon's reliable friend, saying China's long-term and sincere support in areas such as politics and the economy has played a significant role in Gabon's development.
Messone said that Gabon is willing to continue mutually beneficial cooperation with China on trade, infrastructure, agriculture, education, health and defense.
Gabon is also willing to play an active role in efforts to ensure the success of the Forum on China-Africa Cooperation (FOCAC) summit, and to deepen Africa-China cooperation, said Messone. 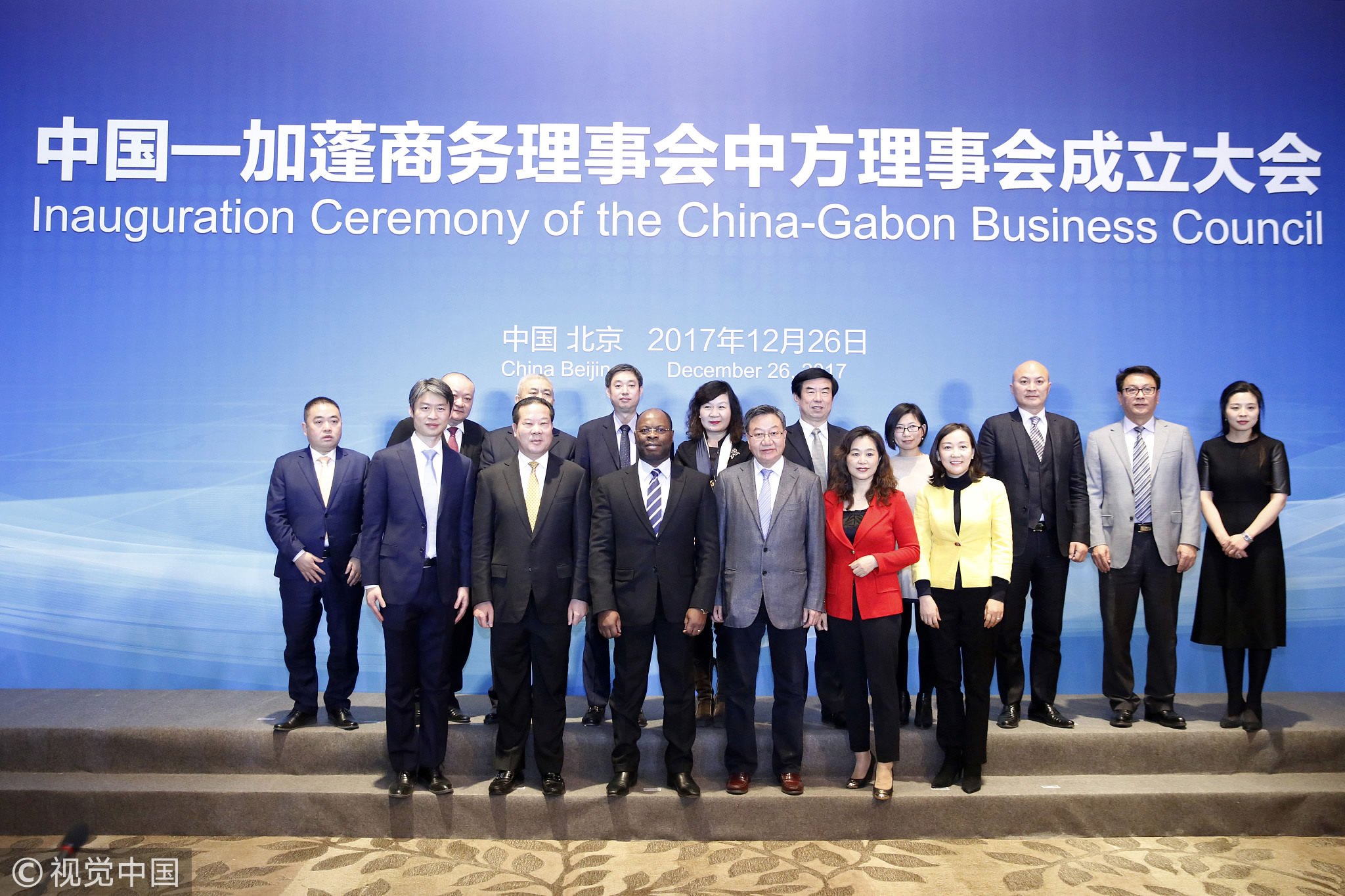 The Inauguration Ceremony of the China-Gabon Business Council held in Beijing on Dec. 26, 2017. /VCG Photo

The Inauguration Ceremony of the China-Gabon Business Council held in Beijing on Dec. 26, 2017. /VCG Photo

As trustworthy and supportive partners, China and Gabon should continue to understand and support each other on issues concerning each other's core interests, said Wang.
China supports Gabon's efforts to realize economic diversification, said Wang, adding that China will continue to provide necessary support for Gabon in infrastructure development.
China will also promote industrial cooperation with Gabon in key areas such as mining, fishing, forestry and agriculture, and help Gabon elevate their self-development capacity, said Wang.
He also called for bilateral cooperation in efforts to deal with regional and global challenges, and strengthen their communication and coordination on regional and international issues such as climate change in order to maintain the common interests of developing countries.
Source(s): Xinhua News Agency