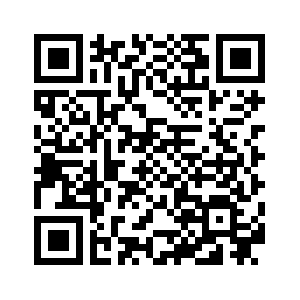 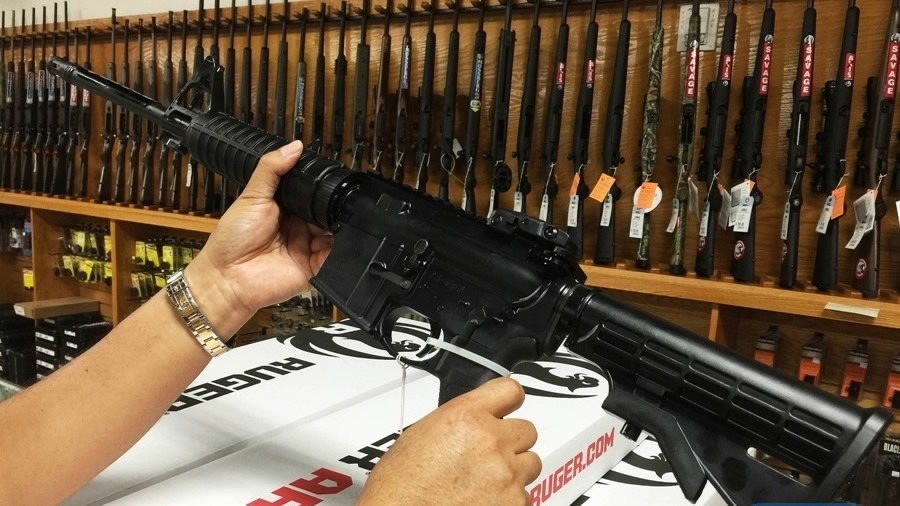 Congress may have found a surprising ally in the form of the National Rifle Association (NRA) in their efforts to ban the devices that the Las Vegas shooter used to convert his rifles into rapid-fire killing machines.
On Thursday, NRA leaders Wayne LaPierre and Chris Cox called on US authorities to review the laws surrounding so-called bump stocks, breaking the pro-gun lobby group's traditional stance of outright rejecting any and all gun control efforts.
“The NRA believes that devices designed to allow semi-automatic rifles to function like fully-automatic rifles should be subject to additional regulations,” they said. 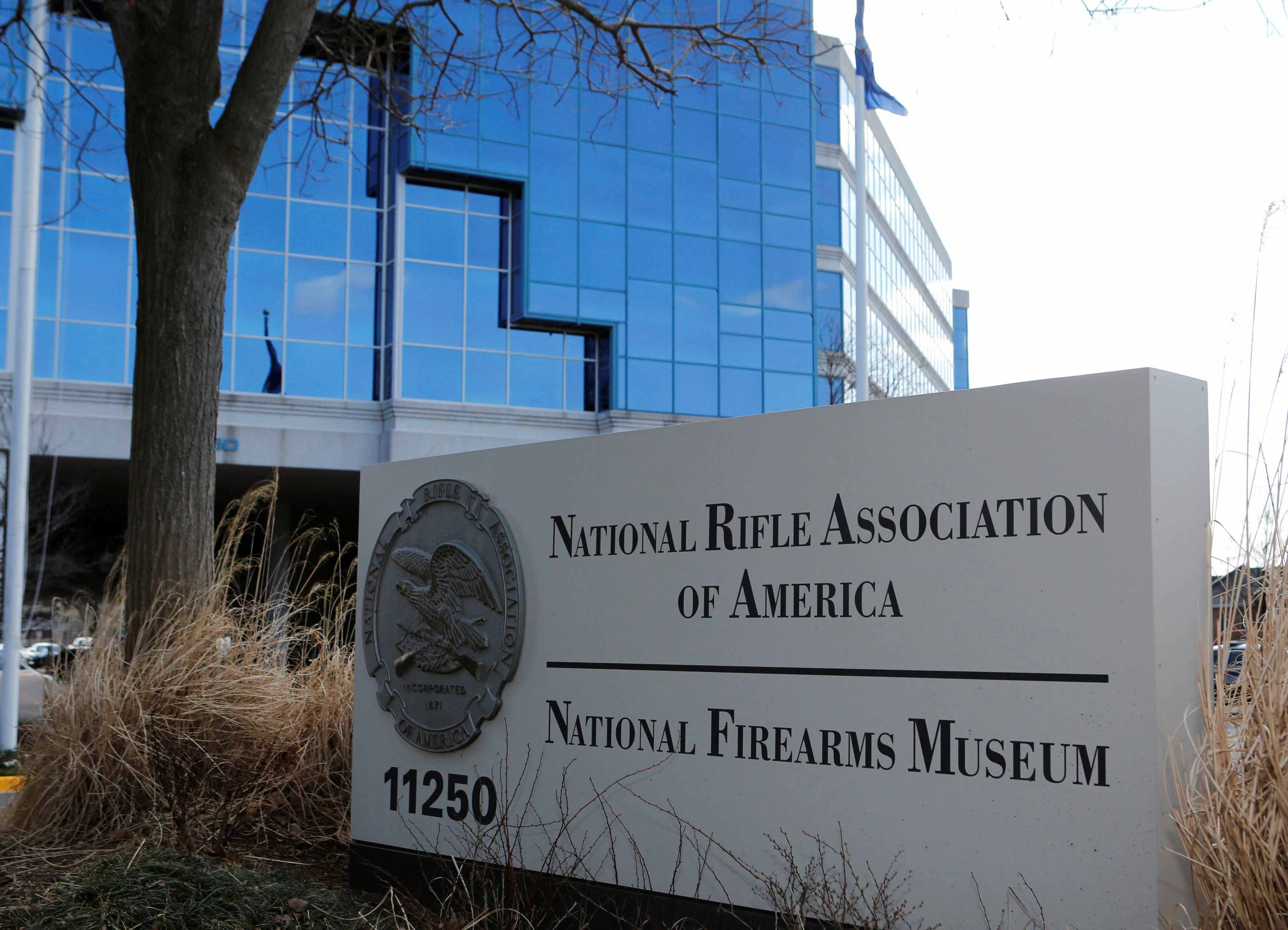 A sign of the National Rifle Association (NRA) is seen in front of their headquarters in Fairfax, Virginia, US. /Reuters Photo

A sign of the National Rifle Association (NRA) is seen in front of their headquarters in Fairfax, Virginia, US. /Reuters Photo

The statement is seen as a notable concession by the NRA and could open the door to a broader debate about bump stocks.
As police search for more clues into what drove Stephen Paddock to murder 58 people and injure nearly 500 at a country music concert, the White House also announced it was “open” to congressional debate about the devices.
The spring-loaded mechanism uses the recoil of the rifle to repeatedly and rapidly pull the trigger, allowing the user to fire several hundred rounds per minute. 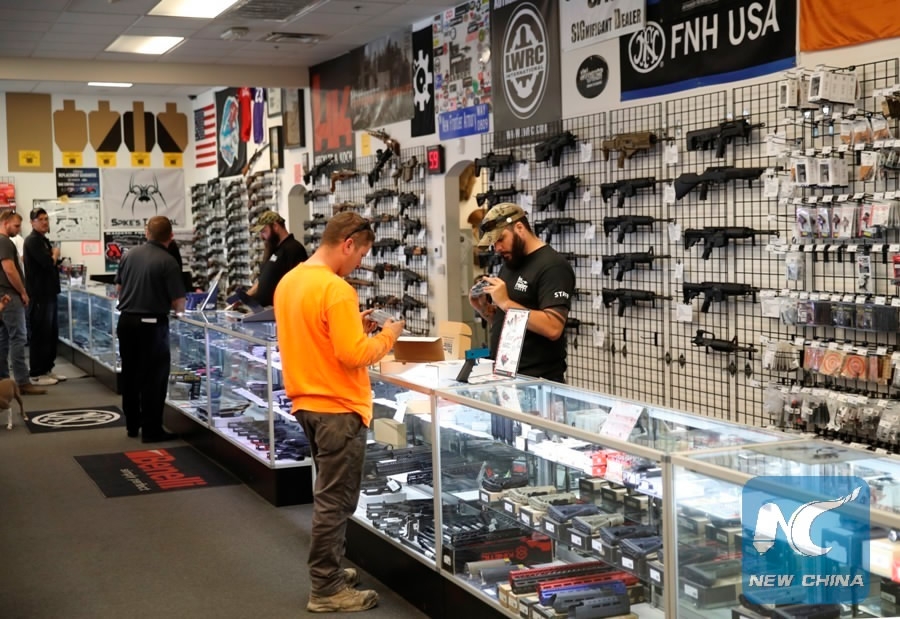 “Members of both parties and multiple organizations are planning to take a look at bump stocks,” White House Press Secretary Sarah Huckabee Sanders told reporters.
“We welcome that and would like to be part of that conversation.”
Momentum in Congress
As Congress appeared prepared to at least consider moving forward on the first limits on guns in years, the NRA and White House announcements give cover to Republican lawmakers, many of whom receive NRA funding, to back current legislation that would ban the sale or possession of such devices.
Democrats in both the House and Senate have introduced bills banning bump stocks and similar devices, like trigger cranks, that can accelerate the firing rate of a semi-automatic weapon to nearly that of a machine gun.
Senator Diane Feinstein, whose assault weapons ban was defeated in 2013, four months after the Newtown shooting where 20 elementary school children were shot dead, said she hoped now was the time Republicans could support her measure to curtail the use of bump stocks. 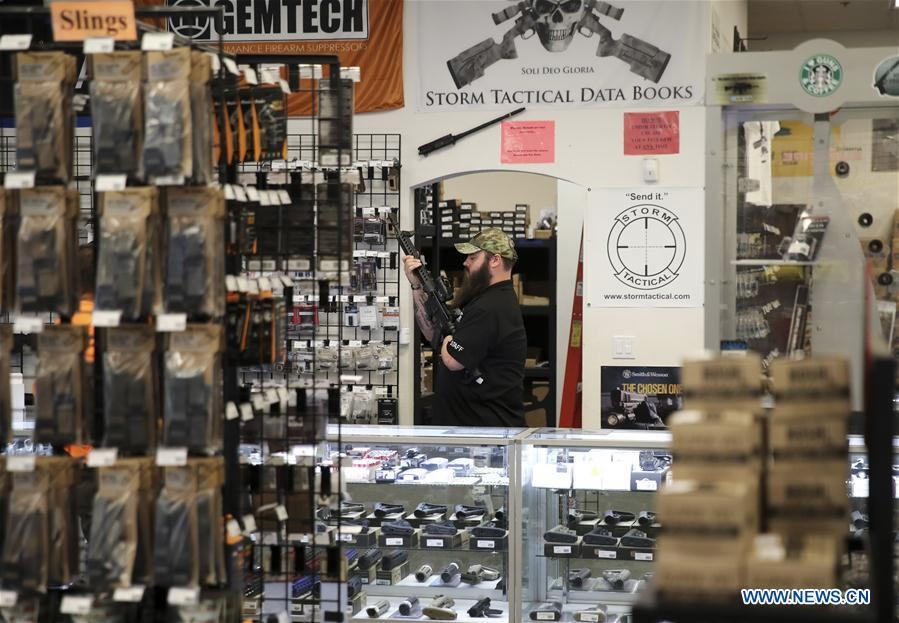 Republican Senator Lindsey Graham said he was open to hearings on bump stocks, the use of which “defies the spirit of the law against automatic weapons.” But not all Republicans were on board. “I don’t think this is about bump stocks,” Senator John Kennedy said.
Escape planned?
“We’re determined to find out if there was,” Las Vegas Sheriff Joseph Lombardo told reporters late Wednesday, adding that he believed Paddock was seeking a way out after his murder spree.
“He was doing everything possible to see how he could escape at this point,” Lombardo said.
The attack unfolded in just 10 minutes from the first shot to the last, but Paddock was not confirmed dead for more than an hour after that.
When a SWAT team stormed the room where Paddock had been staying since September 28, they found he had killed himself.
Source(s): AFP