Palestinian leaders call for suspension of recognition of Israel
CGTN 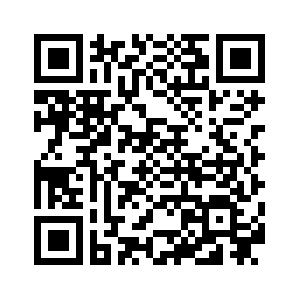 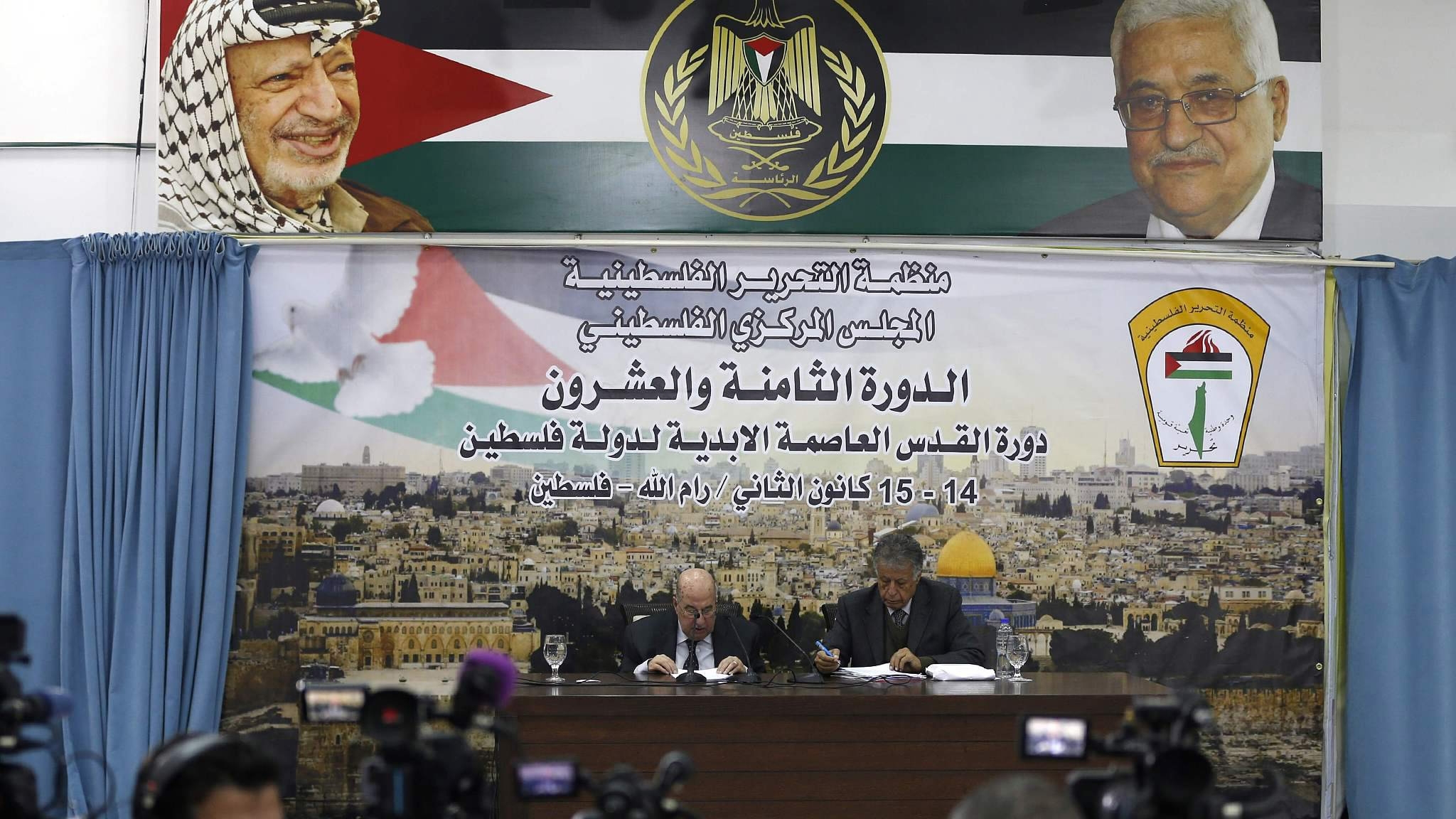 In a move with potentially deep implications, Palestinian leaders voted on Monday to call for the suspension of the recognition of Israel, a response to US President Donald Trump's declaration of Jerusalem as Israel's capital.
While withdrawing the Palestine Liberation Organisation's (PLO) recognition of Israel could spark international backlash, it was unclear whether the vote was binding.
A previous vote by the same Palestinian Central Council, a high-ranking arm of the PLO, in 2015 to suspend security coordination with Israel was never implemented. That vote was also reaffirmed on Monday. 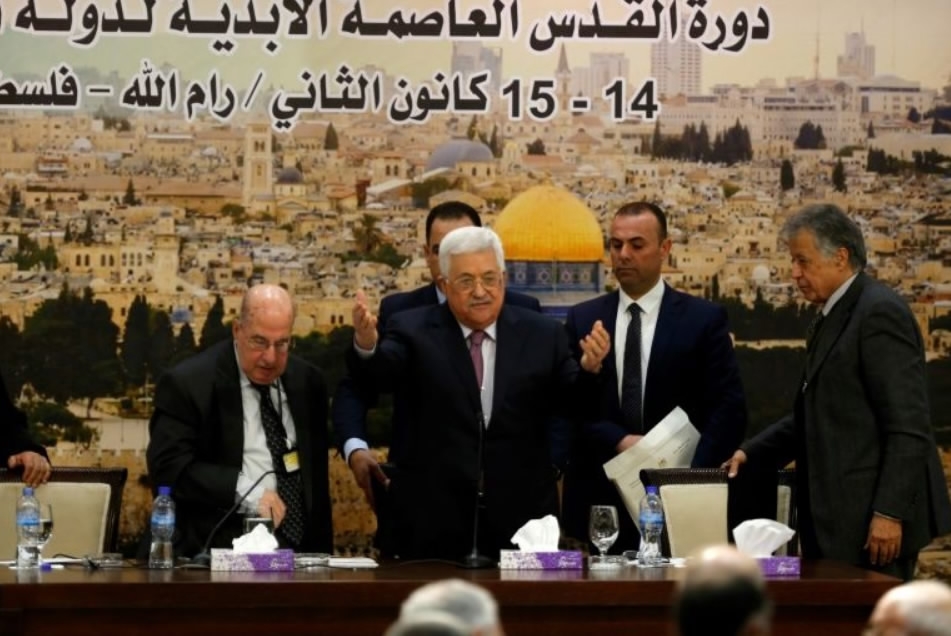 Palestinian president Mahmud Abbas (C) at a meeting in the West Bank city of Ramallah on Jan. 14, 2018. /AFP Photo

Palestinian president Mahmud Abbas (C) at a meeting in the West Bank city of Ramallah on Jan. 14, 2018. /AFP Photo

However, even if the move goes no further, the vote was another expression of Palestinian fury over Trump's Jerusalem declaration and what they see as the White House's attack on their long bid for statehood.
On Sunday as he opened the meeting, Palestinian president Mahmud Abbas, who voted in favor of the suspension, called Trump's peace efforts the "slap of the century."
The vote ordered the PLO to suspend its recognition of Israel until it "recognizes the state of Palestine", cancels its annexation of east Jerusalem and stops settlement activity, a statement said.
The PLO is considered the official representative of the Palestinians internationally and formalized its recognition of Israel in 1993.
In a statement, the delegates also backed comments on Sunday by Abbas that the Oslo peace accords of the early 1990s, which form the basis of the Palestinians' relations with Israel, were "finished."
Abbas had said that Israel had ended the accords through its actions, referring to activities seen as eroding the possibility of a two-state solution such as persistent settlement building.
Removing the 'mask'?
There was no immediate Israeli reaction to the vote, but earlier Monday, Prime Minister Benjamin Netanyahu said Abbas’s comments had “torn off” his “mask” as a supposed moderate.
Hamas, the Palestinian Islamist movement that runs the Gaza Strip and does not recognize Israel, appeared to welcome the vote but said in a statement that the "real test" would be "to implement it effectively on the ground and put in place the necessary mechanisms." 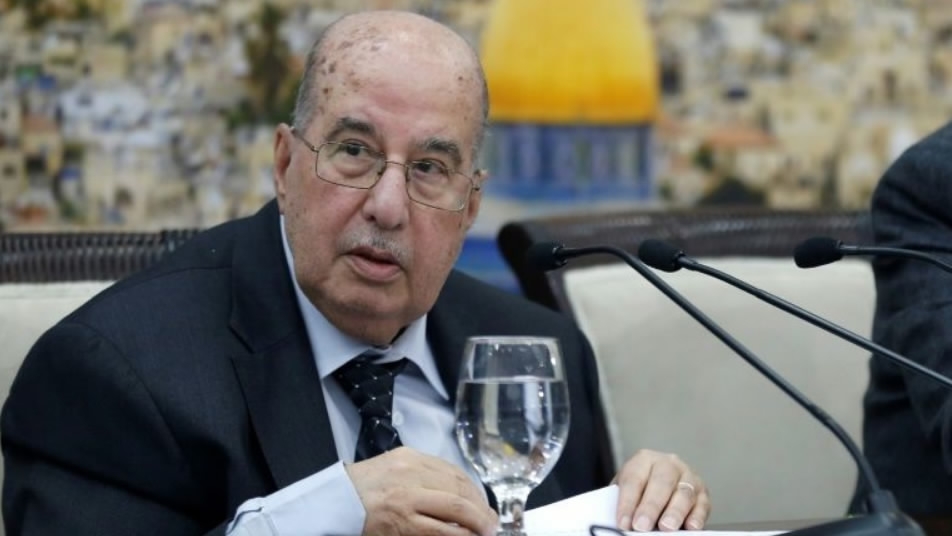 Senior Palestinian official Salim Zaanoun reads a statement at the end of a meeting of the Palestinian Central Council in the West Bank city of Ramallah, Jan. 16, 2018. /VCG Photo

Senior Palestinian official Salim Zaanoun reads a statement at the end of a meeting of the Palestinian Central Council in the West Bank city of Ramallah, Jan. 16, 2018. /VCG Photo

The rare meeting of the PCC was called after Trump's controversial Dec. 6 recognition of Jerusalem as Israel's capital.
Palestinians want the annexed eastern sector of the city as the capital of their future state, and Abbas has said Trump's stance means the US can no longer be the mediator in peace talks with Israel.
The US president has sought to bring Israel and the Palestinians back to the negotiating table, as talks have stalled since 2014.
Speaking late Sunday at the opening of the council, which brought together Palestinians from multiple political parties, Abbas told delegates: "We said 'no' to Trump, 'we will not accept your project'."
"The deal of the century is the slap of the century and we will not accept it," the 82-year-old leader added, referring to Trump's pledge to reach the "ultimate deal".
He instead called for an internationally mediated peace process.
Threat to cut aid
The Palestinians' relations with the US leadership have deteriorated rapidly since Trump's election.
He came to power promising to lead the most pro-Israel administration in history, but also to pursue a peace deal.
His envoys, including senior adviser and son-in-law Jared Kushner, had been shuttling between the two sides in search of common ground. 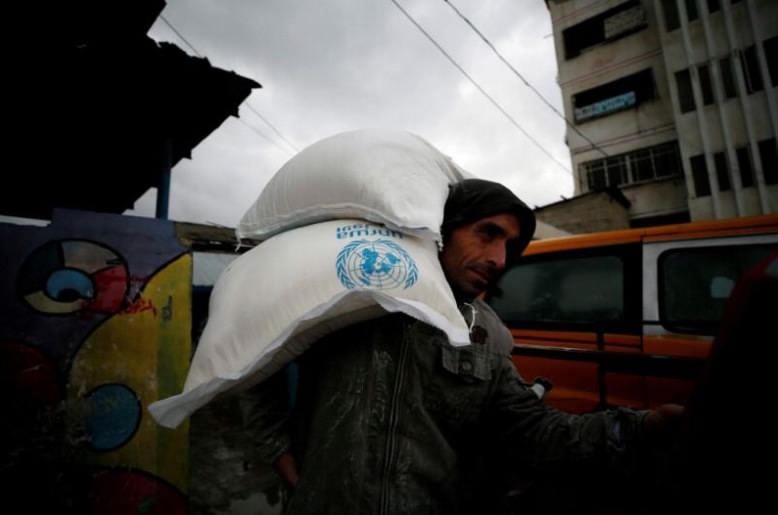 But Trump also infuriated the Palestinians by refusing to commit to the idea of an independent Palestinian state, and recently threatened to cut hundreds of millions of dollars in US aid.
The Jerusalem announcement prompted the Palestinians to freeze ties with the administration, and Abbas is expected to shun Vice President Mike Pence when he visits the region next week.
On Sunday night, Abbas slammed the US ambassadors to Israel and the United Nations, David Friedman and Nikki Haley, calling them a "disgrace".
Both Trump appointees have been strong supporters of Israel, with Friedman having backed Jewish settlements in the occupied West Bank.
An indignant Abbas also said that Trump had accused them of refusing to engage in peace negotiations.
"May God demolish your house. When did we refuse?" he said, using a common Arabic curse.
Source(s): AFP