Opinion: A Chinese global vision – of all, by all and for all
Guest commentary by Wang Yiwei 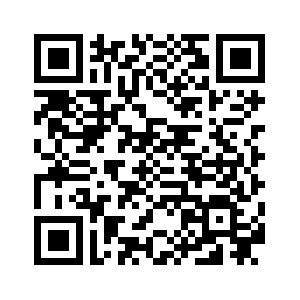 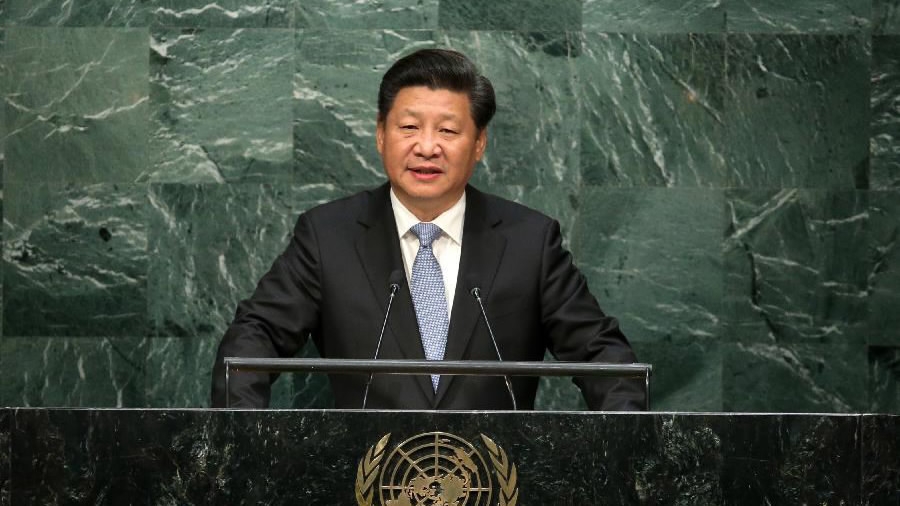 When the Great Way prevailed, the world community was equally shared by all. The worthy and able were chosen as office-holders. Mutual confidence was fostered and good neighborliness cultivated. Therefore, people did not regard as parents only their own parents, nor did they treat children only their own children. Provision was made for the aged till their death, the adults were given employment, and the young enabled to grow up. Old widows and widowers, the orphaned, the old and childless, as well as the sick and the disabled were all well taken care of. Men had their proper roles and women their homes. While they hated to see wealth lying about on the ground, they did not necessarily keep it for their own use. While they hated not to exert their effort, they did not necessarily devote it to their own ends. Thus evil schemings were repressed, and robbers, thieves and other lawless elements failed to arise, so that outer doors did not have to be shut. This was called the age of Great Harmony  (Ta Tung by Confucius).
Perpetual peace has been the dream of Confucius, Immanuel Kant and other philosophers for thousands of years. However, it is just a dream.
In reality, how can we achieve common security? It’s not just one’s security based on others’ insecurity. On the base of that, how should we seek common prosperity?
To answer all those questions, the Chinese proposition is the peace, security and prosperity of all, by all and for all, to share an open and inclusive system and a clean and beautiful globe. 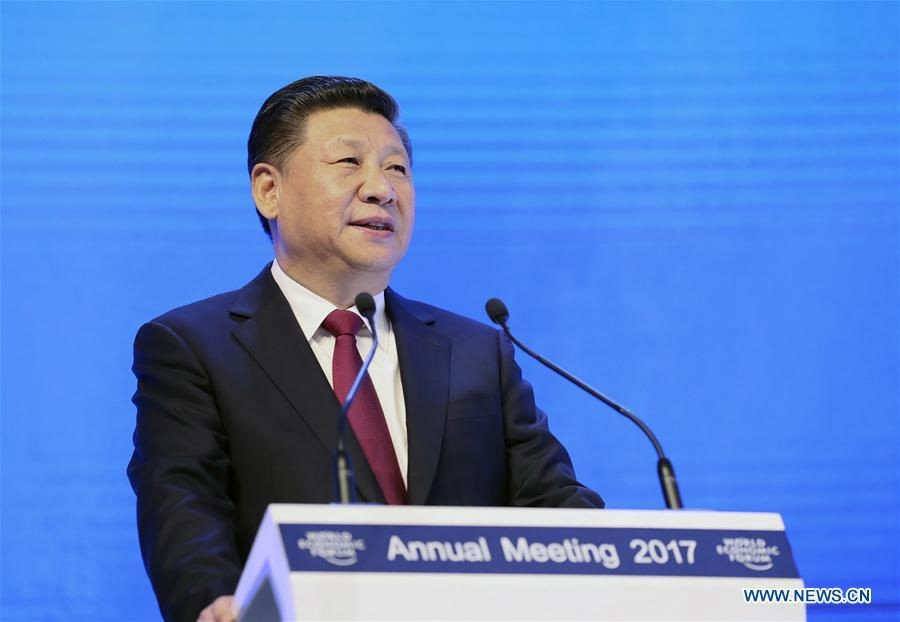 Moved by the Chinese traditional dream of the world as a commonwealth shared by all, Chinese President Xi Jinping advocated the building of a community of shared future for mankind to achieve shared and win-win development at the United Nations Office in Geneva on January 18, 2017:
• We should stay committed to building a world of lasting peace through dialogue and consultation.
• We should build a world of common security for all through joint efforts.
• We should build a world of common prosperity through win-win cooperation.
• We should build an open and inclusive world through exchanges and mutual learning.
• We should make our world clean and beautiful by pursuing green and low-carbon development.
A Community of Shared Future for Mankind has been written into the Constitution of the Communist Party of China and the Constitution of the People’s Republic of China, which means that China’s diplomacy outlook has been updated from the nation-oriented to  a humankind focus, from win-win to all-win since this concept was raised for the first time five years ago when President Xi put it forward in Moscow on March 23, 2013.
There are three major policy implications for a community of shared future for mankind:
• Mutual Benefit and Mutual Respect: Developing countries, particularly China's neighbors, are the natural partners to build such a community under the Belt and Road Initiative. In the meantime, China would also seek win-win cooperation and peaceful coexistence with Western countries, despite our differences in national systems. 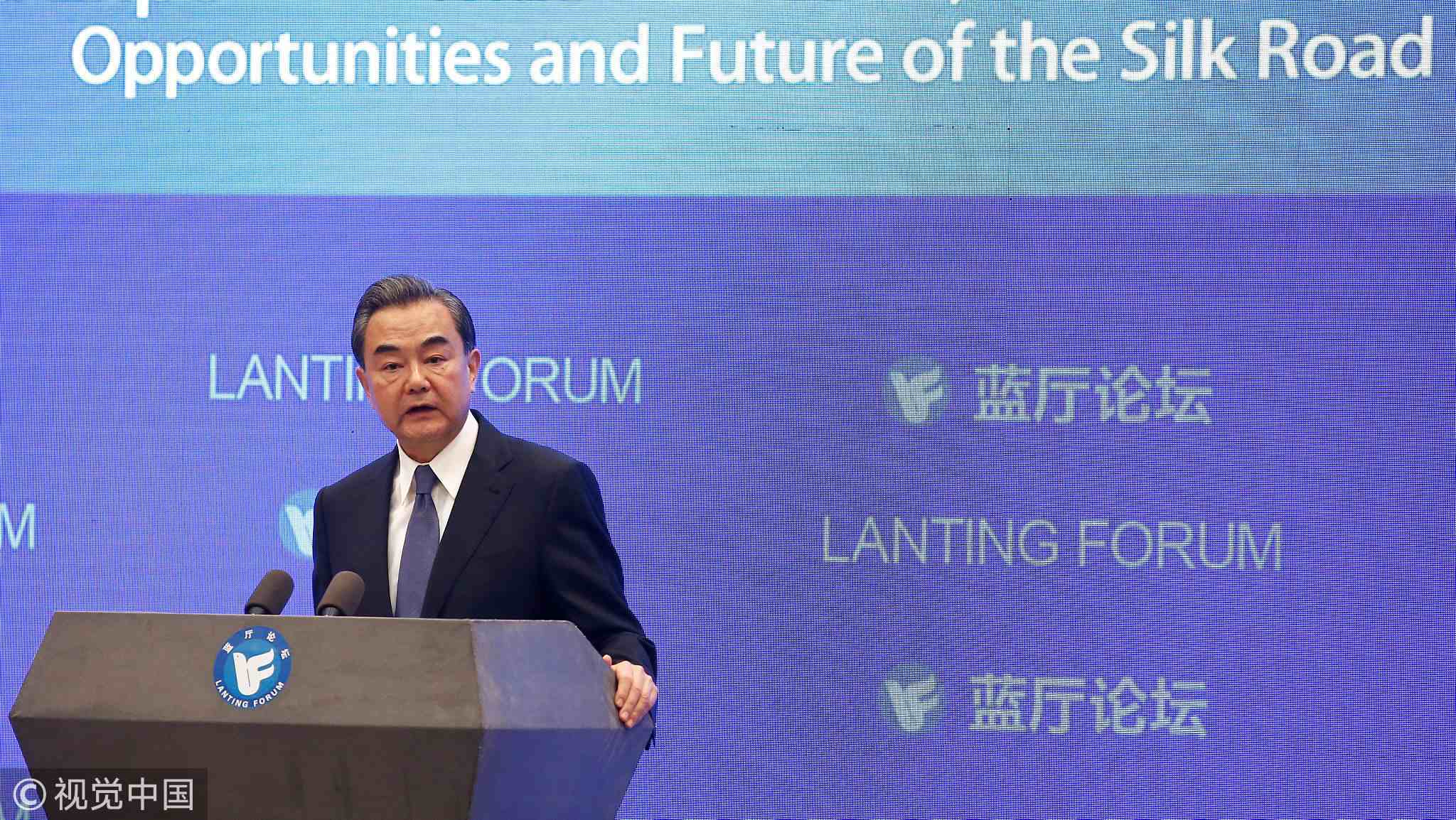 China's Foreign Minister Wang Yi speaks at the Lanting Forum about "Opportunities and Future of the Silk Road" in Beijing, August 3, 2016. /VCG Photo

China's Foreign Minister Wang Yi speaks at the Lanting Forum about "Opportunities and Future of the Silk Road" in Beijing, August 3, 2016. /VCG Photo

• Continuity and Creativity: Following international principles and laws since the modern international system was established, encouraging every country to hold its own fate, while building a new type of international relations with win-win cooperation at the core.
• Common Identity and Common Destiny: For socialist countries, the goal is to build a community with shared future with strategic purpose; for emerging powers, the common destiny is to work together to reform the international system to make it more inclusive, balanced and sustainable.
A Community with Shared Future for Mankind vows to shape new global governance with the principle of “of all, by all and for all” and to build a new type of international relations.
By pointing out the direction and drawing a blueprint for the international community to achieve enduring peace, common development and sustained prosperity, this propose represents China's global vision of pursuing both its own development and the development of the world and demonstrates that China is ready to shoulder its responsibility as a major country. 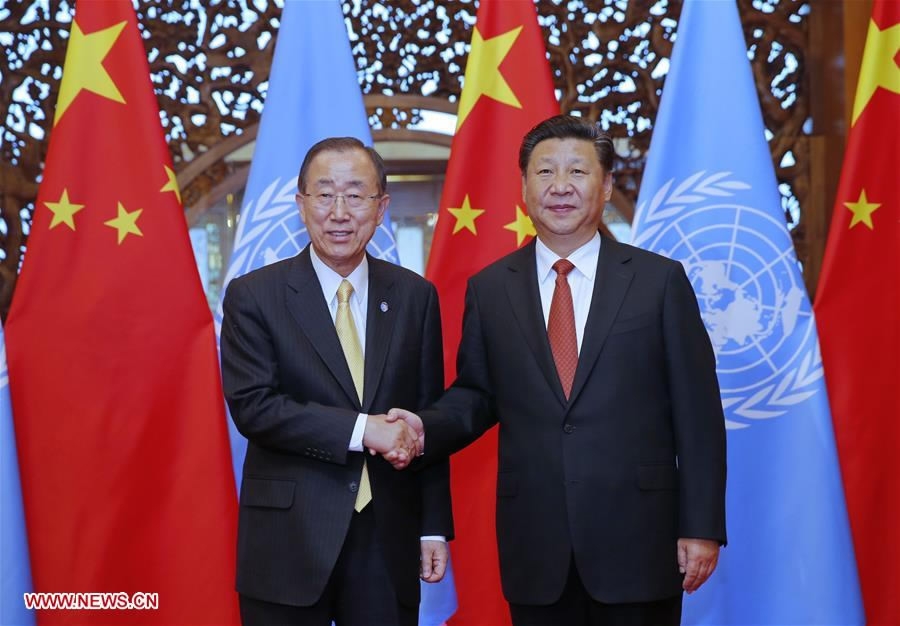 Therefore, it displays strong appeal, influence and vitality. China's endeavors have thus been well received and supported by the international community. The United Nations General Assembly, Security Council and some special committees have endorsed the concept in their resolutions.
To go beyond the national perspective and focus on humankind as a whole, to update the theme of a new era from current win-win cooperation to a common identity and common future, from international community to human community as the unit, China is ready to work together with the world to shape a new civilization of all, by all and for all.
(Wang Yiwei is the Jean Monnet Chair Professor at Renmin University of China. The article reflects the author's opinion, and not necessarily the view of CGTN.)