Why are Indian students choosing China over the UK?
By Abhishek G Bhaya 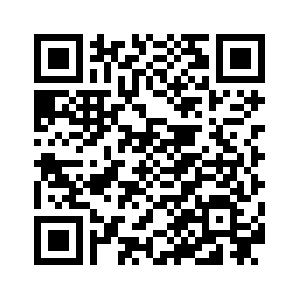 Ashwini Deshpande first came to China in 2012 as a student of Mandarin language at Ningbo University, Jiangbei District in China’s Zhejiang Province. A native of Pune city in India’s western state of Maharashtra, Deshpande said she was fascinated by Mandarin “because of the characters and writing pattern – calligraphy” and that led to her looking for academic options in China.
Following the completion of her course, Deshpande went back to India for a short work stint, but soon returned to Beijing, where she now works as a marketing professional. “I came back for work here because I knew the language and there are great opportunities here. Also, I think the work culture is much more free and casual,” she said.
Deshpande is among the thousands of Indian students who have been drawn to China in recent years, as the country emerges among the top education destinations for international students. 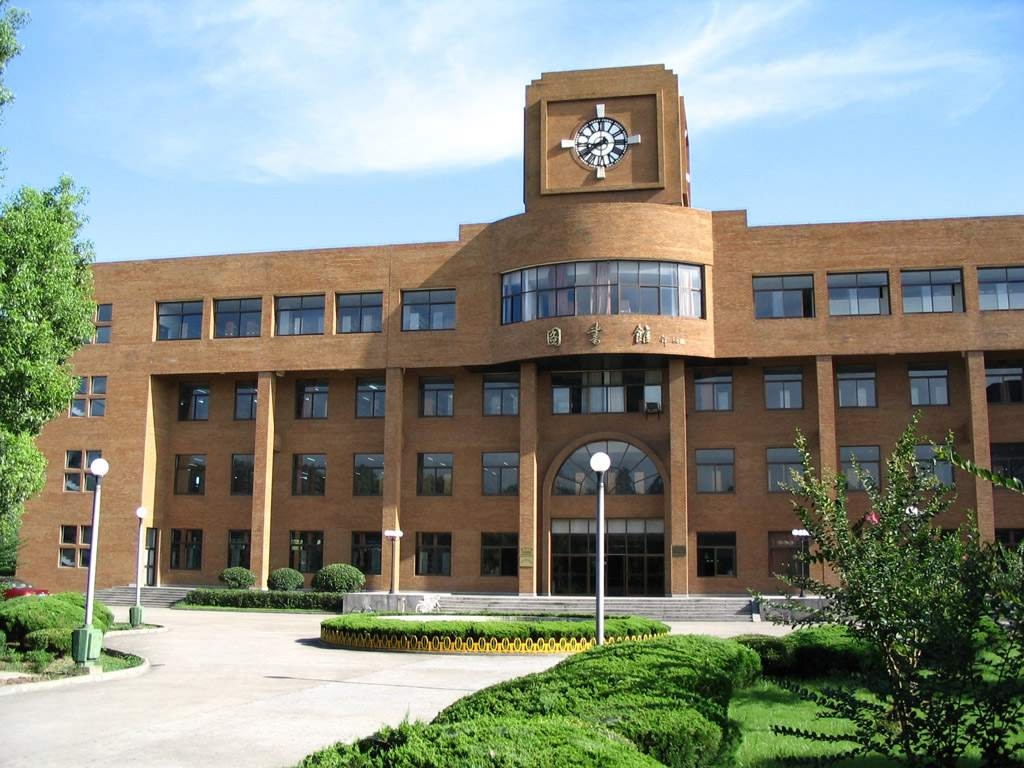 According to the latest data, there are now more Indian students in China than in the UK, which has traditionally been among the top choices, along with the US and Australia. The number of Indian students in China stood at 18,171 compared with 18,015 in the UK, The Times of India newspaper reported, citing figures for the year 2016.
A study by the Center for China and Globalization (CCG), which analyzed the latest trend in studying abroad worldwide and within China from 2016 to 2017, ranked India among the top countries sending students to China.
“In 2016, driven by the Belt and Road Initiative (BRI) and other open-up policies, more international students have been enrolled in Chinese higher education institutions. Especially, those from Thailand, India, Pakistan, Indonesia and Laos have increased more than 20 percent on average. This has significantly reduced China's deficit in international education, and given China a more important role in globalization and global governance,” stated the CCG report, which was released in December. 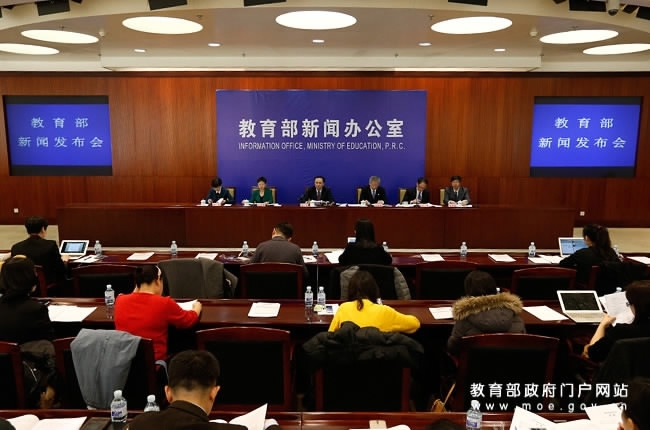 China last year also became the third most popular choice for international students, just behind the US and the UK, according to figures released by China’s Ministry of Education.
The CCG study, which was released last month, cited “the rising deglobalization represented by US President Donald Trump’s election victory” [and his policies] along with the concerns over “Brexit” as the reasons behind the slump in the growth in the number of international students bound for the US and the UK, traditionally the most popular destinations for international students.
There are several reasons why China is successfully increasing its ranks among Indians. “I think people prefer China more nowadays because the cost of education is cheaper here than the UK or the US. Many of the Chinese universities are now ranked in the top 150 globally. The infrastructure and facilities in China are wonderful. It’s very safe and as an Asian country, people value and respect each other's culture,” Deshpande told CGTN Digital, listing out some the advantages China has for students.
In recent times, China has opened its doors to international students and the country’s status as an economic superpower makes it more lucrative as a job market, she said, adding: “Also, China is closer to India when compared with the UK or the US, which makes it easier to travel.”
Chinese universities have become increasingly popular with international students, with their numbers rising from 52,150 in 2000 to 442,000 in 2016, according to China’s Ministry of Education. More than half came from Asia, with the next biggest source being Africa.
South Korea, the US, Thailand, Pakistan and India comprise the top five countries, in that order, sending students to China. “When this decade opened, China was not on most students' radar; now, having made rapid strides in the unlikely field of higher education, it is attracting several thousand foreign students every year. Most of them are studying humanities, followed by medicine,” The Times of India report stated.

Medicine a big draw for Indians 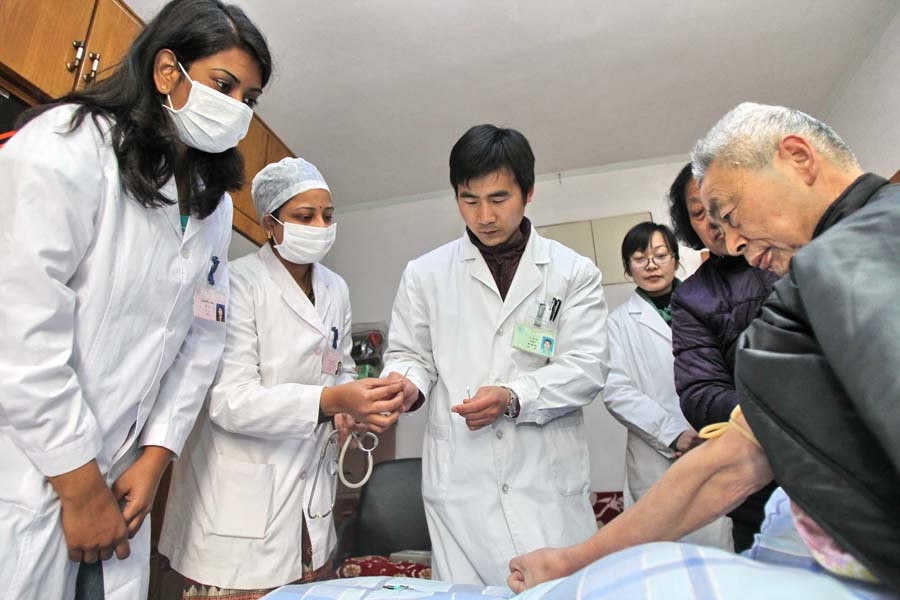 Medicine remains a big draw for Indian students pursuing education in China. Russia, which used to be among the preferred options for Indian medical students earlier, has seen a decline due to a perception that doctoral graduates from Russia find it difficult to clear the Medical Council of India (MCI) qualifying exam to practice in India.
“Many Indian medical students are choosing China over the UK and Russia for a range of reasons. China offers education which is comparably affordable, plus the degree is also validated by the MCI,” Dr. Ankit Sharma, a maxillofacial and oral surgeon from India, who is currently a fellow at Peking Stomatological Hospital in Beijing, told CGTN Digital.
“Chinese education system is mostly well versed with all the latest technologies, especially in the field of medicine, surgery and even in genetics,” added Sharma, who is in Beijing under a one-year fellowship program in oncology and reconstruction offered by the International Association of Oral and Maxillofacial Surgeons (IAOMS).
Moreover, most medicine courses for international students in China are conducted in English, therefore removing concerns about a language barrier.
“Medical sector in China doesn’t have any language issue. Everyone is well-versed in English. This is another reason why Indians, as well as other international students, find China a more convenient option when compared to seven or eight years ago,” Sharma said, adding he "didn’t have any problem as most staff at my hospital can converse in English.”
The Indian doctor, however, admitted that “language could perhaps be the only major barrier [for students in other disciplines] but it could be easily overcome as there are many Mandarin classes held for foreign students.”

Language: A barrier or an opportunity? 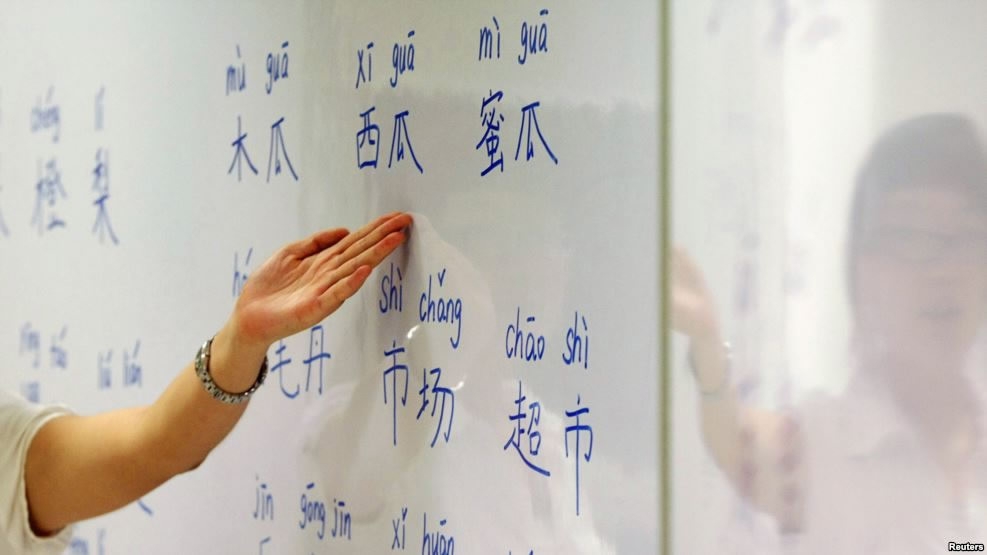 An instructor points out Mandarin characters on a whiteboard at a night class for people learning Mandarin. /Reuters Photo

An instructor points out Mandarin characters on a whiteboard at a night class for people learning Mandarin. /Reuters Photo

Deshpande, a reasonably fluent Mandarin speaker, however, felt that rather than looking at the language issue as a barrier, one must see it as an opportunity. “Studying in China also enables you to learn Mandarin, which is comparatively less studied as a foreign language vis-à-vis other languages such as French, Spanish or German. However, learning the Chinese language definitely adds more value to the CV,” she said.
“I think when you know the local language your daily life gets better, you can enjoy and experience another culture. To overcome the language problem, there is no other option besides learning the language itself, at least the spoken part which is very, very easy,” she asserted.
“People who can speak Chinese and have first-hand experience of living in China are going to have a great advantage in terms of employment in the near future. Living in China is a great experience and it is going to be better and better in years to come,” added an upbeat Deshpande.
She said she will encourage more and more students from India and even other countries to come to China. “The Chinese government and universities offer many scholarships and programs for studying in China. Living here allows you to be an open-minded person; ready to adapt and be flexible and become more independent. In addition, one gets rich experience about how things work in one of the largest economies of the world,” she said.

A push for educational ties 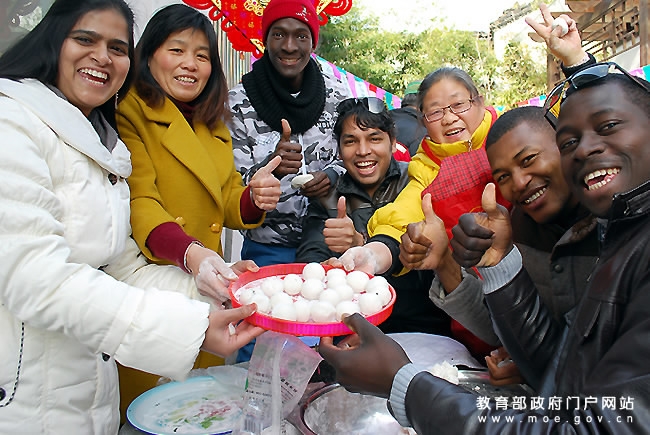 Ties through education are also seen as a factor that could improve relations between both India and China, which have seen a few bumps following last year’s Donglang standoff.
“As a vital channel to enhance mutual understanding, education is of particular significance for the improvement of the Sino-Indian ties. Moreover, many Indian students are looking to pursue careers in medicine and engineering, and may choose to work in China, a country with advanced medicine and engineering industries, after graduation. Intense educational communications can play an important role in helping Indians to know more about China, an effective means to lower tensions in Beijing-New Delhi relations,” said an Op-Ed column in China’s Global Times newspaper on Sunday.
“As emerging powers, the two countries should learn from each other, and cooperate for joint development. Last year, India's largest IT educational company, the National Institute of Information Technology, opened a training center in China's Guizhou Province for big data professionals. Cooperative projects like this should be encouraged and supported so as to deepen mutual understandings and improve people-to-people exchanges,” it added.
Sharma agreed that student exchange programs between India and China will go a long way in creating awareness about each other, adding that many Indian agricultural students are coming to China under government sponsorship and that cooperation must be extended to other fields as well.
Deshpande concurred, saying: “Knowing the language and culture of both countries will help people of both countries to eradicate misconceptions about each other and accept each other openly. Educational exchange is one of the first steps towards that.”
[Top Photo - International students from Jiangsu University learn about the traditional Chinese customs of the Lantern Festival, in  Zhenjiang city, on February 10, 2017. Photo via China's Ministry of Education]
1km