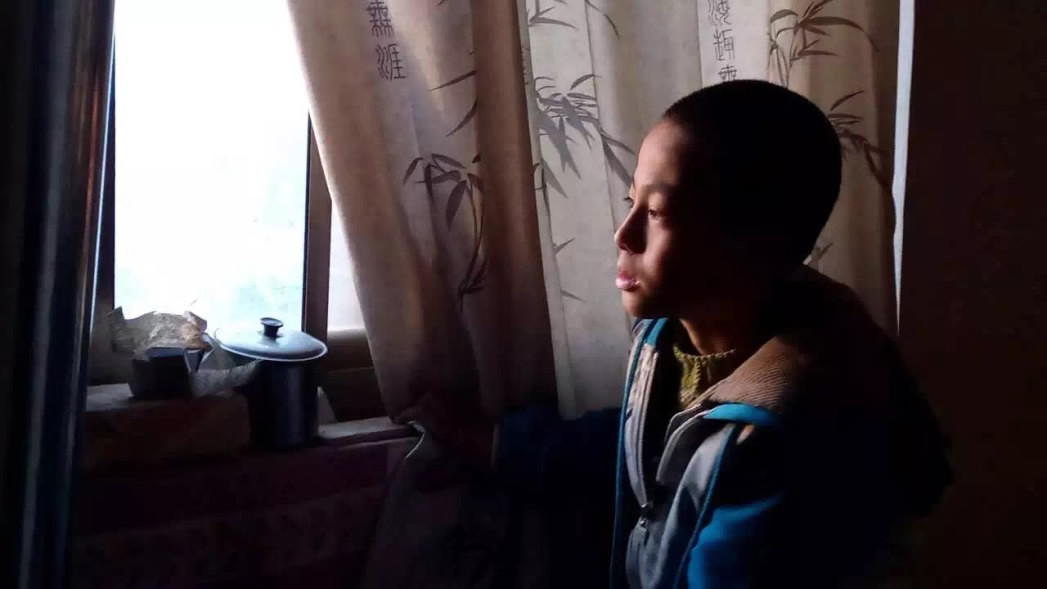 Chinese Lunar New Year is a time when hundreds of millions of migrant workers travel back home for family reunions. For many, this is the only time of the year they can reconnect with children left behind in rural villages and towns. 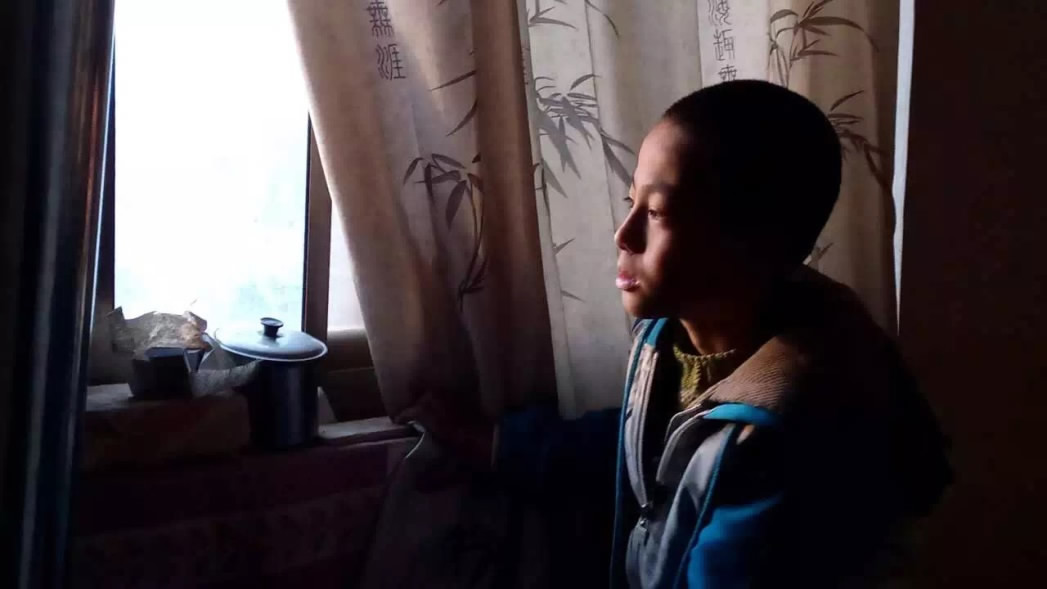 "My dad is working far away in Xinjiang. My mom has abandoned me completely."
-
We met 11-year-old left-behind child Yin Jiahao in a remote village in China's northeastern Gansu Province in December 2016. The boy often sits quietly in his room alone, gazing outside the window at the sunset over the mountains. He has lived with his grandfather almost since he was born.
Jiahao is one of the estimated 61 million left-behind children in China. They make up one-fifth of all Chinese children.
He says his family is falling apart. He hasn't seen his mom since she filed for divorce from his father four years ago. She later refused to sign a divorce decree.
"His parents have gone to different cities to look for jobs," Jiahao's grandfather told us. "Four years ago, his mother said the family was too poor, and wanted a divorce. The court ruled that she still has an obligation to take care of Jiahao. But she doesn't want to take the burden, so she didn't sign the divorce document."
No one in the family has seen the mother since. 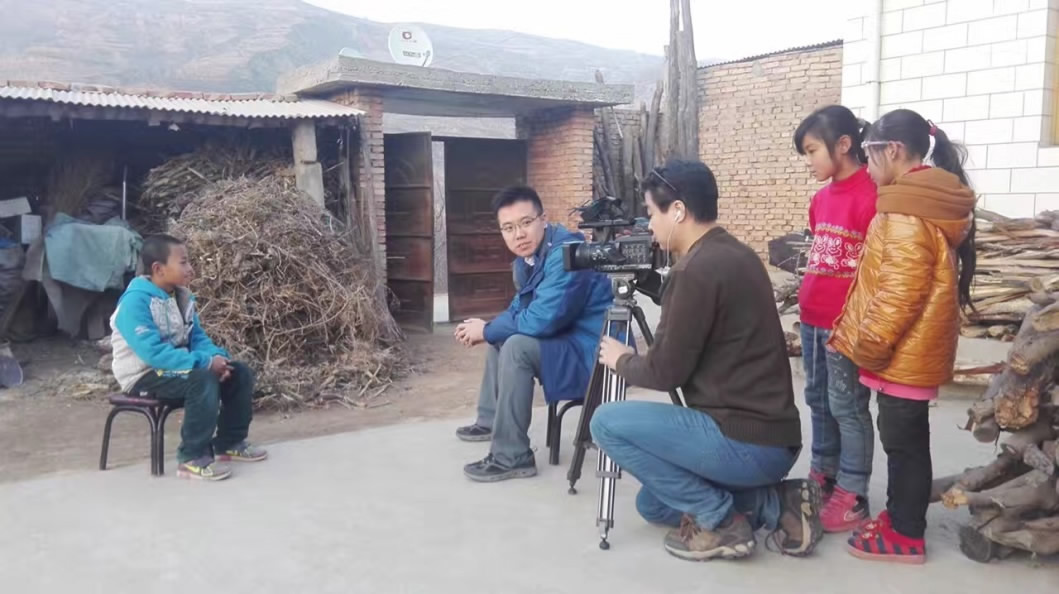 CGTN’s camera crew speaking with Jiahao, attracting the attention of several other left-behind children in the village. /CGTN Photo

CGTN’s camera crew speaking with Jiahao, attracting the attention of several other left-behind children in the village. /CGTN Photo

Jiahao's village Yingou can hardly be found on a map, and it’s difficult to reach by car. From the closest city, Tianshui in Gansu, to his village, it took us nearly half a day to drive along the narrow and winding roads on the Loess Plateau.
Almost all children here are left-behind, and locals told us about one-third live in broken families. 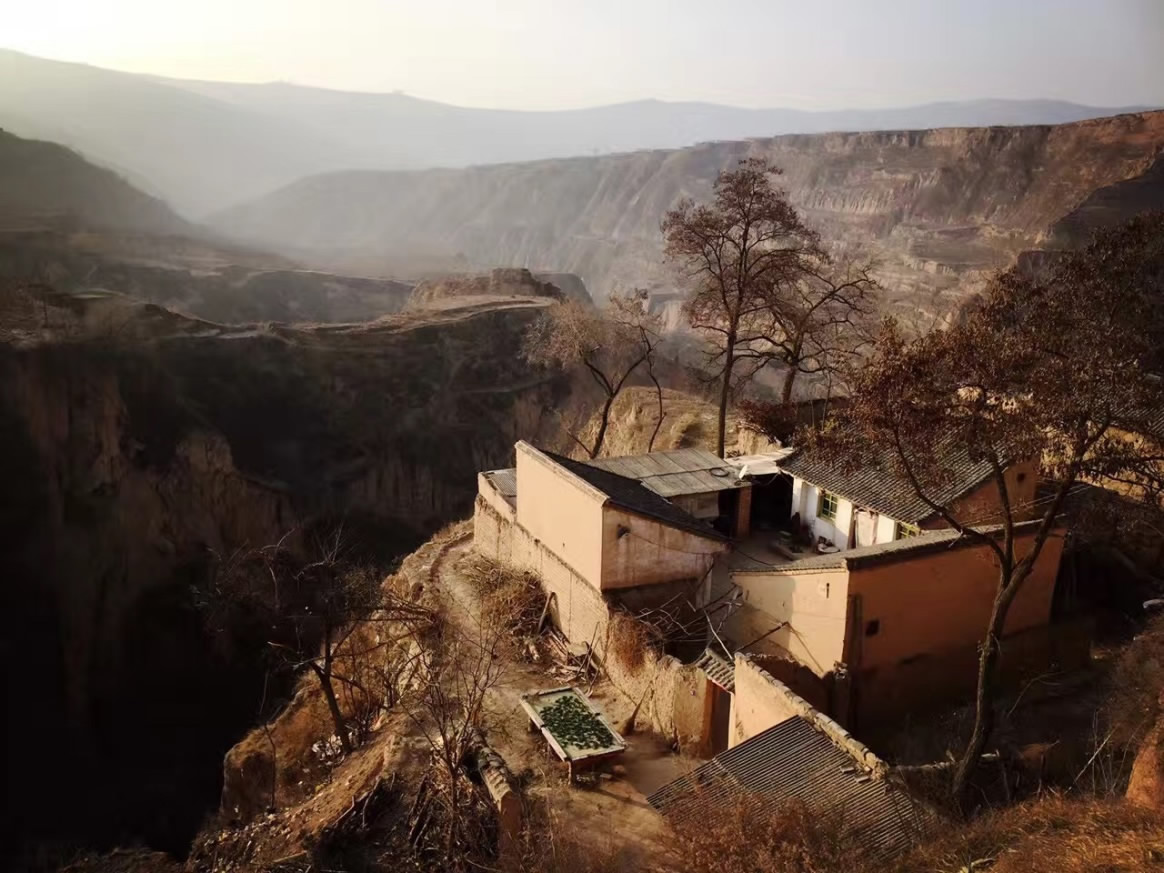 China's fast urbanization has flooded Chinese cities with hundreds of millions of migrant workers. One out of six Chinese is now a migrant, according to Chinese authorities.
But without a permanent urban residence, they are denied the right to public services like healthcare, housing and their children's education.
Most choose to leave their children behind in villages, and some decide never to return, like Jiahao's mother.
Studies show seven out of 10 left-behind children in China suffer from mental trauma, depression or anxiety.
Small non-governmental organization (NGO) "Children Charity International" predicts that one-third will end up involved in crimes. 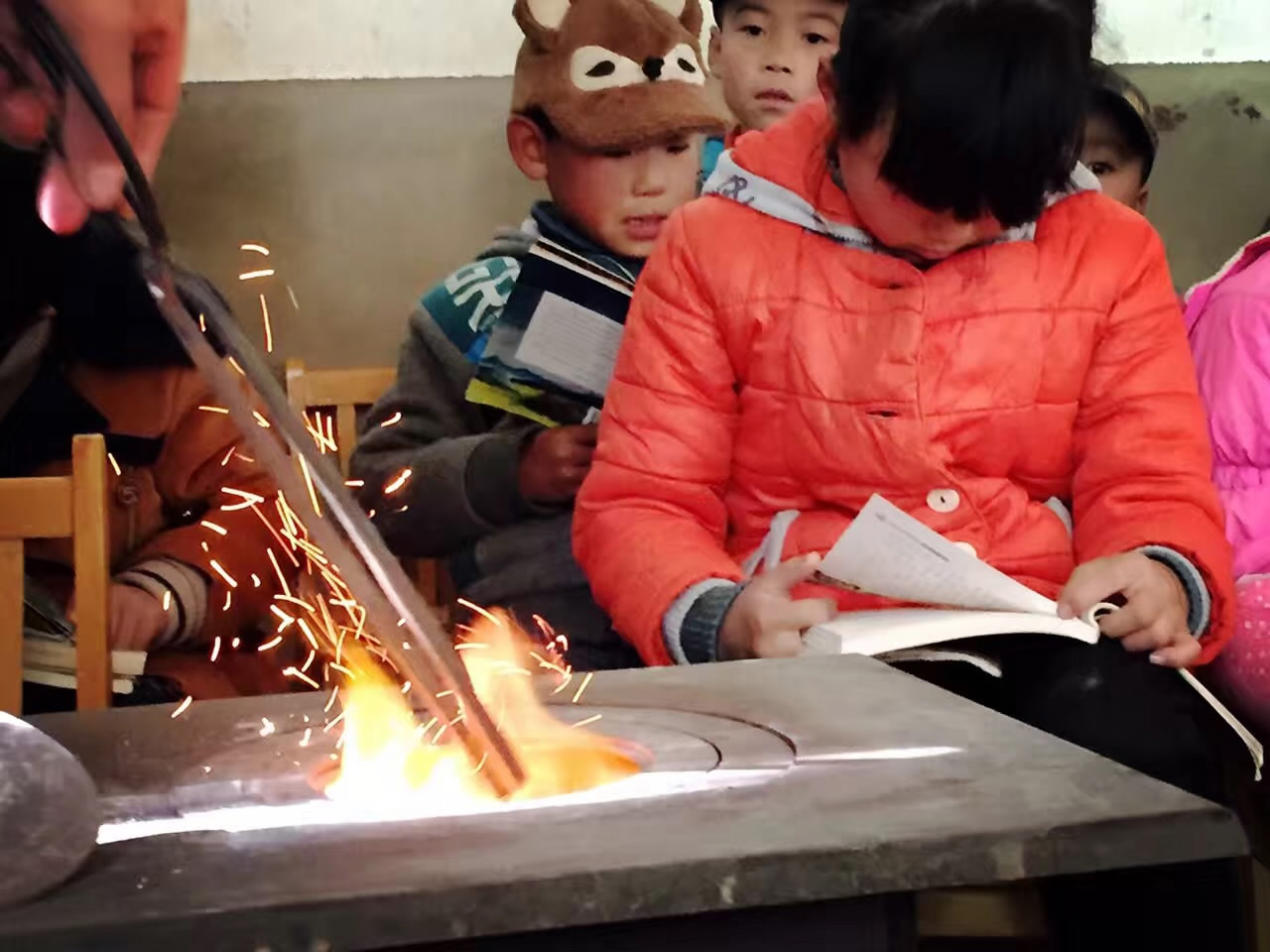 A Beijing-based NGO sets up a small library for rural children in Jiahao’s village. /CFP Photo

A Beijing-based NGO sets up a small library for rural children in Jiahao’s village. /CFP Photo

Some Chinese urbanites are trying to help. In Jiahao's village, a Beijing-based NGO has set up a small library for children. Its founder Wang Shasha, a Chinese Christian in Beijing, says while they can do little to address the economic reasons that there are so many children left behind, the library can help with at least one thing - companionship.
"They are so lonely and have nothing to do," Wang says. "We hope they can have a small community in which they can feel someone cares about them." 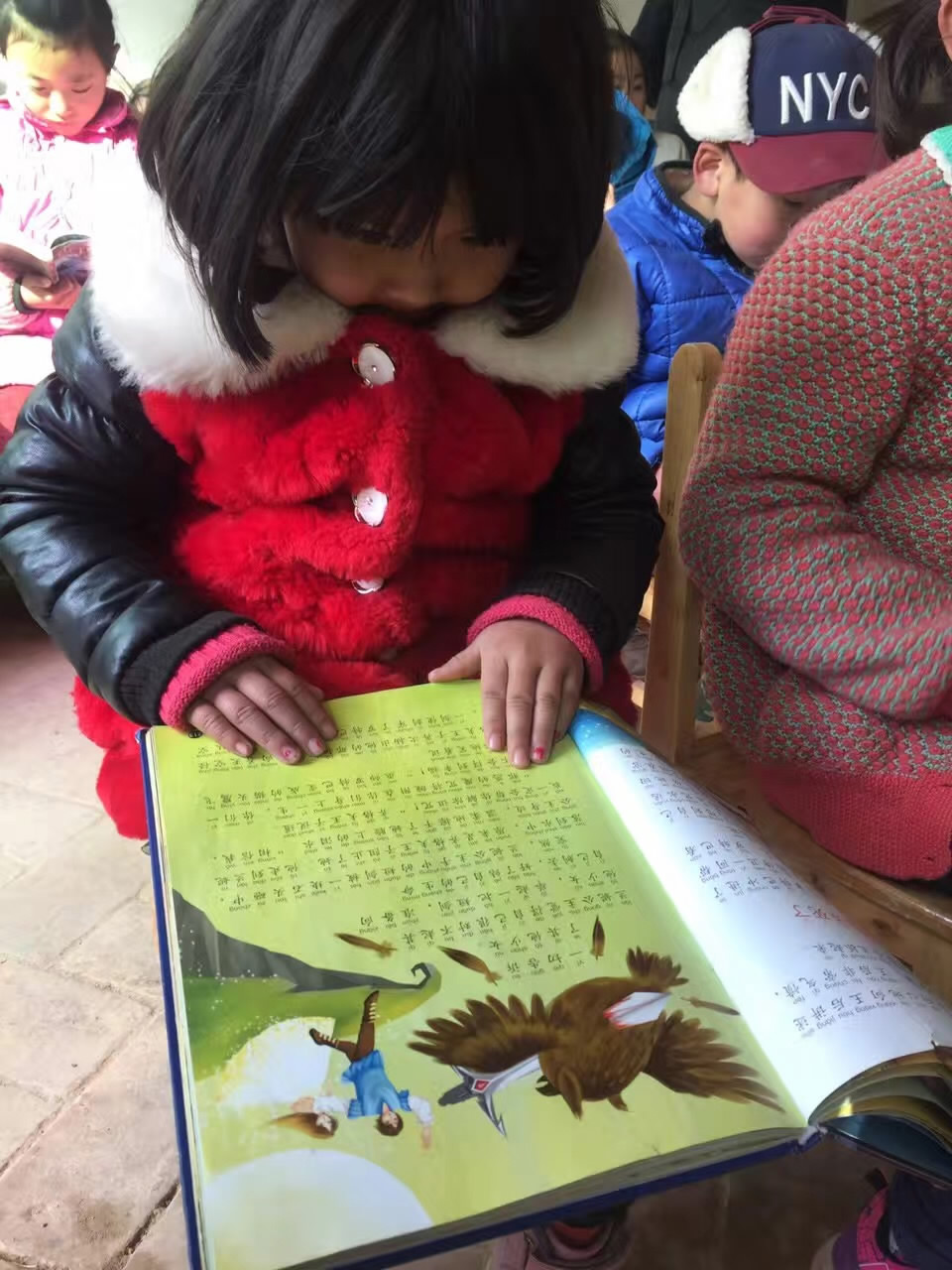 The library has attracted more than 100 registered young readers from five nearby villages. Every weekend, dozens of children gather at the library, a space inside local volunteer Song Xiaoli’s modest village house, to read and watch movies.
Through a projector shared by several villages, children like Jiahao get a peek at what the outside world looks like... the very world that separates them from their families.
"The village is too poor compared to the cities," says Song. "Some young females in the village go to cities initially for a higher income, some would be attracted by the hustle and bustle there, and decide never to return to poverty anymore." 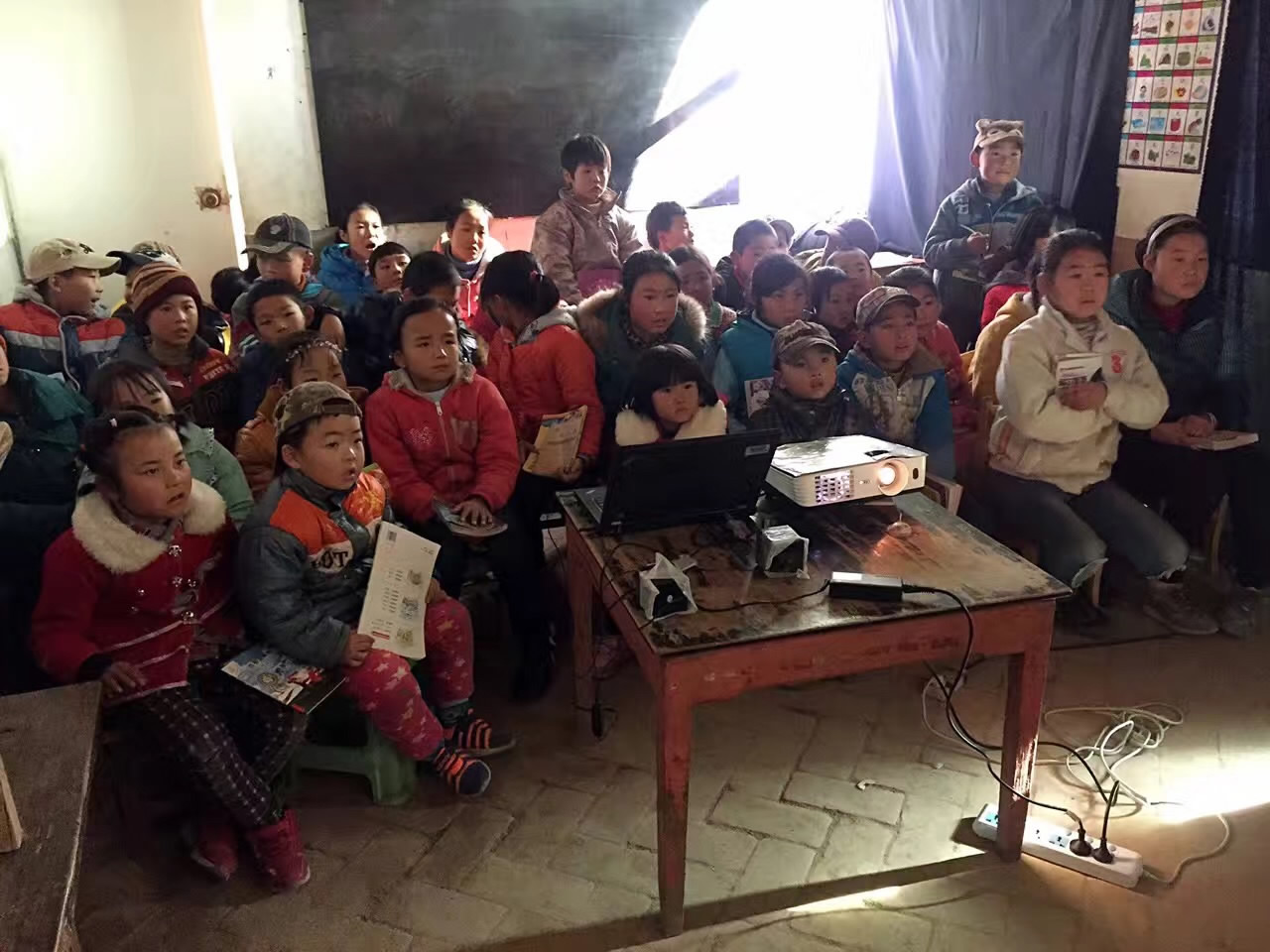 Dozens of left-behind children watch a movie together. /CGTN Photo

Dozens of left-behind children watch a movie together. /CGTN Photo

Jiahao told me he also wants to leave the village when he grows up.
I asked Jiahao how he feels about his dad returning home soon for the Chinese Lunar New Year. His answer strikes me.
"If my Dad has to travel all the way back every year from his work just for the sake of staying with me, I would feel very guilty… His life is tough enough. I don't want to be a burden on him."
-
Many left-behind children don’t complain and don’t voice resentment. To outsiders, they seem accepting of their reality, with a maturity far beyond their years.