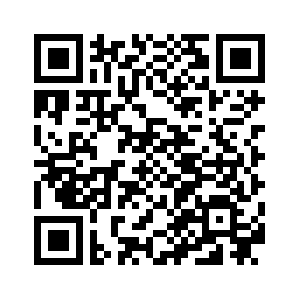 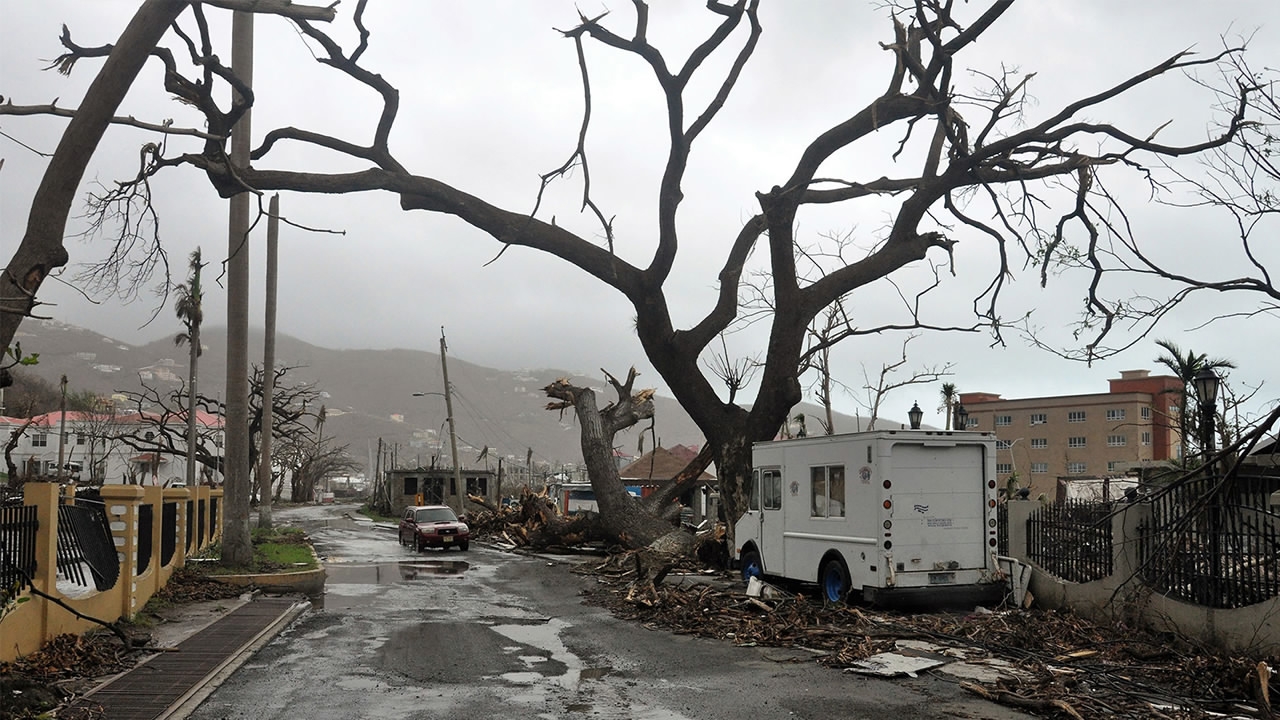 Rescuers fanned out to reach stunned victims Thursday after Hurricane Maria ravaged Puerto Rico, knocking out electricity to the entire island and triggering landslides and floods.
The extent of the damage is unknown given that dozens of municipalities remained isolated and without communication after Maria hit the island Wednesday morning as a Category 4 storm with 155 mph winds, the strongest hurricane to hit Puerto Rico in over 80 years.
Uprooted trees and widespread flooding blocked many highways and streets across the island, creating a maze that forced drivers to go against traffic and past police cars that used loudspeakers to warn people they must respect a 6 p.m. to 6 a.m. curfew imposed by the governor to ensure everyone’s safety. 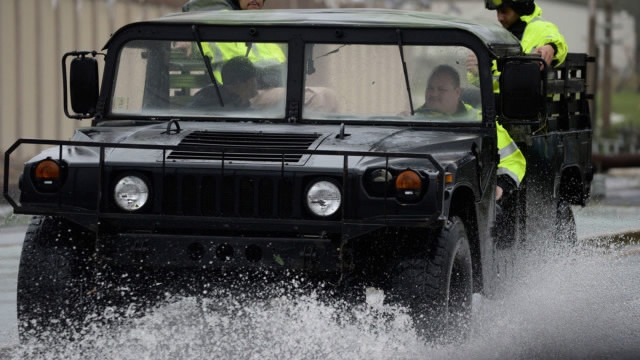 Rescue personnel from the Emergency Management Agency drive through a flooded road after Hurricane Maria hit the eastern region of the island, in Humacao, Puerto Rico. /AP Photo

Rescue personnel from the Emergency Management Agency drive through a flooded road after Hurricane Maria hit the eastern region of the island, in Humacao, Puerto Rico. /AP Photo

“This is going to be a historic event for Puerto Rico,” said Abner Gomez, the island’s emergency management director.
President Donald Trump approved a federal disaster declaration for Puerto Rico.
Previously a Category 5 with 175 mph (281 kph) winds, Maria hit Puerto Rico as the third-strongest storm to make landfall in the US, based on its central pressure. It was even stronger than Hurricane Irma that storm roared into the Florida Keys earlier this month.
In the capital of San Juan, towering eucalyptus trees fell nearly every other block over the main road dotted with popular bars, restaurants, and coffee shops, some of which were damaged. Outside a nearby apartment building, 40-year-old tourism company operator Adrian Pacheco recounted how he spent eight hours in a stairwell huddled with 100 other residents when the hurricane ripped the storm shutters off his building and decimated three balconies.
“I think people didn’t expect the storm to reach the point that it did,” he said. “Since Irma never really happened, they thought Maria would be the same.”
Hurricane Irma sideswiped Puerto Rico on Sept. 6, leaving more than one million people without power but causing no deaths or widespread damage like it did on nearby islands. Maria, however, blew out windows at some hospitals and police stations, turned some streets into roaring rivers and destroyed hundreds of homes across Puerto Rico, including 80 percent of houses in a small fishing community near the San Juan Bay, which unleashed a storm surge of more than four feet.
“Months and months and months and months are going to pass before we can recover from this,” Felix Delgado, mayor of the northern coastal city of Catano, told The Associated Press.
The sound of chainsaws began to fill the silence that spread across San Juan late Wednesday afternoon as firefighters began to remove trees and used small bulldozers to lift toppled concrete light posts. Some neighbors pitched in to help clear the smaller branches, including Shawn Zimmerman, a 27-year-old student from Lewistown, Pennsylvania who moved to Puerto Rico nearly two years ago.
“The storm didn’t bother me,” he said. “It’s the devastation. I get goosebumps. It’s going to take us a long time.”
Maria has caused at least 10 deaths across the Caribbean, including seven in the hard-hit island of Dominica and two in the French Caribbean territory of Guadeloupe. Puerto Rico’s governor told CNN one man died after being hit by flying debris. No further details were available, and officials could not be immediately reached for comment.
Dominica Tourism Minister Robert Tonge described his badly damaged country three days after Hurricane Maria made landfall in the eastern Caribbean island. An update from him said the capital of Roseau still had severe flooding and there was heavy damage throughout the city. The hospital and a community center both lost roofs.
One of the two airports serving the country was inoperable while the other was expected to be operational in the coming days. An estimated 95 percent of the roofs were blown off in some towns, including Mahaut and Portsmouth.
Maria weakened to a Category 2 storm later in the day but re-strengthened to Category 3 status early Thursday with winds of 115 mph (185 kph). It was centered about 95 miles (150 kilometers) north-northwest of Punta Cana, Dominican Republic, and moving northwest near nine mph (15 kph). 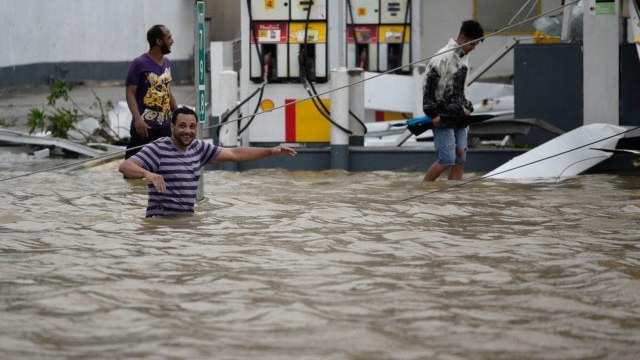 People walk next to a gas station flooded and damaged by the impact of Hurricane Maria, which hit the eastern region of the island, in Humacao, Puerto Rico. /AP Photo

People walk next to a gas station flooded and damaged by the impact of Hurricane Maria, which hit the eastern region of the island, in Humacao, Puerto Rico. /AP Photo

The hurricane was still dumping rain overnight Wednesday in Puerto Rico, where crumbled red roof tiles lay scattered across many roads, and curious residents sidestepped and ducked under dozens of black power lines still swaying in heavy winds. But they posed no danger: Maria caused an island-wide power outage, with officials unable to say when electricity would return.
Puerto Rico’s electric grid was crumbling amid lack of maintenance and a dwindling staff even before the hurricanes knocked out power. Many now believe it will take weeks, if not months, to restore power.
Edwin Rosario, a 79-year-old retired government worker, said an economic crisis that has sparked an exodus of nearly half a million Puerto Ricans to the US mainland will only make the island’s recovery harder.
“Only us old people are left,” he said as he scraped a street gutter in front of his house free of debris. “A lot of young people have already gone… If we don’t unite, we’re not ‍going to bounce back.”
Source(s): AP