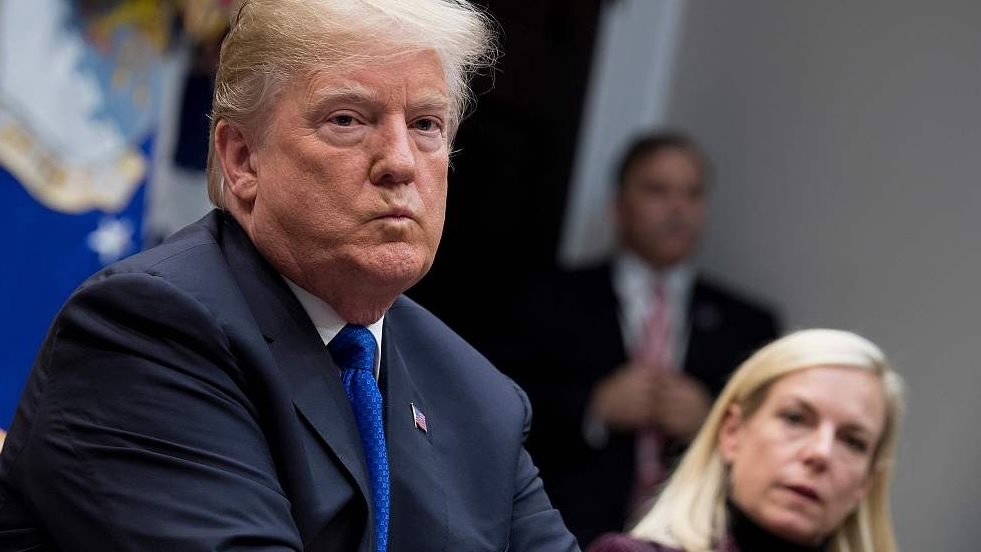 ‍US President Donald Trump has lashed out at a gossipy exposé of the inner workings of the White House, dismissing it as "phony" and "full of lies" in a late night tweet as the book's author announced his tell-all account would be released on Friday.
Michael Wolff, who claims to have interviewed over 200 people for the book, tweeted late on Thursday, "You can buy it (and read it) tomorrow." "Fire and Fury: Inside the Trump White House" was originally scheduled for publication on January 9.

Wolff says he was given behind-the-scenes access to the White House for the book, a claim Trump denied in a tweet in which he also warned "look at this guy's past and watch what happens to him and Sloppy Steve!", an apparent reference to Steve Bannon. 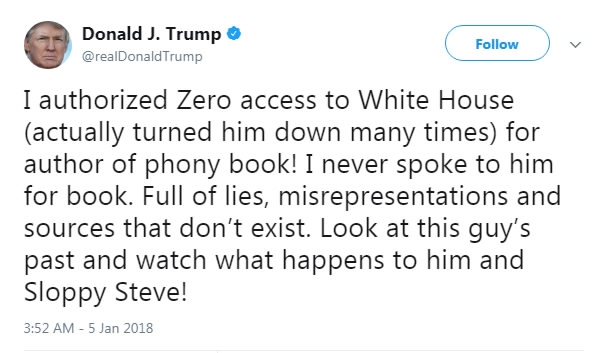 Trump's lawyer said earlier on Thursday he would try to stop the publication of a book that portrays him as an inept president in a fumbling White House and threatened legal action against former top aide Steve Bannon over “defamatory” comments.
The book set off a political firestorm when excerpts were released, with a portrayal of Trump not wanting to win the US presidency in 2016 and being unprepared for the job.
Some of the harshest commentary came from Bannon, the right-wing firebrand, who headed the final stage of Trump’s campaign and became chief strategist at the White House before being fired in August. 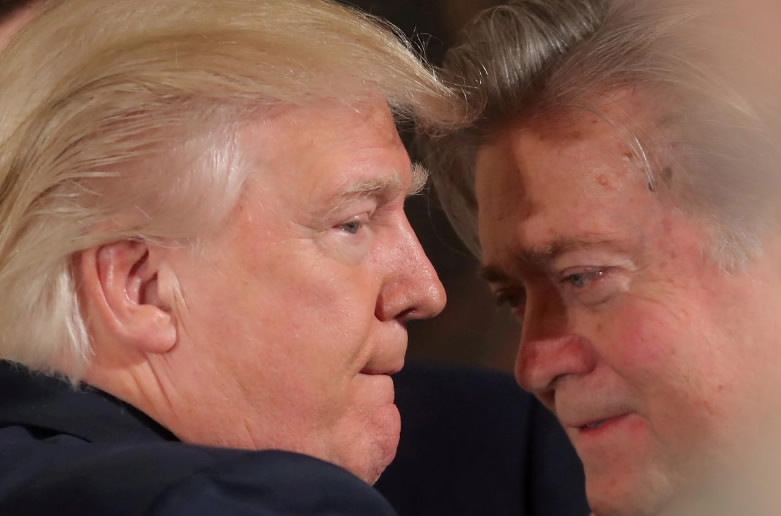 US President Donald Trump talks to chief strategist Steve Bannon during a swearing in ceremony for senior staff at the White House in Washington, US, January 22, 2017. /Reuters Photo

US President Donald Trump talks to chief strategist Steve Bannon during a swearing in ceremony for senior staff at the White House in Washington, US, January 22, 2017. /Reuters Photo

Charles Harder, Trump’s personal lawyer, in a legal notice provided to Reuters warned of possible claims including libel against Wolff and publisher Henry Holt & Co and threatened to try to block publication of the book. Harder also told Reuters that “legal action is imminent” against Bannon.
The publishing house confirmed that “due to unprecedented demand,” it would release the book on Friday morning, rushing it to print after previously planning to put it out next Tuesday.

Trump cut ties with Bannon on Wednesday, saying his former adviser had “lost his mind,” in a blistering statement issued after comments attributed to Bannon in the book were made public.
White House spokeswoman Sarah Sanders heaped scorn on Bannon and the book at her briefing on Thursday. She said Breitbart News should consider firing Bannon and attempted to cast doubt on Wolff’s accuracy.
She called the book “some trash” that came from “an author that no one had ever heard of until today.”
“This book is mistake after mistake after mistake,” she said. 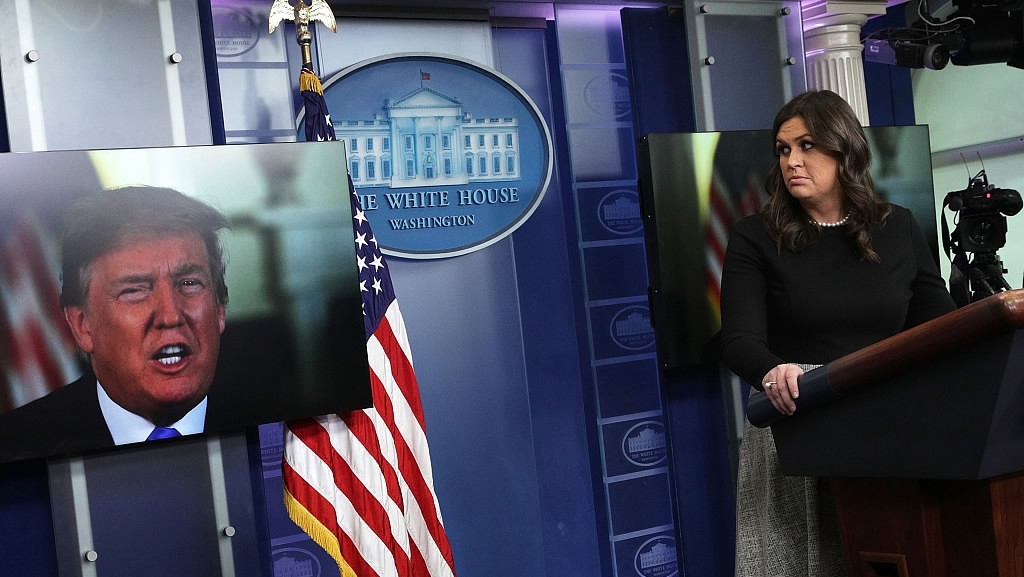 Trump lawyers sent a cease-and-desist letter to Bannon on Wednesday asking him not to disclose any confidential information. They said Bannon had breached an agreement by communicating with Wolff about Trump, his family and the campaign and made “disparaging statements and in some cases outright defamatory statements” about them.
In the book, Bannon was quoted as describing a June 2016 meeting with a group of Russians at Trump Tower in New York as “treasonous” and “unpatriotic.” The meeting, held after the Russians promised damaging information on Democratic presidential candidate Hillary Clinton, was attended by Donald Trump Jr., Trump’s son-in-law, Jared Kushner, and Paul Manafort, Trump’s campaign manager at the time.
Trump’s statement also diminished Bannon’s role in the election victory and accused him of leaking to the media. Before joining the campaign, Bannon headed the conservative Breitbart News website and proved to be a divisive figure in the White House. He returned to Breitbart after being fired, although he is reported to have continued to talk with Trump.

Bannon’s reaction to the book controversy has been muted. In interviews with Breitbart News after the news broke, he called Trump a “great man” and pledged continued support for the president’s agenda.
The president took note. “He called me a great man last night so he obviously changed his tune pretty quick,” Trump told reporters on Thursday. “I don’t talk to him. That’s a misnomer.”
Bradley Moss, a Washington lawyer specializing in national security law, said any non-disclosure agreement would not apply to Bannon once he became a government employee. The government has far less power to limit speech by employees than private companies, Moss said.
A lawsuit could hurt Trump because Bannon’s lawyers would be entitled to interview White House officials and collect potentially damaging documents from them in his defense, Moss said. 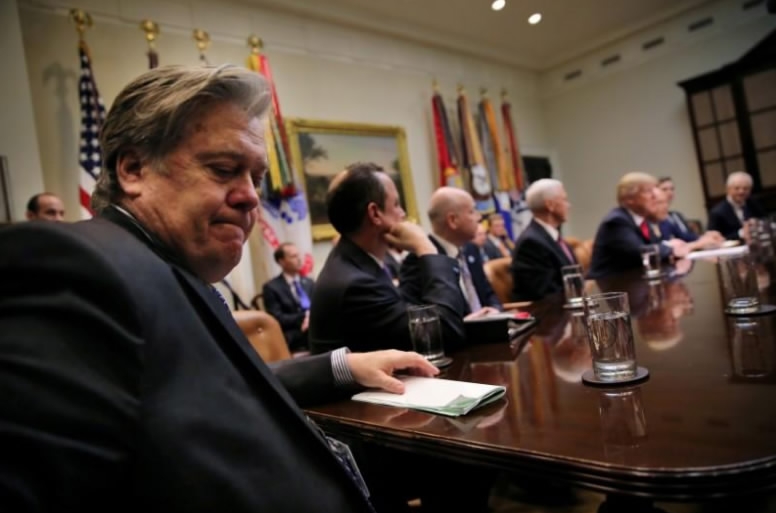 Then White House Chief Strategist Steve Bannon (L) attends a meeting between US President Donald Trump and congressional leaders to discuss trade deals at the Roosevelt room of the White House in Washington, US, February 2, 2017. /Reuters Photo

Then White House Chief Strategist Steve Bannon (L) attends a meeting between US President Donald Trump and congressional leaders to discuss trade deals at the Roosevelt room of the White House in Washington, US, February 2, 2017. /Reuters Photo

“I assume the cease-and-desist letter is aimed primarily at the public,” added Michael Dorf, a professor at Cornell Law School. “The idea that he could block publication is absurd.”
On Thursday, the White House also said no personal devices, including cellphones, would be allowed in the White House West Wing beginning next week for security purposes. The moves followed the Bannon split but had been considered for some time, White House officials said.
Bannon helped Trump shape a populist, anti-establishment message and had been the president’s link to his hard-line conservative base of support, which is often at odds with the Republican Party establishment.
The story that triggered the Trump-Bannon split was an offshoot of the investigation into whether Trump campaign aides colluded with Russia to sway the election to Trump, allegations Trump and Moscow deny.
Manafort and business associate Rick Gates, another campaign aide, pleaded not guilty in November to federal charges brought by Special Counsel Robert Mueller including conspiracy to launder money. Manafort sued Mueller on Wednesday, alleging that his investigation exceeded its legal authority.
(With inputs from agencies)