Canada increasingly convinced Trump will pull out of NAFTA
CGTN 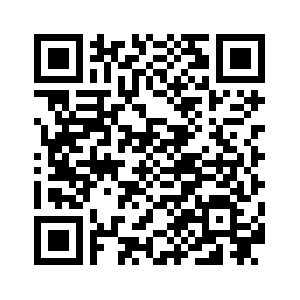 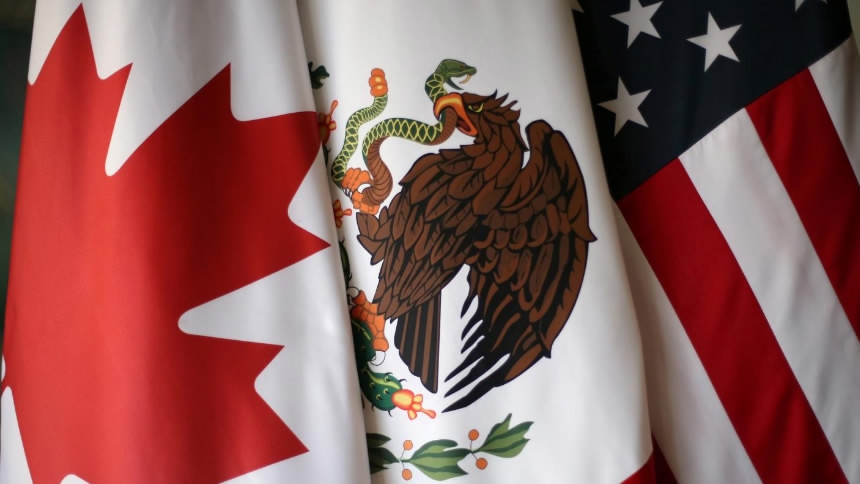 Canada is increasingly convinced that President Donald Trump will announce that the United States intends to pull out of NAFTA, two government sources said on Wednesday, sending the Canadian and Mexican currencies lower and hurting stocks.
The comments cast further doubt on prospects for talks to modernize the trilateral North American Free Trade Agreement (NAFTA), which Trump has repeatedly threatened to abandon unless major changes are made.
Officials are due to hold a sixth and penultimate round of negotiations in Montreal from Jan. 23-28, as time runs out to bridge major differences.
However, it is still not certain the United States would quit NAFTA, even if Trump gave the required six months’ notice, since he is not obliged to act once the deadline runs out. Notice of withdrawal could also raise opposition in Congress.
One of the Canadian government sources also said later it was not certain that Trump would move against the treaty and that Ottawa was prepared for many scenarios.
But even the prospect of potential damage to the three nations’ integrated economies sparked market concerns. 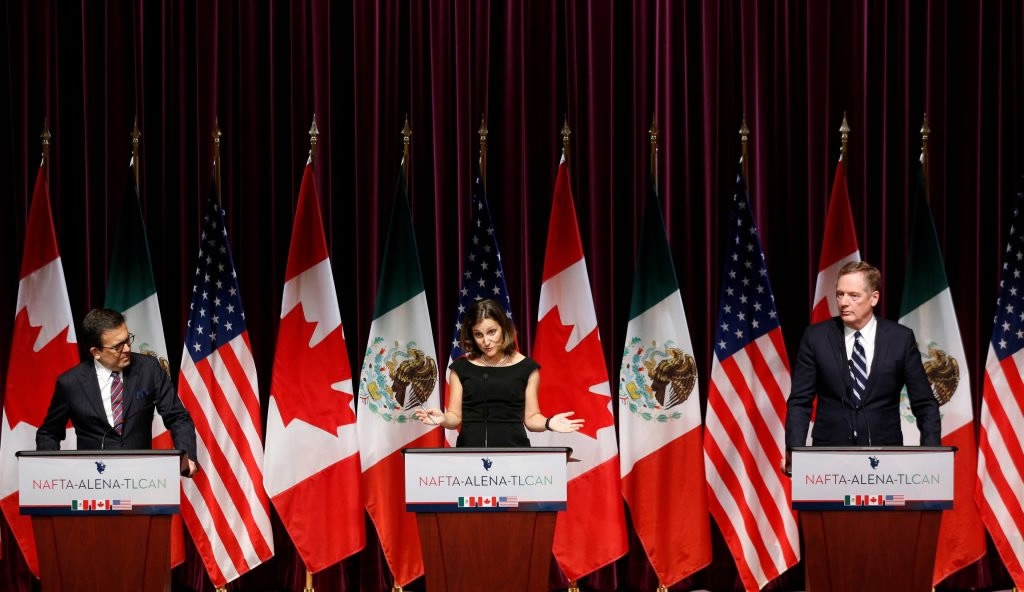 File  photo: Canada's Foreign Minister Freeland addresses the media with Mexico's Economy Minister Guajardo and US Trade Representative Lighthizer at the close of the third round of NAFTA talks in Ottawa./Reuters photo‍

File  photo: Canada's Foreign Minister Freeland addresses the media with Mexico's Economy Minister Guajardo and US Trade Representative Lighthizer at the close of the third round of NAFTA talks in Ottawa./Reuters photo‍

Wall Street’s major stock indexes ended lower on Wednesday, partly due to those worries. [.N]
The Canadian dollar weakened to its lowest this year against the greenback on Wednesday, as the NAFTA concerns tempered bets that the Bank of Canada will raise interest rates next week.
Mike Archibald, associate portfolio manager at AGF Investments in Toronto, cited “a tremendous amount of uncertainty on the horizon”.
Canadian government bond prices rose across the yield curve and railway, pipeline and other trade-sensitive stocks weighed on the country’s main index.
Mexico's currency also weakened and stocks extended losses. The S&P/BM IPC stock index .MXX fell about 1.8 percent.
“There’s been chatter in the market going into this week that it was coming up,” said Quincy Krosby, chief market strategist at Prudential Financial in Newark, New Jersey.
Royal Bank of Canada’s (RY.TO) Chief Executive Dave McKay said on Tuesday, he believed there was now a greater chance that NAFTA could be scrapped.
“The government is increasingly sure about this... it is now planning for Trump to announce a withdrawal,” one of the sources, who asked to remain anonymous because of the sensitivity of the situation, said.
Separately, a US source close to the White House quoted Trump as saying “I want out” as the talks drag on with little sign of progress.
A White House spokesman said “there has been no change in the president’s position on NAFTA.”

Trump has long called the 1994 treaty a bad deal that hurts American workers. His negotiating team has set proposals that have alarmed their Canadian and Mexican counterparts. 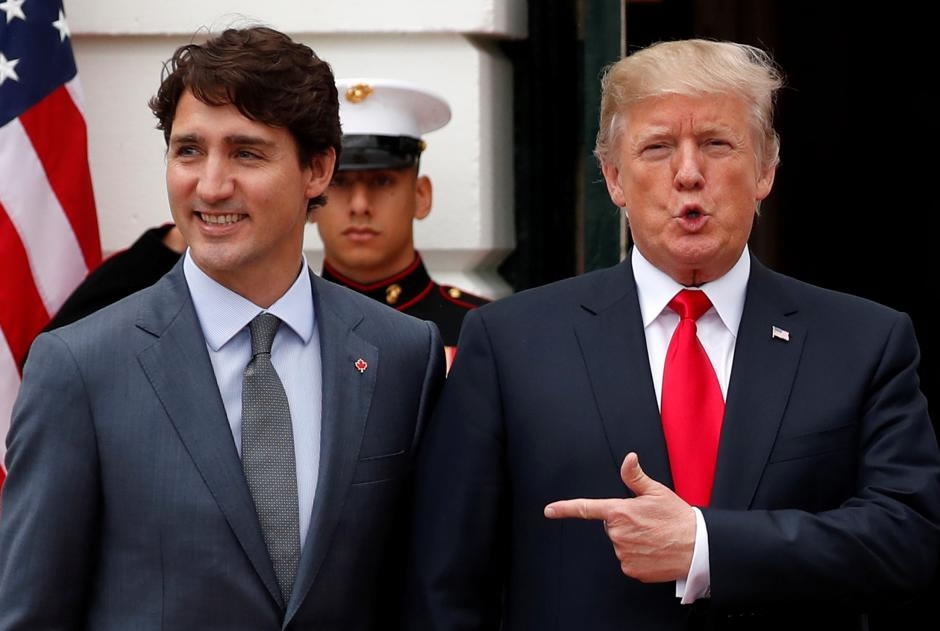 File photo: Canada's Prime Minister Justin Trudeau on the South Lawn before their meeting about the NAFTA trade agreement at the White House. /Reuters photo

File photo: Canada's Prime Minister Justin Trudeau on the South Lawn before their meeting about the NAFTA trade agreement at the White House. /Reuters photo

Among the most divisive are plans to establish rules of origin for NAFTA goods that would set minimum levels of US content for autos, a sunset clause that would terminate the trade deal if it is not renegotiated every five years, and ending the so-called Chapter 19 dispute mechanism.
The head of the US Chamber of Commerce said that economic gains made through tax cuts and the lifting of business regulations would be undone if the US canceled trade deals, including NAFTA.
General Motors Co (GM.N) shares fell 2.4 percent. The Detroit automaker has 14 manufacturing facilities in Mexico, including one that builds large pickup trucks, among the automaker’s most profitable vehicles. Trucks built there could be subject to a 25-percent tariff if the US exits NAFTA.
”We have always said that this is a possibility,” a Mexican government source with knowledge of the talks told Reuters, referring to the prospect of a US withdrawal.
Mexico’s Economy Ministry declined to comment on the report, a ministry spokesman said.
Scott Minerd, Global Chief Investment Officer at Guggenheim Partners, said “if Trump were to announce a NAFTA exit, the stock market would probably pull back by 5 percent or so before advancing to new highs. Most likely the Canadians are reacting to the President’s negotiating posture.”
Source(s): Reuters