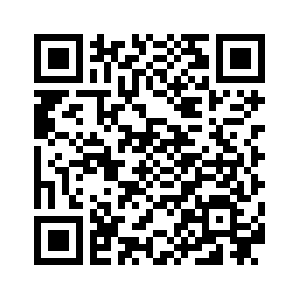 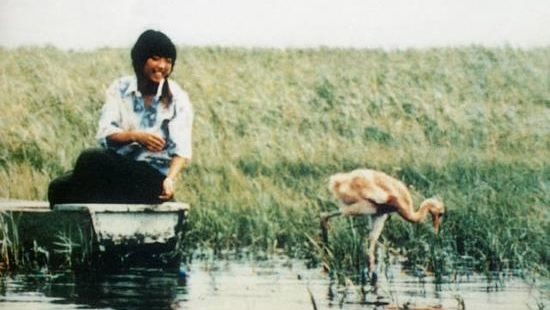 Every year red-crowned cranes, an endangered bird, migrate to the wetlands of Yancheng National Rare Bird Reserve in Yancheng City in east China’s Jiangsu Province in December. The reserve, a haven for the rare birds, also has a graveyard of China’s first environmental martyr Xu Xiujuan, who is also known as the “red-crowned crane girl.” 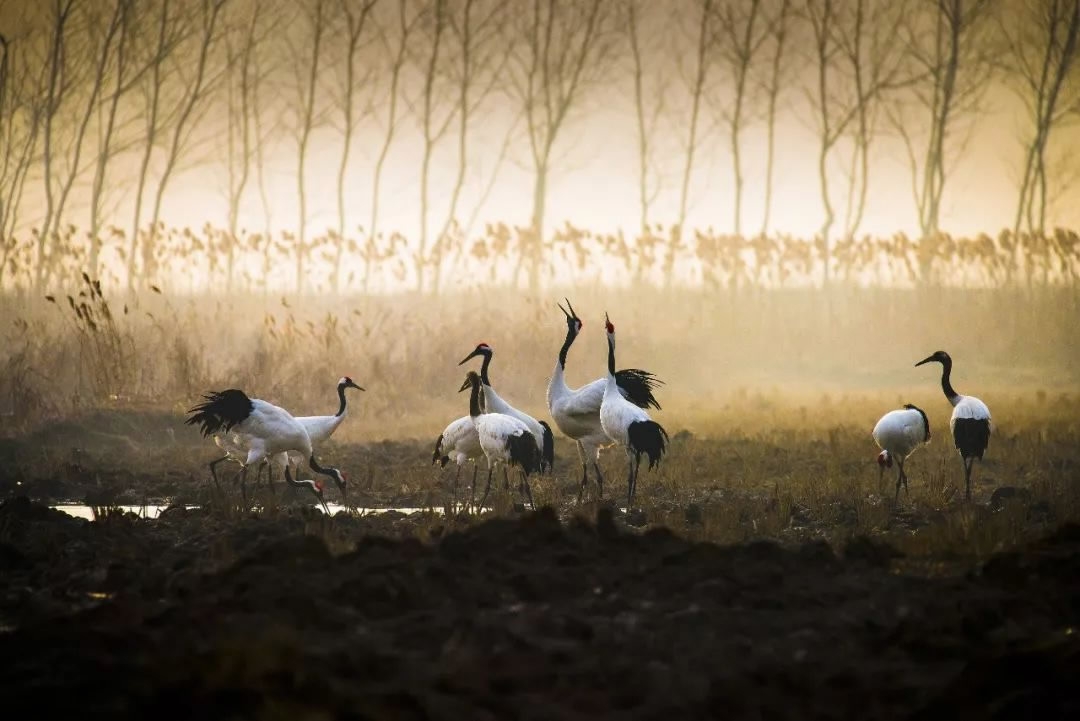 In 1986, a 23-year-old Xu Xiujuan from northeast China’s Heilongjiang Province traveled to Yancheng with three red-crowned crane eggs. She helped establish a natural reserve and participated in the artificial hatching experiment of the cranes.
For Xu protecting red-crowned crane was a family profession. Her parents also worked as protection workers and contributed in building Zhalong National Nature Reserve in Heilongjiang Province, the world's largest captive breeding center for red-crowned cranes.
Xu became passionate about bird breeding and wildlife protection. With her hard work, the Yancheng natural reserve saw its first successful artificial hatching, which was branded “a miracle born from love” by domestic and international wildlife experts. 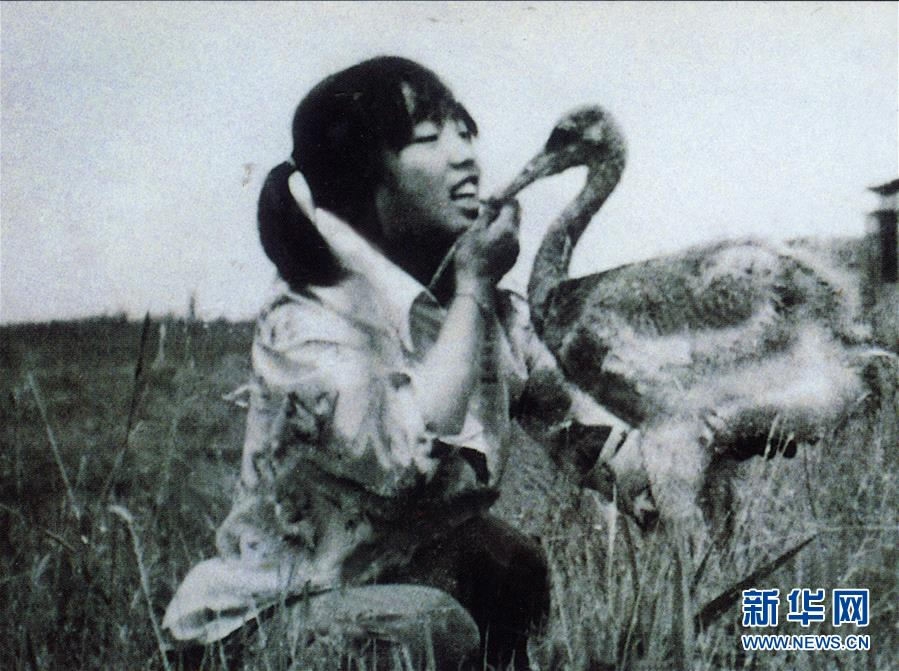 “I’m willing to sacrifice everything for the career I’m passionate about, including my life,” Xu wrote at the back of one of her old photos.
The simple message, however, ended up predicting the young woman’s destiny.
On September 16, 1987, one of the rare birds that she raised went missing. Xu spent long hours swimming in the swamp to find the lost bird but drowned out of exhaustion. 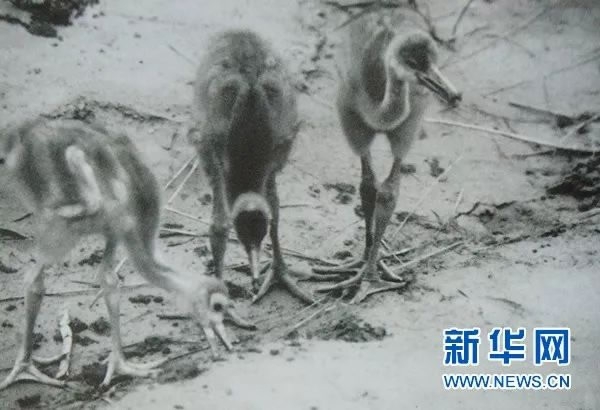 File photo of the cranes hatched by Xu. /Xinhua Photo

File photo of the cranes hatched by Xu. /Xinhua Photo

Her sacrifice moved many, and a song was written to commemorate Xu’s death. The song read:
"Walking past the reed and rivers, have you ever heard of a girl who left behind a song? For what the clouds shed tears in silence. For what the wind keeps whispering. A line of red-crowned cranes fly by ever so gently."
Xu was recognized as China’s first martyr in the field of environmental protection.
Ten years after the death of Xiujuan, her brother Xu Jianfeng was persuaded by his parents to give up his urban job and return to their hometown at Zhalong National Nature Reserve to become a red-crowned crane protector.
Jianfeng also became a dedicated guardian for the birds. He spent around 18 years raising and protecting the rare birds. However, destiny had a different plan. Jianfeng met with the same fate as his sister. 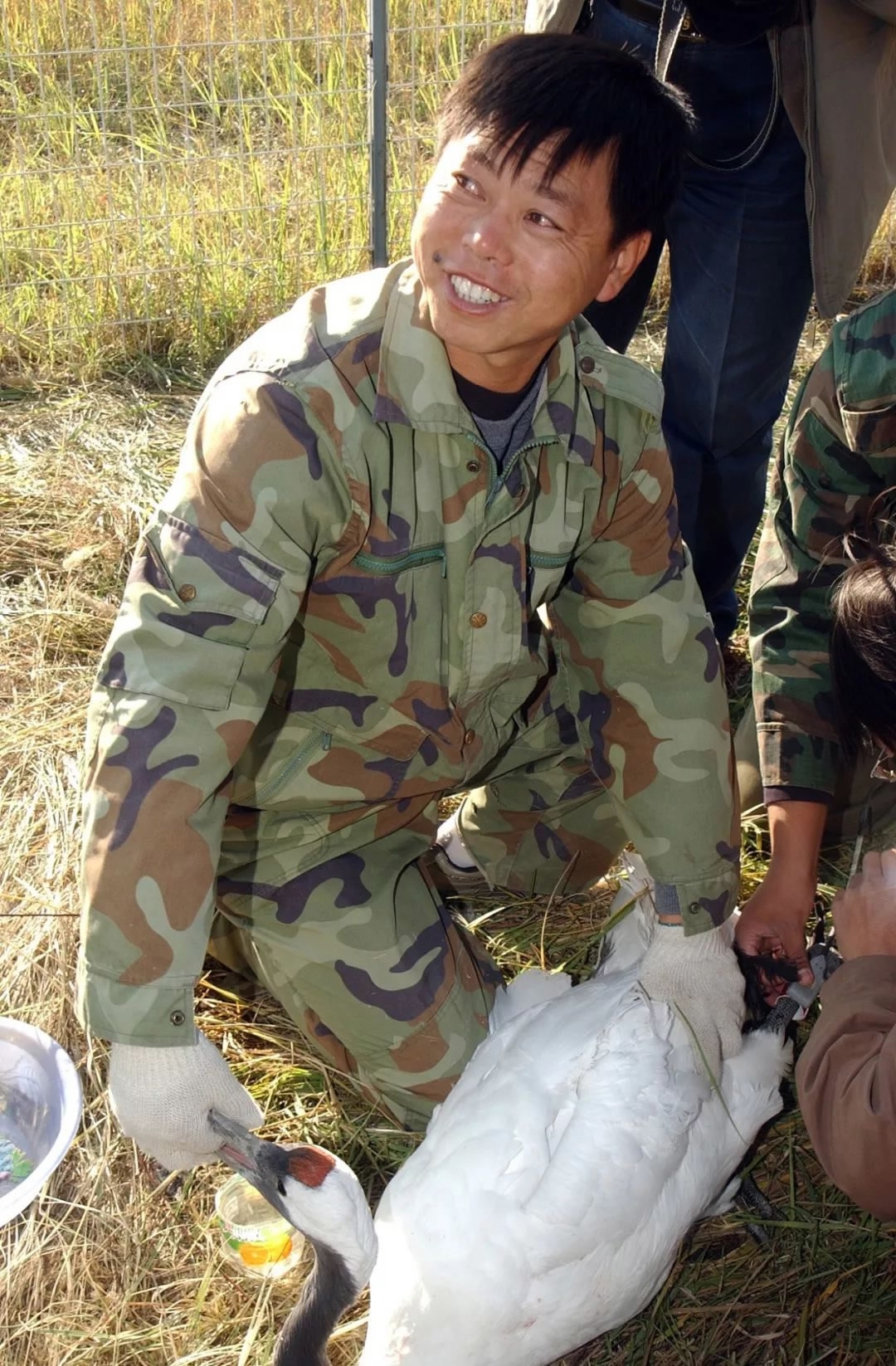 In the spring of 2014, Jianfeng went for a routine check to inspect cranes’ nests. On the way, he lost control of his motorbike and crashed into a swamp. The 47-year-old crane protector died on April 19, 2014.
2017 marks the 30th anniversary of Xiujuan's death. 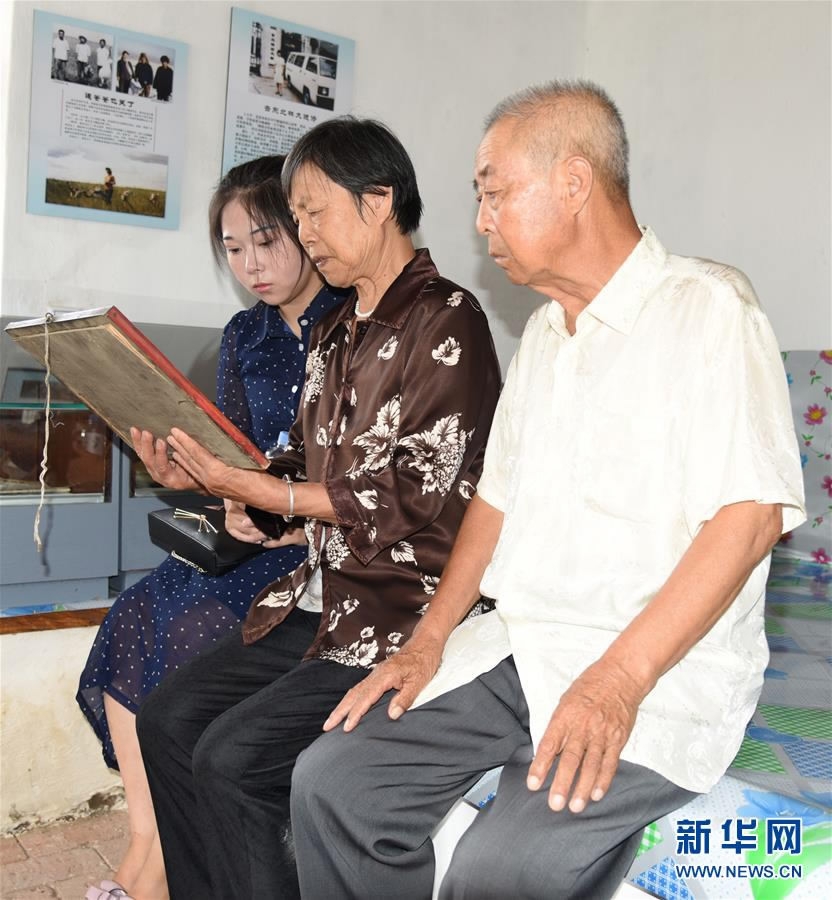 On Saturday, Xinhua reported that after the second generation of crane guardians passed away, the family’s third generation Xu Zhuo, niece of Xiujuan and daughter of Jianfeng, has taken over the job to continue protecting rare birds at Zhalong National Nature Reserve.

“I have to pass on the tradition,” Xu Zhuo said. “In that way, we could still be together.”
In the 1970s when Xu’s first generation started the wildlife protection career, the number of red-crowned cranes living at Zhalong National Nature Reserve was below 150. The number has now reached over 400, accounting for one-fourth of the rare species' global population.