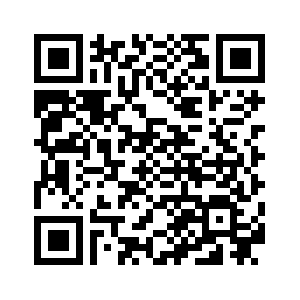 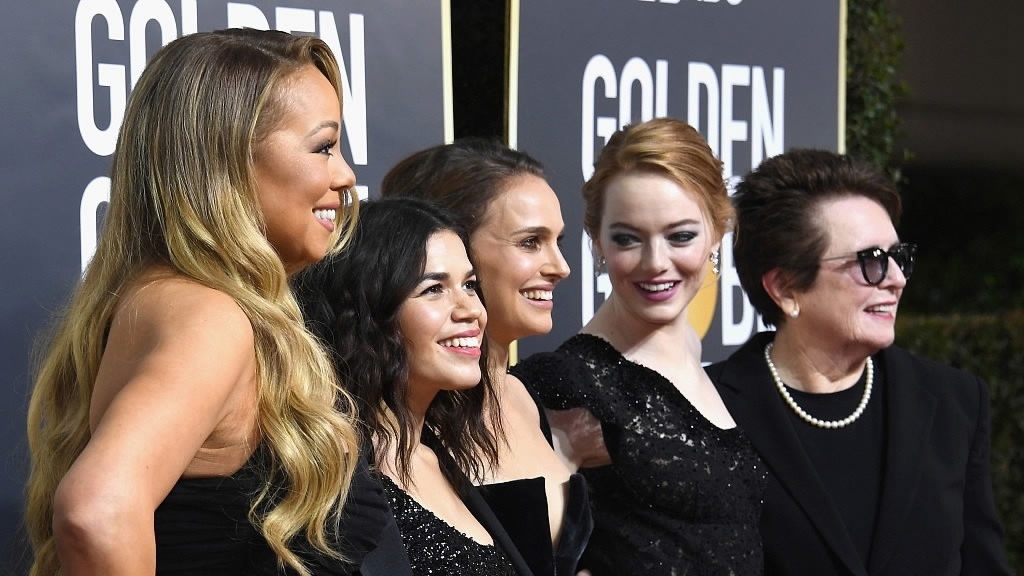 In its 75th edition, this year's Golden Globes was exceptional – beginning with the red carpet turned black and actresses dressed in a color-coordinated statement against sexual harassment and gender inequality.
The film "Three Billboards, Outside Ebbing, Missouri," about a mother avenging the rape and murder of her daughter, ended the night with the most awards, taking in four total including best motion picture, best actress, best supporting actor and best screenplay (scroll down to see the complete list of winners).
The awarding ceremony, accompanied by protest rally and party, launches the entertainment industry's award season leading to the Oscars in the post-Harvey Weinstein era.
'Elephant not in the room'
"Good evening ladies and remaining gentlemen," joked Seth Meyers during his opening speech.
Meyers, who hosted the Globes for the first time, spared no time in addressing the sex scandals that have embroiled the industry and referred to Weinstein as the "elephant not in the room." 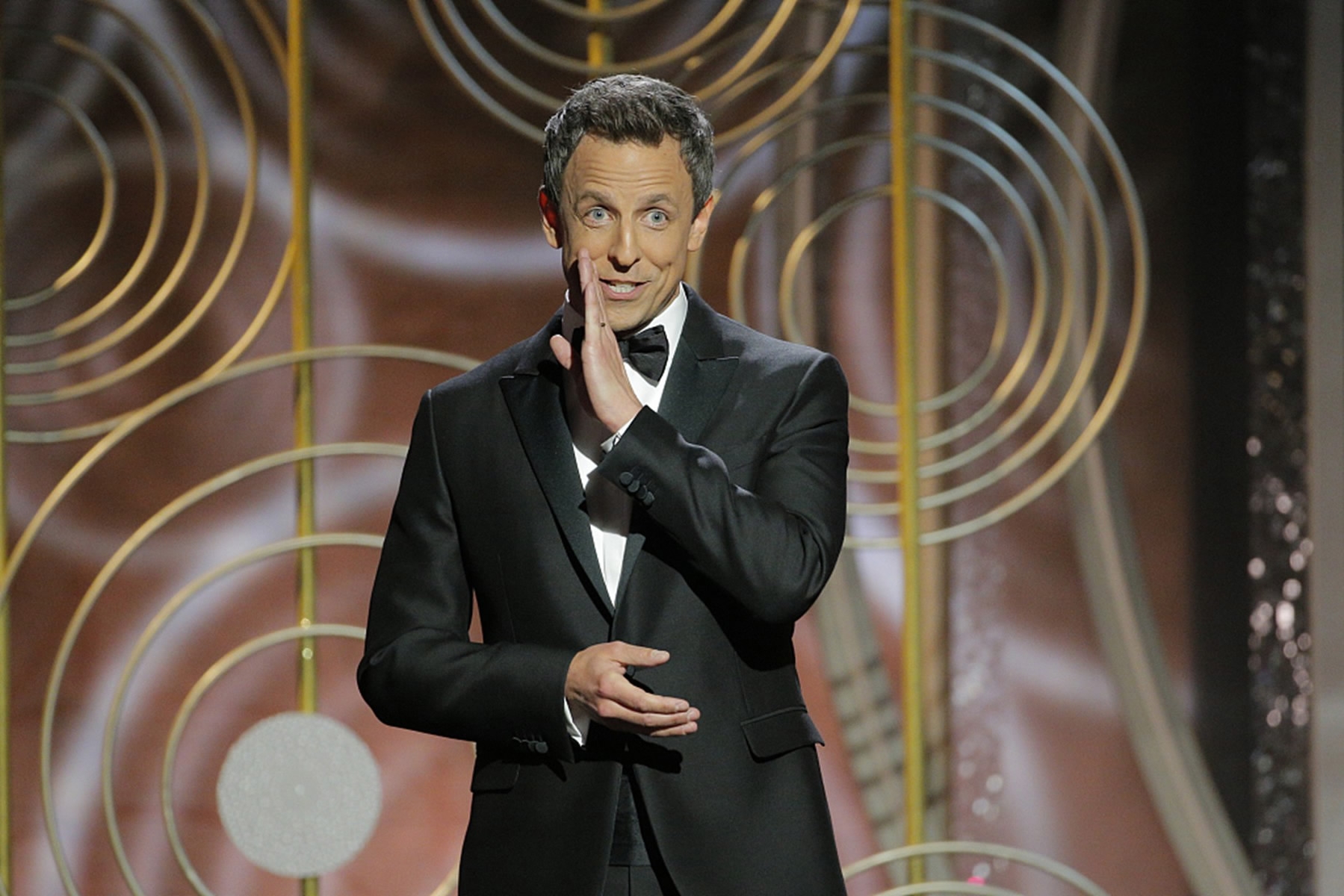 "There's a new era under way, and I can tell because it's been years since a white man was this nervous in Hollywood."
"For the male nominees in the room tonight, this is the first time in three months it won't be terrifying to hear your name read out loud," said Meyers.
'Power of women'
The first award of the night, perhaps fittingly, went to one of Hollywood's most powerful women: Nicole Kidman, for her performance in HBO's "Big Little Lies," a series she and Reese Witherspoon also produced. She chalked the win up to "the power of women" as she paid tributes to her female co-stars.
"I do believe and hope we can elicit change through the stories we tell," Kidman said in her acceptance speech.
"Let's keep the conversation alive," Kidman said. Later, Kidman's co-star on the show, Laura Dern, took home the best supporting actress TV award. 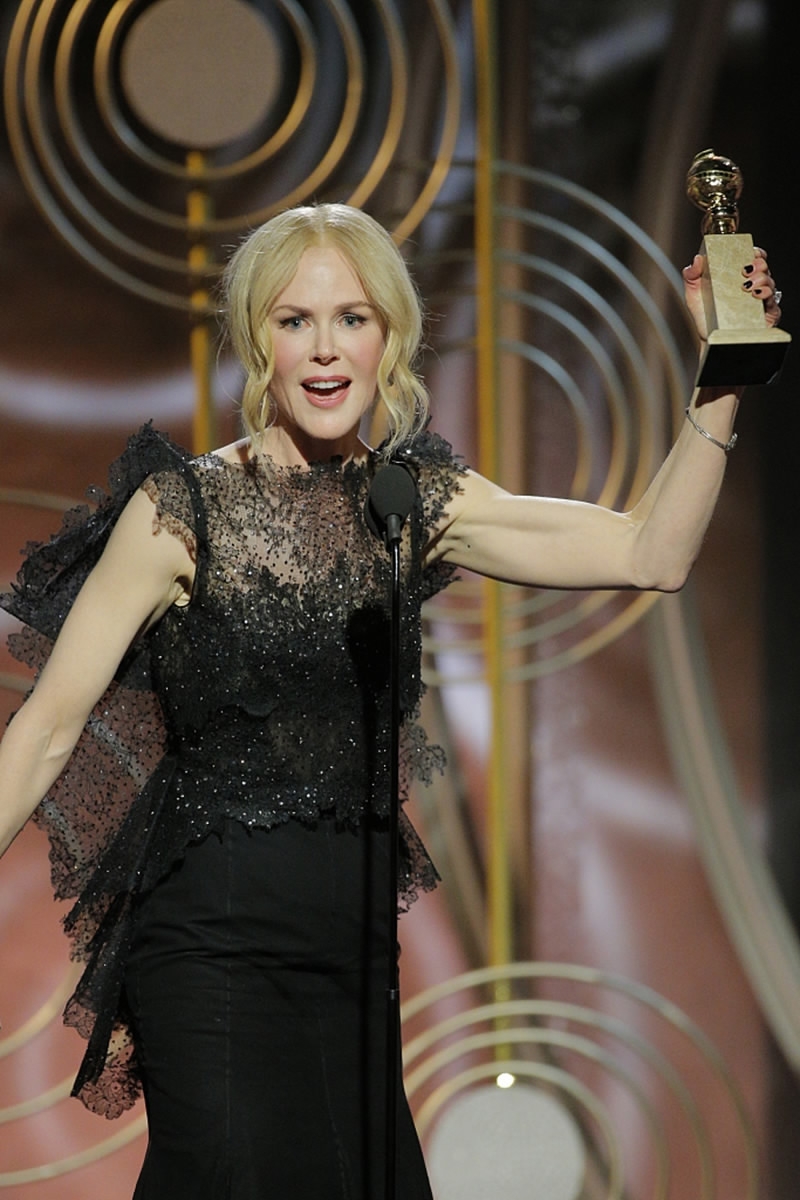 Other early awards continued the theme of female empowerment. Rachel Brosnahan won best actress in a TV series musical or comedy for the recently debuted "The Marvelous Mrs. Maisel."
Elisabeth Moss, accepting an award for her performance in Hulu's "The Handmaid's Tale," movingly dedicated her award to Margaret Atwood, whose book the show is based on, and the women who came before her and after her.
"We no longer live in the blank white spaces at the edge of print," said Moss, referencing Atwood's prose. "We no longer live in the gaps between the stories. We are the stories in print and we are writing the stories ourselves."
'Their time is up'
But it was Oprah Winfrey who pushed the momentum to the highest. The veteran entertainer was greeted with standing ovation for her powerful speech after accepting the Cecil B. DeMille Award for lifetime achievement – the first black woman to get the award. 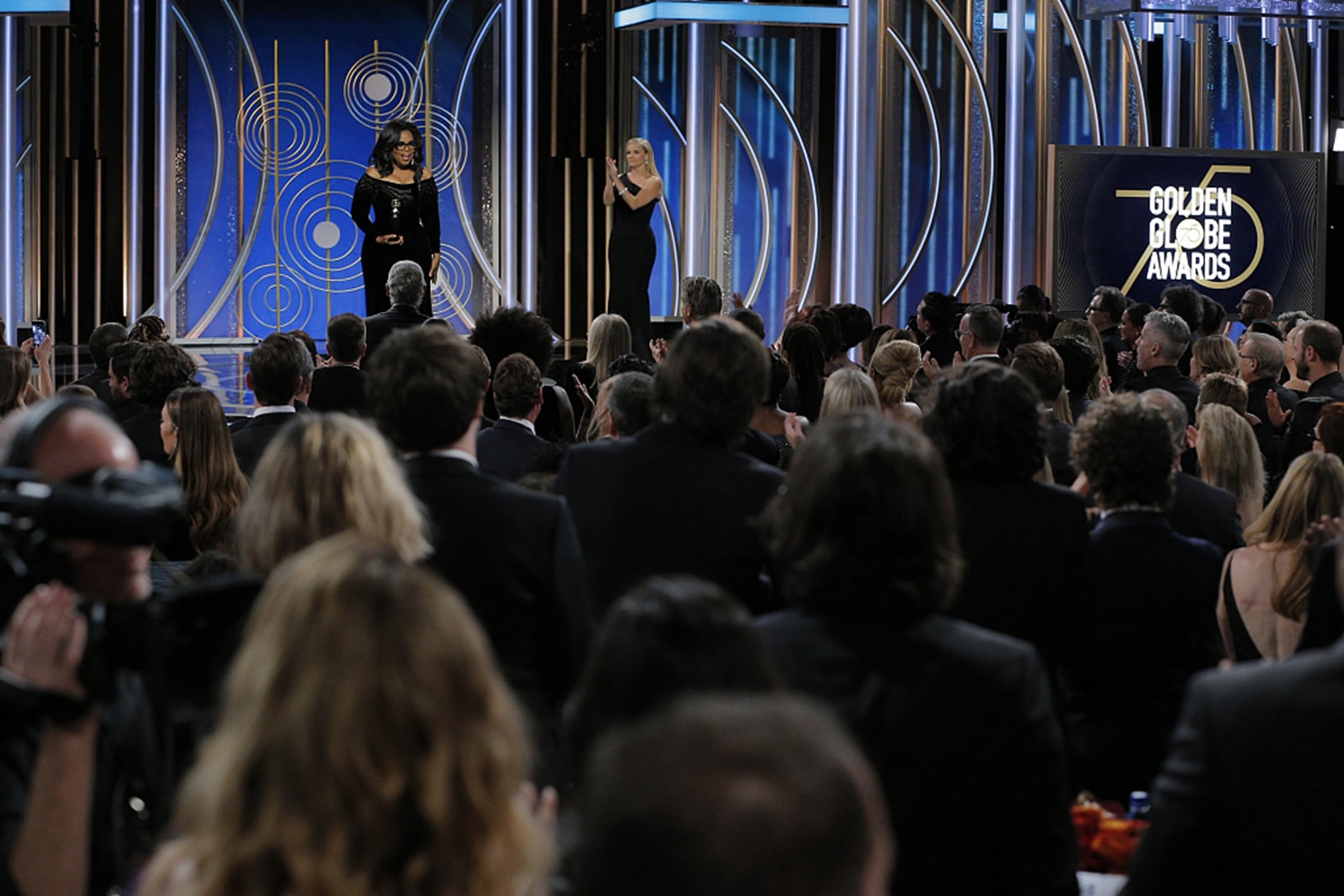 "It is an honor and it is a privilege," Winfrey said. "But we also know that it is the insatiable dedication to uncovering the absolute truth that keeps us from turning a blind eye to corruption and to injustice – to tyrants and victims and secrets and lies."
"It’s not just a story affecting the entertainment industry," she said, referring to the sex scandal. "It's one that transcends any culture, geography, race, religion, politics, or workplace."
"For too long women have not been heard or believed if they dared to speak their truth to the power of those men," said Winfrey. "But their time is up. Their time is up!"
"So I want all the girls watching here now to know that a new day is on the horizon."
Lost pearls
The Golden Globes is traditionally seen as the bellwether to the Oscars. However, a number of films with high expectations went home empty-handed, notably Christopher Nolan's "Dunkirk," Jordan Peele's horror sensation "Get Out" and Steven Spielberg's "The Post."
At the top of the show, Meyers alluded to Spielberg’s film’s awards-season bona fides, feigned to present an armful of Globes before the show even started.
The Globes had long been the stomping grounds of disgraced mogul Weinstein, whose downfall precipitated allegations against James Toback, Kevin Spacey and many others. Weinstein presided over two decades of Globes winners and was well-known for his savvy manipulation of the Hollywood Foreign Press Association, the 89-member group that puts on the Globes.
Full list of winners: