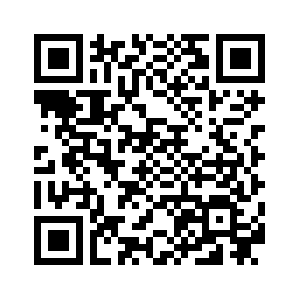 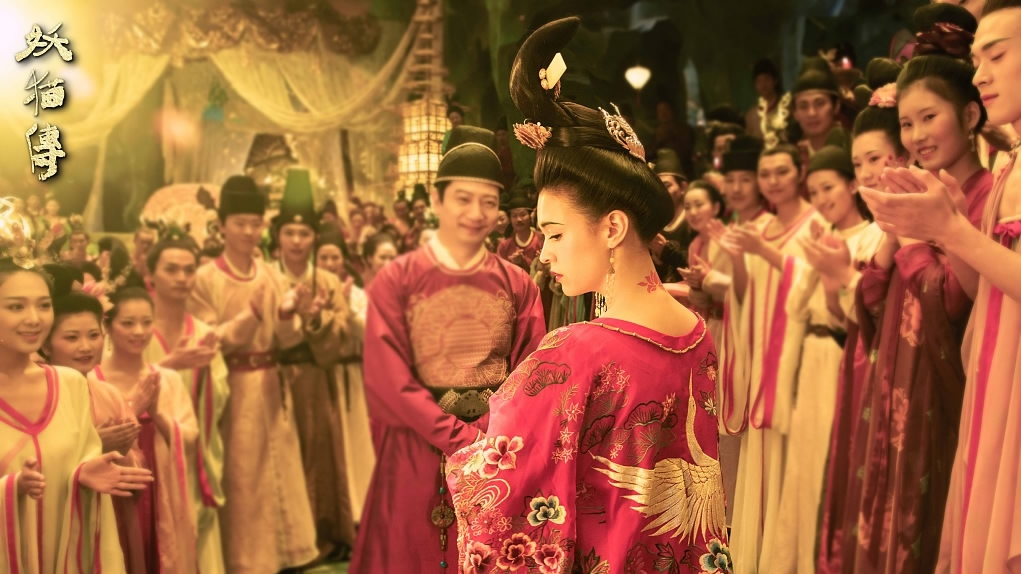 Chinese movie-goers have been rushing from screen to screen during the New Year’s Day holiday, as several domestic movies were released near the beginning of 2018.
From “Youth”, which was released half a month ago and topped the box office with one billion yuan (150 million US dollars), to “Miracles of the Namiya General Store” which came out two days ago, domestic movies have been taking turns at the top of the trends on Chinese social media.
Among the new releases, “Legend of the Demon Cat” directed by Chen Kaige, one of China’s fifth-generation directors, became the one with the most polarized comments online. While many hailed it as the best Chinese film of the year, there are also some calling it another one of Chen’s recent “bad productions”. 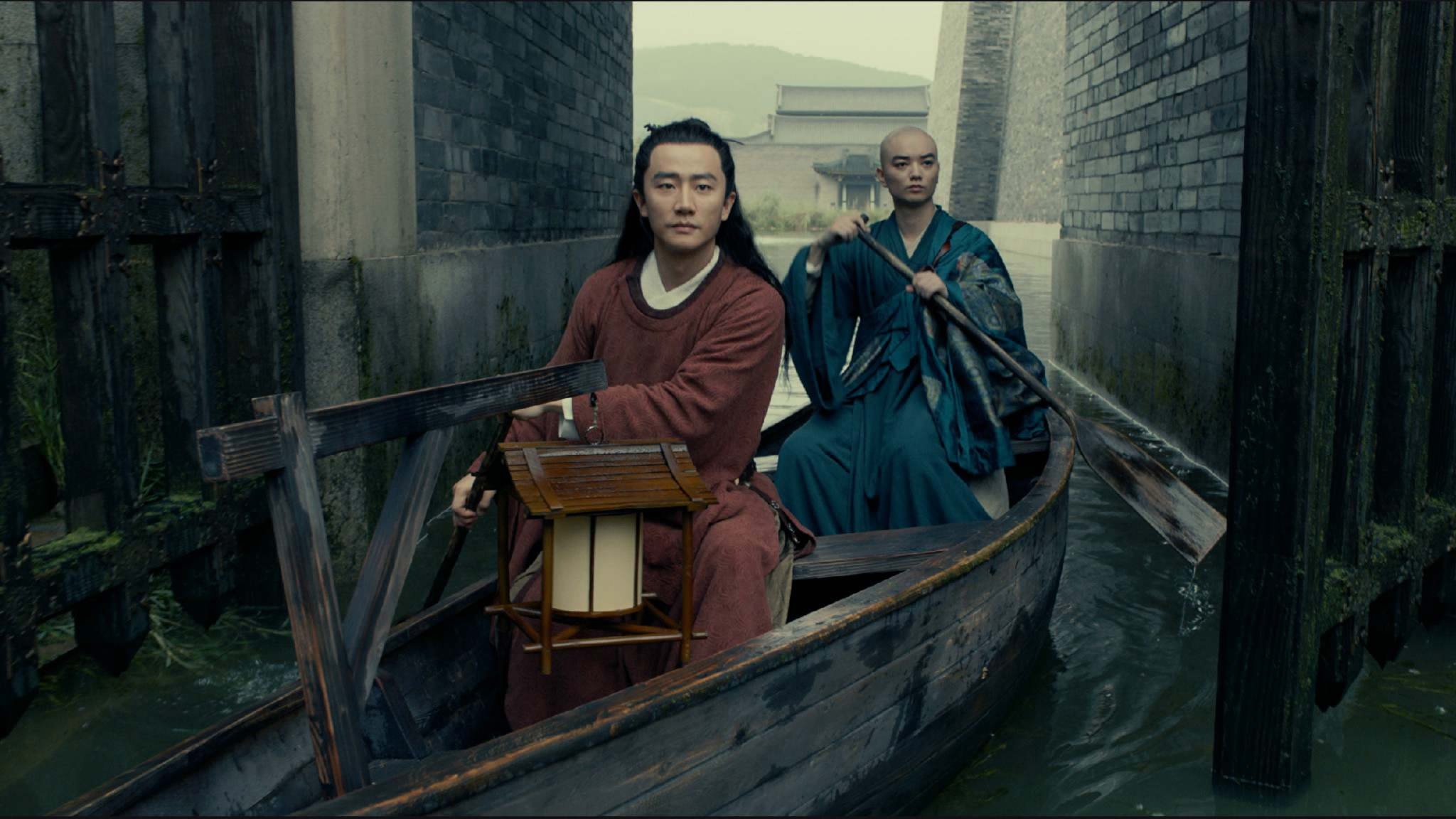 A movie dedicated to the Tang Dynasty

“Legend of the Demon Cat” is an adaptation of Japanese writer Yoneyama Mineo’s novel “Samana Kukai”. Considering the limit of a cinematic run time, the movie sanded the edges and saved only the core scenario of Chinese poet Bai Juyi and Japanese monk Kukai’s investigation on the truth behind the death of Yang Yuhuan, the most beloved concubine of Emperor Xuanzong of the Tang Dynasty (618-907).
Led by Chinese actor Huang Xuan and Japan's Shota Sometani, respectively playing Bai Juyi and Kukai, the casting also gathered a number of veteran Chinese and Japanese actors and rising new faces such as Zhang Luyi, Chang Jung-jung, Liu Haoran and Hiroshi Abe.

Despite the mysteries and suspense enveloping the whole movie, the grand vision of the Tang Dynasty in its heyday is a highlight of the movie and its recreation has impressed both audiences and film critics alike.
According to the media reports, Chen Kaige has been planning about the movie more than six years, and he even promoted and participated in the construction of the film set in Xiangyang City, Hubei Province, which resembles Tang’s capital Chang’an (the city of Xi’an in Shaanxi Province).
The construction cost about 1.3 billion yuan (200 million US dollars), though separated from the film’s budget, and spans roughly 40 hectares. According to the director himself, only three percent of the scenes in the movie were filmed in front of the green screen. 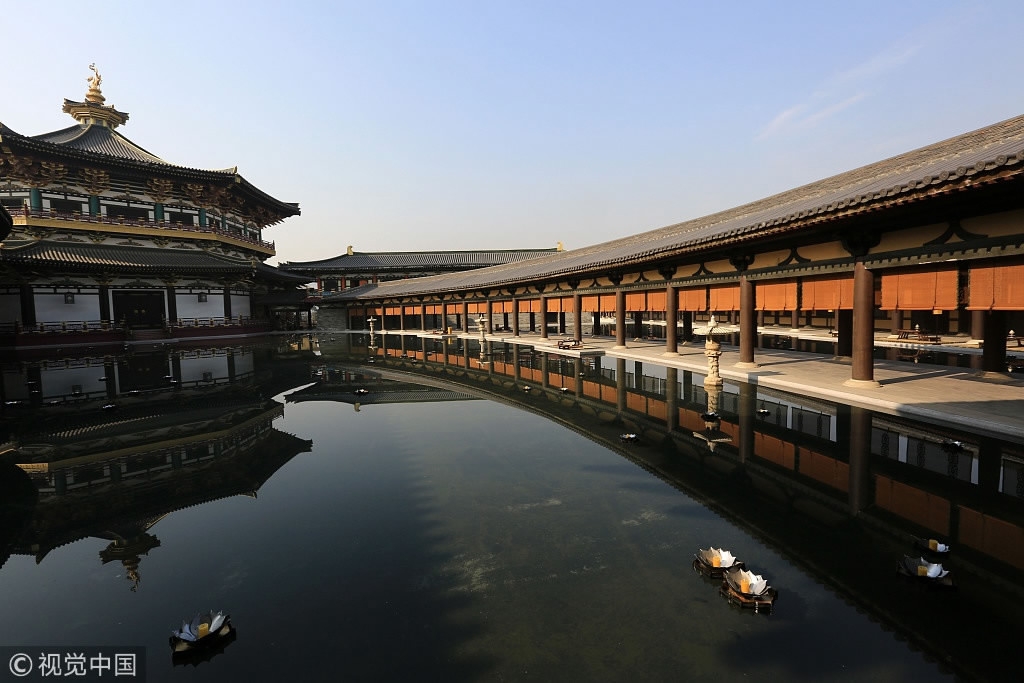 The film base constructed for the film. /VCG Photo

The film base constructed for the film. /VCG Photo

He even planted 20,000 trees and waited for six years until they grew, in order to present the best “Chang’an” he could imagine. Besides, Chen said he also abandoned the idea of shooting a 3D film, so that the audience would be able to enjoy the high-quality scenery without the need for glasses or the dimming effect associated with the medium.

However, after its opening, the polarized opinions have become even more popular than the film itself.
Most of the insiders gave a thumb up to the film. Han Han, an influential Chinese writer, film critic and new director, said it is a “top-level” domestic film, while director Lu Chuan said it is “a real visual feast, worth watching for a second and third time in the cinema.” 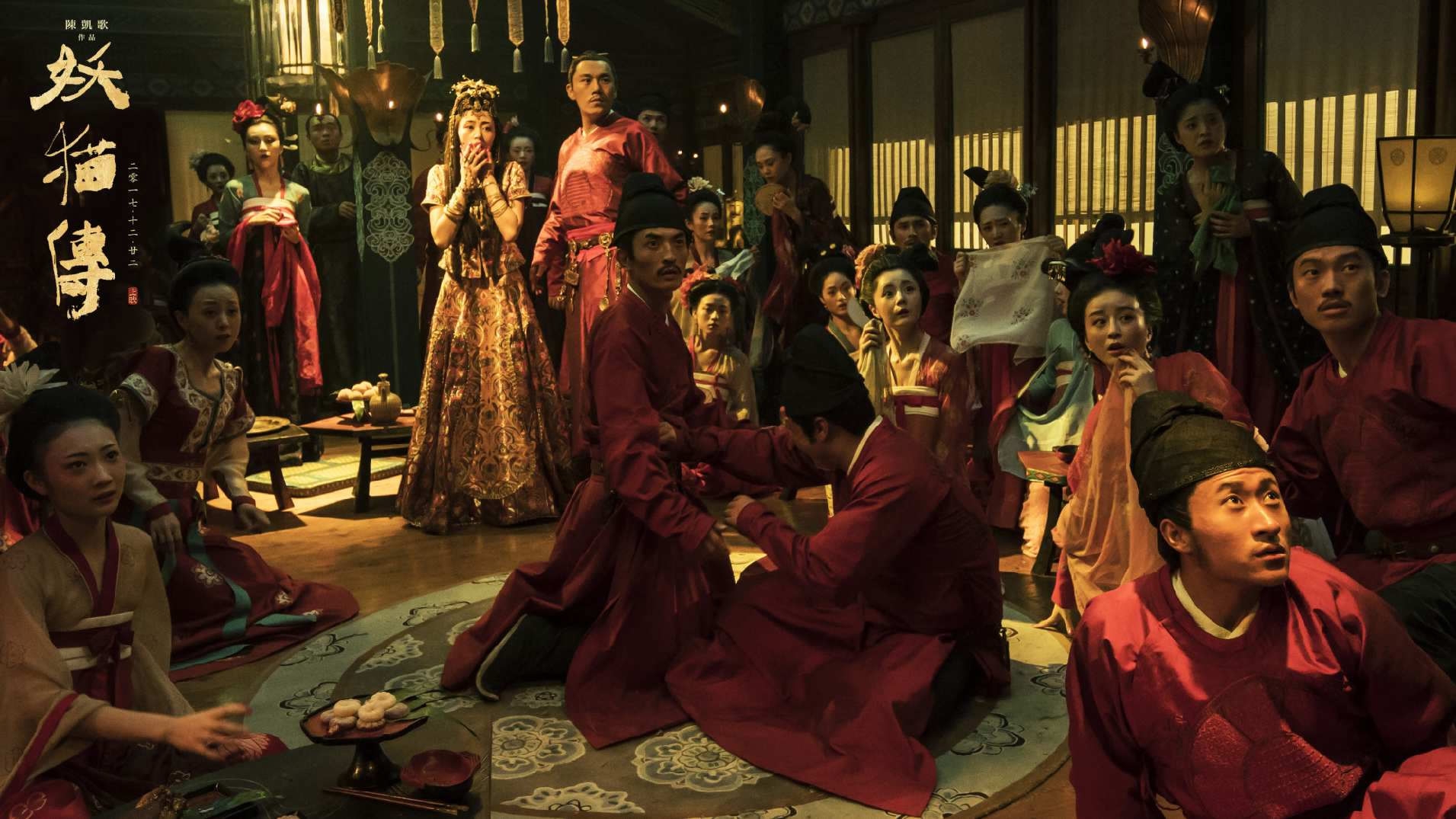 “It would be unjust to smear it while deliberately ignoring the obvious effort of the crew and the outstanding performances of the actors,” said Lu.
“It is a confrontation between the adolescent and the adult,” said Jiang Fangzhou, one of China's young writers. Xia He, another post-1980s writer, called him “a master who has always devoted himself to exploring reincarnation and destiny.”
The film was scored 6.9 on douban.com, a Rotten Tomatoes-like aggregation platform for movies, music and books. Most of those who gave the film the highest five-star rating said it is a highly-symbolic production that probes into truth and lies, love and heat, hypocrisy and sincerity, as well as the darkness and kindness in power and humanity. 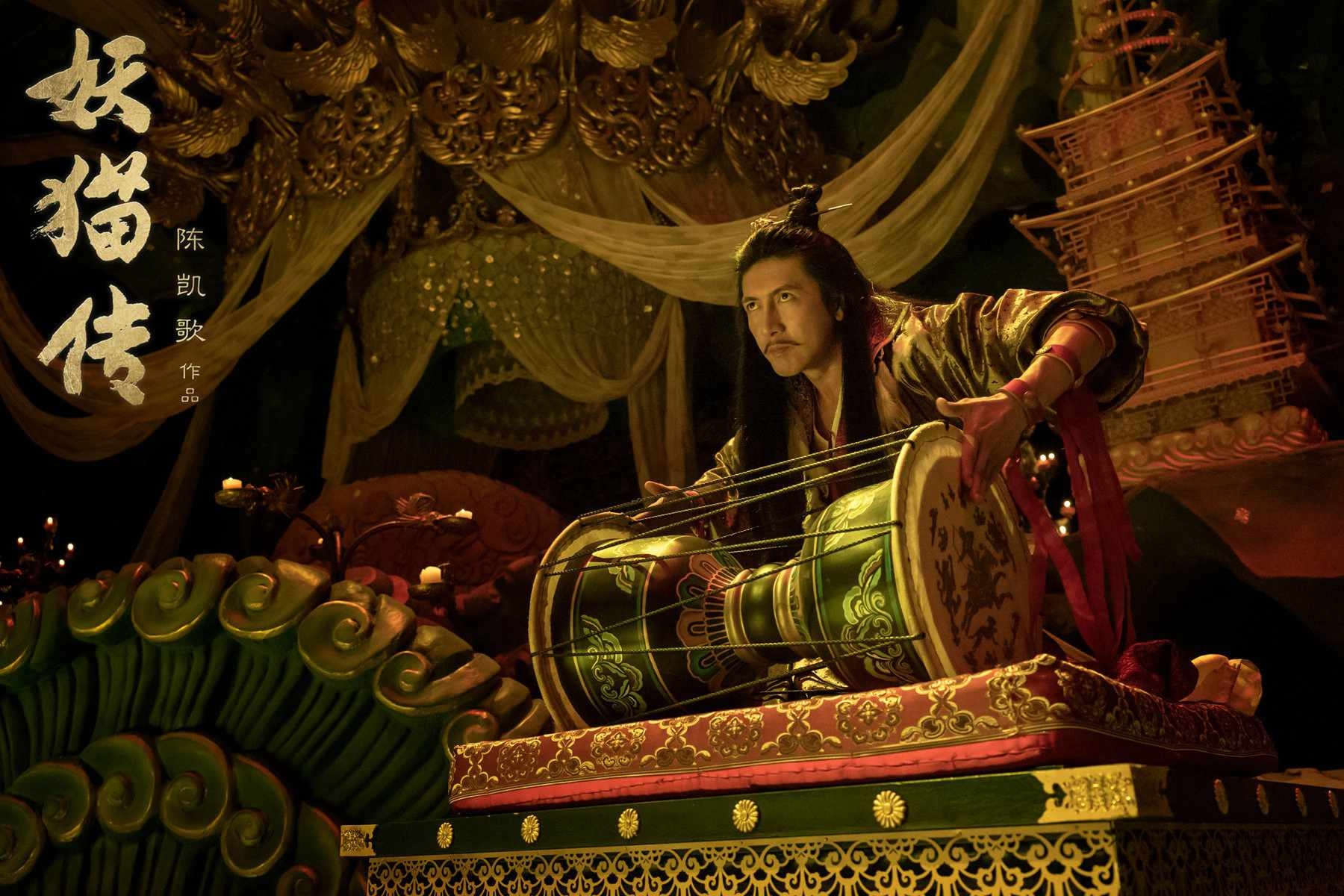 Those who gave bad scores argue that the film has put too much emphasis on presenting a “Tang Dynasty” while “ignored the character development.”
Some criticized the “incoherence between the first and the second half” or the “imperfect logic”.
“The first half of the film is really attractive, especially the grand party Emperor Xuanzong held for Yang Yuhuan, but the latter half is too lengthy,” said Anuan, a movie enthusiast from douban.com. 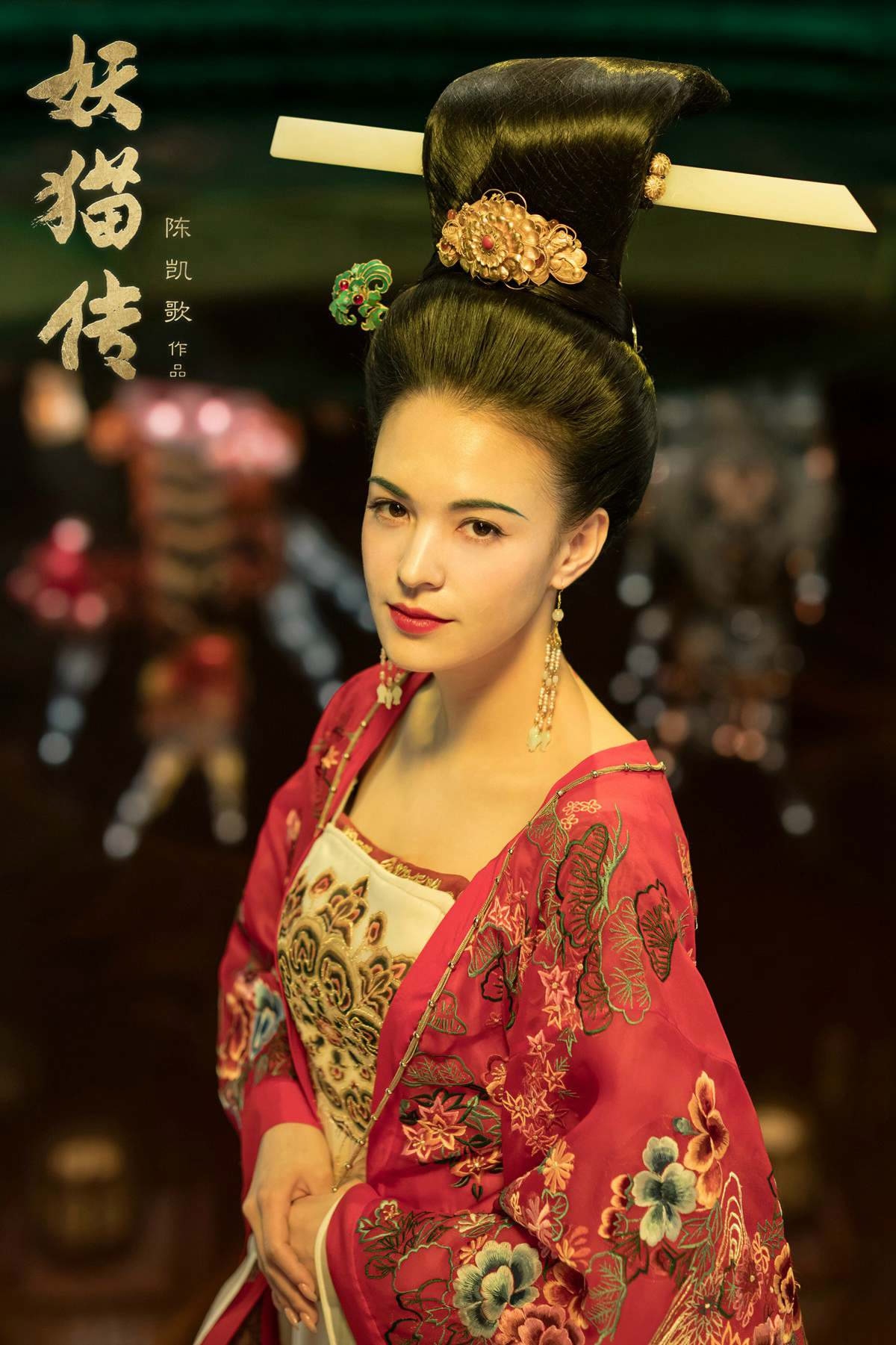 “The logic of the film has messed up, and the performances are too shallow despite how much he wanted to express a profound theme,” said Yu Shi, also a blogger from douban.
There are also criticisms over “too many Japanese elements” and the casting, especially Sandrine Pinna, who plays Yang Yuhuan in the movie. Born to a French father and a Chinese mother, many complained that she is not the ideal “Yang Yuhuan”, who is often described as a classic Chinese beauty.

Chen Kaige: I have no intention of justifying myself 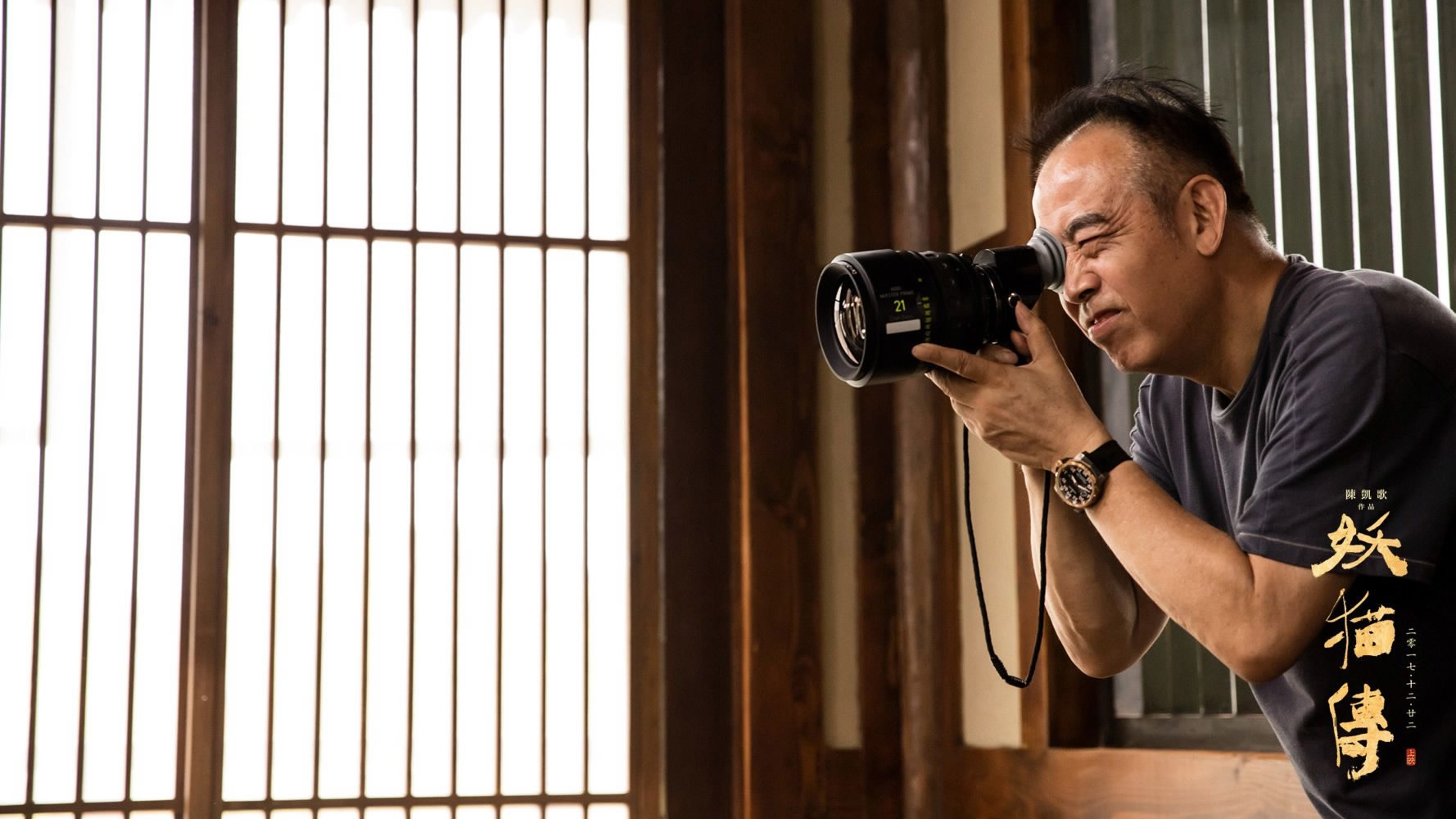 It is not the first time that a Chen-Kaige film has triggered controversies and debates, however. His fantasy film “The Promise” in 2005 brought tons of sneers and ironic parodies, and “Monk Comes Down the Mountain” in 2015 saw no improvements in the comments.
Many have complained that Chen could no longer reach the peak he created with his drama “Farewell My Concubine”, which won him the Palme d'Or in 1993 and was put into the “hall of fame” by public praise.
However, when asked why he continues to make fantasy movies 12 years after “The Promise”, Chen denied that it is to “justify himself” in commanding the genre. 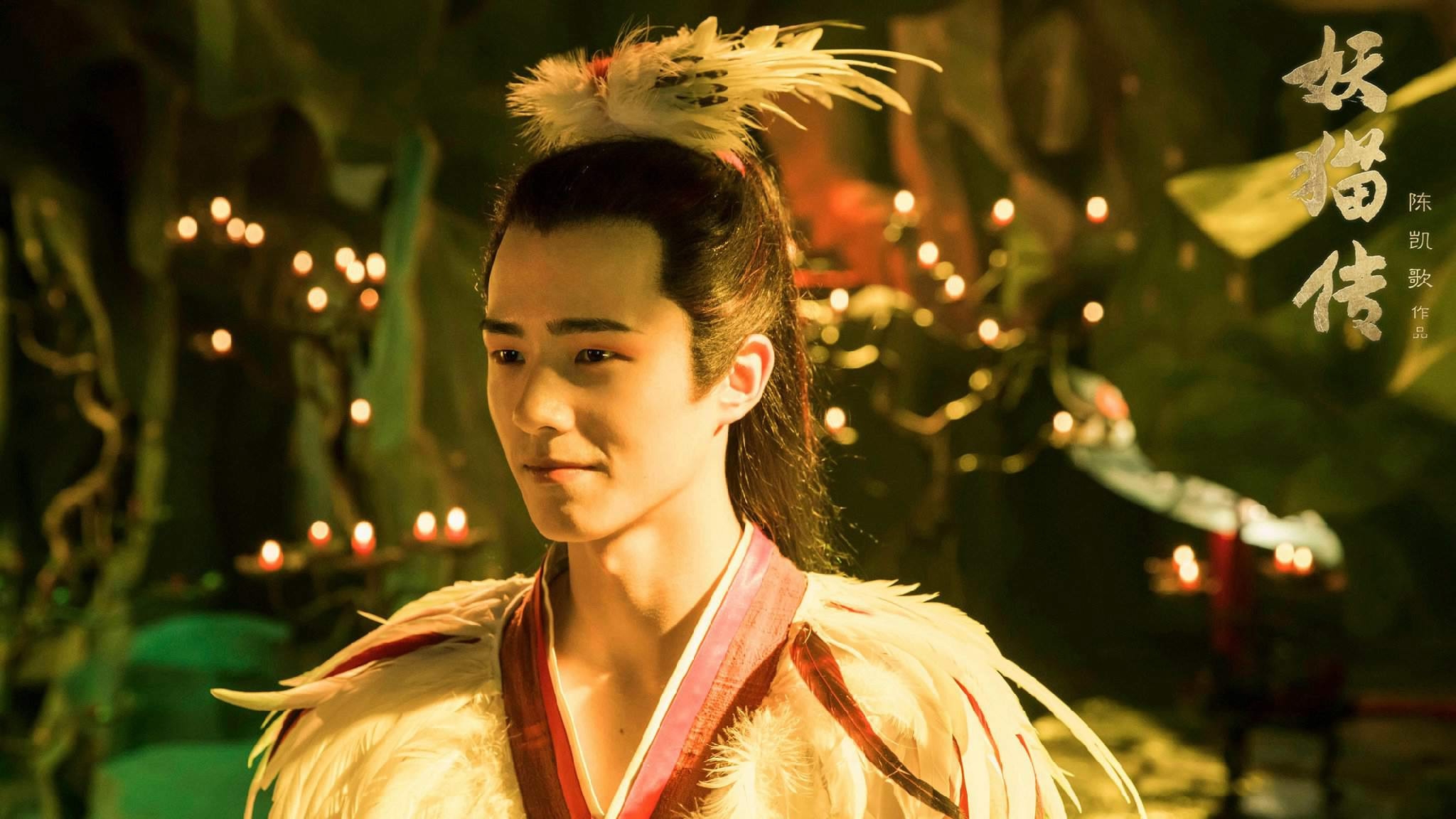 “It is only my nostalgia and respect to a beautiful dynasty,” he said. He added that he never considered “The Promise” and “Monk Comes Down the Mountain” to be “bad films”, indicating that public opinion could also change as time goes by.
The director said “Farewell My Concubine” and “Legend of the Demon Cat” are both singular expressions, and he would not consider either as the end.
“Love and beauty are the themes that run through all my movies, and they are overwhelming to me,” said Chen. He added that he tends to glorify women and adolescents in his films, for they are the symbols of such themes.