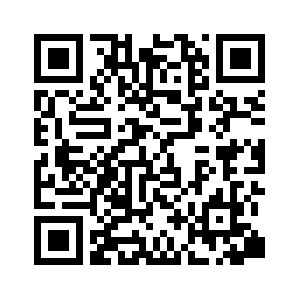 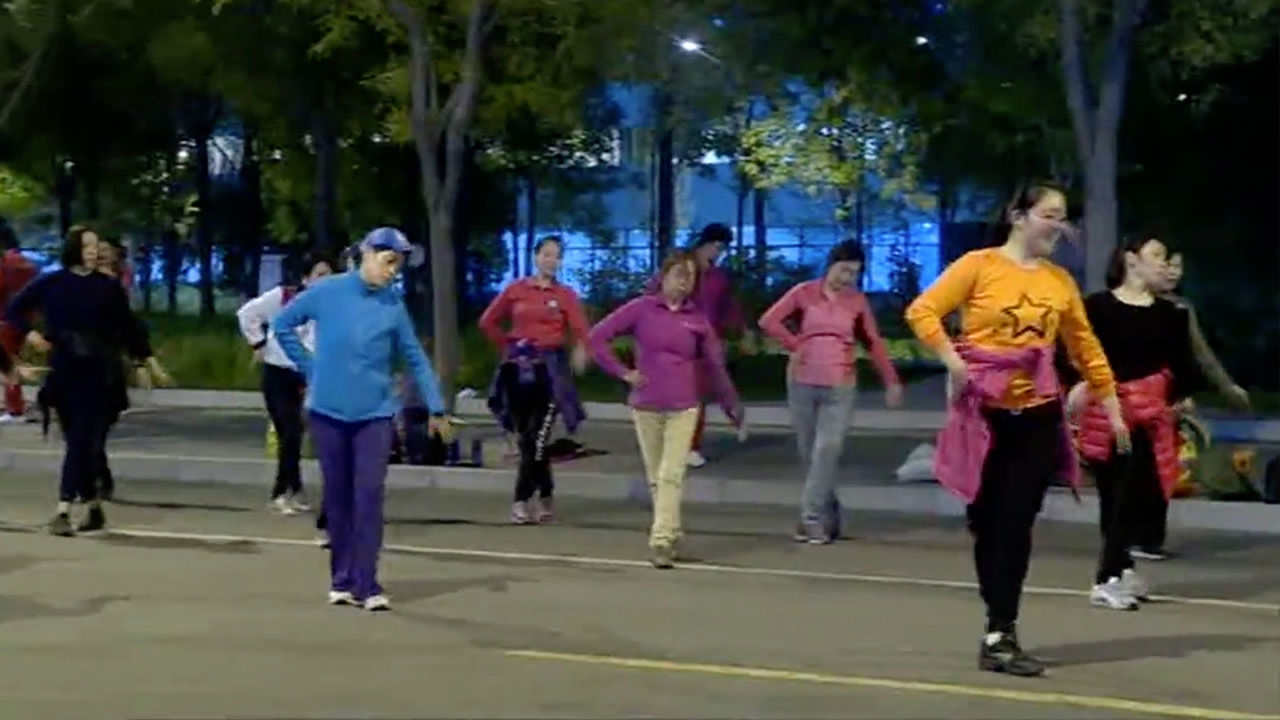 Many claim high-energy dance to be one of the greatest forms of exercise – and if you've ever taken an evening stroll around a typical Chinese city, you've probably seen dozens of old-timers square-dancing to their heart's content. They swear by the positive effect it has on their health – both mental and physical.
Wangjing, nicknamed "Little Korea" of Beijing, as it's a favorite haunt of students from that area of the world. But we're not here to talk to them – today we're more interested in those who started a square-dancing group called Nichangcaiyun, which regularly meets here.
The 52-year-old Hou Jianyun is the co-founder of the square-dancing group. The self-learning dancer set up the group with another lady named Zhu Yongling in the summer of 2015.
"I used to see the women dance on my way from my stressful job. I decided to join them one day. It took me three months to learn the moves. I have done this for two years now. My friends and family say I have become more graceful and charismatic since I started," said Hou. 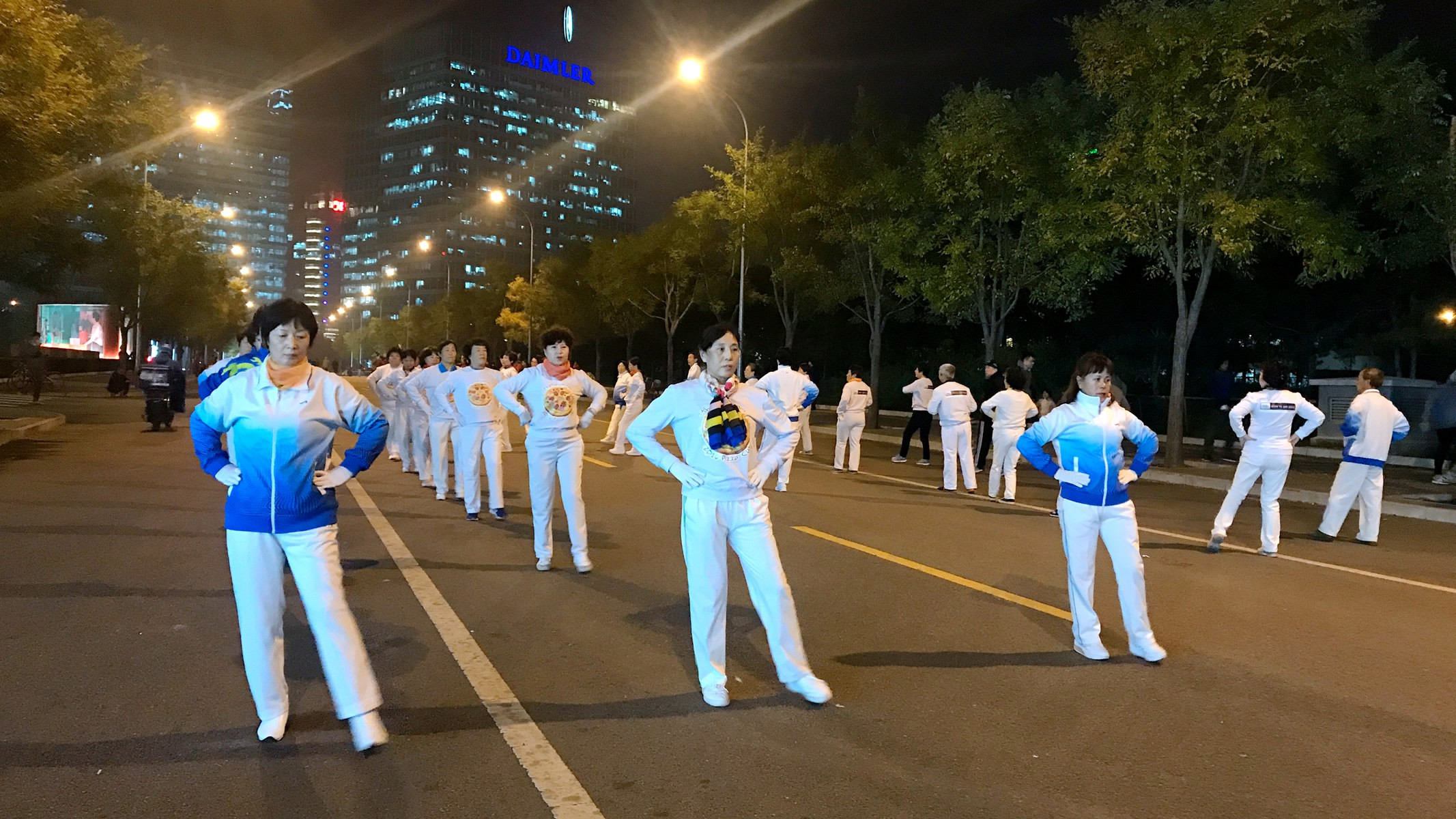 A square dancing group starts their dancing as the light fades in the Wangjing SOHO square of Beijing. /CGTN Photo

A square dancing group starts their dancing as the light fades in the Wangjing SOHO square of Beijing. /CGTN Photo

As the light fades on another day, and when ladies their age might be advised to be settling down for the night, these women come alive.
So what exactly is square dancing? Well, it's a routine dance popular among the middle-aged and retired. But it's gaining in popularity. In fact, just a few meters from us here is another square dance, and anyone can join, including me.
It's no longer the preserve of elderly ladies or dancing grannies, as the names they're often referred to.
Many now see it as a fun way to be sociable and stay fit, regardless of your age or gender.
It looks easy, and I've had a few lessons, so now I can make my moves. And during Beijing's cold winter, I can warm up very quickly doing the dance. 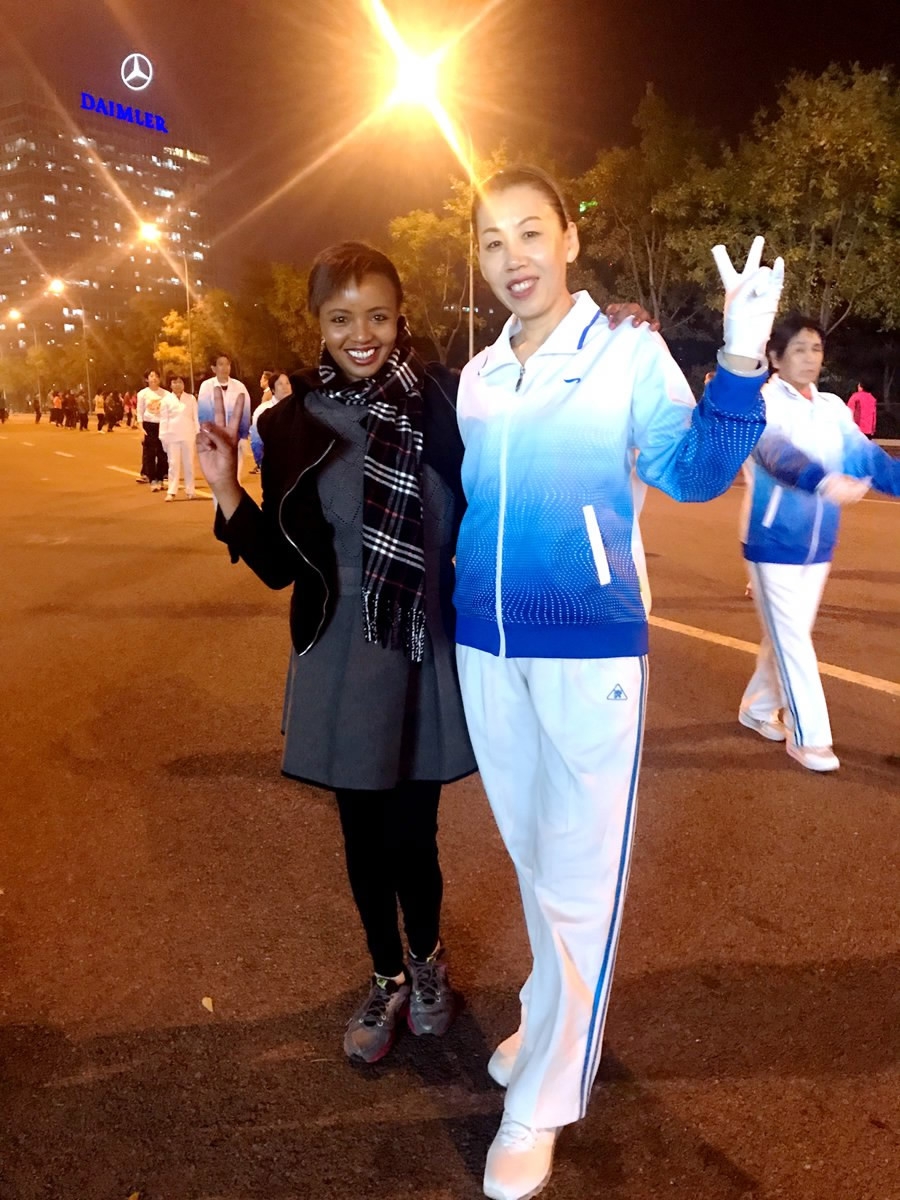 At 7:30 p.m., these dancers start their one-hour routine. One dancer told us that she could do this for more than one hour non-stop, and the secret to learning the square dancing is to follow suit, no matter whether your moves are right or wrong. Just follow the others.
But it's all just for fun. The group, known as the Colorful Rainbow Clouds, take their routines very seriously and have even bought their own uniforms, for good reason too.
"We have participated in the pizza festival of Wangjing SOHO for two years. The organizers invited us to join the festival and interact with the audience, who are from home and abroad. We all dance together," said co-founder Zhu Yongling.
Even with my alleged natural rhythm as a young African woman, I'm going to have to concede defeat to these sprightly seniors.
11km