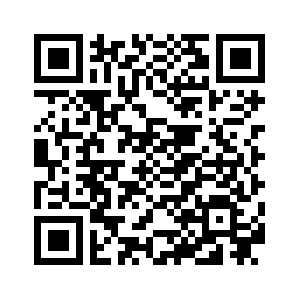 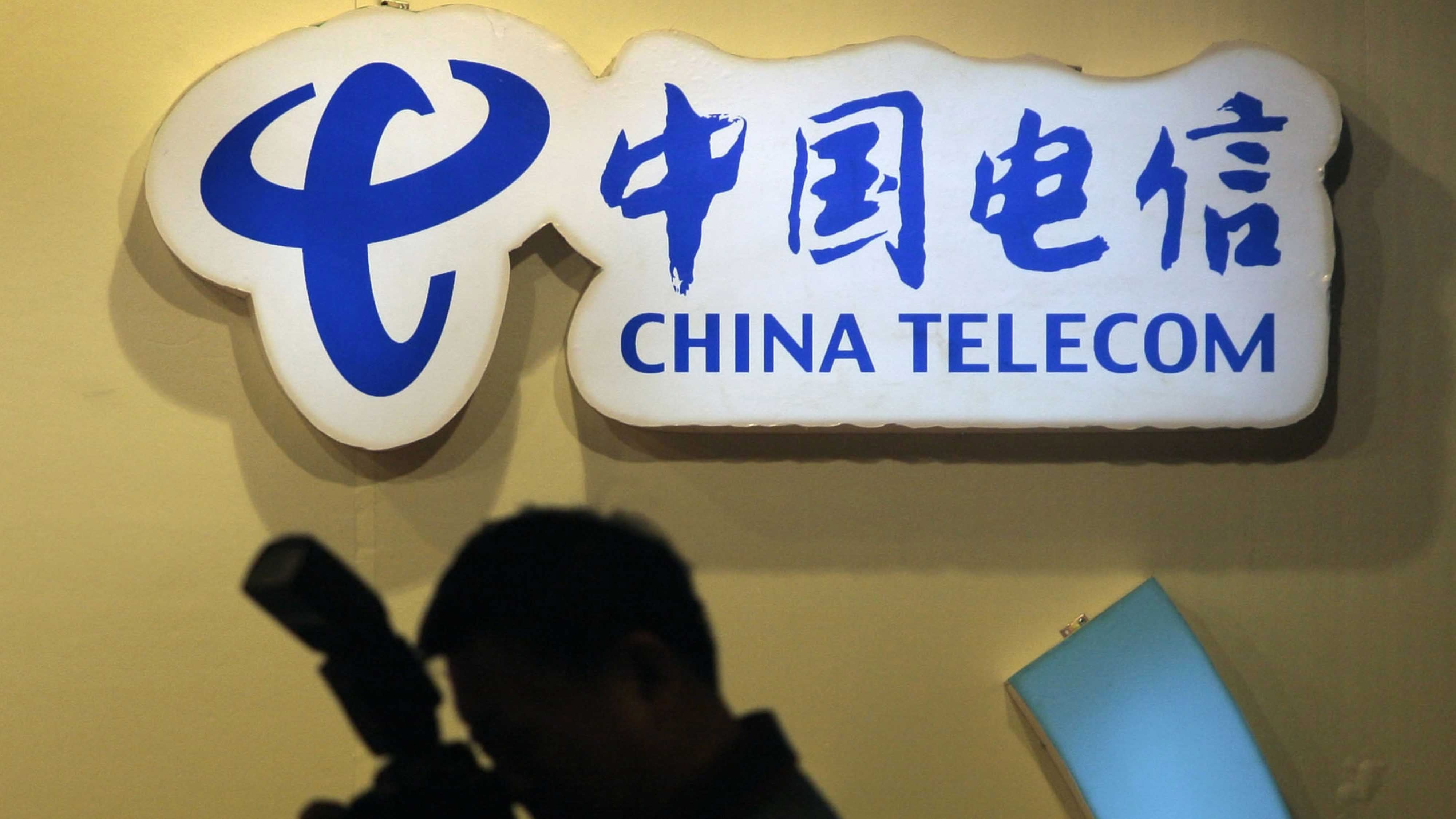 China has cited the "increasing mutual trust” between Beijing and Manila to try to allay fears among Philippine lawmakers that state-run China Telecom Corp’s entry in the Southeast Asian country will compromise national security.
“The Philippine government recently decided to allow China Telecom to operate in the Philippines. We believe that testifies to the increasing mutual trust between the two countries and the vast cooperation potential. China-Philippine relations have been improving, and bilateral practical cooperation has been yielding fruitful outcomes, delivering tangible benefits to the two peoples,” Chinese Foreign Ministry spokesperson Lu Kang told reporters at a press briefing on Thursday. 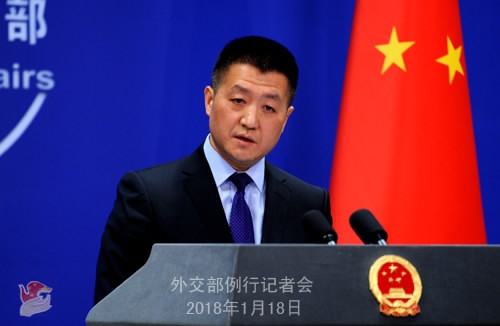 “Regarding Chinese enterprises' overseas investment and cooperation, we've also said many times that the Chinese government always asks them to abide by the market principles, international rules and local laws and regulations,” he added.
The Chinese response came a day after opposition members of the Philippine Congress compared China Telecom’s entry into the Philippine market with the fabled “Trojan horse”, saying it might givie China access to state secrets.

In a bid to break the duopoly of PLDT and Globe Telecom, Manila is poised to finalize a third telecom operator by the end of March. China Telecom has been named as a likely investor in that third entity.
Philippine President Rodrigo Duterte offered China Telecom a slot to become the third telecom operator last month. “The Chinese government selected China Telecom to invest in the Philippines upon invitation by President Duterte during the bilateral meeting last Nov. 16,” Eliseo Rio, secretary of the Department of Information and Communications Technology (DICT), told Reuters. 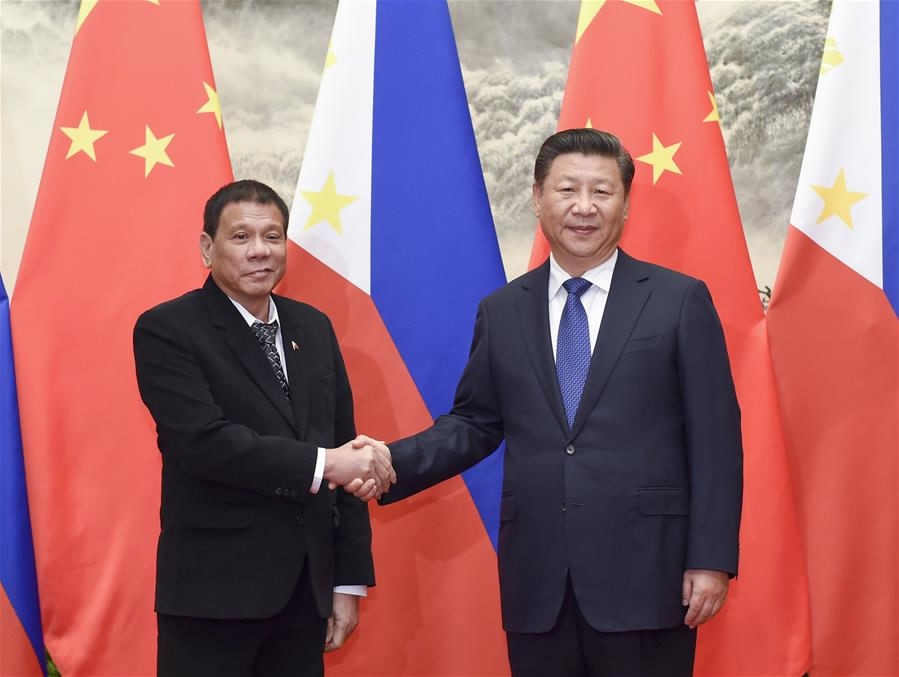 The offer was part of Duterte's efforts to strengthen ties between China and the Philippines, taking into account political as well as economic considerations, presidential spokesman Harry Roque said later.
"It was brought up in bilateral negotiations between the Philippines and China. And the eventual player that was chosen by China, China Telecom, without doubt is one of the biggest in the world," he said. "It was a political decision of the president to offer it to a Chinese company. Intended, I guess, also to strengthen our bilateral ties with China."
The Chinese telecom firm would need to partner with a Philippine company to operate in the Philippines because of a 40-percent cap on foreign ownership of domestic telecom firms. 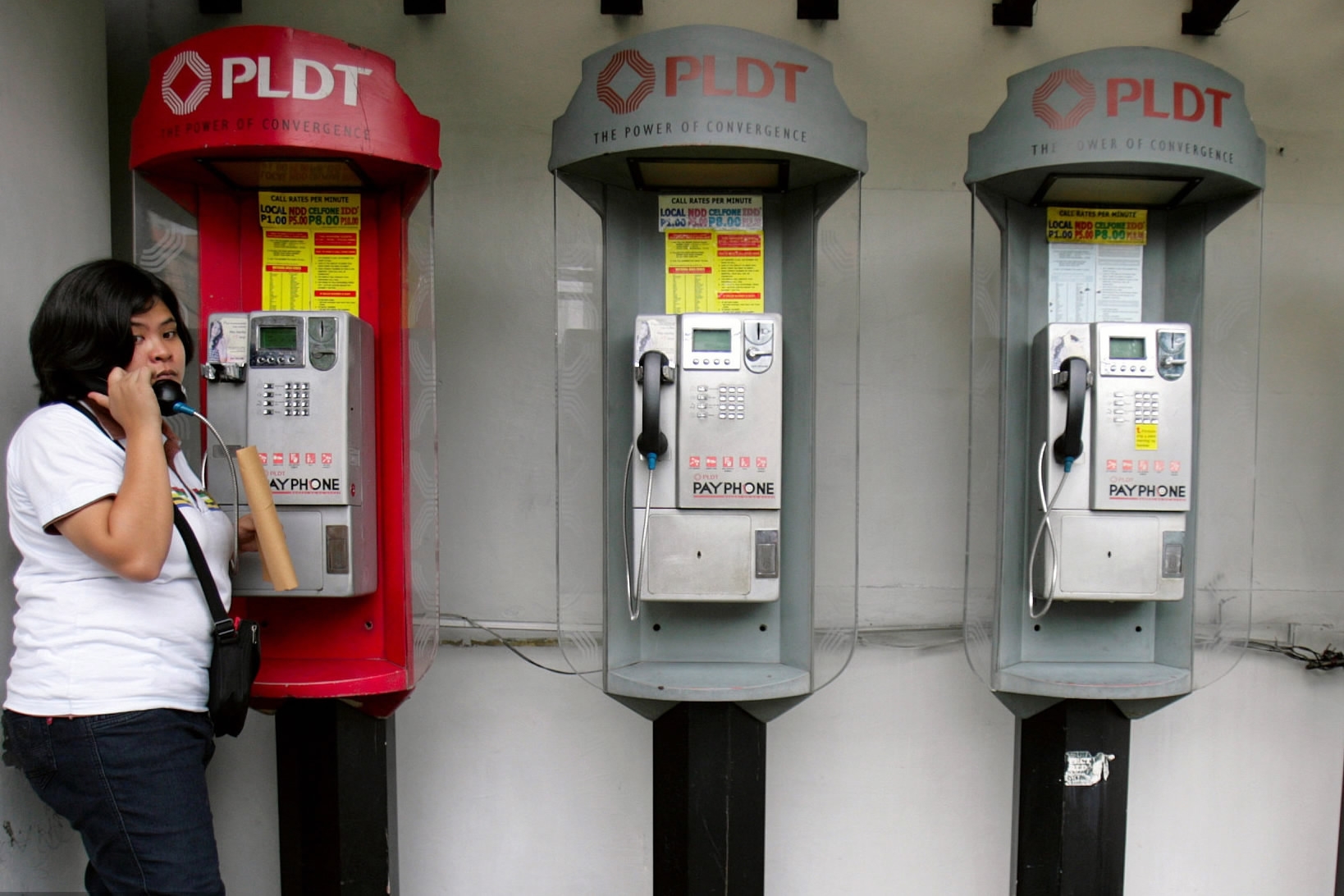 State-run National Transmission Corp. (TransCo) and Philippine Telegraph & Telephone (PT&T) have expressed interested in partnering with China Telecom to establish a new operator, according to reports in Philippine media.
China Telecom said last month that no deal has been reached yet. “China Telecom is currently having a preliminary study on the investment opportunity in the Philippines and no concrete plan has been determined yet,” a China Telecom spokesperson told Reuters.
A DICT representative said in addition to China Telecom, Japan-based KDDI, South Korea-based LG Uplus and an unnamed company based in Chinese island region of Taiwan expressed interest in investing in the country. 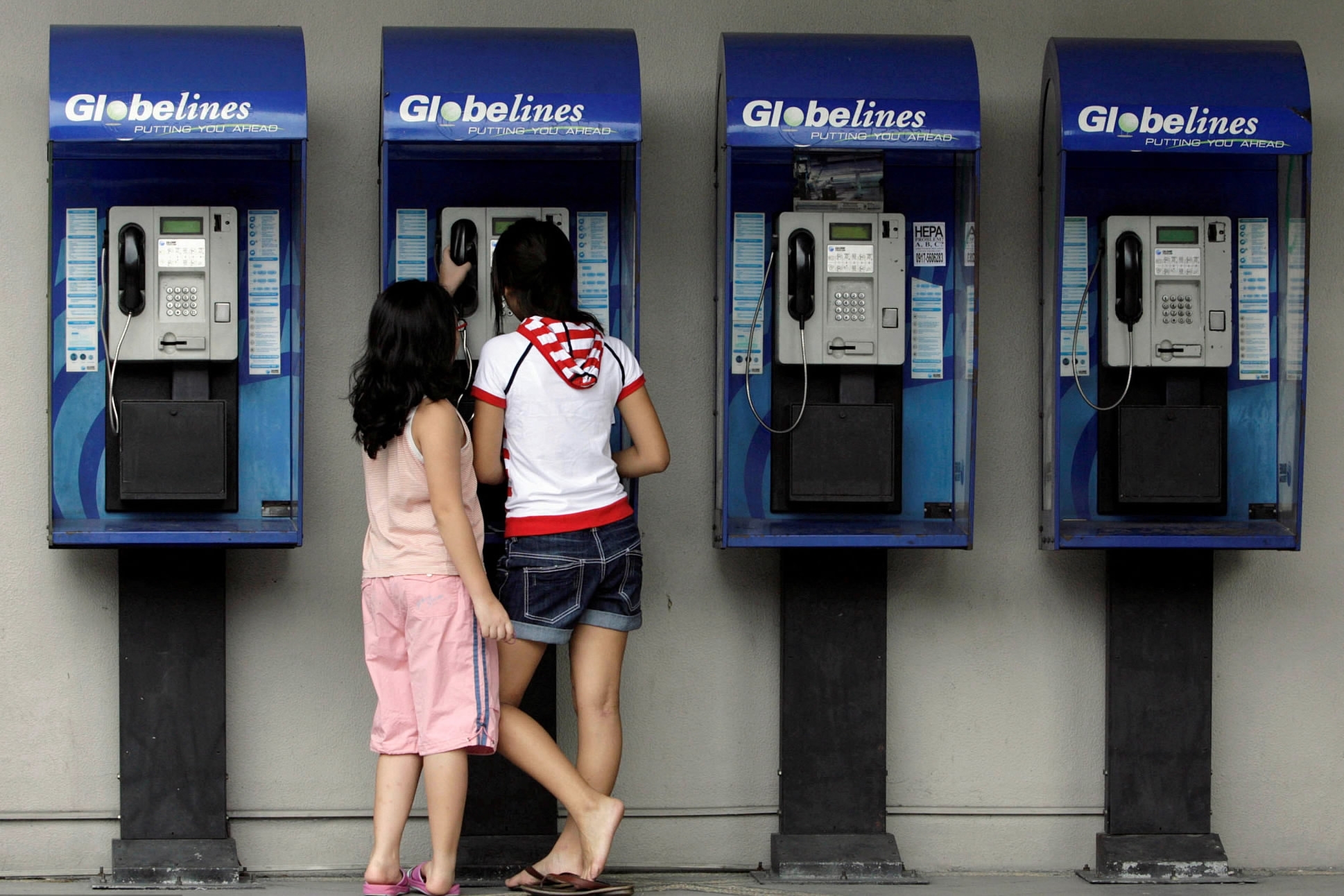 Children use a Globe Telecom payphone outside the Philippine company's headquarters in Mandaluyong, Metro Manila, on August 10, 2007. /VCG Photo

Children use a Globe Telecom payphone outside the Philippine company's headquarters in Mandaluyong, Metro Manila, on August 10, 2007. /VCG Photo

However, some opposition lawmakers are concerned that China Telecom will use its telecommunications expertise and sophisticated technology to tap into sensitive government data, posing a security threat in the long run.
“While we agree that telecommunications and connectivity are serious problems in our country, it behooves us to scrutinize the China deal,” the House minority bloc said in a statement.
Questioning whether China Telecom is a “Trojan horse”, the lawmakers sought a congressional inquiry and cautioned the government against rushing into any deal. “Giving China access to the country’s communications infrastructure is a serious threat to national security,” they said, adding that the United States was aware of such risk, referring to a bill introduced recently by two US lawmakers that bars the US government from using or contracting with Chinese telecom firms Huawei or ZTE Corp.
Danilo Suarez, minority House leader, was the first to raise questions about China Telecom in an opinion piece published by the Manila Standard last week, stating: “Giving China access to the Philippine communications infrastructure is a serious threat to national security.” 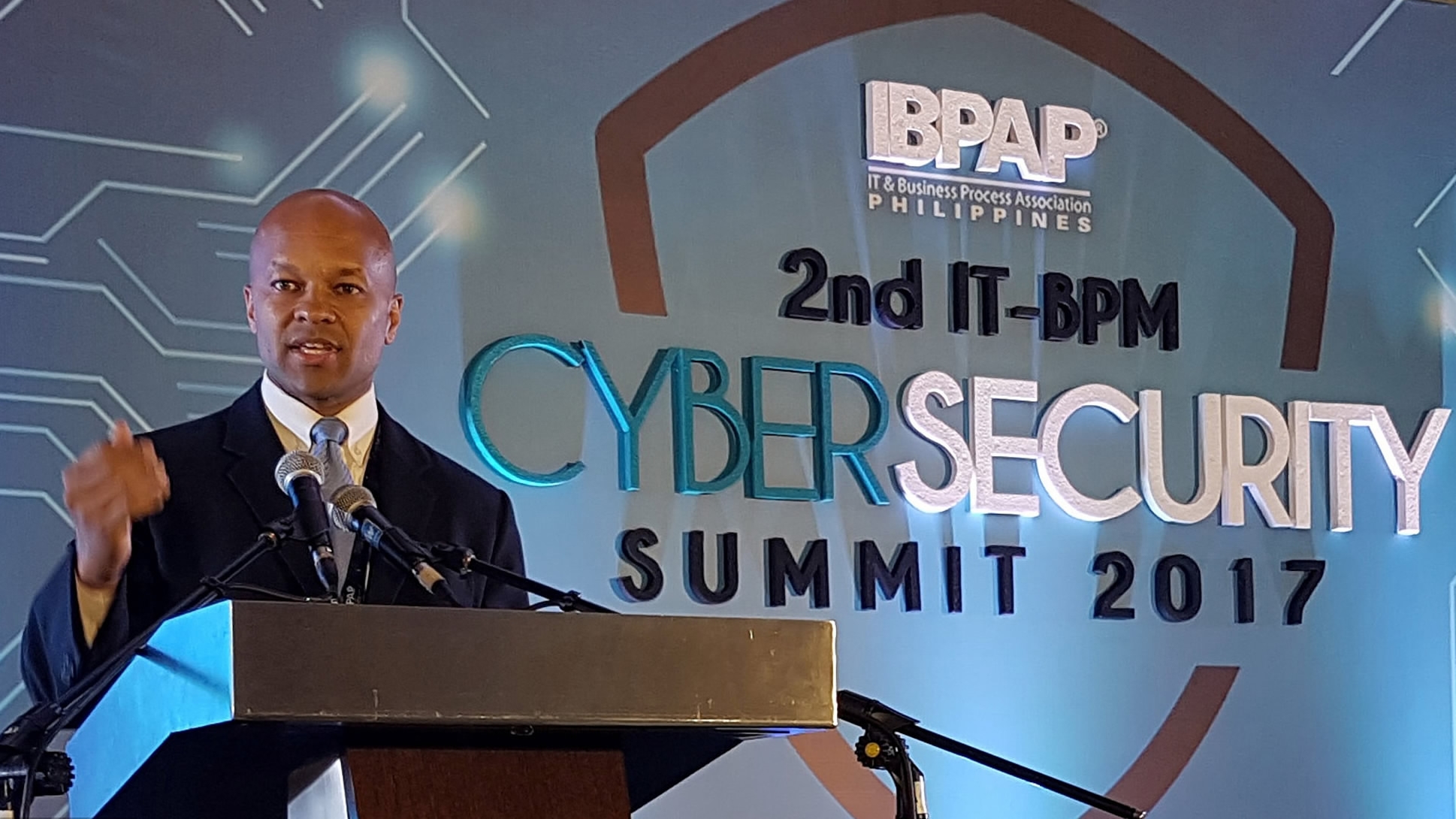 Lamont Siller, the legal attache at the US Embassy in the Philippines speaks during a cyber security forum in Manila, Philippines, on March 29, 2017. /VCG Photo

Lamont Siller, the legal attache at the US Embassy in the Philippines speaks during a cyber security forum in Manila, Philippines, on March 29, 2017. /VCG Photo

The Philippines, meanwhile, is beefing up cybersecurity measures ahead of the entry of the third telecom operator, the president’s spokesman said last month, in response to concerns that national security could be at risk.
“They should not worry because the government is already worried,” presidential spokesman Roque told a regular news briefing on December 21. Regulators had been ordered to take all measures to protect the country’s cybersecurity with the likely entry of China Telecom, Roque added.
The Philippine DICT on Wednesday reiterated that a National Cybersecurity Plan is in place to provide measures against security risks, DICT Assistant Secretary Allan Cabanlong told Reuters, trying to calm the opposition lawmakers’ concerns.
“Rest assured that there is no problem. What is important is that we are focused on the development of the country,” he said.
The DICT last week published guidelines for the entry of the third telecom operator. A key requirement is the company can’t be a subsidiary, affiliate, or have any corporate or financial interest with incumbent operators PLDT and Globe as of Dec. 31 2017.
(With inputs from Reuters)
2848km