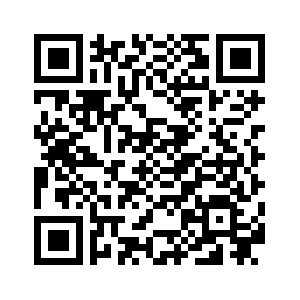 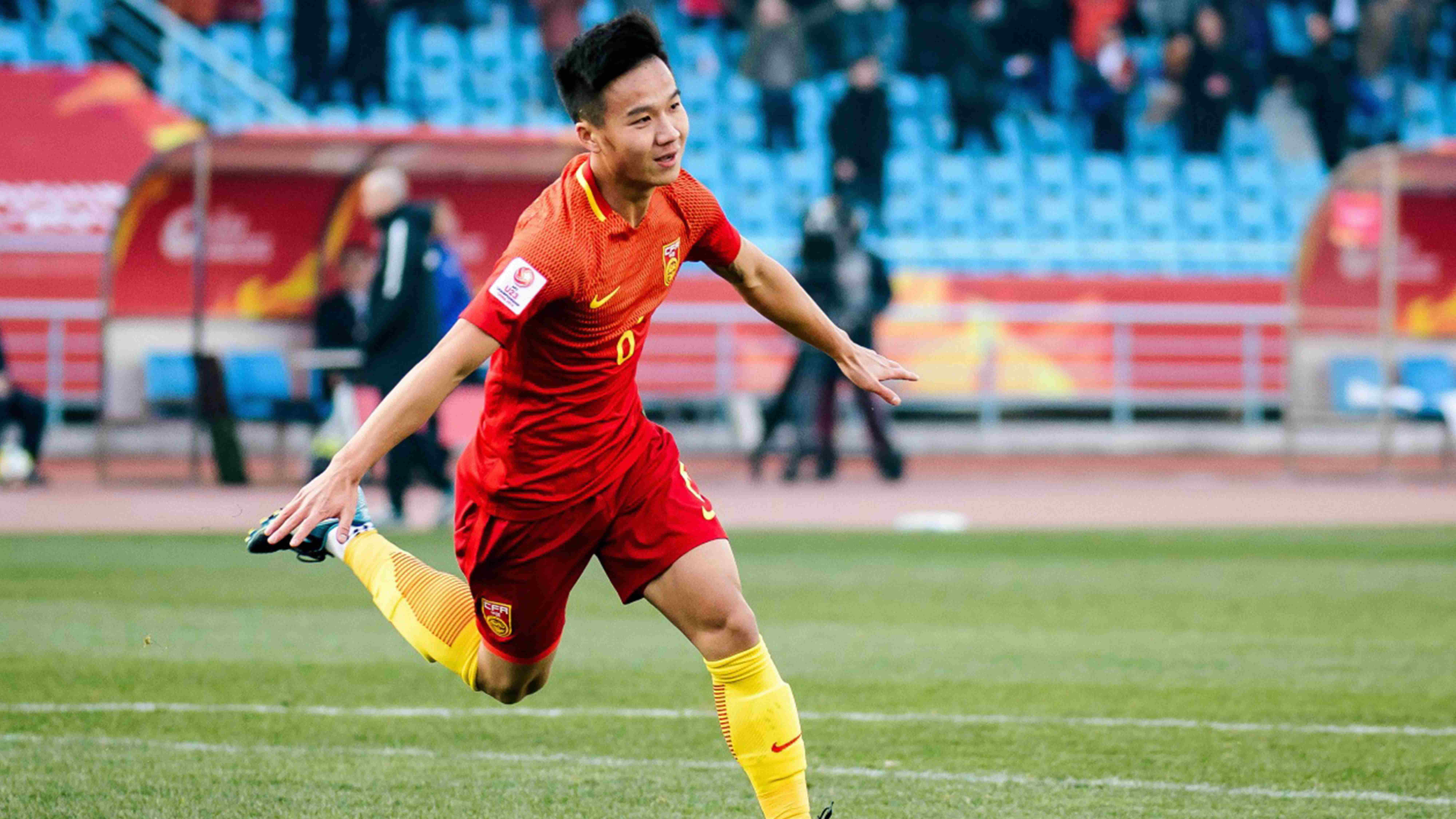 Hosts China faced Qatar in their final Group A’s match in AFC Under-23 Championship on Monday, with a spot in the quarterfinals on the line.
China struck first when Deng Hangwen dodged a defender and passed the ball to Yao Junsheng, who netted from close range to take the lead in the third minute.
After a slow start to the game, Qatar gradually came back to form. China suffered a blow in the 42nd minute as captain He Chao was sent off after receiving a second yellow card. 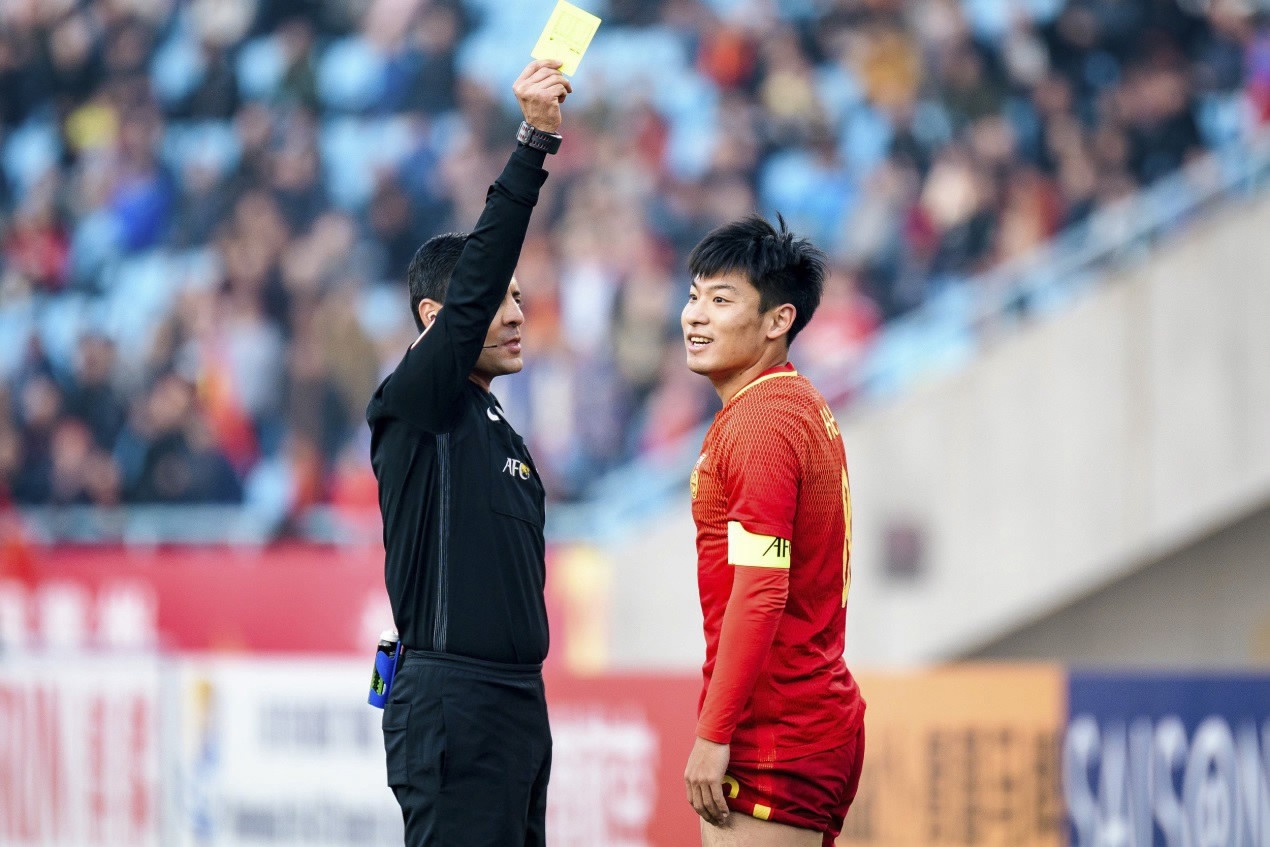 China’s He Chao gets a warning during the match. /VCG Photo

China’s He Chao gets a warning during the match. /VCG Photo

Qatar was denied an equalizer when Bassam Al-Rawi's free-kick hit the crossbar. However, they did capitalize on their one-man advantage just before the interval when an unmarked Almoez Ali headed in Akram Afif's cross.
The scores remained level until the 77th minute, when Ali collected a long pass down the middle from Tameem Al Muhaza and clipped the ball over goalkeeper Zhou Yuchen for his second goal of the match.
China had no reply and Qatar managed to hold on to secure a 2-1 victory that gives the Gulf side top spot in Group A. 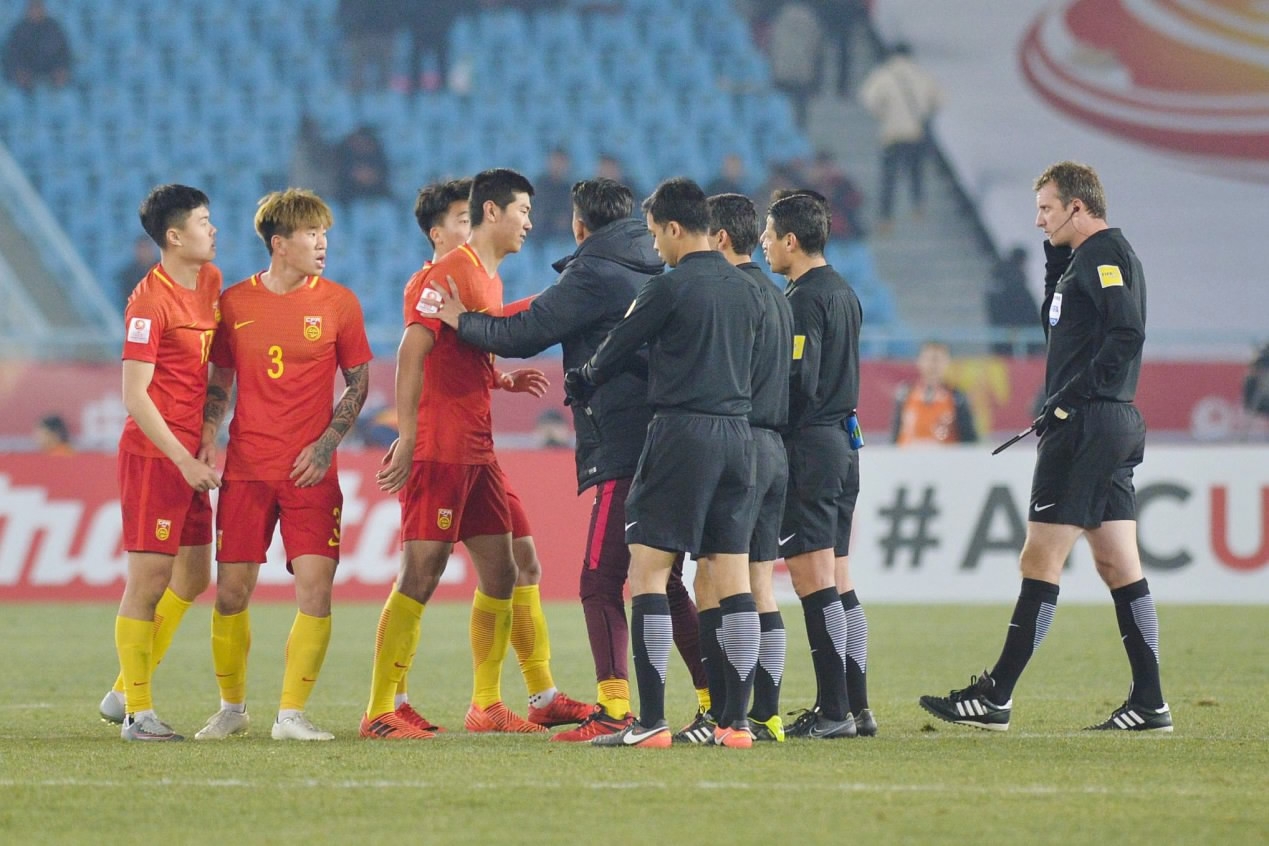 After the match, China’s Hu Jinghang, Yang Liyu, Liu Yiming and Li Xiaoming took issue with the referees’ judgment.
"I do not want to talk more about the referees," China’s coach, Massimiliano Maddaloni commented.
"From the beginning of this match until the 35th minute we played very well, and the players put on a very good performance.
"We had a chance to make it 2-nil which would have been a very good start. But it is a pity that we lost the game," Maddaloni added.