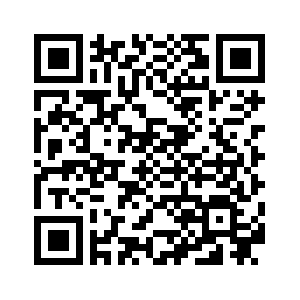 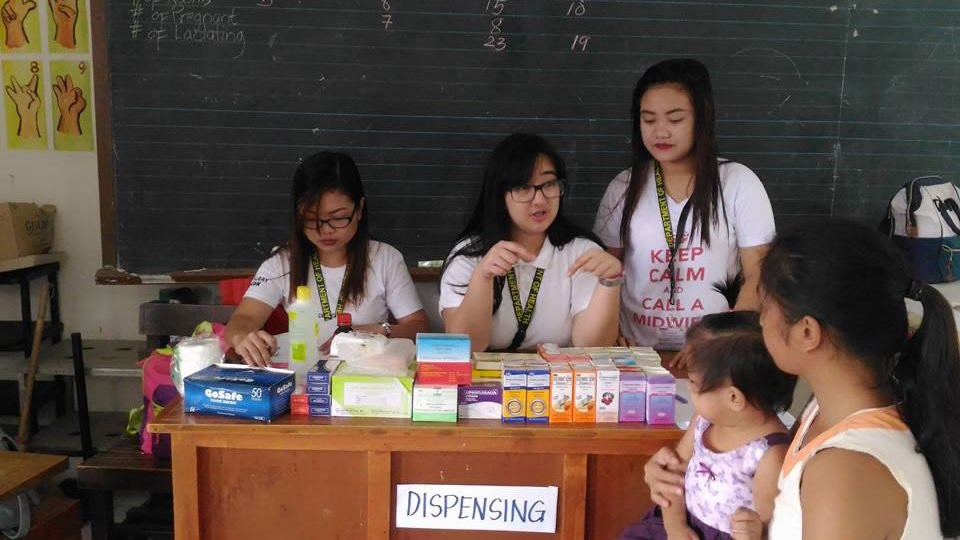 At the Cabangan relief center in Camalig that houses more than 560 families who fled erupting Mt Mayon Volcano, the message on a volunteer’s t-shirt reads,"keep calm and call a midwife."
A group of pregnant women queued up at camp for medical examination stare at the message while waiting for their turn to consult the doctors. Some of these women are likely to give births in the next few weeks.
In the midst of the calamity, the center is preparing for new births and doctors are working overtime to ensure safe deliveries. 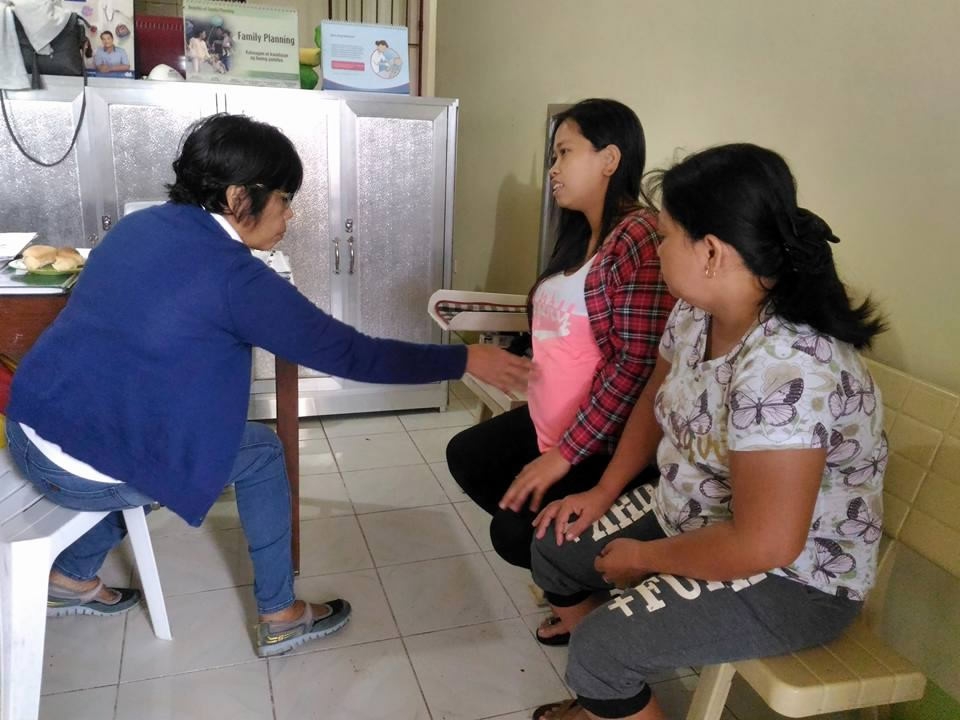 Ding Baldo, mayor of Camalig in the province of Albay in the Philippines, told CGTN that there are currently more than 15 pregnant women at the evacuation center.
“We are racing against time to ensure safe deliveries. Our volunteers are making the necessary arrangements,” she said.
The Mt Mayon eruptions — one of the most active volcanoes in the Philippines — has forced the government to launch a massive evacuation exercise from Sua, Salugan, Tumpa and other affected villages.
The "quiet eruptions" of the volcano was upgraded to a level three alert on Thursday – which means the volcano is in a critical stage – as Mt Mayon exhibits “high unrest” with high levels of magma at its crater.
Eruptions have forced more than 1,400 families from eight villages to seek shelter at various camps. Depending on the magnitude of explosion, more families are likely to be evacuated to relief camps.
The volcano's eruptive activity since January 14 has led to 48 rockfall events, and one volcanic earthquake was recorded. The lava flow has advanced to more than three kilometers from the crater and slowly inching towards the villages, The Philippines Institute of Volcanology and Seismology (PHIVOLCS) said in an update released on Thursday.
Philippine authorities carried out a similar evacuation in 2014 when the volcano rumbled forcing villagers to run for life.
“We have been learning from each evacuation. Hot lava is flowing for the first time, we have made elaborate arrangement not only for pregnant women but also for lactating mothers,” Baldo said.
The incoming families are carefully categorized, and a separate arrangement has been made for children less than six months old, expecting and lactating mothers.
A team of doctors along with volunteers is handing over basic hygiene and medicine kit to these women.
Disaster relief authorities pointed out villagers are getting temporary relief at the evacuation center. For them, life would be tough in the coming months when the Mt Mayon lava destroys their houses and farmland.
For families living in the volcanic mountain, farming and animal rearing are primary occupations.
Authorities fear lava flow will affect more villages crowding the evacuation centers in the coming weeks. “These families have a long battle ahead. They will lose their houses and livelihood, and we will have to start a resettlement drive,” Baldo added. 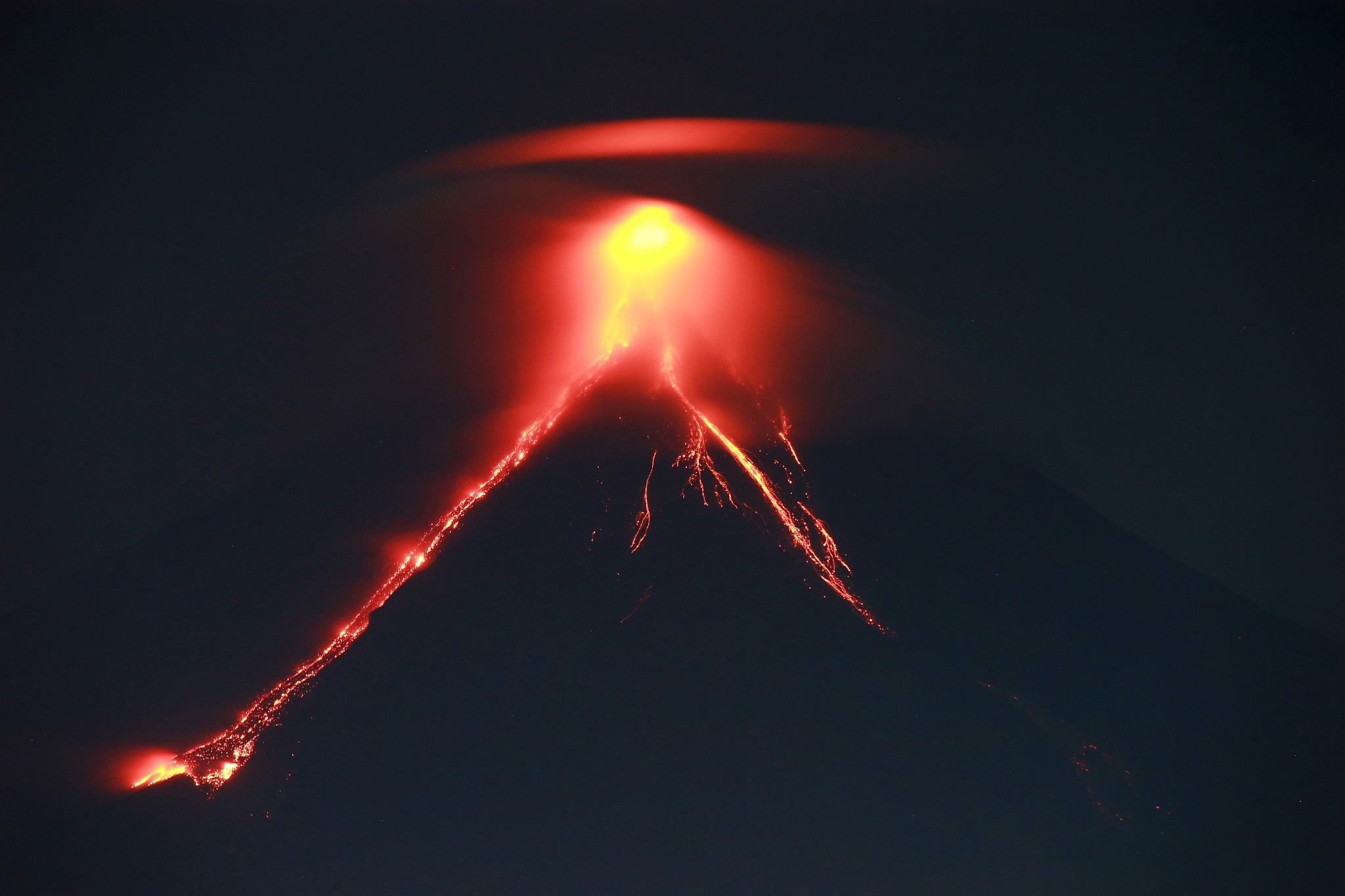 This photo taken on January 15, 2018 shows lava cascading the slopes of Mayon volcano as it erupts, as seen from Legazpi City in Albay province south of Manila. /VCG Photo

This photo taken on January 15, 2018 shows lava cascading the slopes of Mayon volcano as it erupts, as seen from Legazpi City in Albay province south of Manila. /VCG Photo

The Philippines has 25 active volcanoes and is also prone to other natural disasters like tropical storms and earthquakes. Villagers around Mt Mayon are now facing such a large scale disaster after nearly a decade.
The Mayon Volcano is famous for its perfect cone that draws thousands of tourists in the province. The recent eruptions has increased the number of tourists.
The red lava flowing from the top of Mt Mayon is a captivating sight and also a source of the plight of nearby villagers.
The volcano first erupted in 1616 and then in 1814, killing more than 1,200 people.