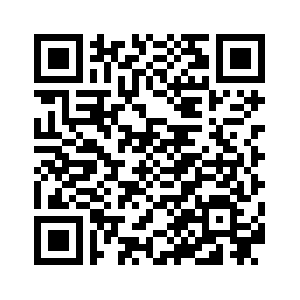 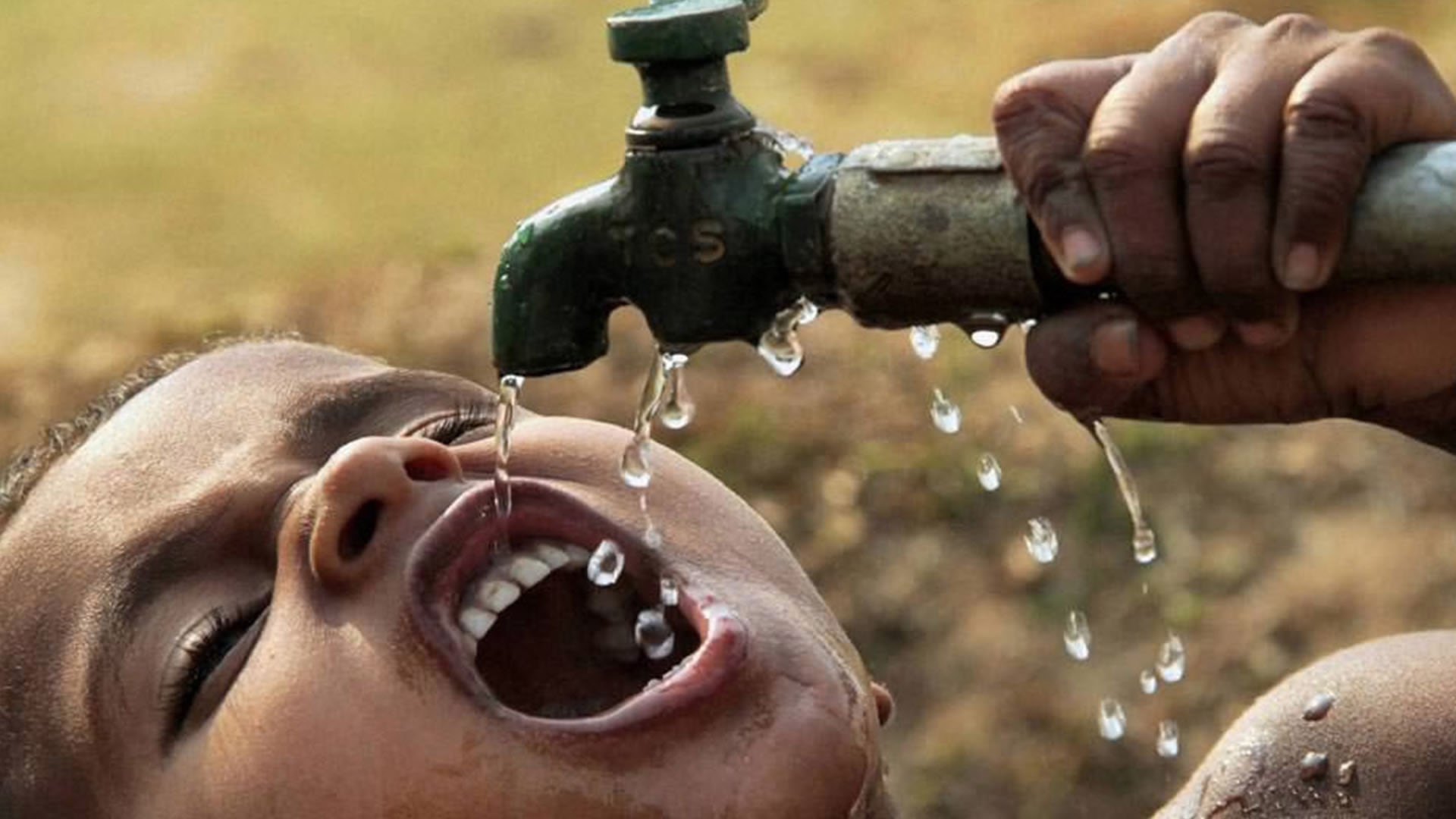 Barely 15 days old, Kinza whimpers at an Islamabad hospital where she is suffering from diarrhoea and a blood infection, a tiny victim among thousands afflicted by Pakistan's severely polluted and decreasing water supplies.
Cloaked in a colorful blanket, Kinza moves in slow motion, like a small doll. Her mother, Sartaj, does not understand how her daughter became so ill.
"Each time I give her the bottle, I boil the water," she said.
But Sartaj and her family drink daily from a stream in their Islamabad neighborhood – one of several waterways running through the capital that are choked with filth. Boiling the water can only do so much. 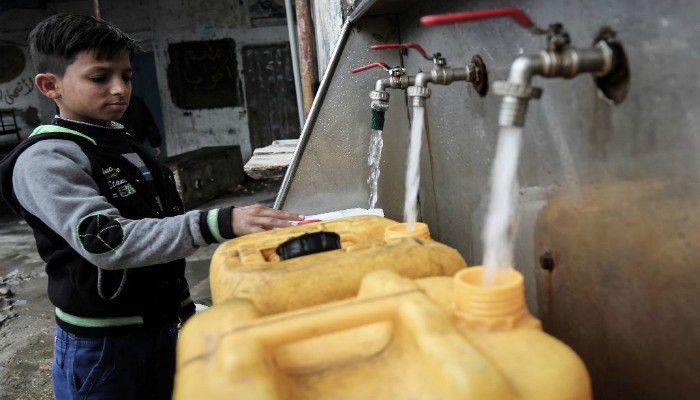 Water is the number one problem for many countries./AFP Photo

Water is the number one problem for many countries./AFP Photo

They are not alone. More than two-thirds of households drink bacteria-contaminated water and, every year, 53,000 Pakistani children die from diarrhea after drinking it, says UNICEF.
Cases of typhoid, cholera, dysentery and hepatitis are rampant. According to the UN and Pakistani authorities, between 30 and 40 percent of diseases and deaths nationwide are linked to poor water quality.
And it is costing the developing country billions. In 2012 the World Bank, which has warned that "substantial investments are needed to improve sanitation," estimated that water pollution costs Pakistan 5.7 billion US dollars or nearly four percent of its GDP.
"Water is the number one problem for the country," says professor Javed Akram, vice chancellor at the Pakistan Institute of Medical Sciences in Islamabad.
In Lahore, Pakistan's second largest city, the situation is even worse than in Islamabad.
The Ravi River which supplies the city's 11 million or so inhabitants with drinking water also serves as a spillway to hundreds of factories upstream.
River fish are eaten by locals, but "some papers show that in the fishbone, some heavy metal contamination (is) found," says Sohail Ali Naqvi, a project officer with the conservation group WWF. 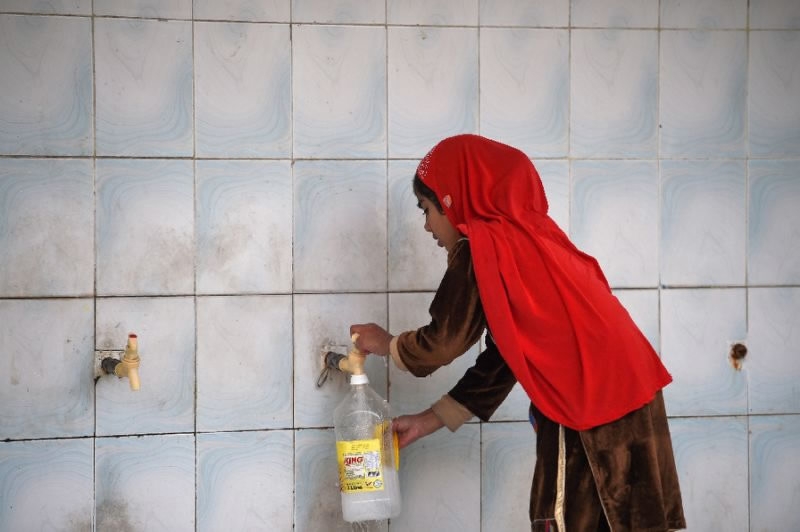 According to the UN and Pakistani authorities, between 30 and 40 percent of diseases and deaths nationwide are linked to poor water quality./AFP Photo

According to the UN and Pakistani authorities, between 30 and 40 percent of diseases and deaths nationwide are linked to poor water quality./AFP Photo

The Ravi is also used to irrigate neighboring crops, which are themselves rich in pesticides, warns Lahore environmentalist Ahmad Rafay Alam.

The lack of water infrastructure is glaring. In a country where the "environment is not part of the political agenda," there are "nearly no treatment plants," warns Imran Khalid, a researcher at the Sustainable Development Policy Institute.
"Those who can afford it buy bottles of water, but what about those who cannot?" he says.
In Karachi, a megacity whose population could be as many as 20 million people, mafias fill the vacuum left by the creaking local network, selling the precious water they bring in by tanker trucks at high prices.
In the face of widespread indignation, Sindh along with Punjab province, together home to more than half of the country's population, have already announced measures to improve water quality, though their efficacy is yet to be seen.
But Pakistan's water is not only contaminated – it is becoming scarce. 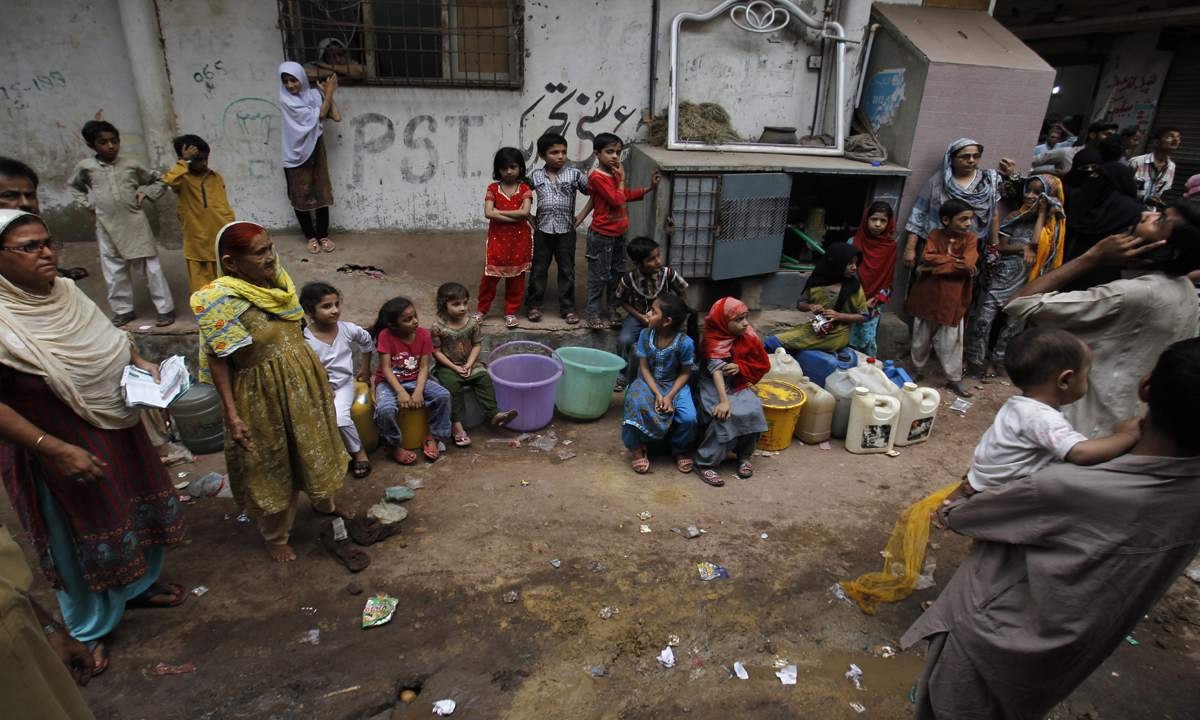 In Karachi, women and children gather near a water distribution point hoping for the water to come back after being cut in. /AP Photo

In Karachi, women and children gather near a water distribution point hoping for the water to come back after being cut in. /AP Photo

Official projections show the country, whose population has increased fivefold since 1960 to some 207 million, will run dry by 2025 when they will be facing an "absolute scarcity" of water with less than 500 cubic meters available per person in Pakistan.
That's just one third the water available in already parched Somalia now, according to the UN.

Pakistan, a country of massive Himalayan glaciers, monsoon rains, and floods, has just three major water storage basins, compared with more than a thousand in South Africa or Canada, says Bashir Ahmad of the Pakistan Agricultural Research Council.
As such any surplus is quickly lost, said Ahmad, who denounced "a lack of political vision" to counter the nationwide water crisis.
While official statistics show that 90 percent of the country's water is used for agriculture, the massive irrigation network, built decades ago by British colonists, has deteriorated.
Much of its use appears to defy common sense. "We are neglecting the northern areas, where there (is) a lot of rainfall, to focus on irrigated areas like Sindh or Punjab," says Ahmad. 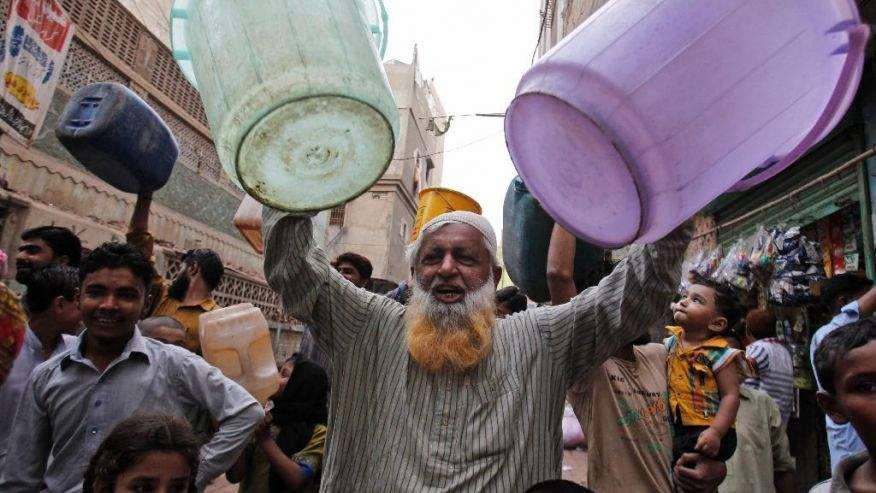 A man holds empty buckets in Karachi during a protest against water shortages./AP Photo

A man holds empty buckets in Karachi during a protest against water shortages./AP Photo

There, in arid areas where temperatures can soar up to 50 degrees Celsius, Pakistan grows water-intensive crops such as rice and sugar cane.
"The crisis is looming. In all urban areas, the water table is going down day by day," warns Muhammad Ashraf, chairman of the Pakistan Council of Research in Water Resources.
Pumps draw deeper and deeper into the water table, where the arsenic content is naturally higher, he warns. An international study in August said some 50 to 60 million Pakistanis are slowly poisoning themselves with arsenic-tainted water.
Yet waste remains the norm. In Islamabad, roads are sprinkled to drive away dust, cars are washed daily, and verdant lawns watered generously.
"We own our houses, but not our streams," Ashraf sighs. "That's why we dump our waste in the rivers."
Source(s): AFP