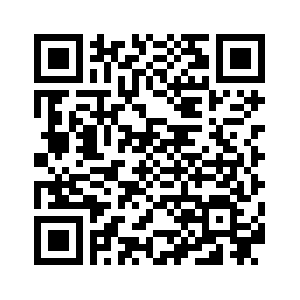 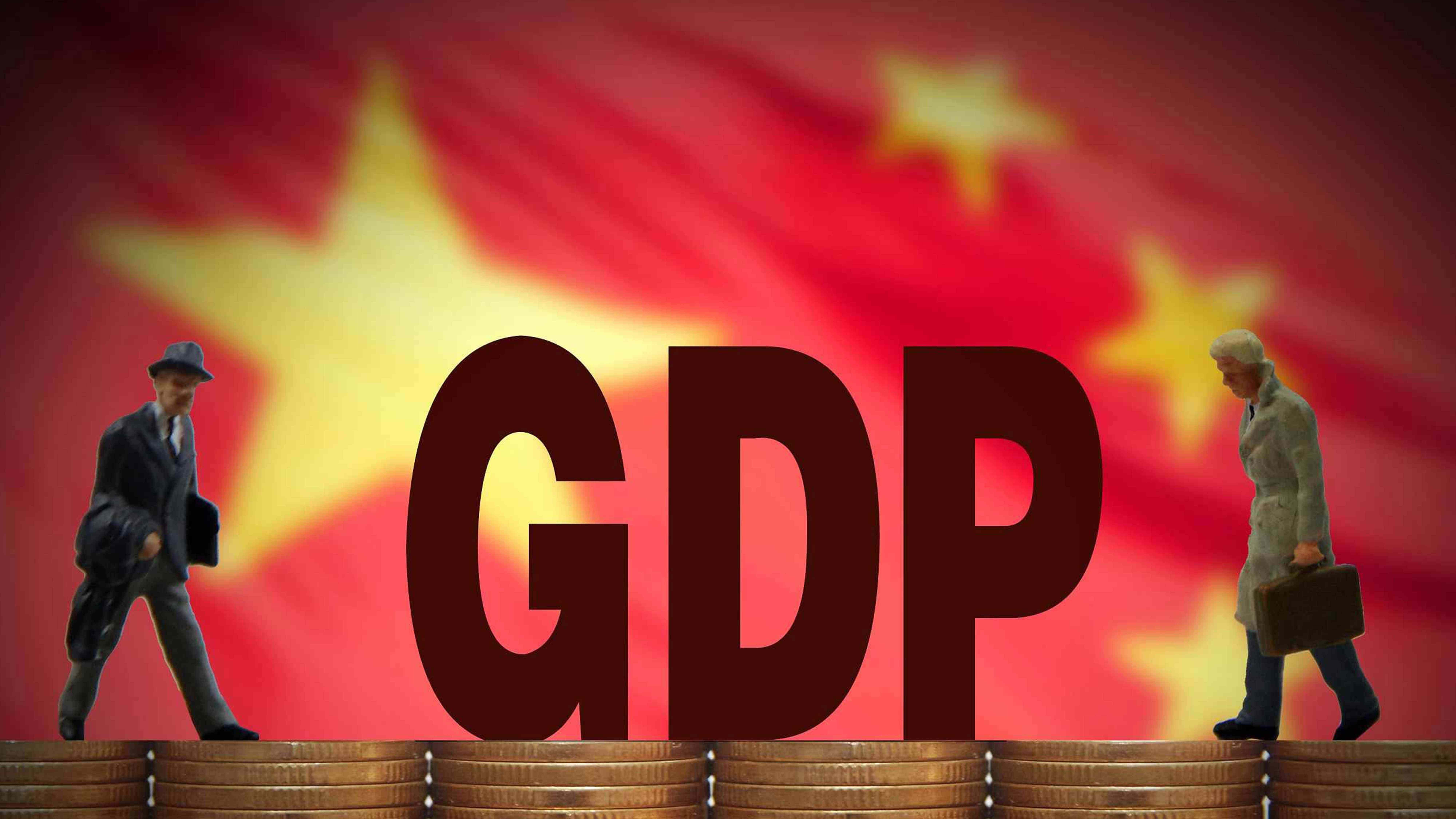 China’s GDP in 2017 grew 6.9 percent year on year, beating the government’s 6.5 percent growth target, the country’s National Statistics Bureau announced on Thursday.
"In the past year, the Chinese economy kept a stable and favorable development momentum,” Chinese Premier Li Keqiang said last week, adding that the positive performance is a result of China promoting supply-side reforms, developing new growth momentum and refraining from “flooding” the economy with strong stimulus.
The reading is up from the 6.7 percent the previous year, which saw the lowest growth in a quarter of a century. 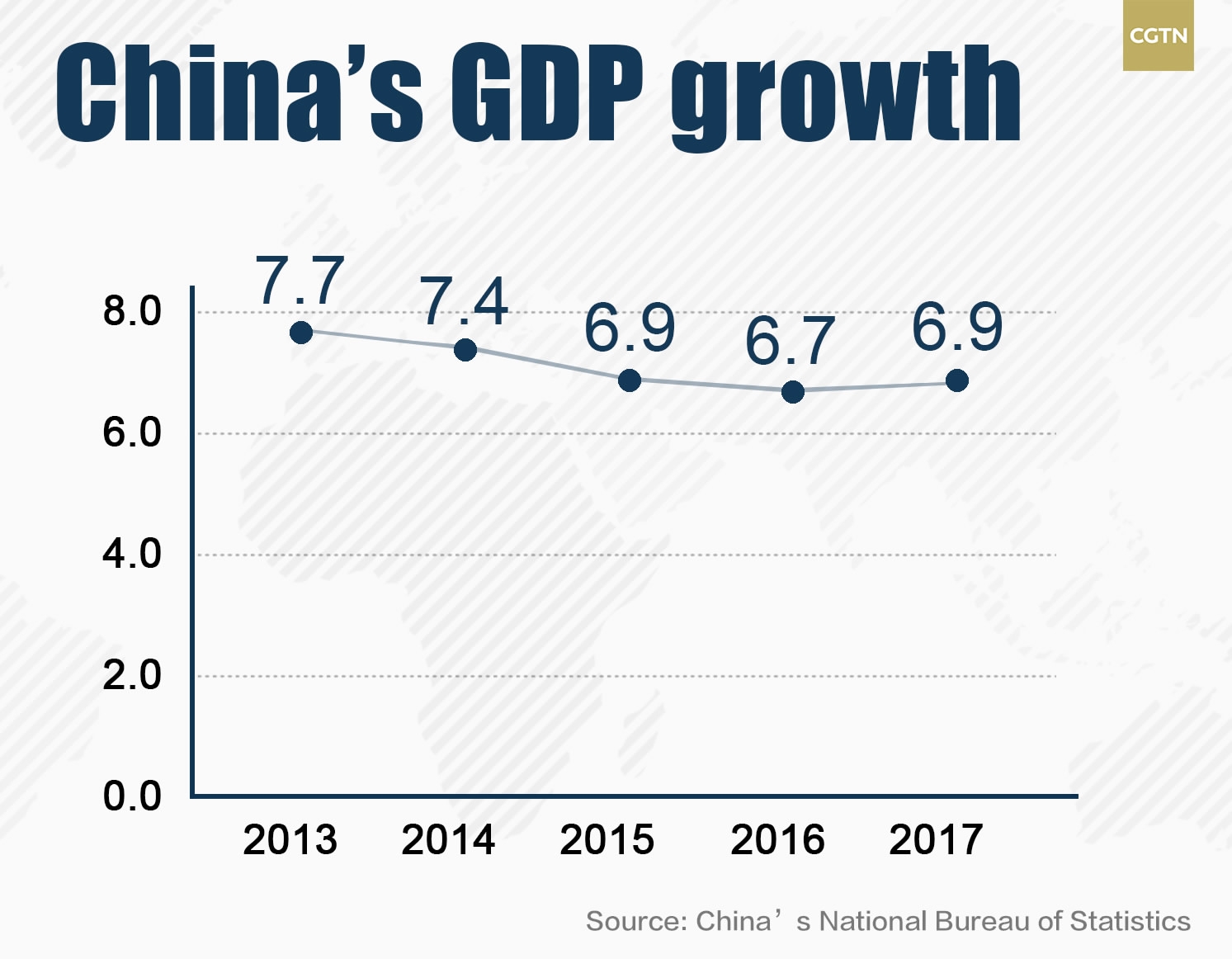 The world’s second-largest economy has vowed to attach more importance to the quality of development, including creating a healthier economy structure and a better environment, instead of merely focusing on economic growth.
2017's growth was driven by a fast expansion in the consumption and services sectors as well as rebounding trade.
China's retail sales of consumer goods grew 10.2 percent year on year to reach 36.63 trillion yuan (about 5.69 trillion US dollars), contributing as much as 58.8 percent of last year's economic expansion. Online spending jumped 32.2 percent to reach a record high of 7.18 trillion yuan in 2017.
China’s consumer price index (CPI) rose 1.6 percent year on year due to the rise in food and oil prices, and the country’s producer price index (PPI) went up 6.3 percent year on year also, ending a five-year decline.
The country's investment in real estate development grew 7 percent year on year to nearly 11 trillion yuan (about 1.7 trillion US dollars).
Growth of fixed asset investment, much of itgovernment-directed, edged down to 7.2 percent last year.
China's industrial output expanded 6.6 percent in 2017, accelerating from 6-percent growth in 2016. The strong performance is largely attributed to the sharp growth of new manufacturing sectors such as industrial robots, new-energy vehicles, solar power and integrated circuit. 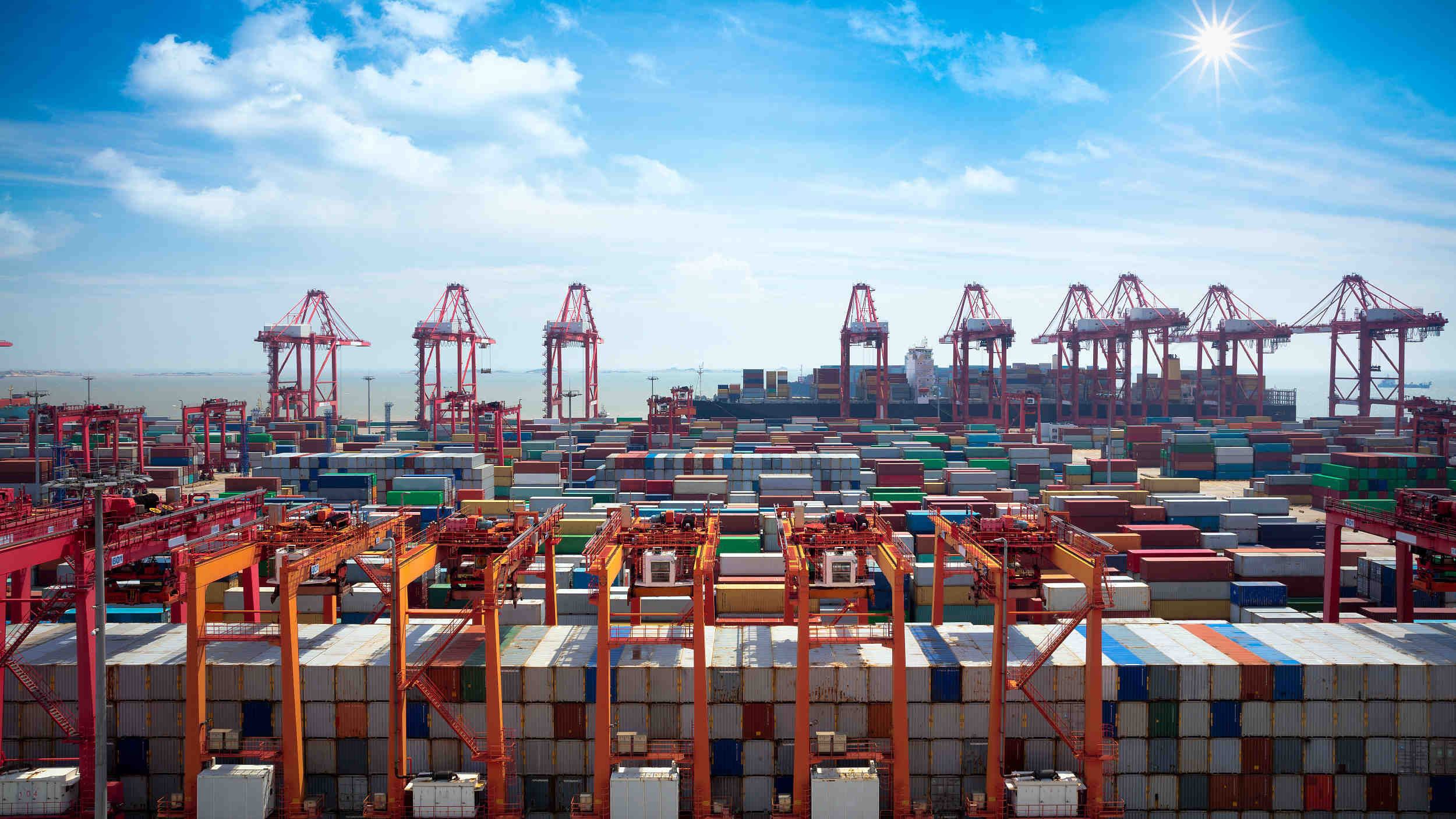 After two years of decline, China’s trade surplus expanded to 27.8 trillion yuan (4.28 trillion US dollars) in 2017, increasing 14.2 percent in a year, during which the readings were driven up by a mild global economic recovery and commodity price hikes.
“The international markets are recovering. The North American market has reached growth of almost 3 percent. The European market has been recovering quite strongly at about 2 percent,” said Gong Jiong, an economics professor at the University of International Business and Economics.
"This has been good news that we have been waiting for a long time, and because of that, China's exports have been performing particularly well in the last year – very strong exports and also imports."
Stable outlook
The World Bank forecast that China’s economic growth will be 6.4 percent in 2018 and moderate to 6.3 percent in 2019 as China continues to rebalance its economy and credit growth decelerates.
China is already making progress in rebalancing and it should continue to take measures to eliminate excess industry capacity and control risks in the financial system, Ayhan Kose, director of the World Bank’s Development Economic Prospects Group, said last week.
The Washington-based lender attributed the key downside risks to non-financial sector leverage and uncertainty around housing prices.
China has launched a campaign to reduce risks in the financial sector and the solid growth in 2017 may give the government an opportunity to accelerate the deleveraging, which is “likely to come at the cost of slower GDP growth in the near term but will improve China’s long-term economic prospects,” according to the World Bank’s forecast report.
Based on a broad growth across most advanced and emerging economies, Goldman Sachs predicted Chinese growth to gradually reduce to 6.5 percent in 2018 and 6.1 percent in 2019, citing a drag on growth from reforms aimed at curbing the negative externalities of past expansion, including measures to contain financial risk, and improve the environment.
China International Capital Corp (CICC) raised its forecast for China's 2018 real GDP growth to 7 percent year on year, being optimistic about domestic and external demand growth potential.
"Consumption growth will likely pick up on the back of rising disposable income growth, especially that of lower-income households that have higher consumption propensity," said Liang Hong, chief economist with the CICC.
Manufacturing investment growth is expected to accelerate, driven by a notable rebound of corporate investment returns, Liang said.
Meanwhile, an expected tax cut in the US will boost external demand for China, contributing to faster export growth, according to Liang.
(Xu Xinchen and Zou Yun also contributed to this reporting.)