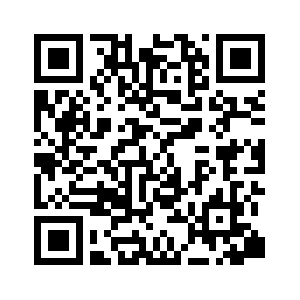 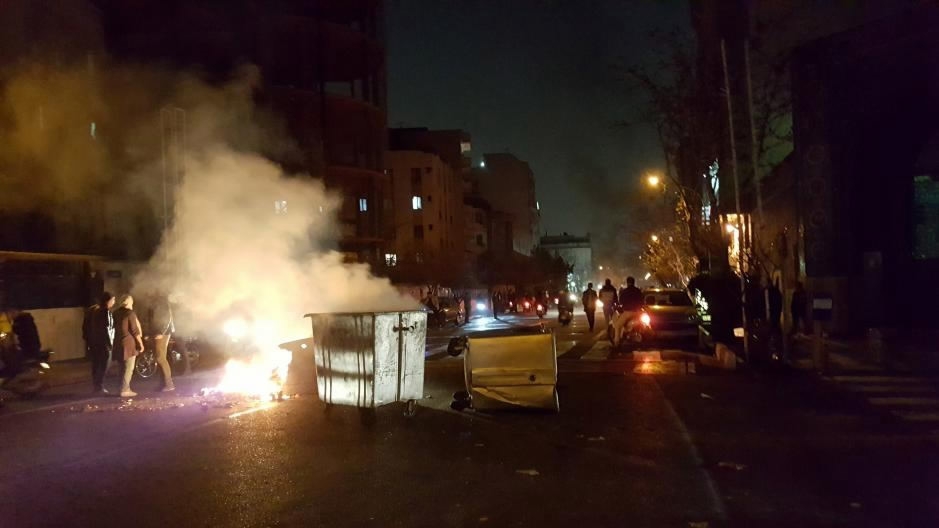 Ten people were killed during street protests in Iran Sunday night, as tensions escalated when “armed protesters” attempted to take over police stations and military bases, state television reported on Monday.
"In the events of last night, unfortunately, a total of about 10 people were killed in several cities," state television said while showing footage of damage from the demonstrations.
The death toll stands at 12 people since protests first broke out on Thursday.
The nationwide protests have drawn in tens of thousands of people and represent the boldest challenge to Iran's leadership since pro-reform unrest in 2009. 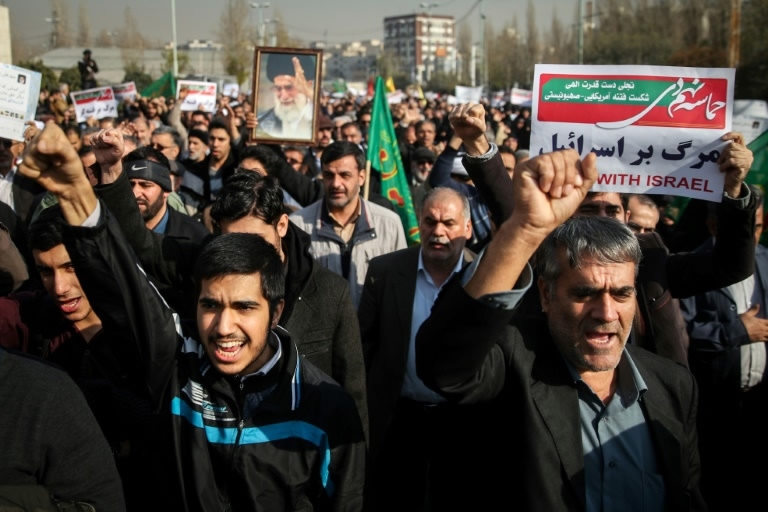 Iranians chant slogans in support of the regime as they march towards the Imam Khomeini grand mosque in Tehran, December 30, 2017. / AFP Photo

Iranians chant slogans in support of the regime as they march towards the Imam Khomeini grand mosque in Tehran, December 30, 2017. / AFP Photo

Protests continued overnight even though President Hassan Rouhani appealed for calm. In remarks carried on state TV, he said Iranians had the right to criticize authorities but also warned of a crackdown.
"The government will show no tolerance for those who damage public properties, violate public order and create unrest in the society," Rouhani said.
Hundreds of people have been arrested but security forces have largely shown restraint.
On Sunday, Hbibollah Khojastehpour, deputy governor of Iran's Lorestan province, blamed foreign intelligence agencies for flaring up peaceful protests.
In a tweet on Friday, remarking on the protests, Trump said the Iranian government should "respect their people's rights, including right to express themselves." 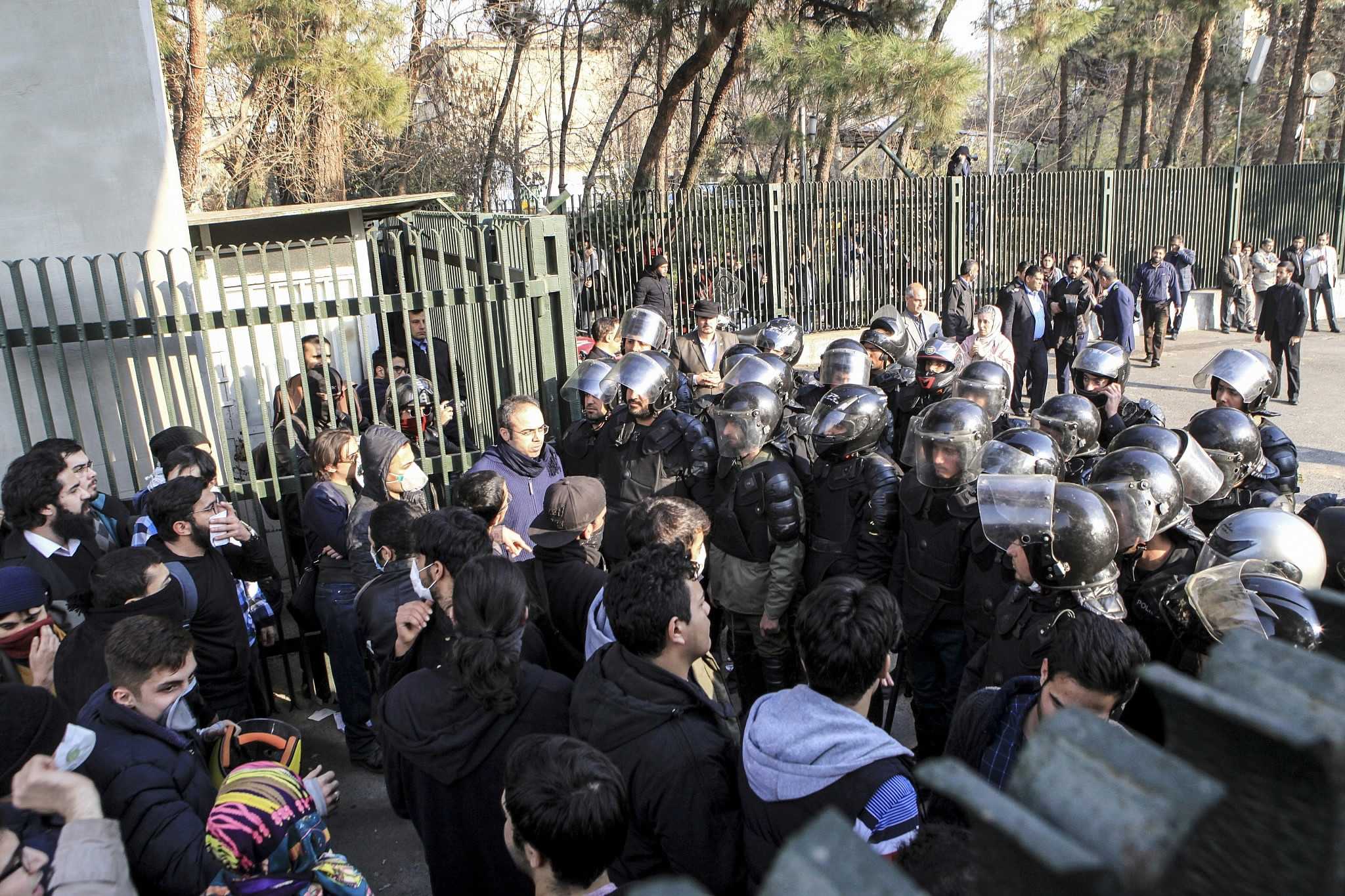 "This guy (Trump) who is trying today to sympathize with our people has forgotten that a few months ago he called the Iranian nation terrorist," Rouhani said in the cabinet meeting on Sunday.
Iran's Foreign Ministry on Saturday also condemned US "interference" in the country's internal affairs.
Unsigned statements posted on social media urged Iranians to demonstrate again in the capital Tehran and 50 other urban centers.
Iran is a major OPEC oil producer and regional power but frustrations have grown at home while the country is deeply involved in Syria and Iraq as part of a battle for influence with rival Saudi Arabia.
Those foreign interventions are also fueling anger in the Islamic Republic because Iranians want their leaders to create jobs instead of engaging in costly proxy wars.
The unrest erupted in the second city of Mashhad against price rises but it swiftly spread and turned into political rallies.
Some called on Supreme Leader Ayatollah Ali Khamenei to step down and chanted against a government they described as thieves.
Demonstrators say they are angry over corruption and economic hardship in a country where youth unemployment reached 28.8 percent last year.
5602km