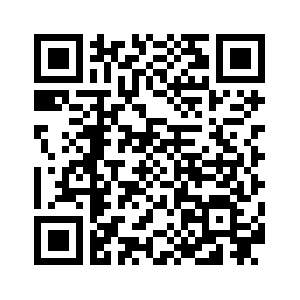 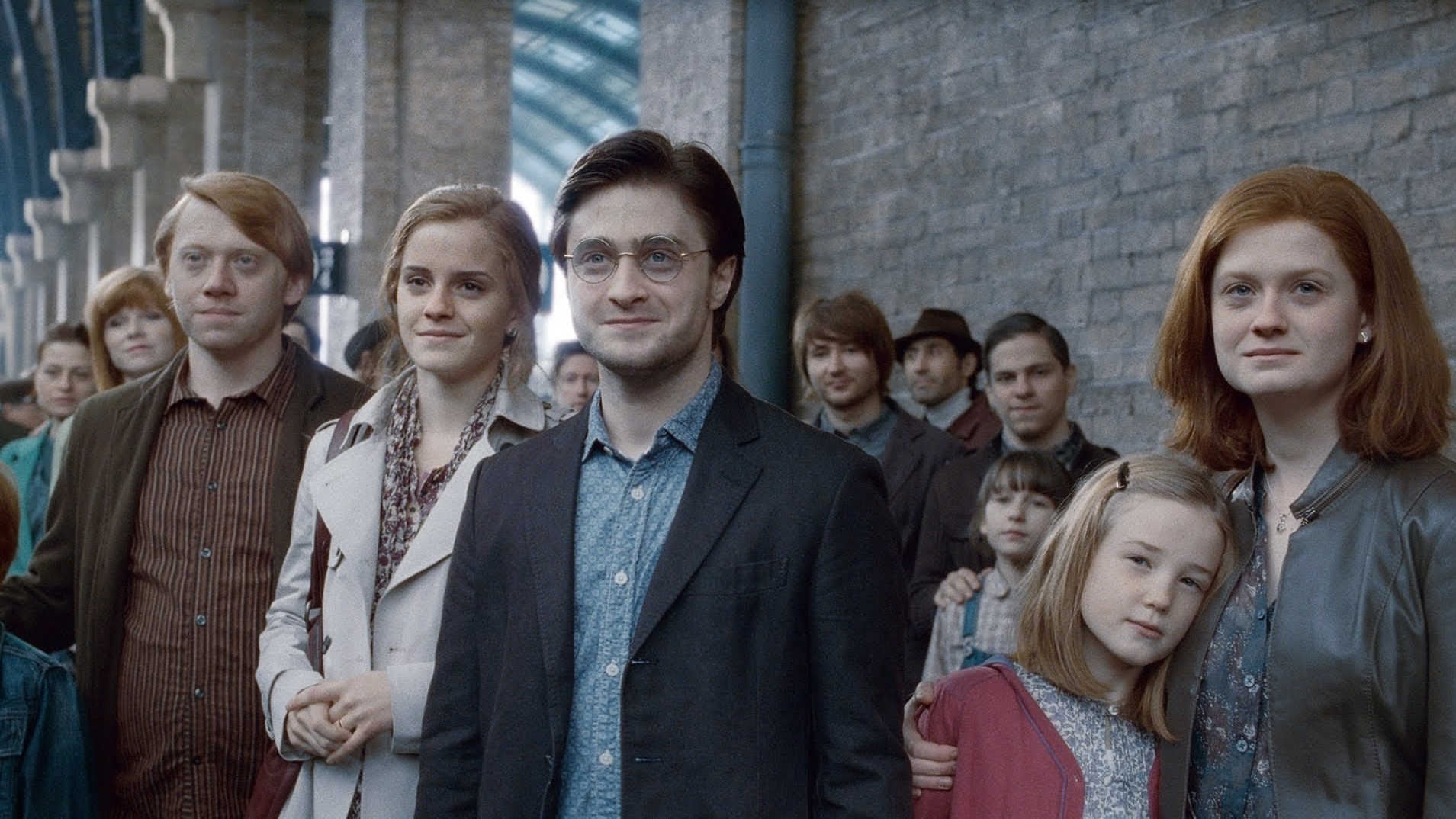 September 1 is usually a day marking the beginning of the academic semester around the world. But for Harry Potter fans, this year the date means a lot more.
It is a day that combines the end and beginning and links the past with the present. It is when fantasy meets reality.
On this day, the epilogue to "Harry Potter and the Deathly Hallows" took place. In the novel, September 1, 2017 marked 19 years after the battle of Hogwarts, in which Voldemort was defeated in 1998, and the day for the Hogwarts express to embark on a new journey. 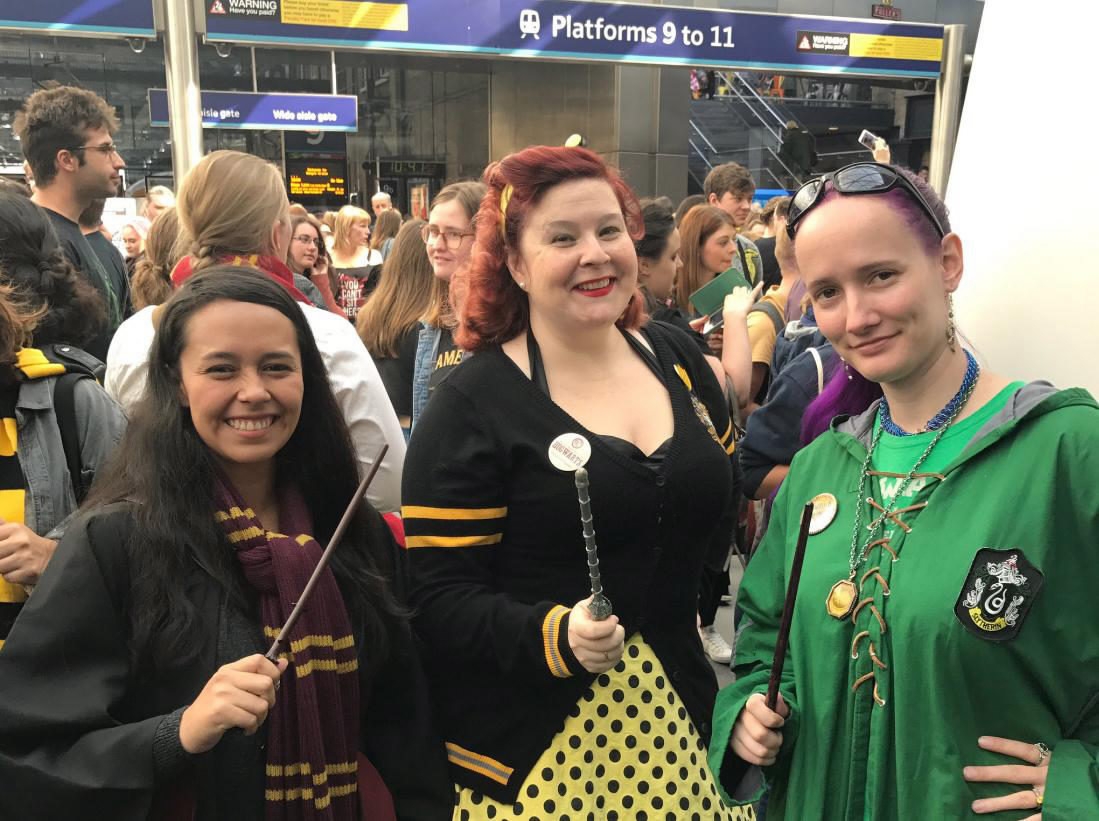 Harry, Ginny, Ron and Hermione gathered at Platform 9¾ at King's Cross Station to see off their children, including Harry's youngest son Albus Severus Potter, to school.
True fans of Harry Potter did not let such a significant date in their magical world pass unnoticed or uncelebrated. Various kinds of celebrations were launched across the world to mark the end and the new beginning.

The author of the series, J. K. Rowling led the celebrations on Friday by sending out a tweet saying "Today's the day Albus Severus Potter boards the Hogwarts Express at King's Cross for the first time," using the hashtag #19yearslater.
The tweet soon triggered worldwide commemorative events, and was retweeted 192,000 times.

The official Harry Potter website Pottermore.com launched "The Hogwarts Experience", a digital page that allows fans to fly through the exterior of the castle, the Forbidden Forest including Hagrid's hut and the Quidditch pitch.
"This new feature on our website marks the first time fans will have the opportunity to explore the famous wizarding school any time, any place and at their own pace," Henriette Stuart-Reckling, global digital director for Pottermore, said in a statement.

"The Hogwarts Experience" launched by Pottermore.com

"The Hogwarts Experience" launched by Pottermore.com

There are altogether 100 "hotspots" on the silhouette of the castle, and by clicking each one of them, visitors could read a brief introduction of the school or the famous stories that once took place there.

Worldwide celebrations for the big day 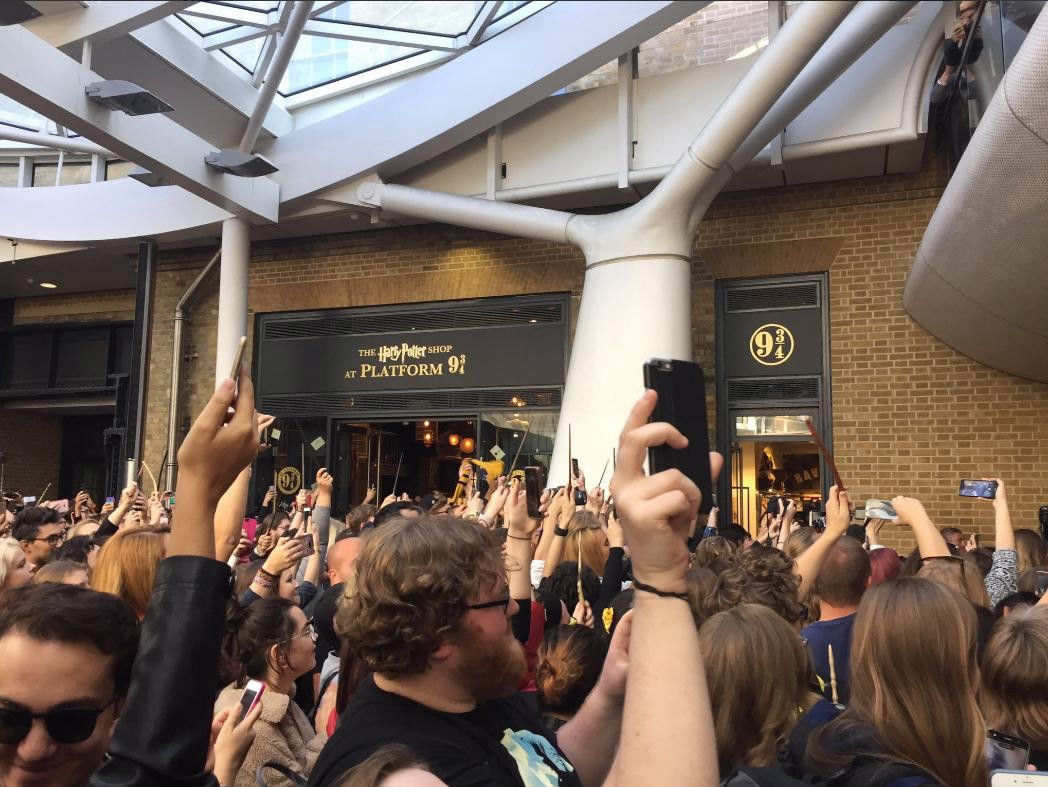 Fans of Harry Potter gather at King's Cross Station to celebrate the day. /Photo via Twitter

Fans of Harry Potter gather at King's Cross Station to celebrate the day. /Photo via Twitter

The event gave rise to worldwide revelry, on the Internet and in real life. The King's Cross Station was crowded with fans from around the world at 11:00 a.m. GMT, when the Hogwarts Express was set to leave Platform 9¾. Many of them were holding a wand or dressed up as characters from the franchise.
Some fans crossed long distances just to witness the special date. Warwick Davis, who plays Professor Filius Flitwick and Griphook the Gringotts goblin in the Harry Potter films, also turned up at the station to join the celebration. 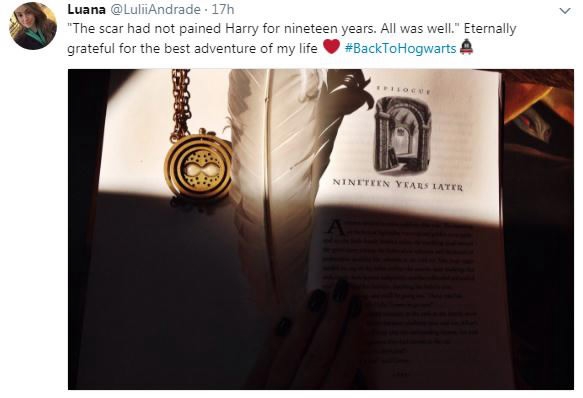 A Twitter user posting a picture memorizing the day.

A Twitter user posting a picture memorizing the day.

Those who could not be there took to the Internet to express their deep love for the novel and its characters. Many fans tweeted pictures of the epilogue, or of their own celebrations. Some posted self-made videos of film clips to mark the day.
Chinese fans were active on China's Twitter-like Weibo to mark the event, posting photos of their collections of books and related products, together with their heartfelt messages. 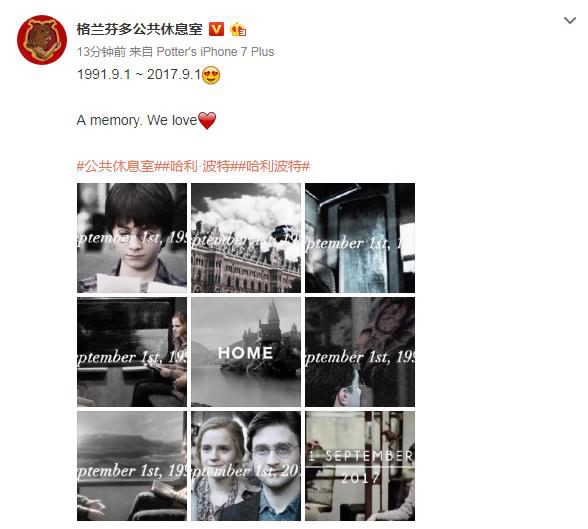 "The story has carried the collected memory of a generation, and meanwhile engraved the youthful time of a generation," read a message posted on @Gryffindor'sCommonRoom. 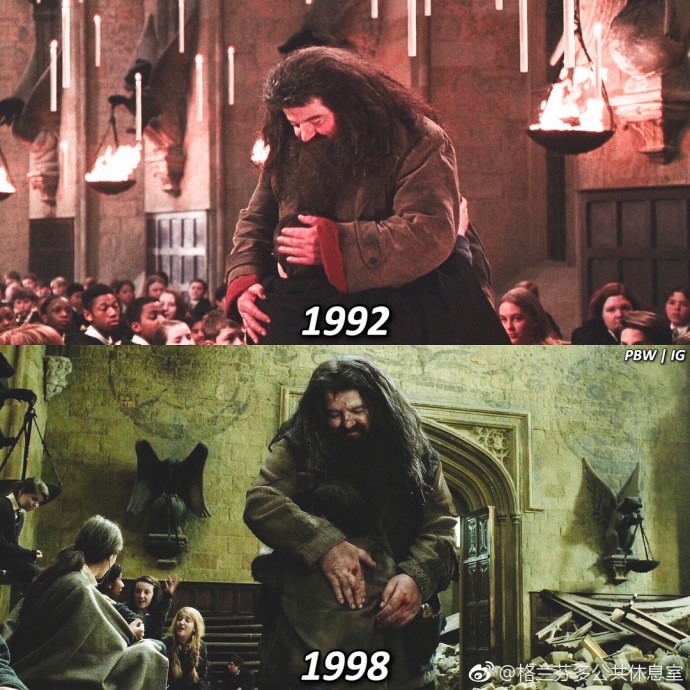 Between 1992 and 1998 not much has changed. @Gryffindor'sCommonRoom to mark the day. /Photo via Weibo

Between 1992 and 1998 not much has changed. @Gryffindor'sCommonRoom to mark the day. /Photo via Weibo

"It was the real end. I am really sad, and yet a little bit thrilled about the new beginning," commented @Yushenghanyu.
Many simply posted one of their favorite parts of the books, including the one that ends the story.
"The scar had not pained Harry for nineteen years. All was well."
8151km