Apple: Setting a standard or seeking monopoly?
By Gong Zhe 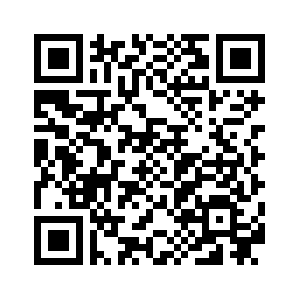 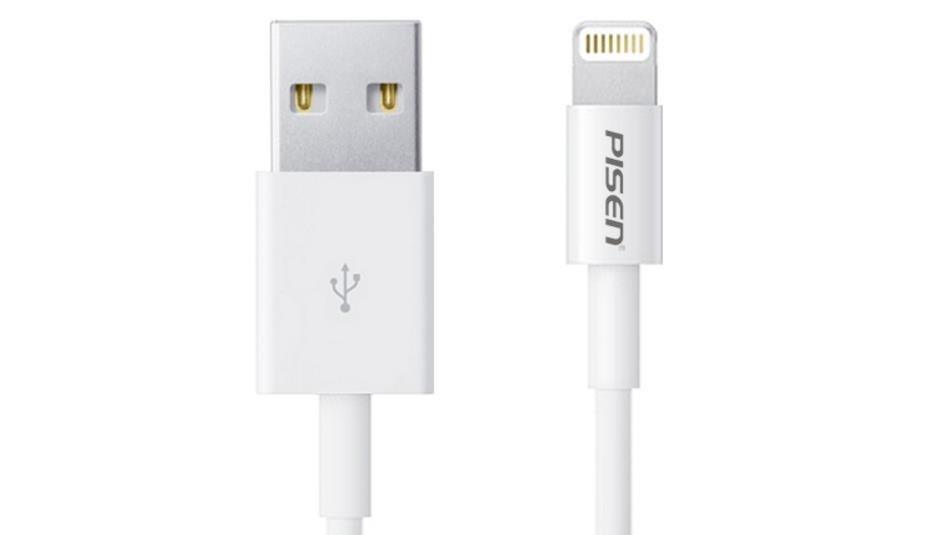 Apple, the phone-making giant, is being sued by one of the largest data cable makers in China.
The company, Pisen, accused Apple of seeking a monopoly in China's data cable market.
The local company's president Zhao Guocheng said in his WeChat feed that "Apple is one of the greatest companies ever. But greatness does not mean harming the consumers!" 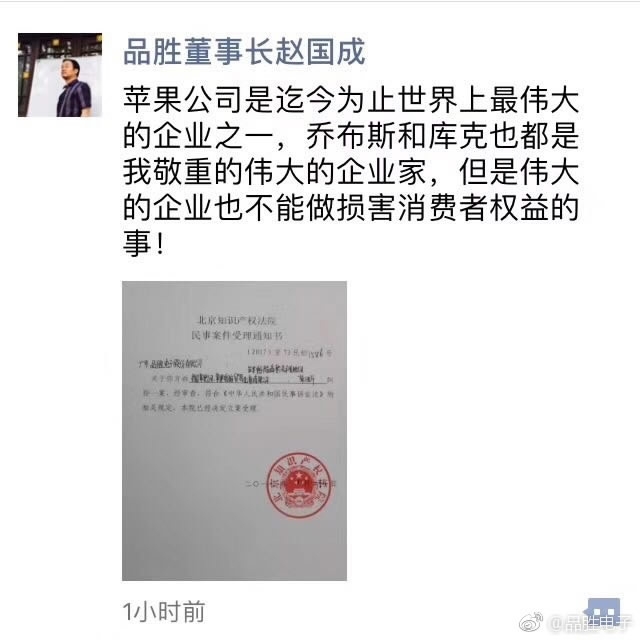 He cited the main reason for the company's filing is Apple's MFi program.
The Beijing Intellectual Property Court has already taken the lawsuit, a timetable for the case is not available. 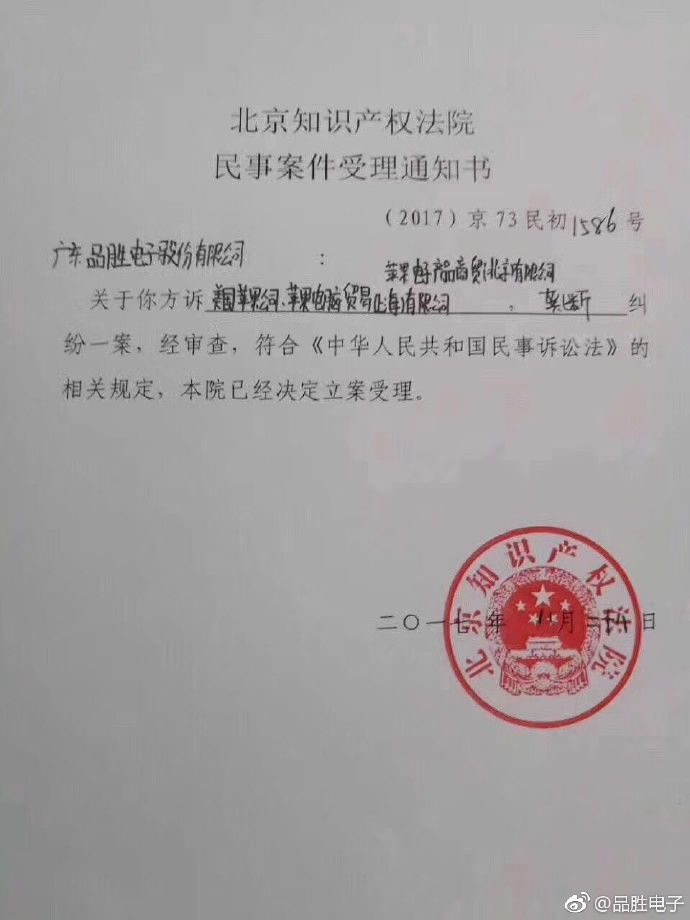 The court's notice of acceptance on the case, issued on August 28, 2017. /Pisen Photo‍

The court's notice of acceptance on the case, issued on August 28, 2017. /Pisen Photo‍

Apple asks all third-party cable manufacturers to apply for its MFi, or "Made for iOS", program, which certifies "electronic accessories that connect to iPod, iPhone, and iPad," as Apple stated on its official website.
If you break your iPhone using an uncertified cable, it will not be covered by the company's after-sale policies.
"Pisen has been in the accessory business for more than a decade. We know clearly that forcing MFi on manufacturers cannot make the products safer," the company said today in an official Weibo post.
"But MFi has damaged the fairness in market competition," the post read.

Apple devices have a way of preventing you from buying uncertified cables, and it's very unique.
An MFi-certified cable has a chip inside its plug, which basically says "I'm certified" so that iOS devices will let it work.

An Apple Lightning charger. The chip sits inside the smaller plug. /Web Photo

An Apple Lightning charger. The chip sits inside the smaller plug. /Web Photo

Non-MFi certificated cables are not supposed to even work properly. If you plug them in an iPhone, the devices will tell you the cables are not safe.
This mechanism gives Apple the right to decide who can make cables for iPhones.
"We tried to apply for the MFi cable many times, but Apple turned us down not mentioning any reason," Pisen said in its filing. Pisen is the second largest data cable maker in China, as data from market researcher ZDC showed.
The MFi chip has been questioned by some in the tech media as well.
Tech blog Gizmodo took apart the cable back in 2012 (when the MFi was first introduced) only to find that they couldn't figure out "what the chip is actually doing." Gizmodo concluded that the chip is used "to stop you from buying cheap cables."
Website "Cult of Mac" pointed out that the security of the chip "isn't even as sophisticated as those found inside printer cartridges."
Apple itself also produces data cables, which are among the most expensive in the market.
A one-meter-long official cable is priced at 129 yuan (about 20 US dollars) in Apple's online store at jd.com, while Pisen's 1.2-meter cable is sold for just 19.9 yuan (3 US dollars).

The cable is even more expensive on Apple's own web store in China. /Apple Screenshot

The cable is even more expensive on Apple's own web store in China. /Apple Screenshot

MFi-certified cables are usually sold at about 35 yuan (nearly 5.3 US dollars) on the platform.

Apple is the only major phone maker that uses its own "Lightning" plug.
Nearly all smartphones being sold today, except iPhones, have a unified charger plug type: the Universal Serial Bus (USB). 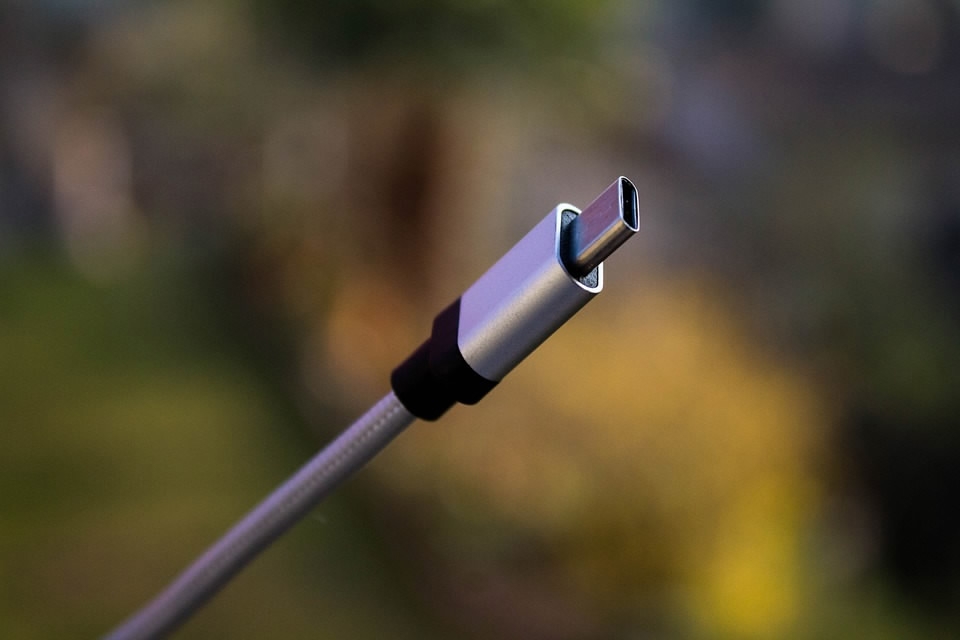 Unlike Lightning, which is controlled completely by Apple, the USB connector is an industry standard supervised by the USB Implementers Forum, which has more than 900 members including Apple.
There was a time when all phone brands use their own connectors. We ended that age for a reason.
"Incompatibility of chargers for mobile phones is a major environmental problem and an inconvenience for users across the EU," the European Union stated when it recommended all smartphone makers to adapt USB as charging standard in 2009.
In the past, if you switch from one brand to another, you have to ditch the old charger because you can't plug it into the new phone. The ditched chargers are usually treated as electronic waste.

Apple has introduced more than one special charger and has never adapted widely-recommended standards like the USB.