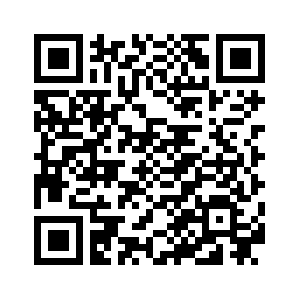 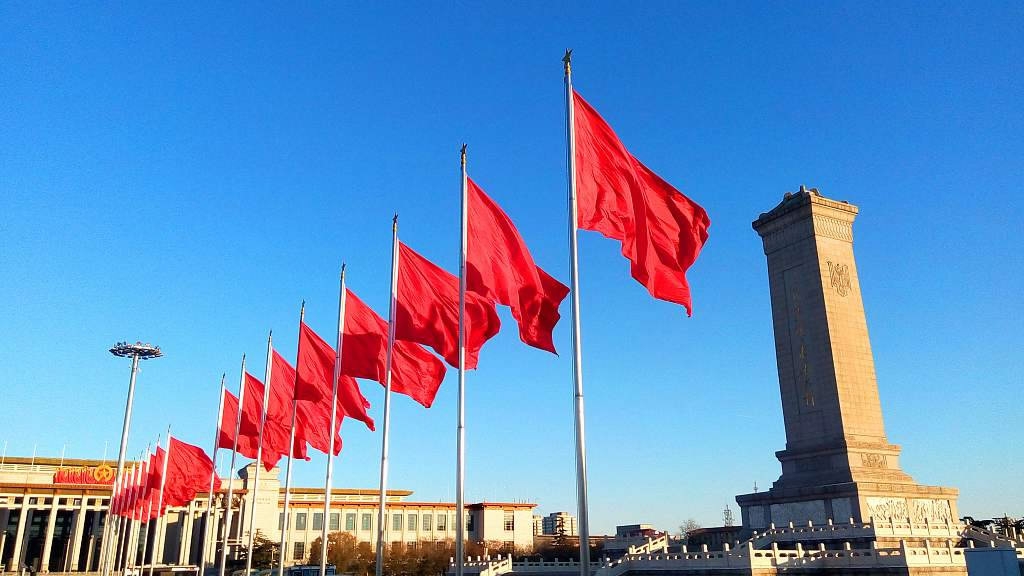 Beijing authorities announced the success of its plan to reduce air pollution last Thursday, in a press statement that said “mission impossible” has been accomplished.
The Beijing Environmental Protection Bureau announced that the capital has achieved its goal of improving the air quality – measured by the amount of harmful tiny particles in the air that humans could potentially absorb known as PM 2.5 – from a daunting annual average of 90 ppm (parts per million) in 2013 to 58 ppm by the end of 2017.
For the average Beijing resident, this seems apparent in the greater number of days with blue skies, reflected by many taking photos and sharing what was once an infrequent occurrence on the popular social media app WeChat.
More impressively, this is a systematic success. The Chinese government has taken solid steps from analyzing and understanding the problem to taking aggressive actions according to a series of carefully laid-out policies.  More importantly, a strong foundation of continuous improvement has been built during the past five years that will lead to more success. 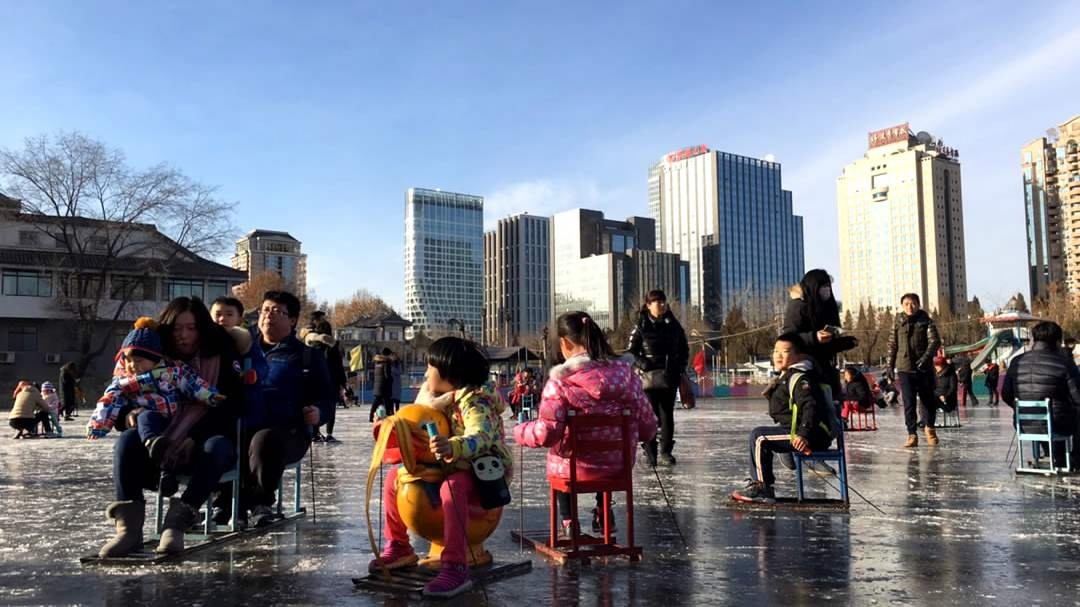 First, the ongoing mix of strict pollution control policies worked. This includes the Air Pollution Prevention and Control Action Plan as well as other coordinated development plans for the Beijing-Tianjin-Hebei Region, which is known for its high pollution levels.
Second, the upgrading of industrial and energy infrastructure has contributed to this positive trend. Small coal-fired boilers used to supply heating to the frigid north have almost been eradicated with the switch to gas or electricity. Coal use has been banned or significantly reduced within the city and its suburbs.  What’s more, Beijing has shut down six cement plants and closed or upgraded nearly 2,000 companies in printing, casting, furniture manufacturing and other sectors.
Third, more efficient and alternative energy vehicles as well as the fast development of public transportation are also primary reasons. As of 2017, the proportion of green trips has increased to about 72 percent in Beijing. More than 2 million high-emitting “yellow-label” old motor vehicles were eliminated in the past five years. Meanwhile, the number of alternative energy vehicles reached approximately160,000. 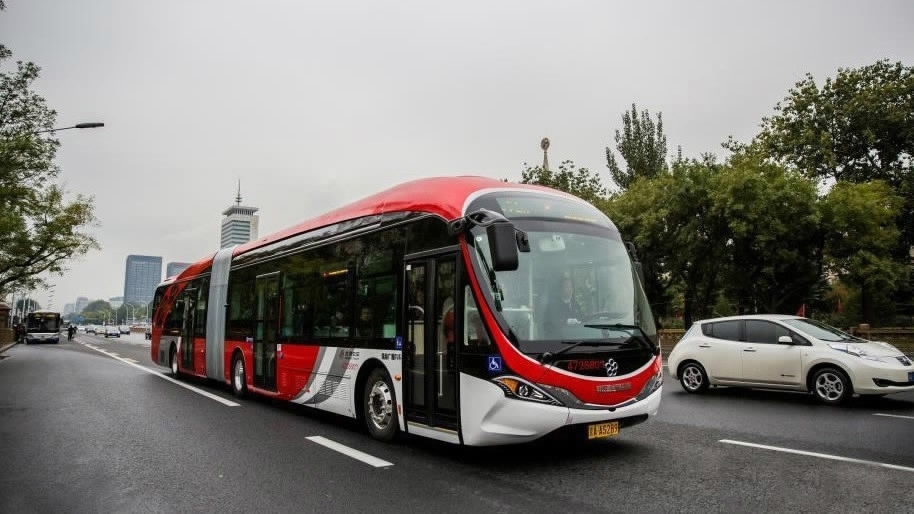 The 18-meter-long electric bus Route 1 runs on the Chang’an Avenue in Beijing. China has been promoting the use of green energy. /China.org.cn Photo

The 18-meter-long electric bus Route 1 runs on the Chang’an Avenue in Beijing. China has been promoting the use of green energy. /China.org.cn Photo

Fourth, weather has also played an important role. Based on the analysis of atmospheric diffusion conditions, the overall conditions in 2017 have been favorable. Specifically, the air is drier, the frequency of north winds is higher, and the frequency of temperature inversion is lower compared with 2016.
Fifth, regional pollution control efforts paid off.  Since April 7,  a total of 28 inspection teams carried out intensive enforcement in Beijing, Tianjin and the surrounding 26 cities.  Additionally, advanced science and technologies like grid monitoring and micro-monitoring stations allowed enforcement officers to be equipped with more advanced early warning capabilities and to have access to more accurate traceability analysis. 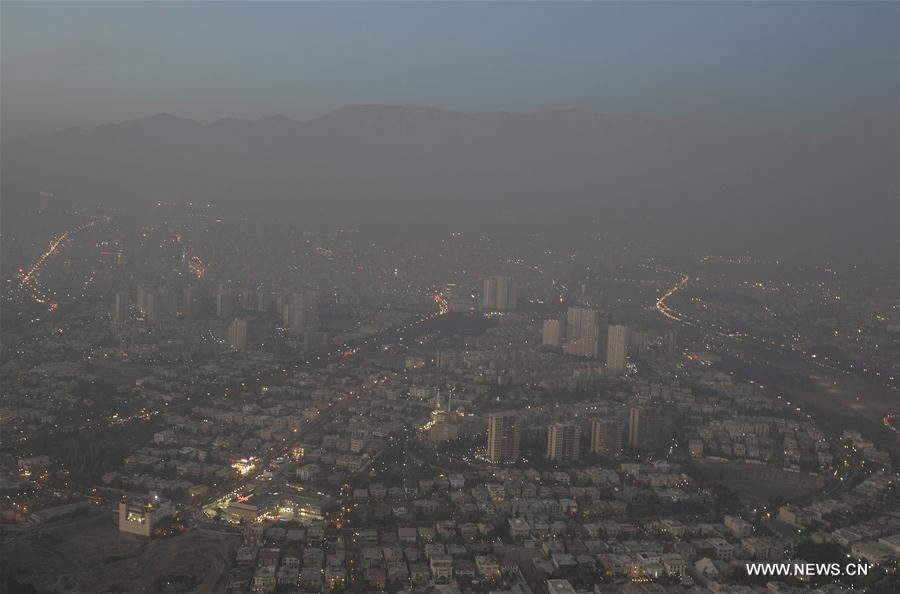 China has set a target to reduce the level of pollution in the cities around the Beijing-Tianjin-Hebei region. /Xinhua Photo

China has set a target to reduce the level of pollution in the cities around the Beijing-Tianjin-Hebei region. /Xinhua Photo

Looking to 2018 and beyond, we have more confidence that Beijing will move even faster to approach the national PM 2.5 standard: 35 ppm, not only because of the systematic foundation built during the past five years but also because of different stakeholders’ collective action moving forward.
Scientists and engineers will continue to do their job: they will explore the mechanism of haze formation and try to reduce the haze from its source; more waste gas treatment or recycling systems will be installed; new technologies will be developed to improve the efficiency of the energy system.
Economic and financial instruments will be employed: China has launched its nationwide Emission Trading Market on December 19, 2017.  Two weeks later, on the first day of 2018, the country began to levy the environmental tax in order to enforce the transformation and upgrading of high-pollution and high-energy-consumption enterprises.
The public will have better access to air quality monitoring data and enterprises’ emission data, which they will use not only to inform themselves, but also to put pressure on those polluting enterprises and sources. When people “walk the walk” and choose a more environmentally friendly way of living way, the environment will suffer less stress.
More and foremost, the 2035 “Beautiful China” aspiration put forward by the 19th National Congress report of the Communist Party of China, provides us with the greatest confidence that we will all live under the same blue sky and enjoy a good environment.
And Beijing's achieving the PM 2.5 target is just the first step.
(The author is Chief Representative of Environmental Defense Fund China Program. The article reflects the author's opinion, and not necessarily the view of CGTN. )