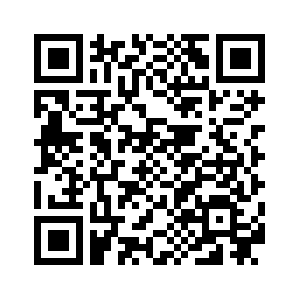 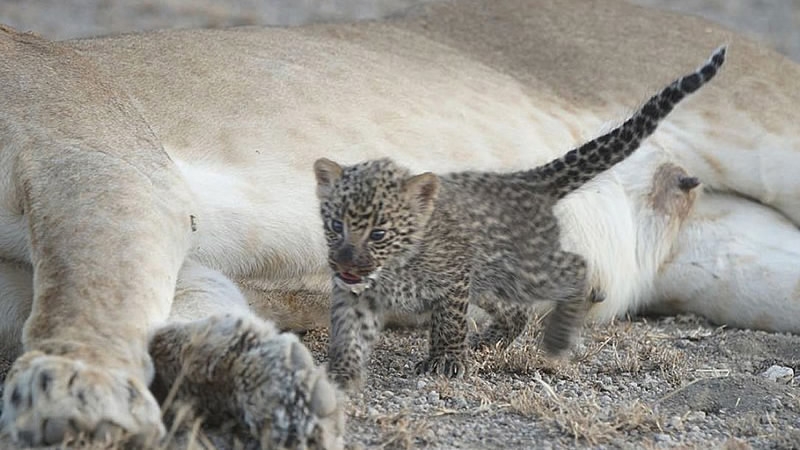 Newly released photographs from a Tanzanian wildlife area show a rare sight: a leopard cub suckling on a lion.
The 5-year-old lion lies unperturbed as the small leopard, estimated to be a few weeks old, nurses in the photographs taken Tuesday by a guest at a lodge in the Ngorongoro Conservation Area, a United Nations World Heritage site.
“To observe a thing like this is very unusual,” said Ingela Jansson, head of the KopeLion conservation group, which seeks to resolve conflict between lions and local residents who hunt the predators in order to protect their livestock.
The lactating lion, fitted with a GPS collar so that researchers can track her, may have lost her own cubs and therefore was open to feeding the leopard cub, Jansson said. The leopard, meanwhile, appeared to have lost contact with its mother, she said. 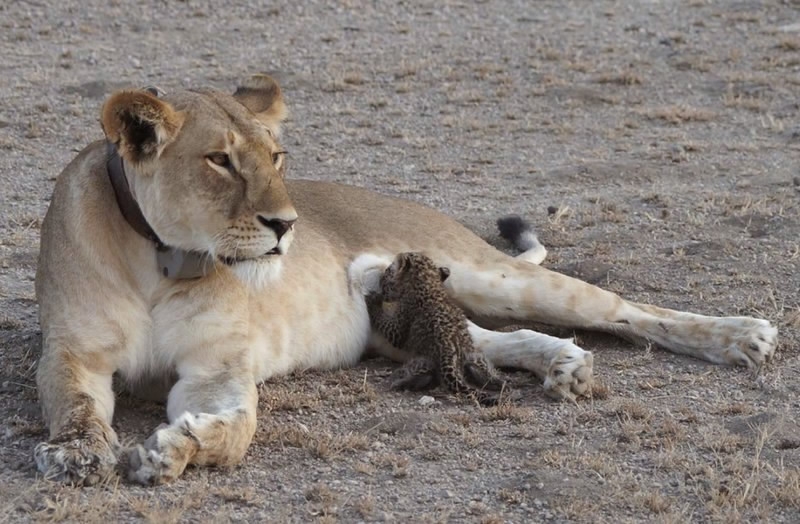 In this Tuesday, July 11, 2017 photo supplied by Joop van der Linde, a leopard cub suckles on a 5-year-old lioness in the Ngorongoro Conservation Area in Tanzania. /AP Photo

In this Tuesday, July 11, 2017 photo supplied by Joop van der Linde, a leopard cub suckles on a 5-year-old lioness in the Ngorongoro Conservation Area in Tanzania. /AP Photo

“Cross-species nursing for wild cats, and other wildlife for that matter, is extremely unique,” according to a statement from Panthera, a wild cat conservation group based in New York.
There have been cases of adoptions and suckling among wild cats and other animals of the same species, as well as cases of birds feeding chicks of another species whose eggs were inadvertently laid in their nests, according to conservationists.
“It’s really mysterious,” Luke Hunter, president and chief conservation officer of Panthera, said of the new images.
He said it was unclear whether the leopard’s mother was still around and could retrieve the cub from “lioness day care,” which would be the best possible outcome. 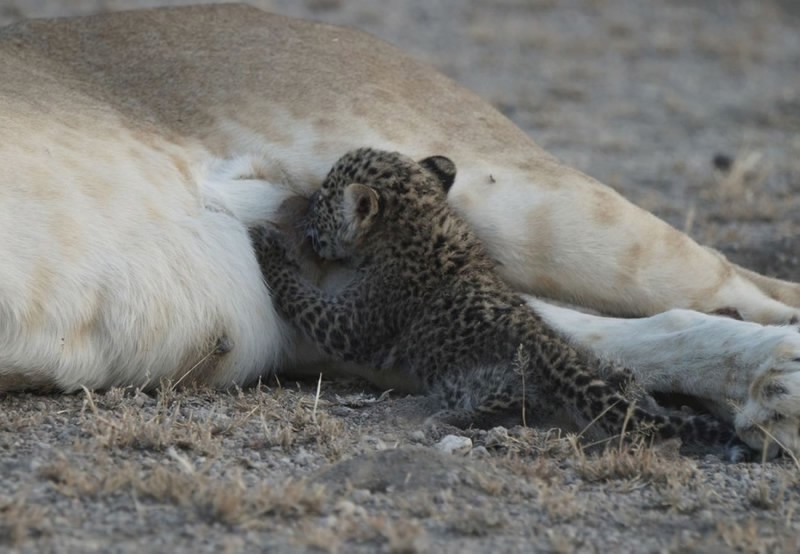 A case of “confusion at the supermarket” in which the lion “picked up the wrong kid.” /AP Photo

A case of “confusion at the supermarket” in which the lion “picked up the wrong kid.” /AP Photo

However, Hunter cautioned that “the natural odds are stacked against this little fellow,” which may have since been killed by other lions that recognized it was not one of their own.
Even in normal circumstances, only 40 percent of lion cubs in the area, which is part of the Serengeti ecosystem, survive their first year, Hunter said.
Known as Nosikitok, the lion that fed the leopard was seen with other lions but without cubs of any kind on the day after the photographs were taken by Joop van der Linde, a guest at Ndutu Safari Lodge.
Jansson of KopeLion jokingly described the extraordinary lion-leopard cub nursing as a case of “confusion at the supermarket” in which the lion “picked up the wrong kid.”
(Source: AP)
11720km