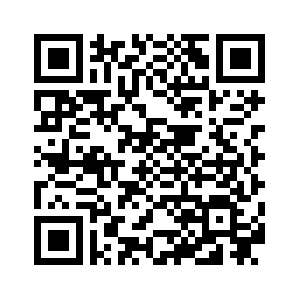 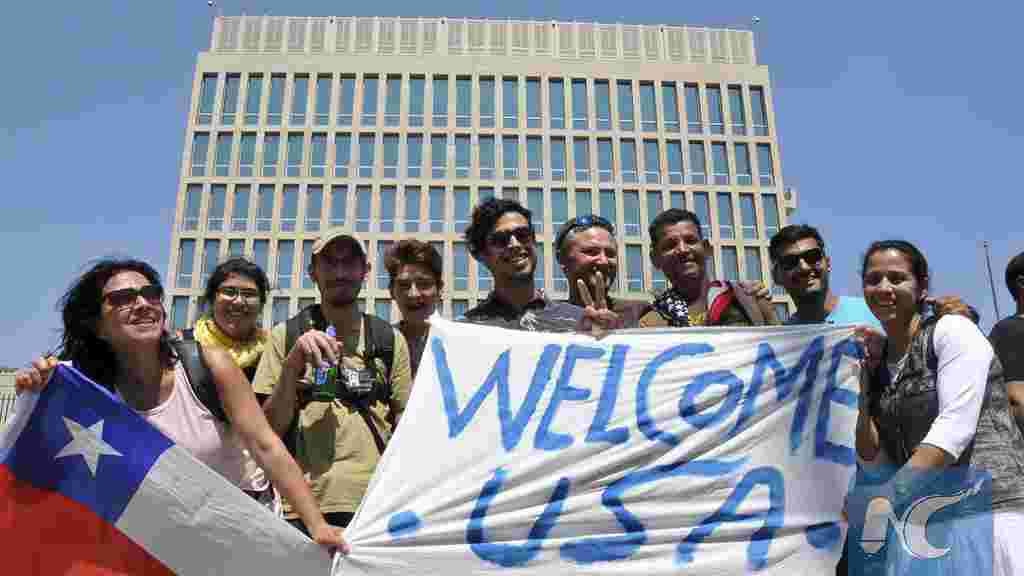 Cuba experienced a record year for tourism in 2017 despite a deterioration in relations with the United States since the  election of Donald Trump as the president, who tightened rules governing travel to the island nation towards the end of the year.
And officials are predicting that the 4.7 million tourists that the Caribbean nation welcomed last year will be surpassed in 2018.
Last November, Trump introduced regulations to make it harder for Americans to visit Cuba and do business in the country, in keeping with his pledge to reverse the liberalization that had led to improved relations under his predecessor Barack Obama.
A few months earlier the president had confirmed his intention to tighten travel and other restrictions, meaning that a cloud of uncertainty hung over last half of the year.
Still, new Cuban government figures show that the number of American travelers grew to 619,523 – a whopping 217 percent increase over 2016.
And that number does not include 453,905 Cubans residing in the US, a statistic which itself represents a 137 percent rise, and took the overall number of US-based visitors to 1,173,428, a 191 percent increase. 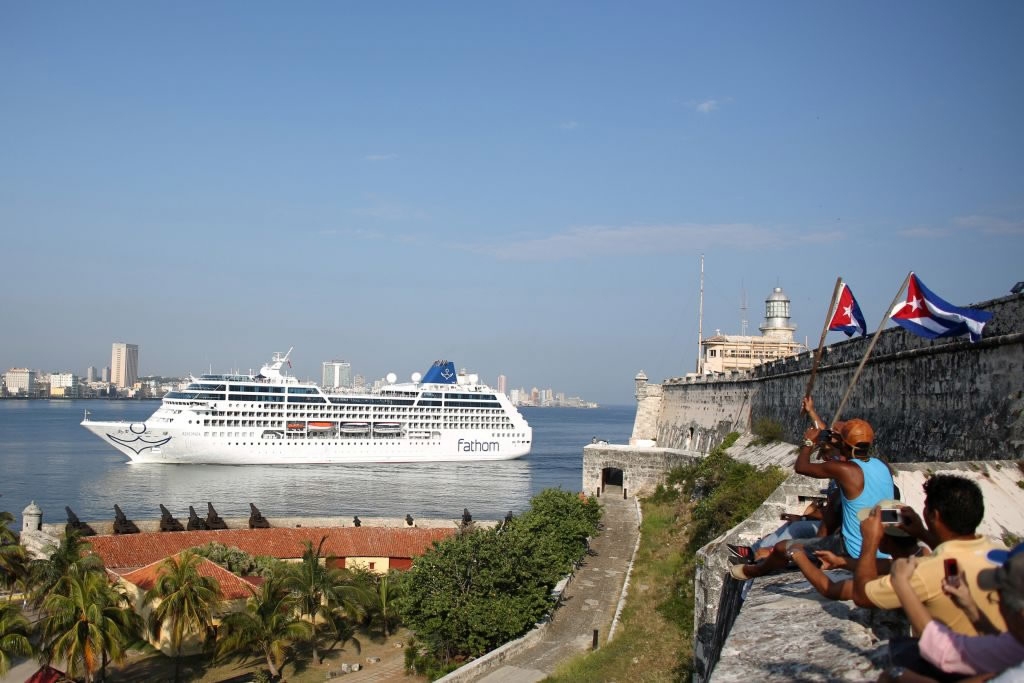 US Carnival cruise ship Adonia arrives at Havana Bay on May 16, 2016, the first cruise liner to sail between the United States and Cuba since Cuba's 1959 revolution. /Reuters Photo

US Carnival cruise ship Adonia arrives at Havana Bay on May 16, 2016, the first cruise liner to sail between the United States and Cuba since Cuba's 1959 revolution. /Reuters Photo

Analysts say the figures suggest that enthusiasm among Americans to visit Cuba remains strong despite Trump’s rhetoric.
“The US travel market proved more resilient than thought as it seems not too many Americans were put off by the new hurdles in travelling to Cuba,” travel consultant Susana Corona of Cuba Holidays, a UK-based tour group, wrote on its website. “This proves enthusiasm for Cuba among US travelers hasn't waned, at least not yet.”
However, Cuban foreign ministry chief on US Affairs, Josefina Vidal, who tweeted the tourism figures, said that there was a decrease in American visitors at the end of the year “because of the blockade measures against individual trips from town to town” imposed by Trump. There may also have been some slowing due to the damage caused by Hurricane Irma in September.
Trump's new policy reimposed the requirement for "people-to-people" travel to take place only in tour groups.
While Americans are still able to make authorized trips with a US-based organization and accompanied by a US representative of the group, it is theoretically harder for them to travel individually. Before Obama’s opening, travel by many Americans was similarly restricted to such organized trips. 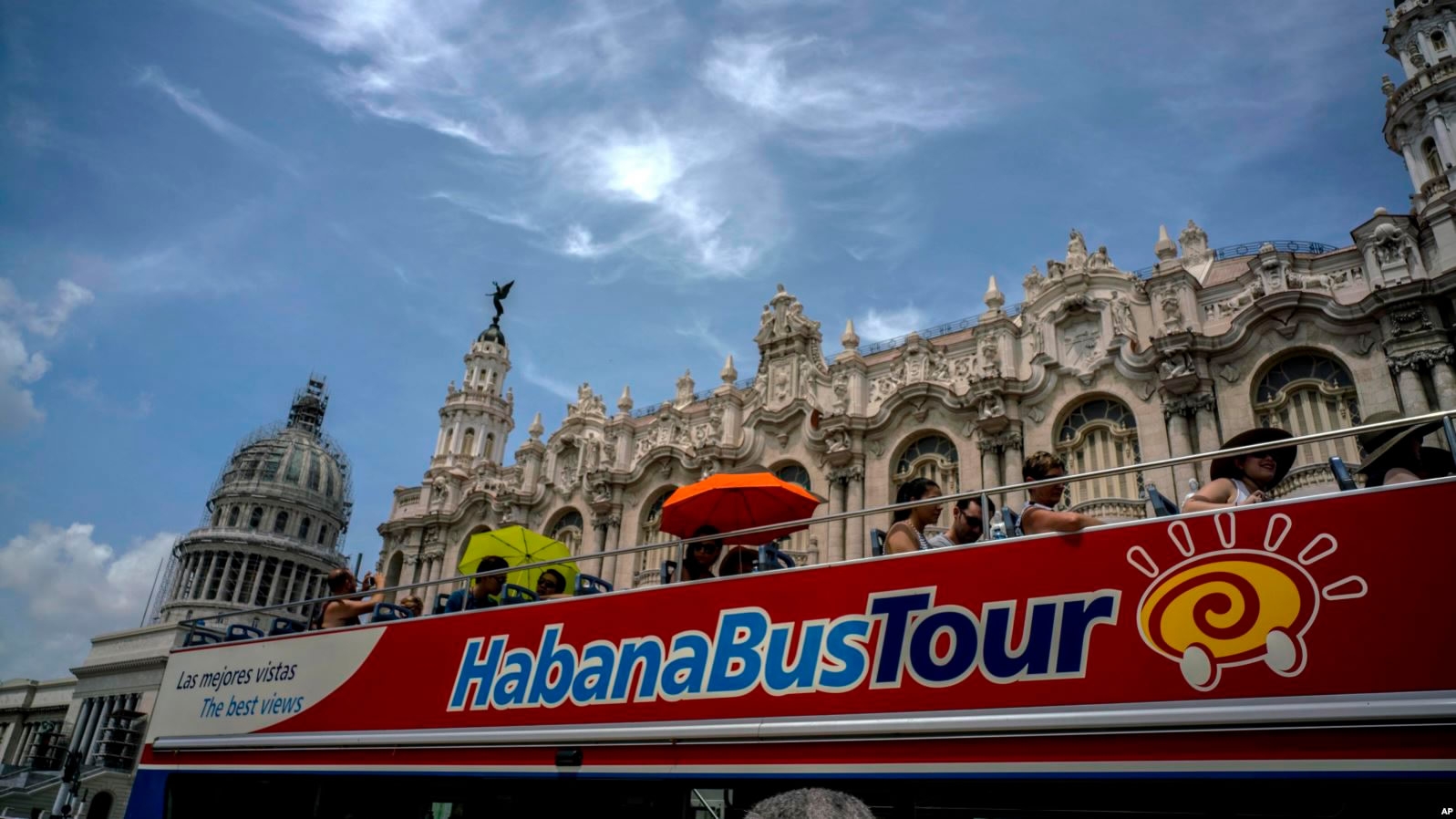 Tourists ride a tour bus in front of the National Capitol Building in Havana on June 17, 2017. /AP Photo

Tourists ride a tour bus in front of the National Capitol Building in Havana on June 17, 2017. /AP Photo

The Trump regulations include a ban on Americans doing business with some 180 Cuban government entities, holding companies, and tourism companies.
But in effect, the owners of private restaurants and bed-and-breakfasts are reporting a sharp drop-off even though the official numbers are way up.
"There was an explosion of tourists in the months after President Obama's detente announcement. They were everywhere!" Rodolfo Morales, who rents two rooms in his home, told AP. "Since then, it's fallen off."
"Without a doubt our best year was 2016, before the Trump presidency," said Yunaika Estanque, who runs a three-room bed-and-breakfast in Havana.
The administration had said it is keen to support small private enterprises that have sprung up around the country under President Raul Castro’s reforms to the largely state-controlled economy.
But the state sector actually appears to be the main beneficiaries of the tourist boom so far, according to AP.
Much attention will be on what the US performance this year will be like. Earlier this month, the State Department changed the travel alert system and recommended that its citizens “reconsider” visiting the island rather than the previous “do not travel” warning.
The overall increase in arrivals of more than 16 percent helped to pump more than 3 billion US dollars into Cuba's otherwise struggling economy, though Tourism Minister Manuel Marrero had previously indicated that revenues were lower than expected due to a slumping Canadian dollar. 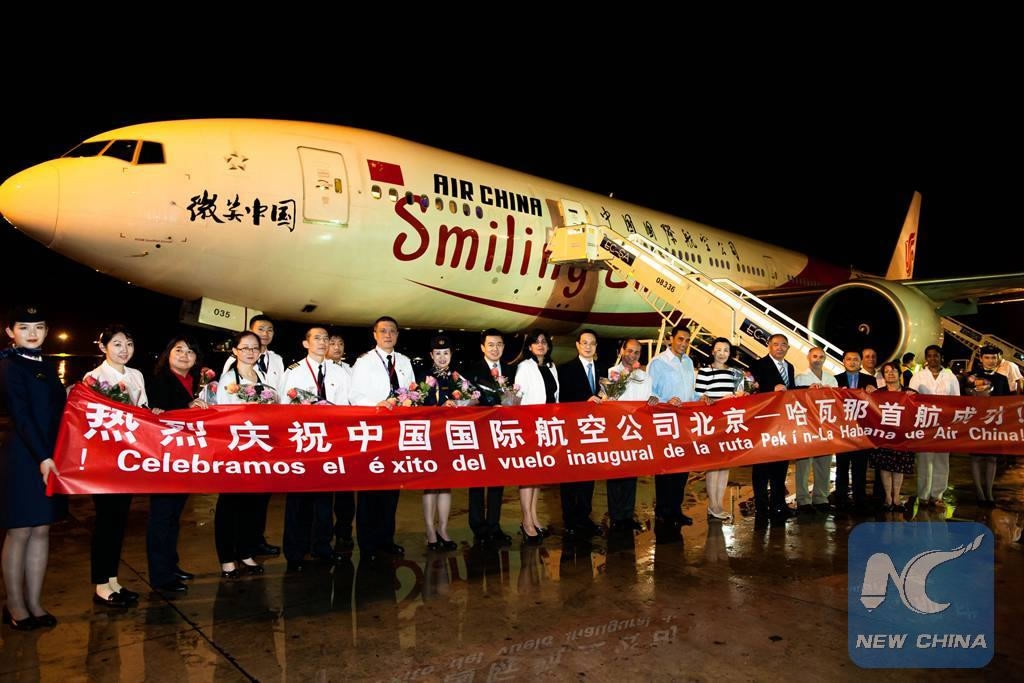 Crew members of Air China and officials from both China and Cuba pose in front of the first flight from Beijing to Havana, capital of Cuba, Dec. 27, 2015. Cuba hopes to attract more tourists from China. /Xinhua Photo

Crew members of Air China and officials from both China and Cuba pose in front of the first flight from Beijing to Havana, capital of Cuba, Dec. 27, 2015. Cuba hopes to attract more tourists from China. /Xinhua Photo

Canada remains the island’s biggest market while Spain, Brazil, Argentina, France, and Italy have shown significant growth. The number of Russian tourists also exceeded 100,000 for the first time.
Officials in Havana expect to receive five million visitors this year.
"2018 will be the year of the five million tourists," Marrero said on Sunday, adding "it will be a year of major investments" in tourism as well.
Some of the optimism is based on an improvement in the quality of local tourism services with the minister saying last month that 90.9 percent of tourists had indicated they are likely to return and recommend Cuba as a destination to family and friends.
The government's 2030 tourism development plan foresees building 224 new hotels and expanding another 32 establishments.
The industry currently offers 68,000 hotel rooms, and the plan calls for raising that figure to 103,000.