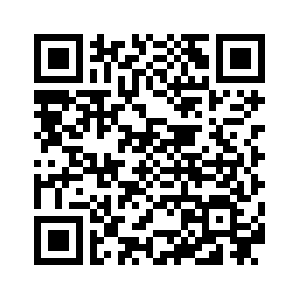 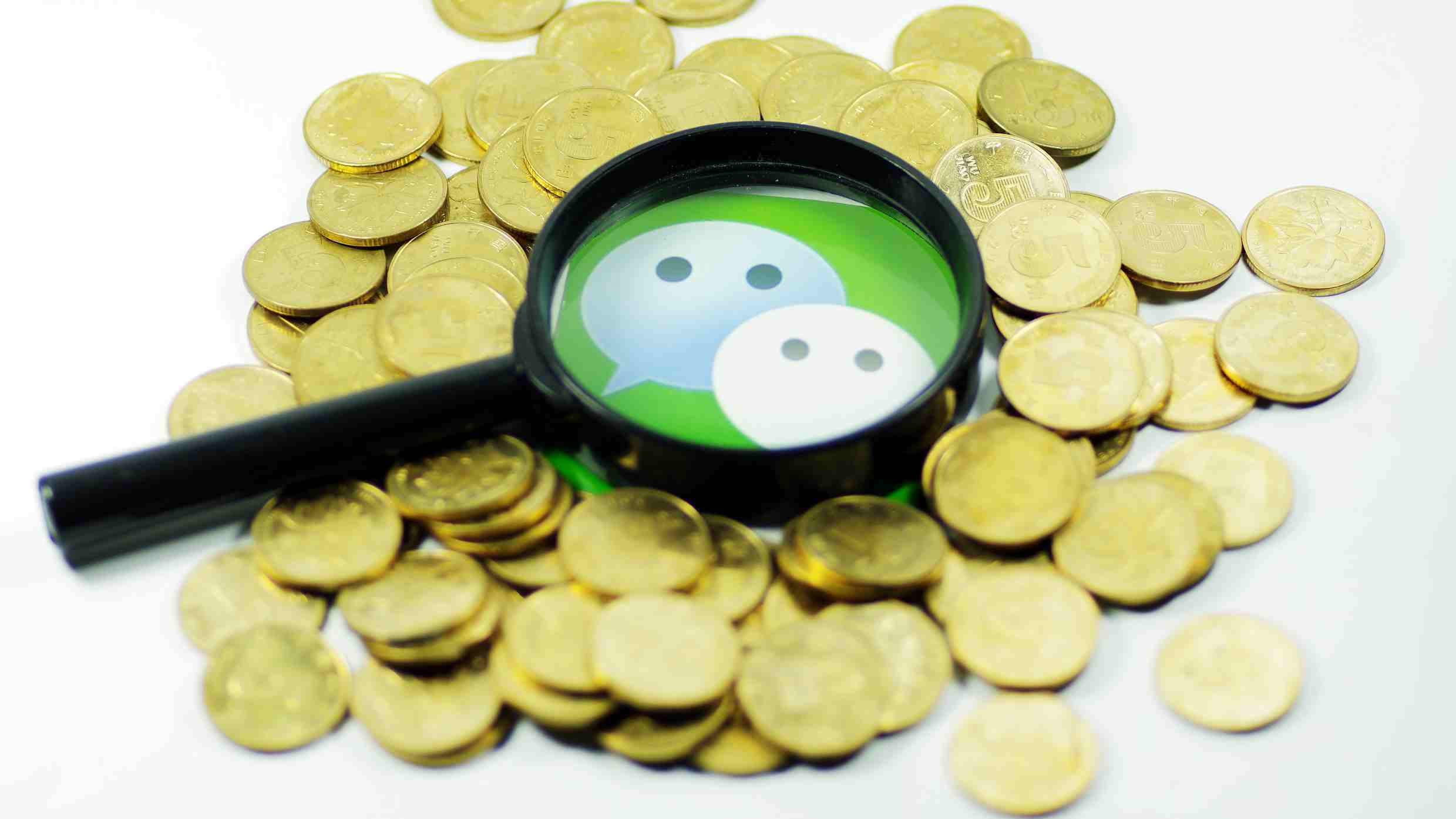 The musang king has become the most sought-after variety of what’s often described as the King of Fruits – the durian. It’s not just Malaysians who adore its sticky yellow flesh. Tourists from China flock to stalls like Pang Yok Min’s on a backstreet near Kuala Lumpur’s central business district to have a taste of the fruit.
Speaking in staccato bursts of Cantonese as he chops into and tears open the spiky fruit, Pang doesn’t look the part of an early adopter of technology. But for the past year, visitors from China have been able to use their mobile phones to scan a QR code and use Alipay to buy his durians.
He says the Alibaba-backed payment system has definitely boosted his business, and but many of his merchant friends remain skeptical or intimidated by the concept. 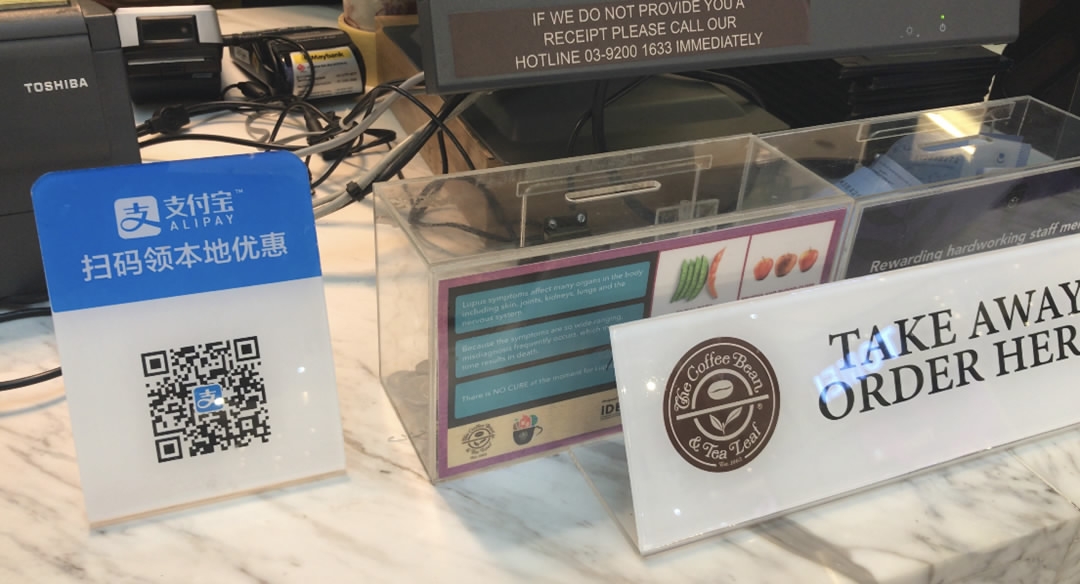 Alipay signs have been cropping up at thousands of stores in Malaysia since its launch in mid-2017. /CGTN Photo

Alipay signs have been cropping up at thousands of stores in Malaysia since its launch in mid-2017. /CGTN Photo

Since Alipay’s launch in the middle of last year, its signs have sprouted up on the counters of thousands of stores including major department store chains and all 7-Elevens. But till now, only Chinese tourists have been able to use it.
Alibaba’s affiliate Ant Financial plans to change that by teaming up with Malaysia’s Touch ‘n Go, which operates a card system that most Malaysians already use to pay highway tolls, parking fees and transit fares.
Alibaba’s rival Tencent has also been granted a license to offer mobile payment services via its WeChat platform, its first foray outside the Chinese mainland and Hong Kong.
“The key drivers are in place in Malaysia. There’s local government pushing towards cashless payments, and there’s also a common payment method in the hands of all Malaysians in the form of a debit card,” said Quah Mei Lee, an ICT analyst at consultancy Frost & Sullivan.
“In terms of use potential, WeChat does have a sizeable number of WeChat users that they can tap on as a readily convertible base.”
Tencent's WeChat Pay has obtained an e-payment license in Malaysia, allowing it to provide mobile payment services starting 2018. 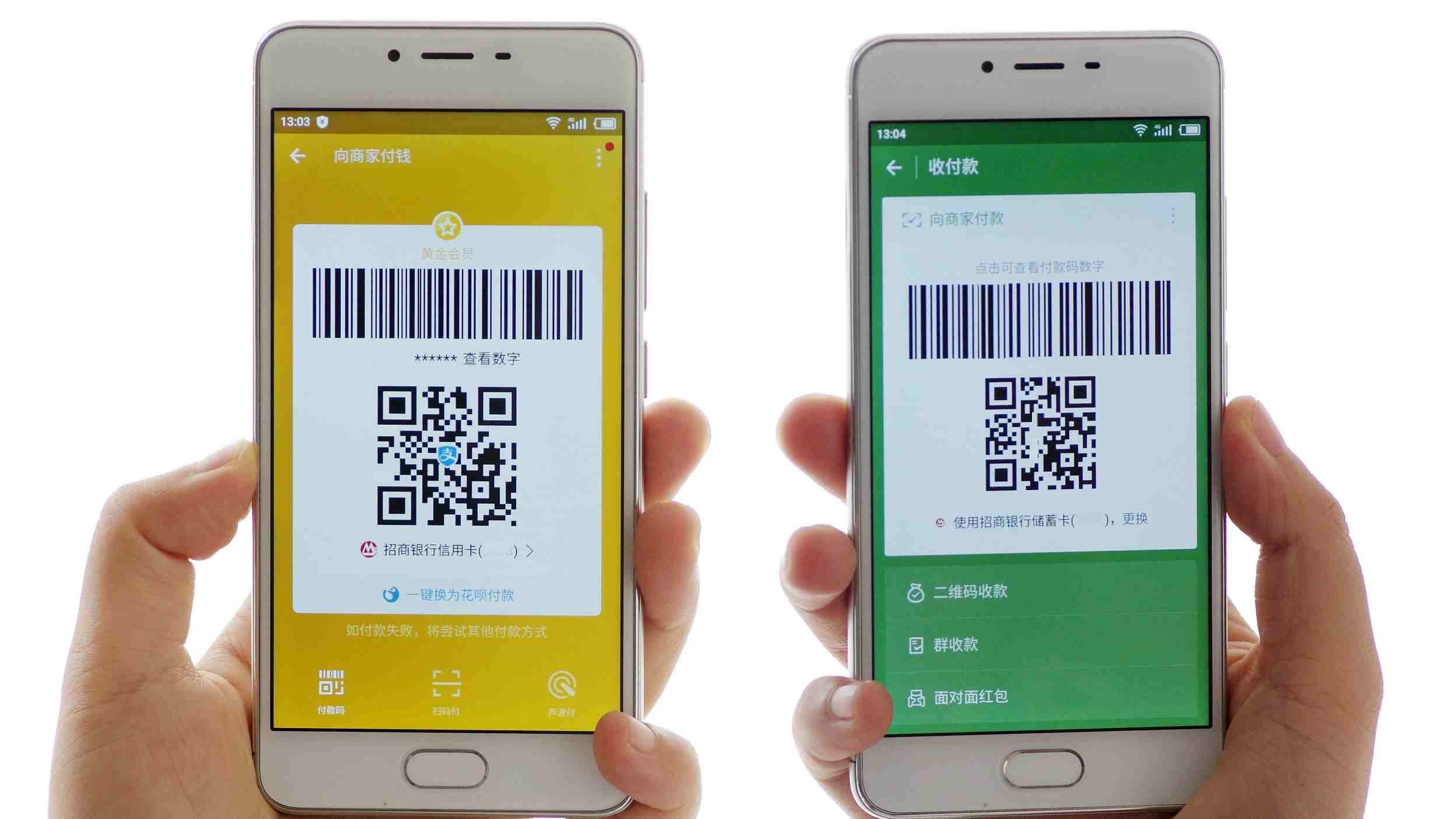 As the latest nation to jump on Tencent’s mobile payment bandwagon, Malaysia will be the first offshore market to settle payment in Malaysian ringgit, the local currency, reaching out to a wider base of potential users, as opposed to simply targeting Chinese tourists.
Tencent and Alibaba are both hungrily eyeing the ASEAN market of more than 600 million people as fertile grounds for expansion.
Malaysia’s central bank is undertaking reforms to spur cashless payments. That includes allowing companies to beta test their products in the marketplace while lengthy approvals are still underway.
Since the beginning of 2017, Malaysians have got used to punching in PIN numbers or tapping their credit and debit cards onto terminals to make payments.
So how ready are Malaysians to start using their phones to pay for the goods and services they obtain, or to receive payments?
Azlan Shah, who makes and sells deep fried snacks at a hawker stall, told CGTN, “I haven’t tried it yet but I feel it’s okay, it will be easy for ordinary people to use their phones to order and pay."
"I think it will be more convenient for buyers and sellers," he added.
“Frankly speaking, I never used my phone to use for payment,” one woman told CGTN. "But pay wave (credit and debit cards) I’ve used. In terms of security, I think now it is quite tight and maybe I would try if that technology is available now." 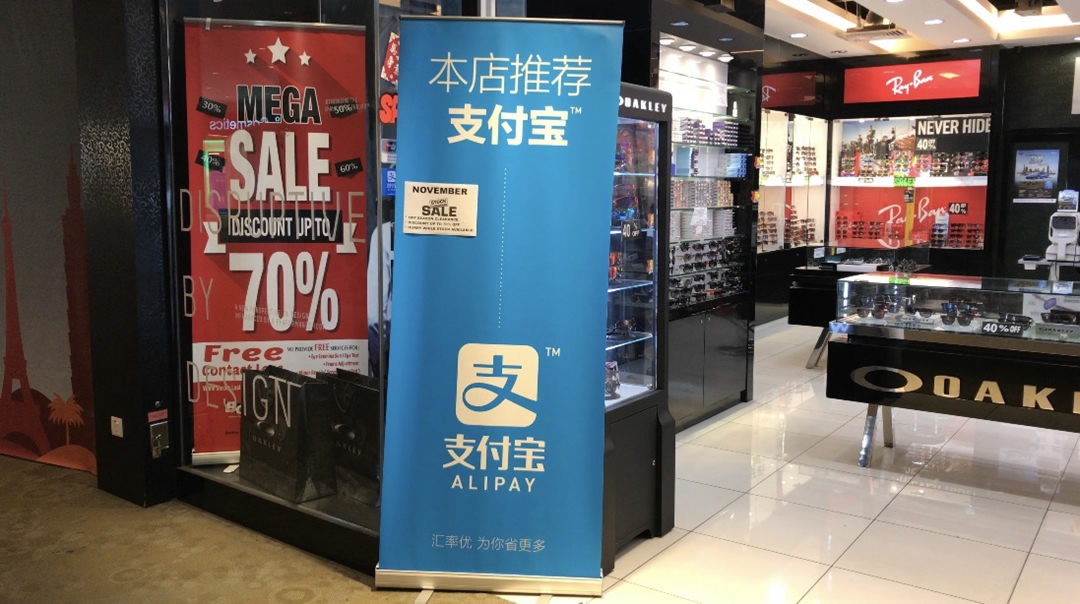 A store at KL International Airport. Malaysia Airport has an agreement to promote Alipay. /CGTN Photo

A store at KL International Airport. Malaysia Airport has an agreement to promote Alipay. /CGTN Photo

The only person to sound skeptical was a banker, of all people, who worried about the security of such systems. But his friend, Azahemy Abdullah, felt very differently.
“I think this is inevitable. It's just that we have to manage our expectations and the system has to be robust – the banking system, all the service providers have to be ready to roll this out in a big way. I’m seeing this is going to be mainstream in a very short while.”
Whether it will be the two Chinese mobile payment giants – WeChat Pay and Alipay – that come to dominate here in Malaysia and the rest of Southeast Asia is another story. But by being first in, they are at least getting the jump on the inevitable competition.
While both Alibaba and Tencent are keen to expand across South East Asia, it won’t be easy to replicate the success the two giants have achieved in China.
“In the Asia Pacific, the payments landscape is very localized and fragmented. In order for a solution to work regionally it has to be able to address local user behavior and considerations,” said Quah Mei Lee.