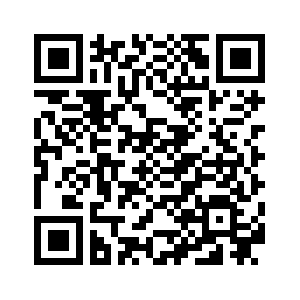 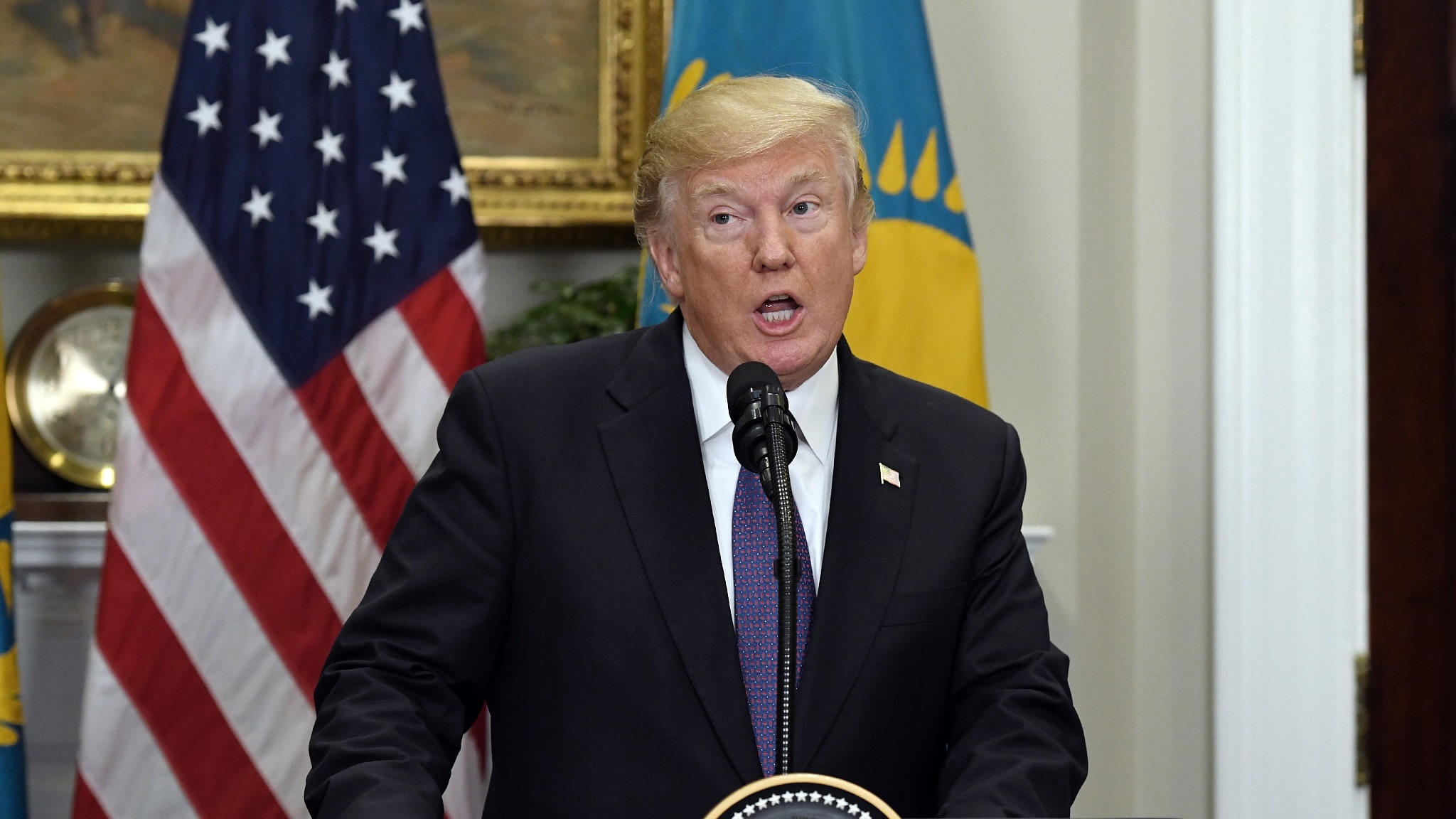 US President Donald Trump should cut down on fast food but shows no signs of cognitive problems such as dementia or Alzheimer’s, the results of his first presidential medical exam showed  on Tuesday, amid recent questions about his mental health.
“He's fit for duty. I think he will remain fit for duty for the remainder of this term and even for the remainder of another term if he's elected," Trump’s doctor Ronny Jackson told reporters in an hour-long press conference.
“He's very sharp… he's very articulate,” he added. 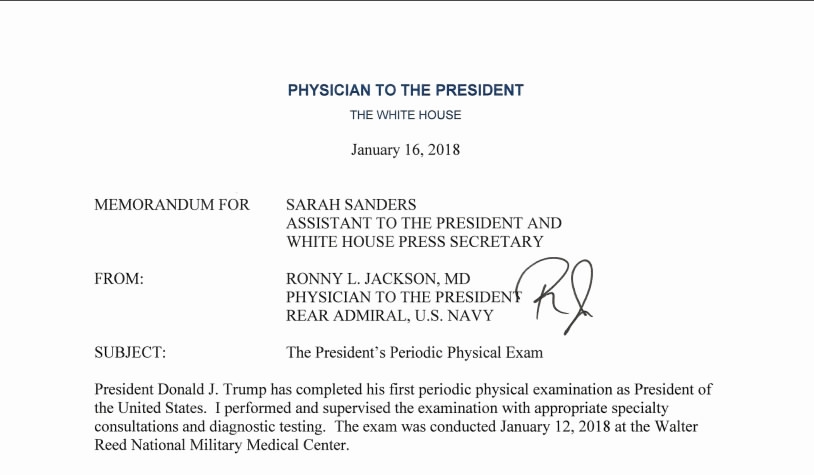 Extract of the report on US President Donald Trump's medical exam. /Screenshot from White House website

Extract of the report on US President Donald Trump's medical exam. /Screenshot from White House website

The exam – carried out on Friday at Walter Reed National Military Medical Center in Bethesda, Maryland – came days after a new book alleged White House staff were worried about Trump’s fitness for office, citing among other things his tendency to repeat himself frequently.
Trump hit back, saying that the book “Fire and Fury: Inside the Trump White House” by Michael Wolff is “full of lies, misrepresentations and sources that don't exist,” and called himself “a very stable genius.”
What does Trump’s exam say?
The report by Dr. Jackson, who was also presidential physician to Barack Obama, states that Trump’s height is 75 inches (1.9 meters) and his weight 239 pounds (108 kg), making him overweight and borderline obese.
His heart rate is normal but “he would benefit from a diet that is lower in fat and carbohydrates and from a routine exercise regimen,” the report adds.
Former aides have described Trump’s daily diet as being heavy on fast food, with “four major food groups: McDonald's, Kentucky Fried Chicken, pizza, and Diet Coke.” 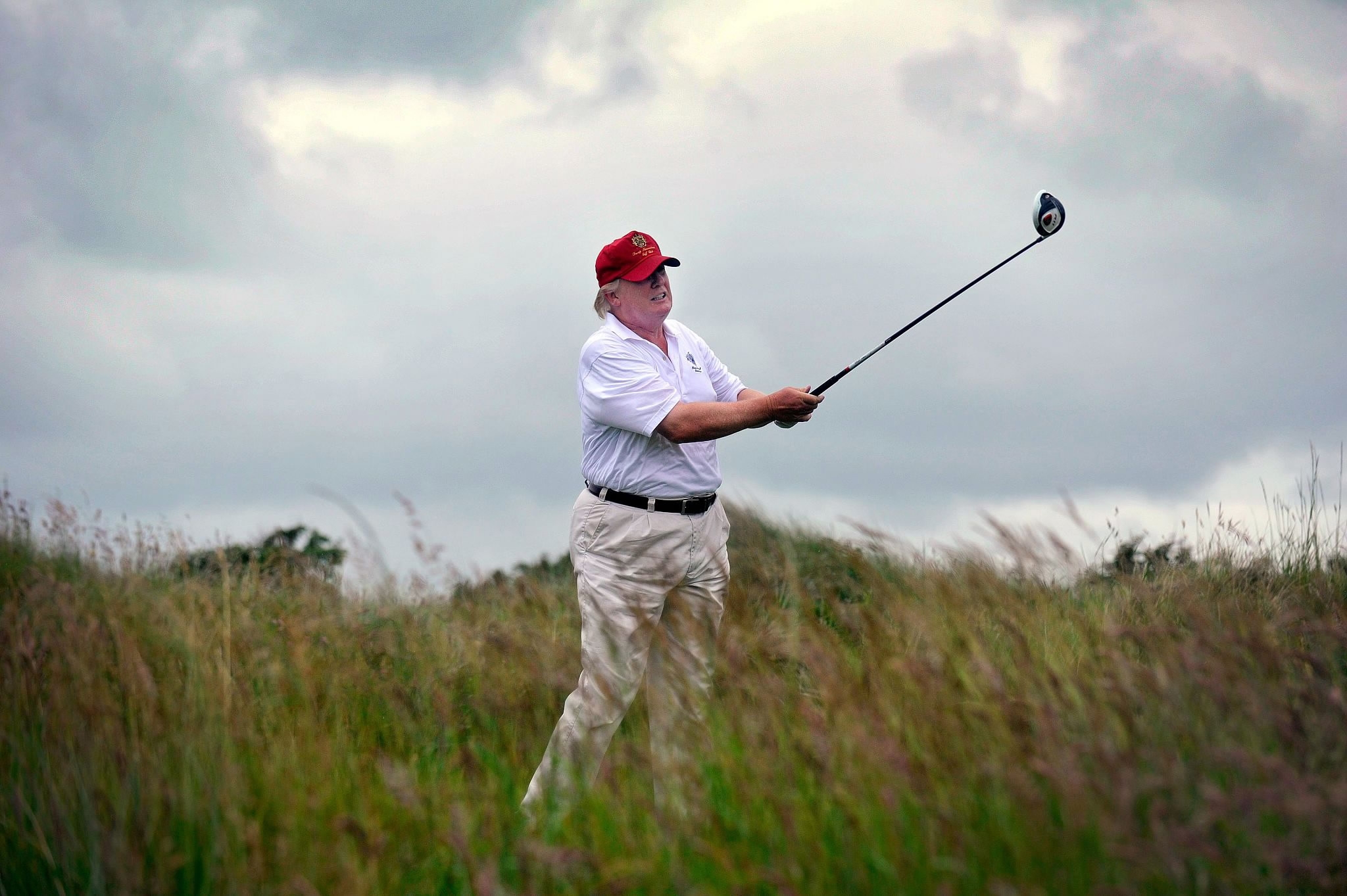 Although he does not drink or smoke, Trump – who became the oldest man ever elected president of the United States at age 70 – is also not one to exercise except for the occasional round of golf.
Jackson said Tuesday he had discussed a diet and exercise plan with Trump and that the president was hoping to lose between 10 and 15 pounds (four to seven kilos) over the next year. The dose of medication to lower his cholesterol will also be increased.
Other than that, Trump’s “overall health is excellent,” according to the report, which often contains the same wording as Obama’s last exam in 2016, also carried out by Jackson.
Asked by a reporter how a fast food diet could prompt such a finding, the physician said Trump “has incredible genes.”
What about cognitive tests?
Jackson said Trump insisted a cognitive test be included among the series of exams.
This is not usually part of the presidential physical but following recent revelations, "I think he saw doing the physical as an opportunity to put some of that to rest,” said the physician. 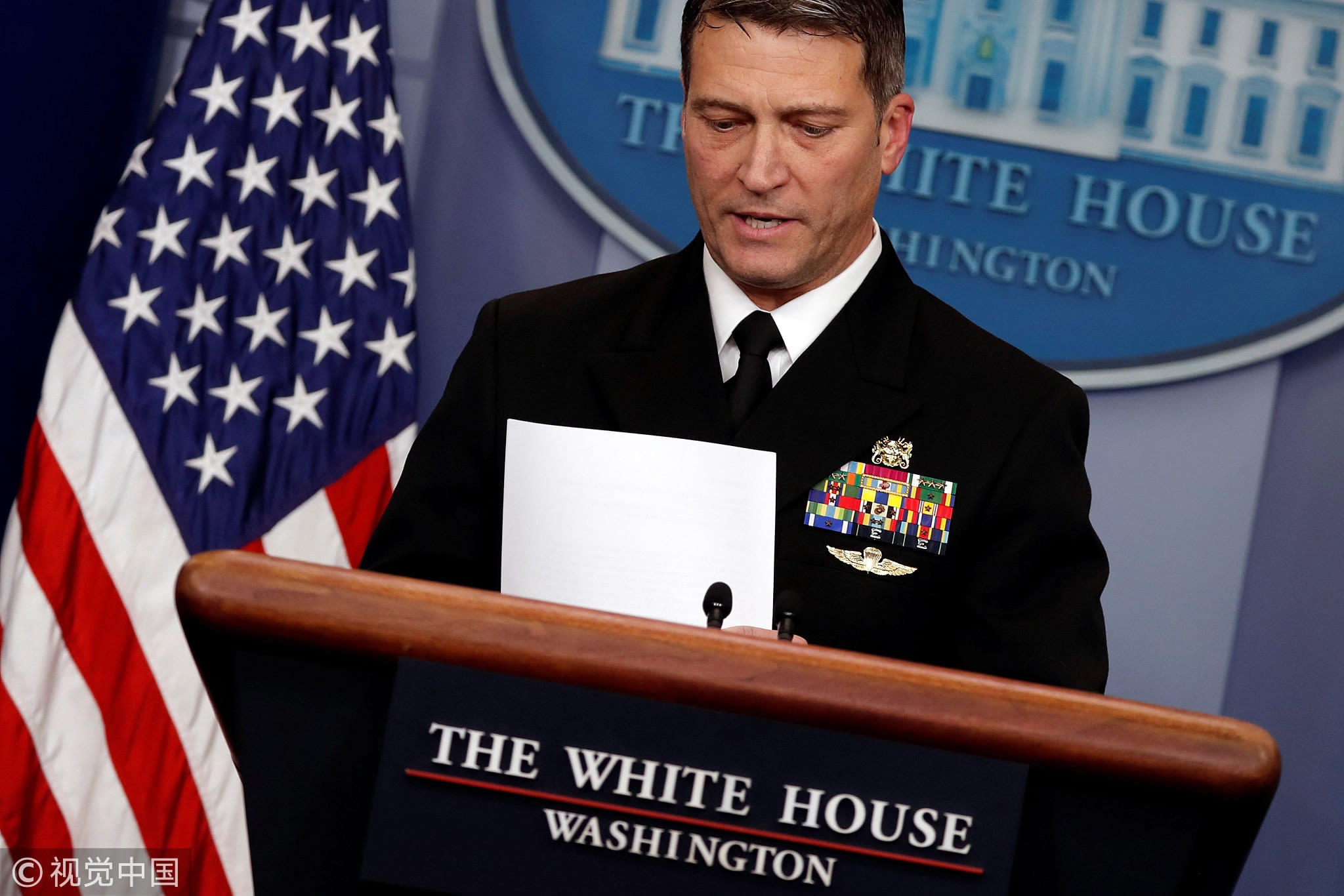 The test administered was the Montreal Cognitive Assessment, which tests for signs of dementia and Alzheimer’s and involves reading out lists of words and numbers, naming animals and drawing the face of a clock.
Trump scored 30/30 on the assessment, which is not however a psychiatric test.
“There's no indication whatsoever that he has any cognitive issues,” said Jackson.
Ahead of Friday’s physical, there had been calls to check Trump’s mental fitness. The president has repeatedly made headlines with brash and impulsive tweets, while experts have highlighted his rambling speech and dwindling vocabulary.

Want to test yourself against Trump?

Here is an example of a Montreal Cognitive Assessment like the one Trump did. 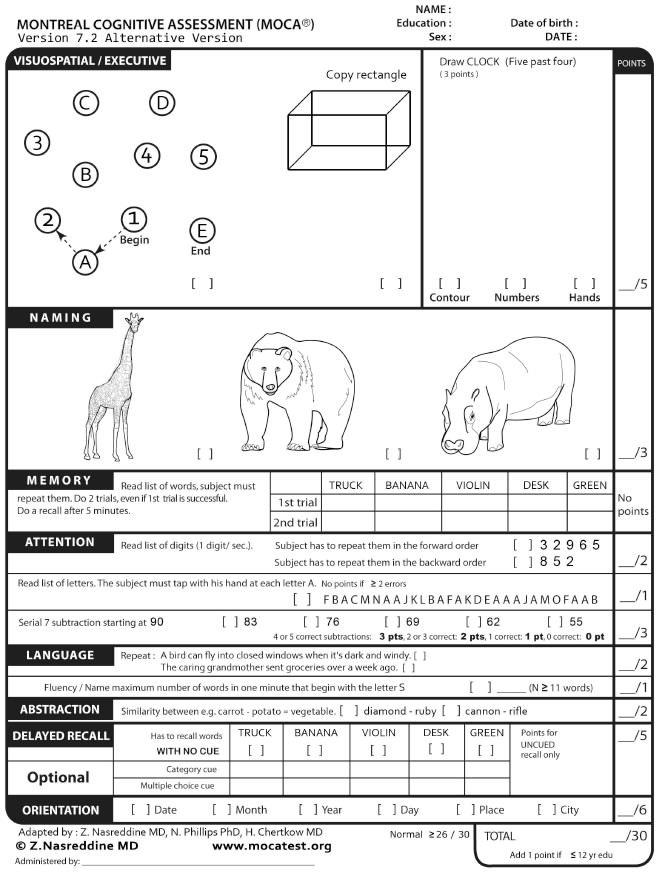 Following the publication of Wolff’s book, Trump boasted on Twitter: “Throughout my life, my two greatest assets have been mental stability and being, like, really smart.”
Jackson, who interacts with Trump on a daily basis, said Tuesday: “I found no reason whatsoever to think that the president has any issues whatsoever with this thought process."
“People shouldn't be making those kinds of assessments about the president unless they've had the opportunity to get to know him and examine him… in my opinion that's just tabloid psychiatry."
Why do US presidents get a physical?
US presidents are not required by law to have regular medical checkups or have their findings published, but it has been common practice in recent administrations.
This is partly to do with the fact that a number of US presidents have kept serious illnesses and health issues from the public over the years. Some even suffered a stroke or heart attack while in office that hindered their ability to run the country.
11158km