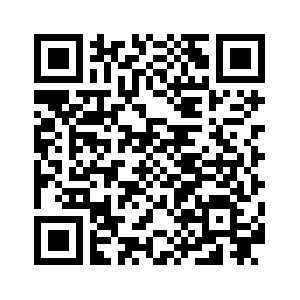 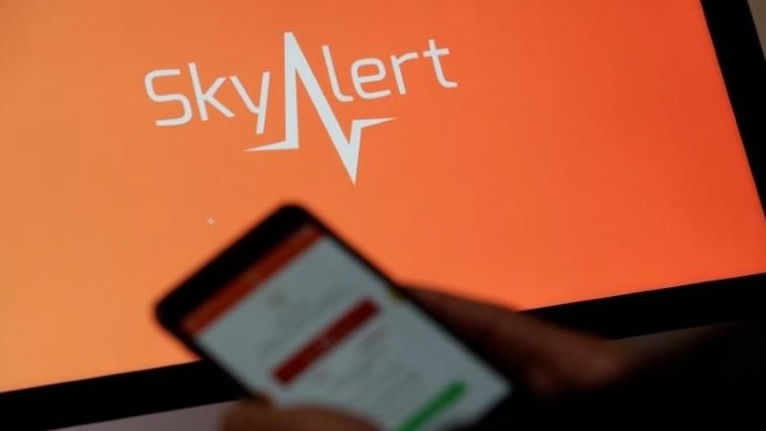 Since two massive earthquakes hit Mexico in September, claiming more than 460 lives, an early warning start-up called SkyAlert has doubled its users to 5.8 million, making it one of the country’s most downloaded apps.
SkyAlert has also found a market selling alarms to small businesses in the capital, said its co-founder and director Alvaro Velasco. And it is looking to expand to Latin America, mainly Colombia, Peru and Chile, which lack an official alerting system despite frequent quakes in those countries. 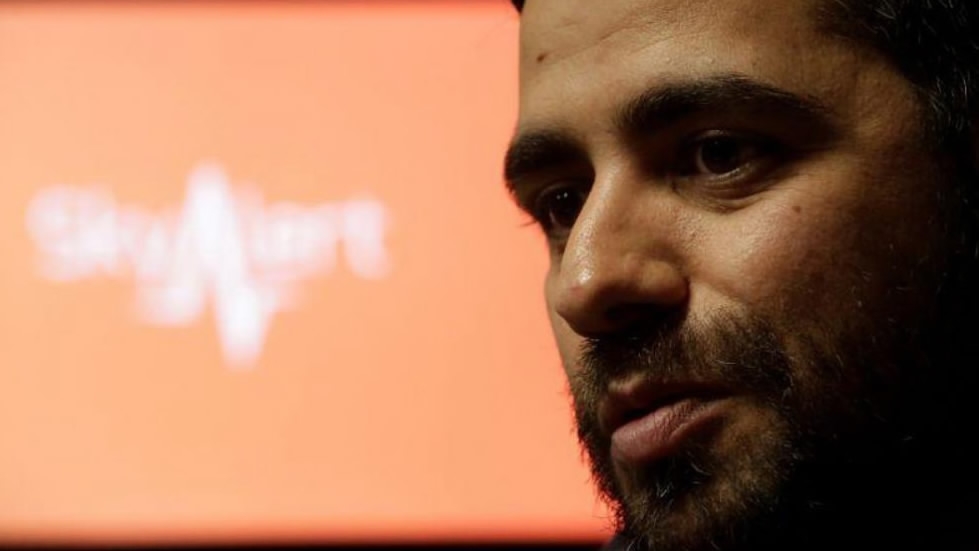 Alvaro Velasco, co-founder and director of SkyAlert /Photo via Reuters

Alvaro Velasco, co-founder and director of SkyAlert /Photo via Reuters

Velasco said that he and SkyAlert co-founder Alejandro Cantú are talking to investors from Mexico and elsewhere about raising 100 million pesos (5.35 million US dollars) in capitalization in 2018.
He said the surge in users after the most recent deadly quake in Mexico City had heightened the interest of existing investors including US-based American Messaging and attracted interest from two Mexico-based private equity funds.
American Messaging did not respond to requests to comment on any potential new investment.
Velasco said SkyAlert was in talks with those funds and existing investors to inject around 20 million pesos (1.05 million US dollars) into SkyAlert.
Still, finding a sustainable business model for the quake monitoring app has been a challenge partly because recent regulation in Mexico City has limited SkyAlert’s ability to access funds through public financing. 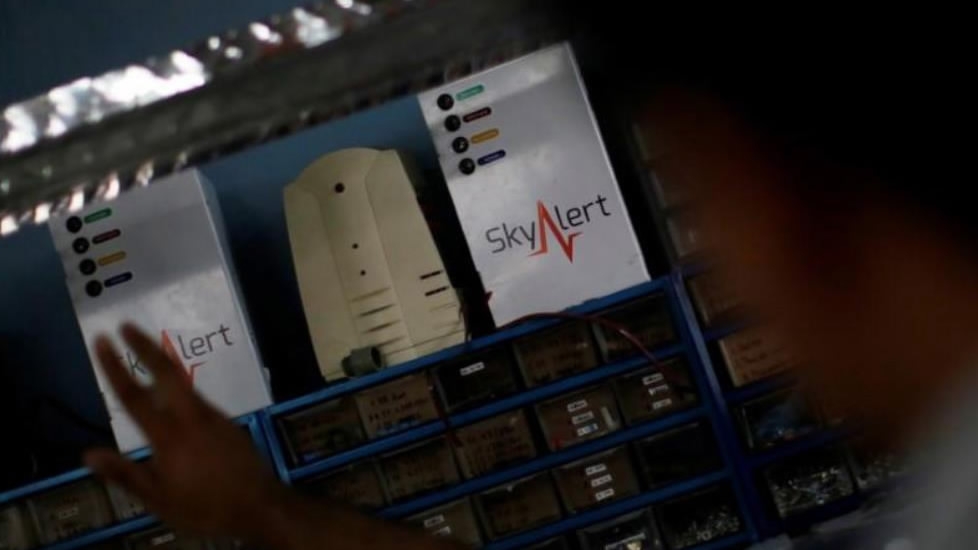 Shomit Ghose at Onset Ventures, a US private equity company with experience in software start-ups, said quake apps have struggled to get adequate financing because of the lack of a clear path to profits.
“If the business model is B2B where the earthquake early-warning is sent to companies, or railways, or hospitals, or high-buildings then perhaps a strong B2B case can be made for start-up investment,” Ghose said.
SkyAlert’s predicament echoes that of companies seeking funding to develop earthquake alert apps in the United States. Seismic activity is hard to monetize without government support.
It competes with its former partner, Mexico’s official alerting system run by government-funded non-profit CIRES, which was created after an earthquake in 1985 killed thousands in the country.
One of the world’s few widely deployed seismic alarms, CIRES runs a network of sirens positioned around Mexico City that warn of a coming quake. SkyAlert mainly warns people through a mobile app. 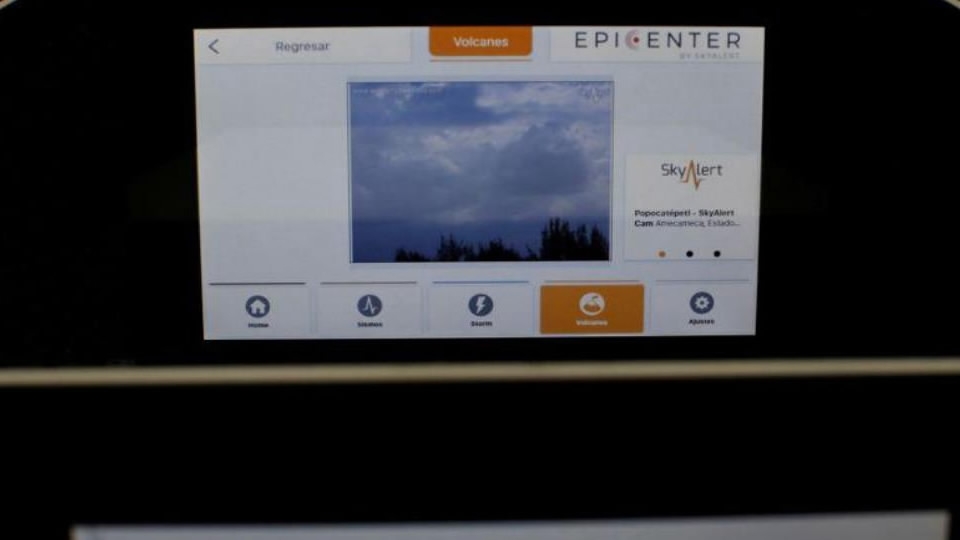 Both sell quake warning systems, but a 2016 regulatory reform requires public buildings in Mexico City to purchase alarm systems from CIRES, limiting SkyAlert’s public financing.
SkyAlert initially replicated CIRES’ alerts, but in 2015 it decided to deploy its own detection sensors to increase coverage with greater accuracy, Velasco said.
“After a few false alerts from CIRES that affected SkyAlert’s credibility, we decided to invest in our own technology,” he said.
SkyAlert also is exploring ways to monetize its free app.
Currently, it sells a “premium” version for 4 US dollars per year that allows users to personalize alerts. However, Mexico has an average per capita income of 8,200 US dollars, and the company said only around 4 percent of users pay for it.
Velasco said SkyAlert’s revenue is split fairly evenly between those fees and income from selling to businesses.
The newest version of the app allows for paid advertising, but ads would not be visible during a seismic alert. 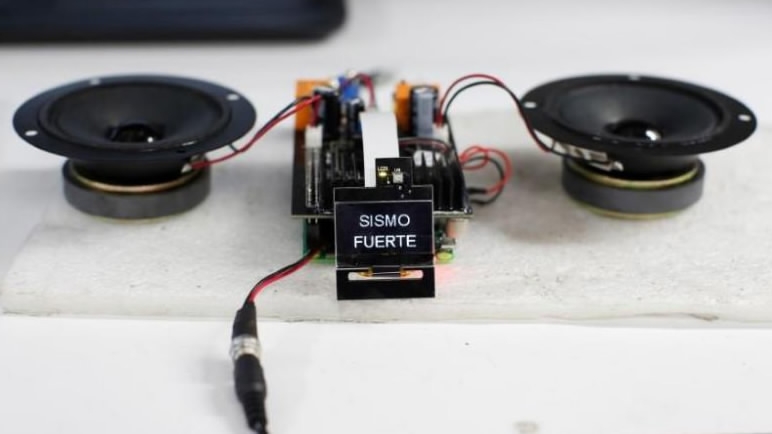 A SkyAlert earthquake alarm being tested at the SkyAlert headquarters in Mexico City, Mexico, October 9, 2017. /Photo via Reuters

A SkyAlert earthquake alarm being tested at the SkyAlert headquarters in Mexico City, Mexico, October 9, 2017. /Photo via Reuters

SkyAlert, founded in 2011, has few peers, but one similar service in Japan is called YureKuru Call, which relies on government seismic data. YureKuru has received some government funding on an ad-hoc basis, but like SkyAlert is mostly funded by fees, said Rina Suzuki, an official at RC Solution Co., the Tokyo-based firm that developed YureKuru.
Detection technologies are evolving and they are all perfectible, Jennifer Strauss, external relations officer at the Berkeley Seismology Lab told Reuters.
“In the end, what matters is how effective they are at alerting people to save lives,” said Strauss.
12458km
Source(s): Reuters