Trump: I am a 'very stable genius' and 'really smart'
CGTN 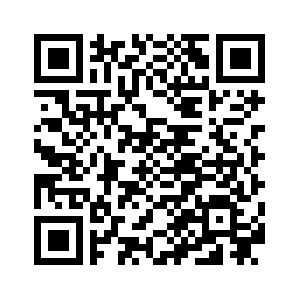 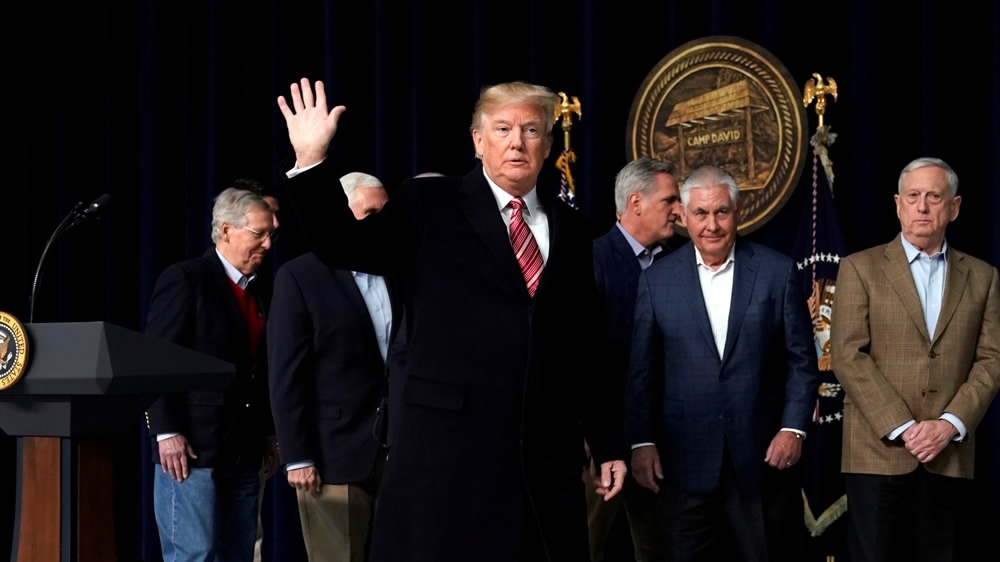 US President Donald Trump on Saturday praised himself as "a very stable genius," following the release of a bombshell book that raises doubts over his mental health.
In a series of extraordinary early-morning tweets, Trump said that "throughout my life, my two greatest assets have been mental stability and being, like, really smart."
He continued: "I went from VERY successful businessman, to top TV Star to President of the United States (on my first try). I think that would qualify as not smart, but genius....and a very stable genius at that!" 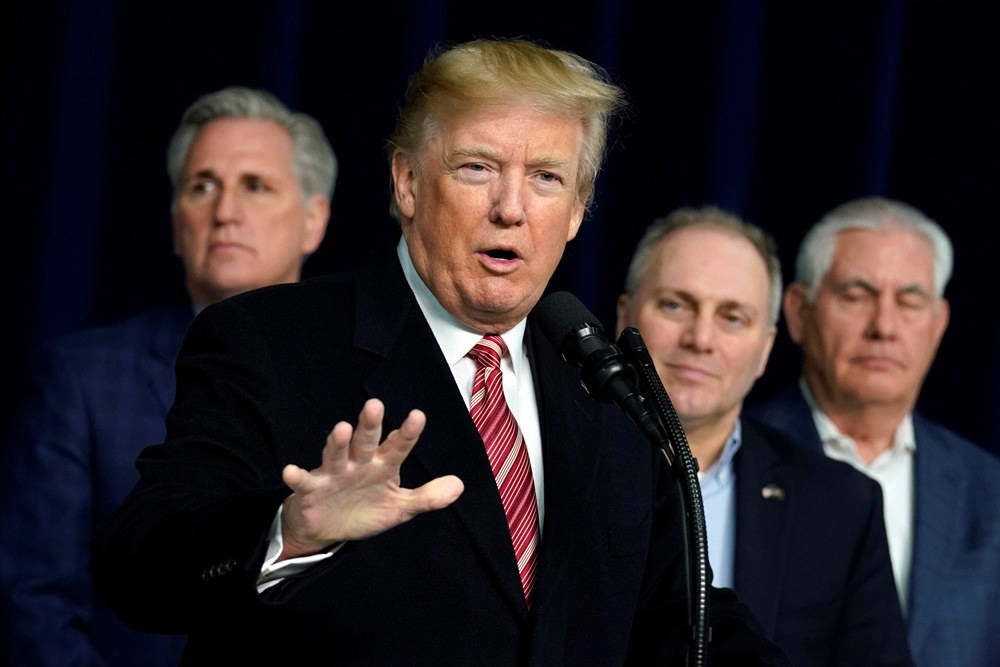 US President Donald Trump speaks to the media after the Congressional Republican Leadership retreat at Camp David, Maryland, US, January 6, 2018. /Reuters Photo

US President Donald Trump speaks to the media after the Congressional Republican Leadership retreat at Camp David, Maryland, US, January 6, 2018. /Reuters Photo

The new supposed tell-all book – Michael Wolff's "Fire and Fury: Inside the Trump White House" – was rushed into stores Friday after the Trump administration failed to suppress it. The book quickly sold out in Washington, where it has been the talk of the town, and rocketed to the top of Amazon's bestsellers list.
At the Camp David presidential retreat, where Trump was meeting with top Republican lawmakers and cabinet members to set an agenda for the coming year, he seemed eager to focus attention on legislative priorities including immigration reform, a budget plan and infrastructure spending. But he also forcefully pushed back against Wolff's claim to having spent hours interviewing Trump.
"I did a quick interview with this guy a long time ago, having to do with an article, but I don't know this man," Trump said. The idea of a long White House interview was "in his imagination." 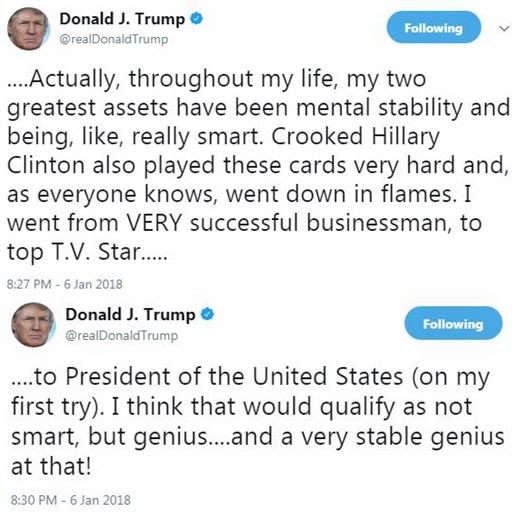 Trump said the book was "a disgrace" and suggested the United States needs stronger libel laws.
The president earlier decried the work as "full of lies," while the White House issued a scorched-earth dismissal of both the author and his sources.
In tweets Friday, Trump called Wolff "a total loser."

Trump's stability has been questioned by critics almost since he declared his candidacy for the presidency. They cite remarks and tweets they say show him as impulsive, petulant and erratic. Yet the sensational details in the new book and Trump's continued defense of his mental health have wrenched attention away from policy and news of US financial markets hitting all-time highs, bringing even more scrutiny over whether the US leader is fit for office. 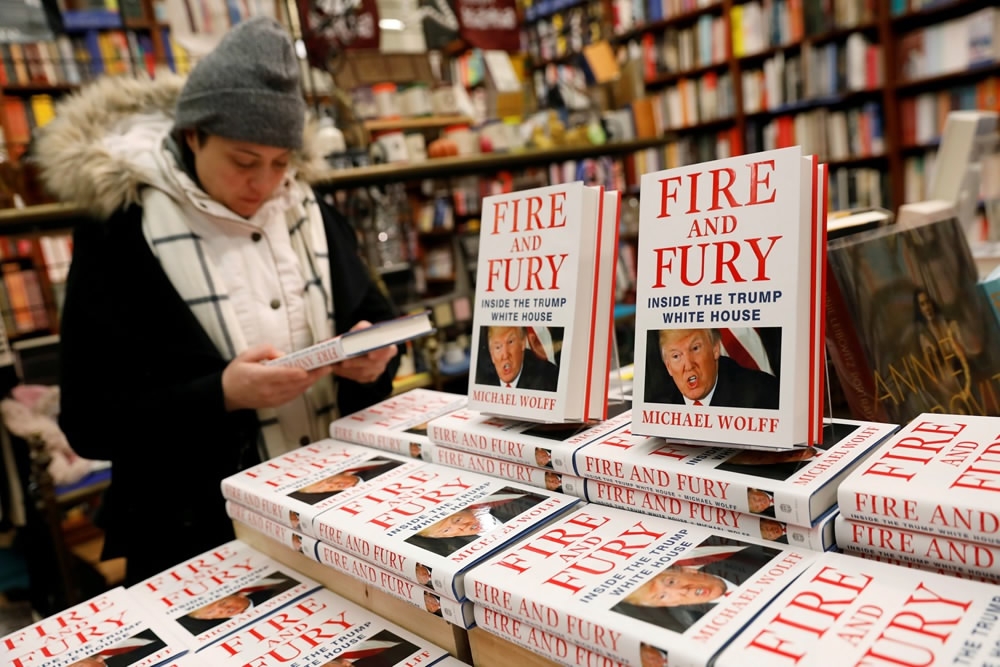 Copies of the book "Fire and Fury: Inside the Trump White House" by author Michael Wolff are seen at the Book Culture bookstore in New York, US, January 5, 2018. /Reuters Photo

Copies of the book "Fire and Fury: Inside the Trump White House" by author Michael Wolff are seen at the Book Culture bookstore in New York, US, January 5, 2018. /Reuters Photo

On Friday, Washington's chief diplomat Rex Tillerson was obliged to defend Trump after being asked during an interview about claims that the president has a short attention span, regularly repeats himself and refuses to read briefing notes.
"I've never questioned his mental fitness," said Tillerson, whose office was last year forced to deny reports that he had referred to Trump as a "moron" after a national security meeting.
Even in defending Trump, the former ExxonMobil chief executive told CNN he has had to learn how to effectively relay information to the president.
Wolff, no stranger to controversy, quotes several key Trump aides expressing doubt about Trump's ability to lead the world's largest economy and military hegemon.
"One hundred percent of the people around him" question Trump's fitness for office, Wolff told NBC's "Today" show. "They all say he is like a child. And what they mean by that is he has a need for immediate gratification. It's all about him."
11070km
Source(s): AFP