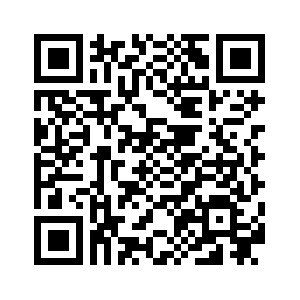 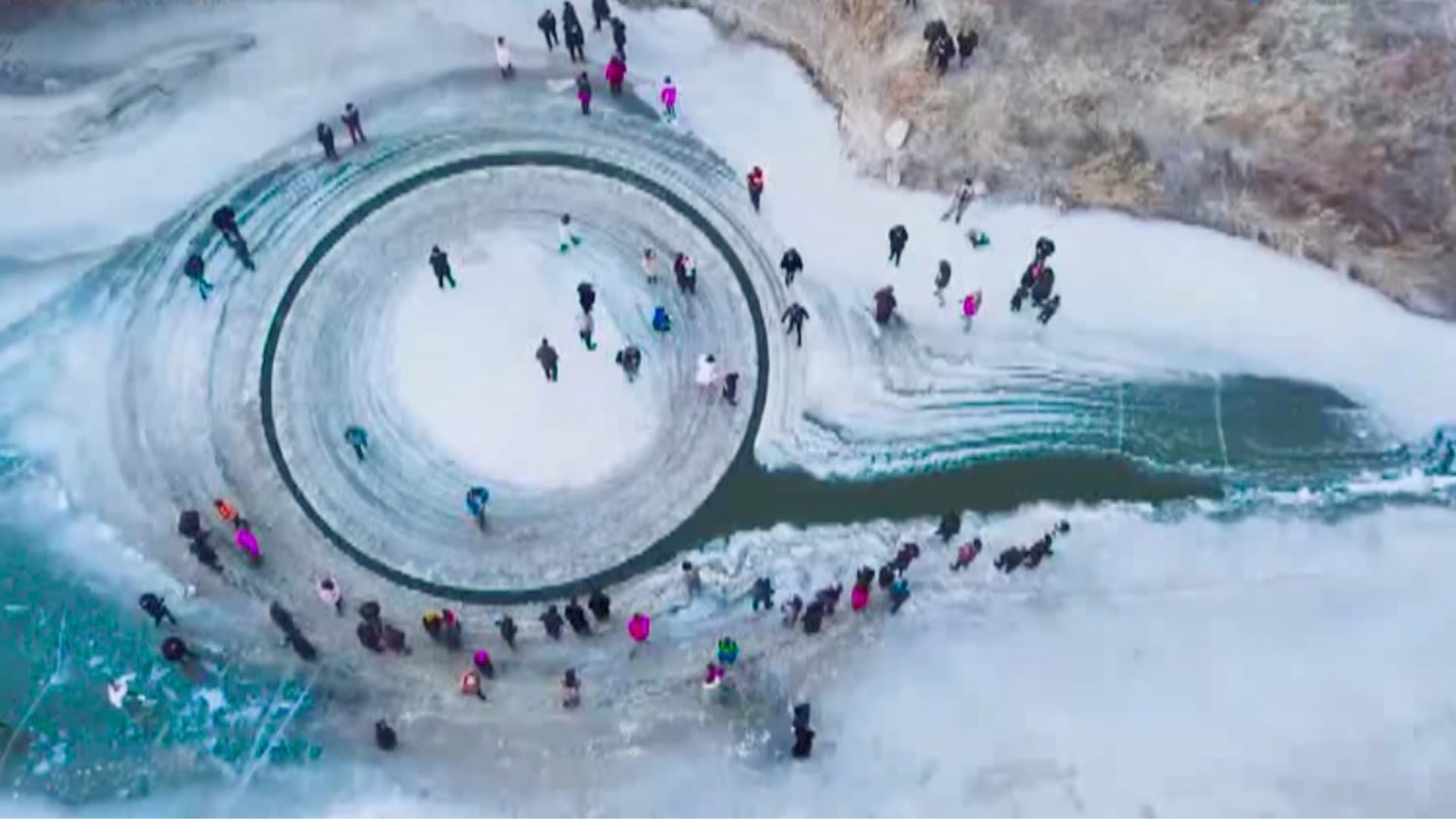 The mysterious rotating circle formed on the ice in northeast China was described as “natural” by scientists after it has prompted a barrage of excitement from tourists and netizens.
The huge disc of ice rotating clockwise is located in Xiguchengzi Village in Shenyang City of Liaoning Province.
The approximately 12-meter-diameter disc in the Liao River has formed about 20 days ago, according to a villager.
“No one has noticed how it was formed,” he said. “Even those at their 80s claimed they have never seen such phenomenon.”
The rare scene has attracted many tourists taking photos of the frozen circle and became trending on Chinese social media platforms with some comments calling it “eccentric” and “extraterrestrial.”
Local authorities have set up signs warning people not to step on the thin ice. 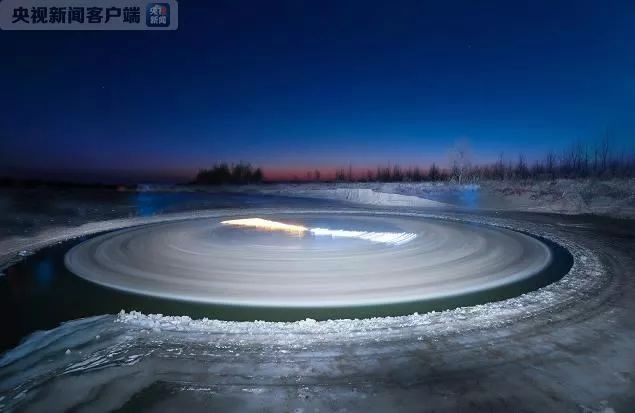 The ice circle in the Liao River was described as “natural” by scientists. /CCTV Photo

The ice circle in the Liao River was described as “natural” by scientists. /CCTV Photo

The phenomenon is natural, according to professor Song from the Institute of Geographic Sciences and Natural Resources Research. He is the associate director of the Water Resource Research Center of the institute.
Ice circles are usually “formed by vortex-like motion in the river,” he said, adding that the vortexes may also be created by the emissions of natural gas.
However, further study and analysis should be involved in order to figure out the specific principle of the ice circle in the Liao River, he said. 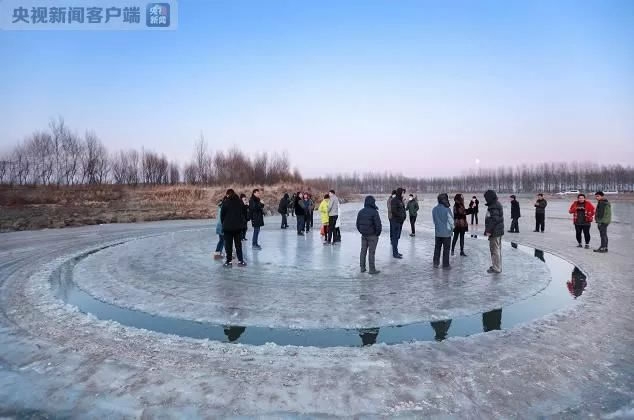 Tourists have been treated to a natural phenomenon with a spinning ice circle forming in a partially frozen river in Shenyang. /CCTV Photo

Tourists have been treated to a natural phenomenon with a spinning ice circle forming in a partially frozen river in Shenyang. /CCTV Photo

This is not the first time people in the country were amazed by the spinning ice circles. Tourists had been treated to the one formed in Yimin river in Hulunbuir, a city in north China’s Inner Mongolia Autonomous Region.
The ice circles on the surface of Lake Baikal in Russia were listed as one of the most popular stories of 2009 by Wired, a US-based magazine.
There were also ice circles in the UK and Denmark, according to news reports.