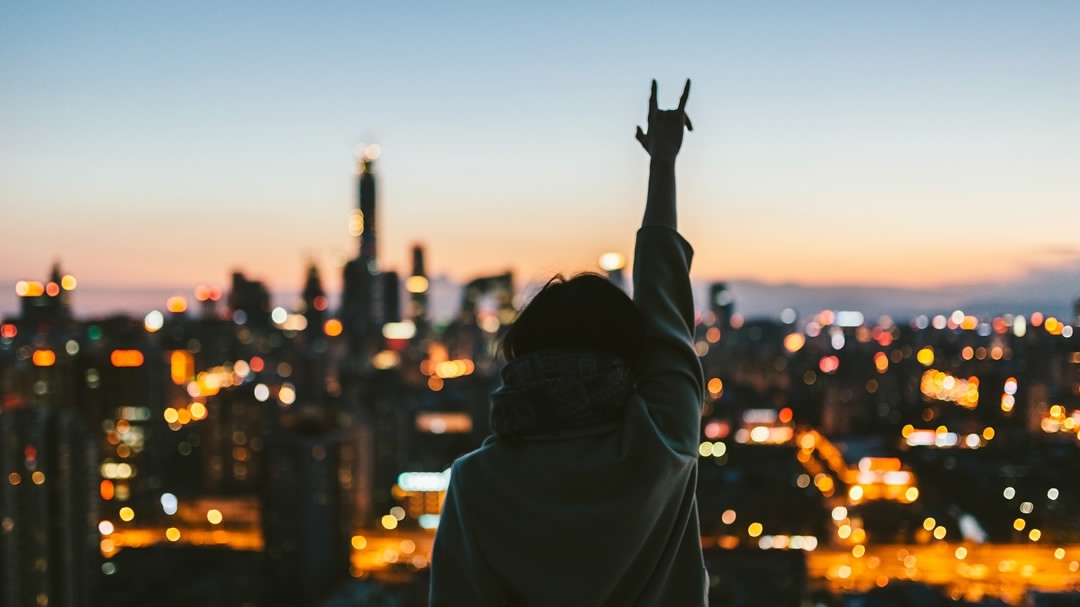 CGTN Digital’s Business Desk would like to designate its New Year editorial to the subject of the “rising self” in Chinese society and its growing economic implications. We believe that the government should encourage holistic individual development as that will, in turn, benefit the economy as a whole.

With Apple’s success in China also came Steve Jobs’s unique stage presence which soon inspired a group of Chinese entrepreneurs to color their products with a touch of their own personality. Among them is Jia Yueting, the former CEO of LETV whose recent disgraceful downfall has shocked the country.
The same passion to commercialize self-expression continues and it swept over the country in 2017. Millions of “cam hosts” are charging viewers to watch their “life-broadcasts”, while many more announce themselves daily on the WeChat messaging app, with roughly a billion pictures being uploaded every day, many of them acting as self-promoting commercials.
Behind this fuss is the ever-stronger desire of individuals to seek a “unique identity”, to be independent and to fulfill their aspirations in Chinese society.
After decades of politics that put the emphasis primarily on the social side of life, focus has been shifting onto individual development, fostering a powerful social sense about “self”. Ever since China launched its economic reform and opening up campaign in 1980s, the country has become wealthy enough for its citizens to engage in more thorough and holistic identity building in relation to social and economic achievement. As a result the consciousness about the self has grown stronger, manifesting partially in the craze for self-expression which can be seen on social media, and the economies that thrive on the idea.
With the help of technology, this ethos is making magic all over the economy. More than a billion people are using their mobile devices to surf online in China and are looking to label themselves with particular items or to announce certain unique identities - and, correspondingly, niche business models are now developing alongside this.
Consumption is not just rising in one particular manner, rather it is diversifying to cater to the ever more complicated needs of society. Buying goods, as well as to express a personality has created a huge opportunity for e-commerce retailers who target small but devoted fans with a unique class of item. The “long tail”, a term invented in 2004 to describe the strong profitability of this strategy, underlies Jack Ma’s success with Taobao.
As the Chinese economy is gradually liberated from central planning, the tie that used to fasten an individual to a certain workplace is also significantly weakened. A sturdier social benefit net, in addition to widening job pools, permit people with more economic freedom to pursue their aspirations, resulting in the set-up of 21 million start-ups over the past five years, with each helping to turn individual creativity into profit.
Better coordination in the economy has also been made possible thanks to apps such as Didi and Airbnb. They allow self-employed individuals to turn their idle possessions into commercial resources, solving both the issues of employment and efficiency in connecting services to customers.
With necessary social conditions in place, mean income - GDP per capita - could be enhanced, should individuals be given more economic freedom to act, but the trend may equally result in greater inequality as individual capability varies in creating wealth.
The problem could be enlarged if the social welfare system isn’t equally accessible to everybody. The cost for the deprived to think out of the box would be too high, consequently deterring their form of creation.
Aspiring for personal freedom breeds creativity but also leads to established social norms getting disregarded. Young people showing less commitment to long-term occupations, for example, has been a major source of headaches for companies, who have become reluctant to place more resources into training.
Challenges are posed on the government level, too. Tens of millions of young migrant workers are no less aspirational than their urban-born peers; however, they tend to feel more pressure in cities because they lack the proper training or education. The government needs to create a more accommodating environment for them to be equally competitive in the overall labor markets.
Policymakers should also be aware that any fair and efficient policy implementation must factor individual distinction to certain degree. Generalizations are necessary for policy making, but allowances should always be made for flexibility within the boundary of law.
The Chinese government has realized the issue and demanded more flexibility with the micro-implementation of key central policies. Targeted poverty alleviation, for instance, has set a good example.
Be it an engine for economic development or a challenge to public policymaking, the idea upholding personal liberation and development has become integrated into China’s social landscape, and will manifest itself more explicitly as growth becomes more inclusive and society becomes more tolerant.
In 2018, China has entered a new era of development where, as Chinese President Xi Jinping said, “no one must be left behind”. In a country of 1.3 billion people, this is a solemn promise that demands huge political and economic energy to keep, but it does reveal the truth that the prosperity of a state means nothing besides for the aggregation of the wellbeing of every individual in the entire society. This should be the basis for the idea that everyone's dreams deserve to be respected and should be protected for the benefit of everybody.
We wish you a Happy New Year and hope your dreams come true in 2018.