Andre Villas-Boas latest big name to leave the CSL – is this a trend for the league?
Josh McNally 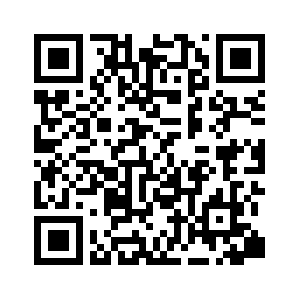 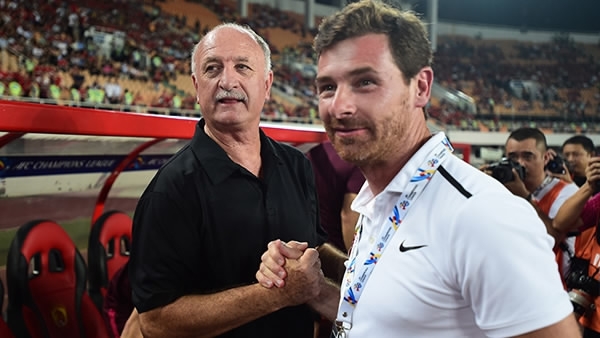 The 2017 Chinese Super League (CSL) season is in the books: Guangzhou Evergrande extended their record breaking run of league championships to seven, their Super Cup wins to three and Shanghai Shenhua won the Chinese FA Cup. The league expanded internationally with IMG in a 1.25 billion US dollar deal for the 16/17 and 17/18 season and is now broadcast worldwide on major sports networks.
And yet, several big names are leaving. The latest of which is Andre Villas-Boas, who announced yesterday that he was leaving Shanghai SIPG after only a year so he can compete in the 40th Dakar Rally which starts on January 6, 2018.
Villas-Boas had only been with Shanghai SIPG for a season and, according to The Guardian, was being paid 11 million pounds (13.2 million US dollars as of when the contract was signed) per years for his services. A statement from the club described him as being “[a] leading young manager in European football, with a huge amount of passion and coaching experience” and they hoped he would “enrich the tactical nous of the team, unearth the potential of our young talents and guide our club to scale new heights.”

Coming directly off a run at Zenit St. Petersburg where he won the Russian Premier League and Russian FA Cup, expectations were high for the Portuguese manager but he got beaten to the punch in every competition: they came second in the league to Guangzhou Evergrande, losing to Shanghai Shenhua 3-3 in the Chinese FA Cup final due to away goals and got beat in the semi-finals of the AFC Champions League by the eventual winners, Japan’s Urawa Red Diamonds.
While these setbacks must be tough, quitting after a year of silver medals is not the behavior of a manager with “a huge amount of passion” for the game – especially when he’s ditching his new team to try out motor racing. After losing the Chinese FA Cup final, Villas-Boas said: “It is not the right time to talk about whether I’m staying or leaving” and then, when he did leave, he was briefly linked with the managerial position at Everton in the English Premier League – a role that was filled by “Big” Sam Allardyce almost as soon as it became clear Villas-Boas was not interested.
However, in his brief statement regarding his entry into the Dakar Rally, Villas-Boas said: “I spoke with my friend Alex Doringer, the manager of the KTM team, who told me that I would still need a full year’s preparation to get there and that it was better to consider doing it in a car, so I got in touch with Team Overdrive and here I am!” The change in teams reflects his change in disciplines to, switching from attempting the race on a motorbike to a Toyota Hilux truck, but it also gives away his thinking. As a motorsport enthusiast, competing in the Dakar Rally was a dream which he had actively pursued, but if the simple switch from two- to four-wheels was enough to pull him away from an almost decade-long career into flight football, then perhaps he was looking for an excuse to leave SIPG behind. 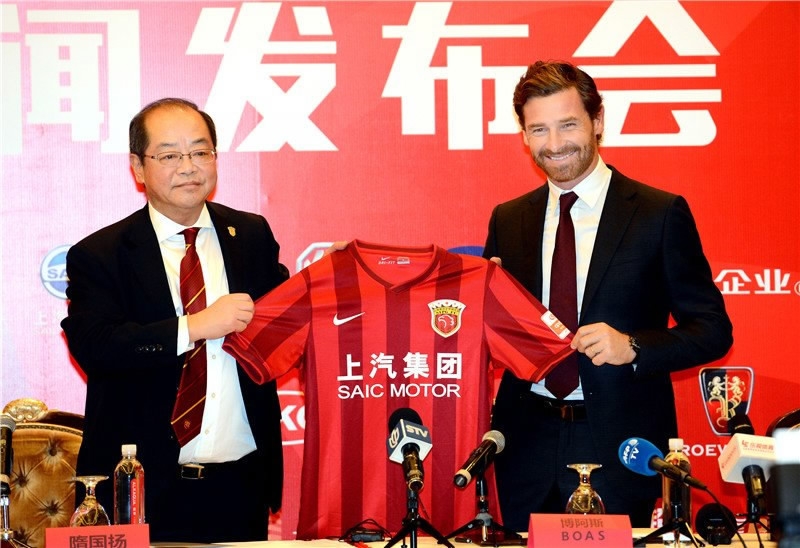 On the other hand, there is Luiz Felipe Scolari. The Brazilian manager came to China in 2015 as a sudden replacement for Fabio Cannavaro, who agreed with mutual consent to leave the team halfway through the season. Scolari, in dire need of rebranding following his disastrous 2014 World Cup campaign with Brazil – capped with the infamous 7-1 semi-final loss to Germany – immediately turned his career around with a CSL championship. The accolades continued with an AFC Champions League victory the same year; Super League, Super Cup and FA Cup wins in 2016, and a Super League and Super Cup double in 2017. And yet, with all this success, Scolari rejected a contract extension at the end of the season.
Regarding his future, he had a more positive message: “My story with Evergrande is finished, but my story with China may continue.” As of yet, however, there has been no indication towards what the 68-year old will do next. 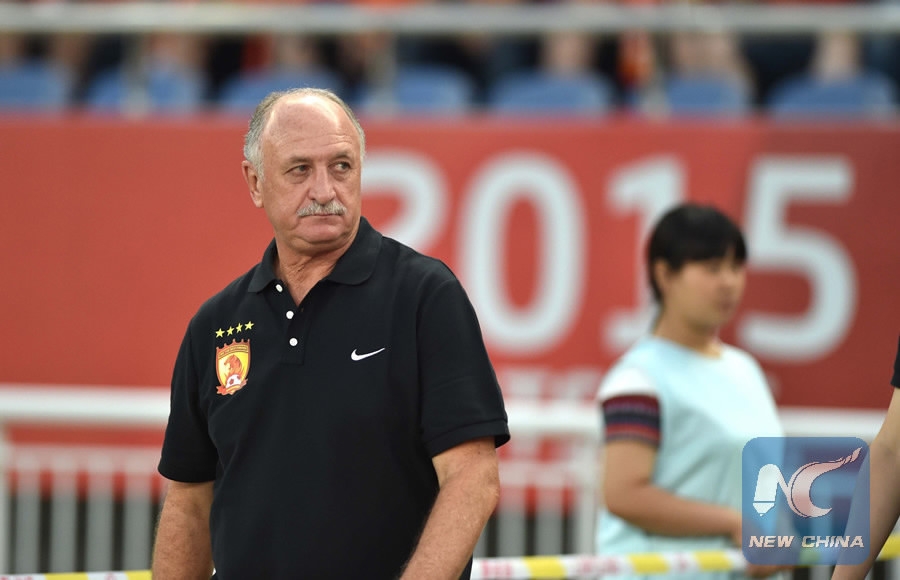 Compared to the managers who are staying around, Villas-Boas and Scolari come across as two men who will be able to find work in the sport if and when they want it in the future. Tianjin Teda’s Uli Stielike, for example, whose biggest claim to fame before managing in the CSL was an EAFF East Asian Cup win for the South Korean national side, may not have too many options.
Unlike the managers, who are tight lipped about their reasons for leaving, the players have been vocal. As reported earlier, Carlos Tevez and Oscar have vastly underperformed on the pitch and have had a difficult time settling in, and now that the season is over, it appears Tevez is done with Shanghai Shenhua as “The Very Homesick Boy” was in Argentina, trying to return to Boca Juniors according to L’Equipe, while his team won the Chinese FA Cup without him – and without needing him either. 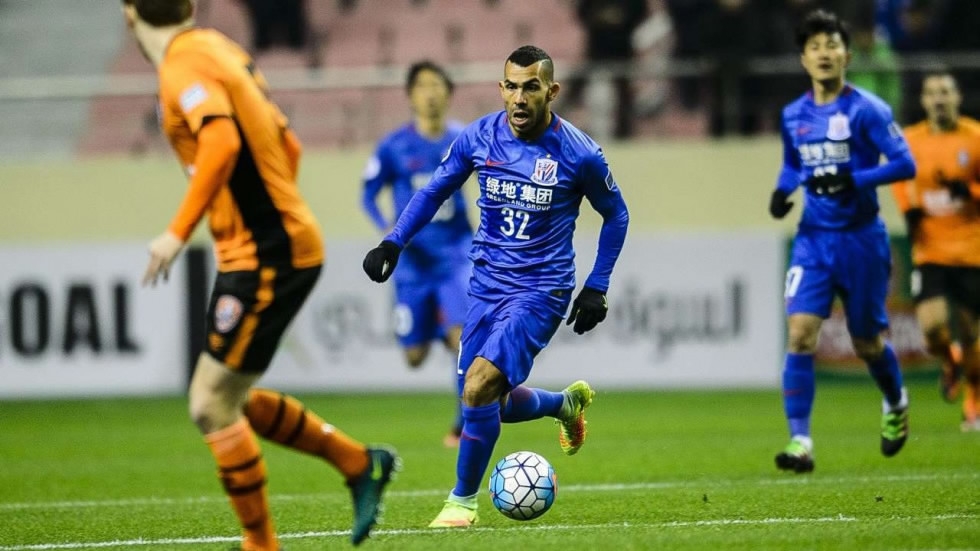 The performance of these big name internationals this year has called into question whether the players take the league seriously or see it as an easy payday, an idea further by Hulk’s comments upon revealing that he will be leaving Shanghai SIPG in the January transfer window: “I received one contact from the Premier League and quite a few others from other countries. I admire very much the Premier League and it is considered not by accident the best league in the world.” This was immediately followed by “Of course I follow (sic) it but I am happy here. I have almost three more years on my contract so I am happy here.” Which is to say that he is fine being the 12th highest paid football player in the world, with an annual income of 20 million US dollars per year, but would move to more prestigious leagues as soon as possible. 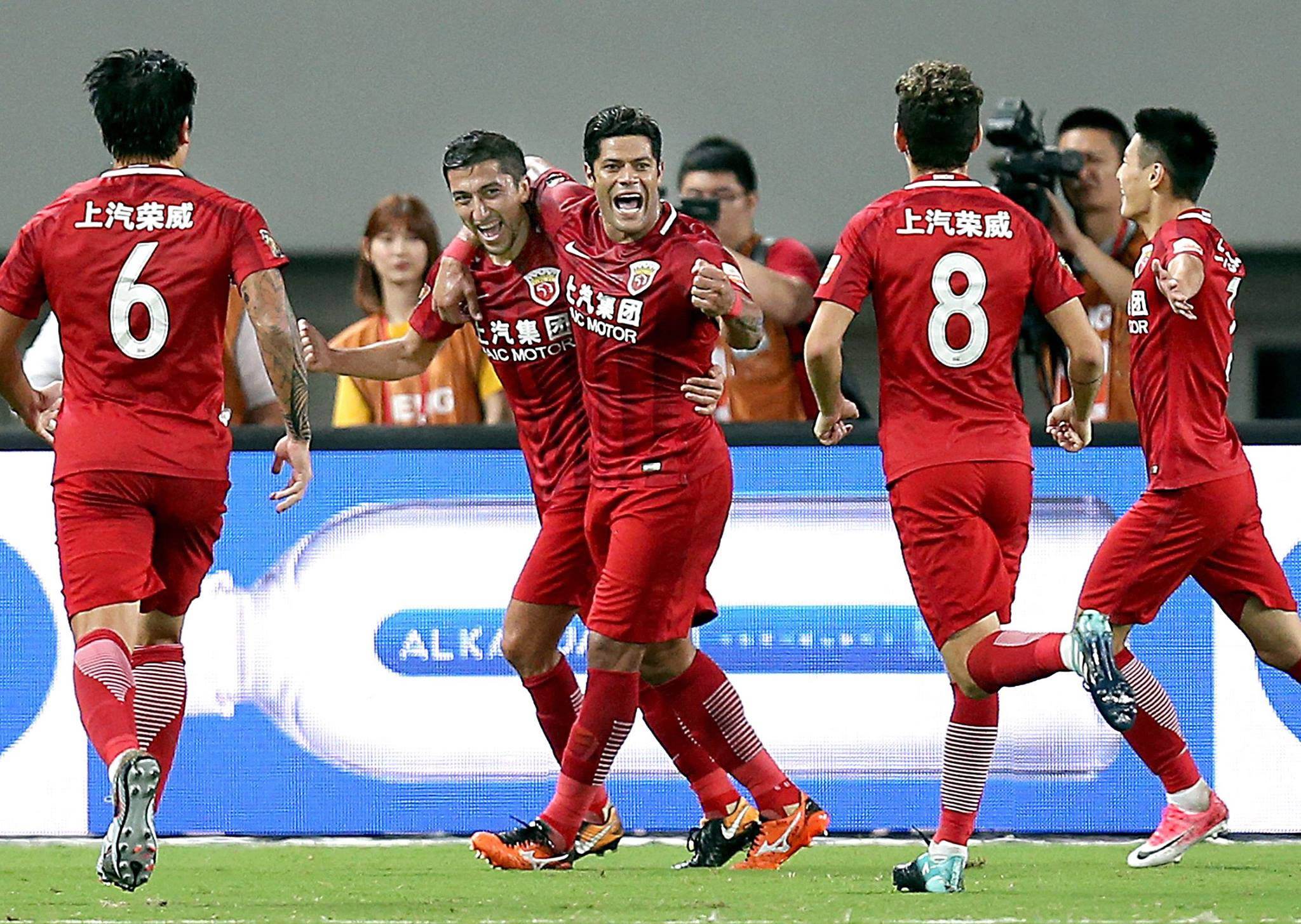 Hulk celebrates during SIPG's 6-1 against Shenhua in the 2017 Shanghai derby. /Xinhua Photo

Hulk celebrates during SIPG's 6-1 against Shenhua in the 2017 Shanghai derby. /Xinhua Photo

These stories may grab headlines in the west, and with all the money flowing around the league, it’s easy to forget that the CSL is still developing. It was only in 2004 that the CSL came into fruition and during its quick rise to prominence, mistakes have been made and learned and reforms are being put in place to allow the league to grow without being usurped by the bigger leagues and without allowing it to become a place where easy money is made.
Before the start of the 2017 season, the league implemented a 100% tax on any transfers involving foreign players, which should make sure teams only buy players who are determined to play at their best in China. Levied in the pre-2017 season transfer window, this tax money will go into a government fund to promote the development of Chinese youth players, which will be necessary to reach President Xi Jinping’s dream of China winning the FIFA World Cup by 2050. 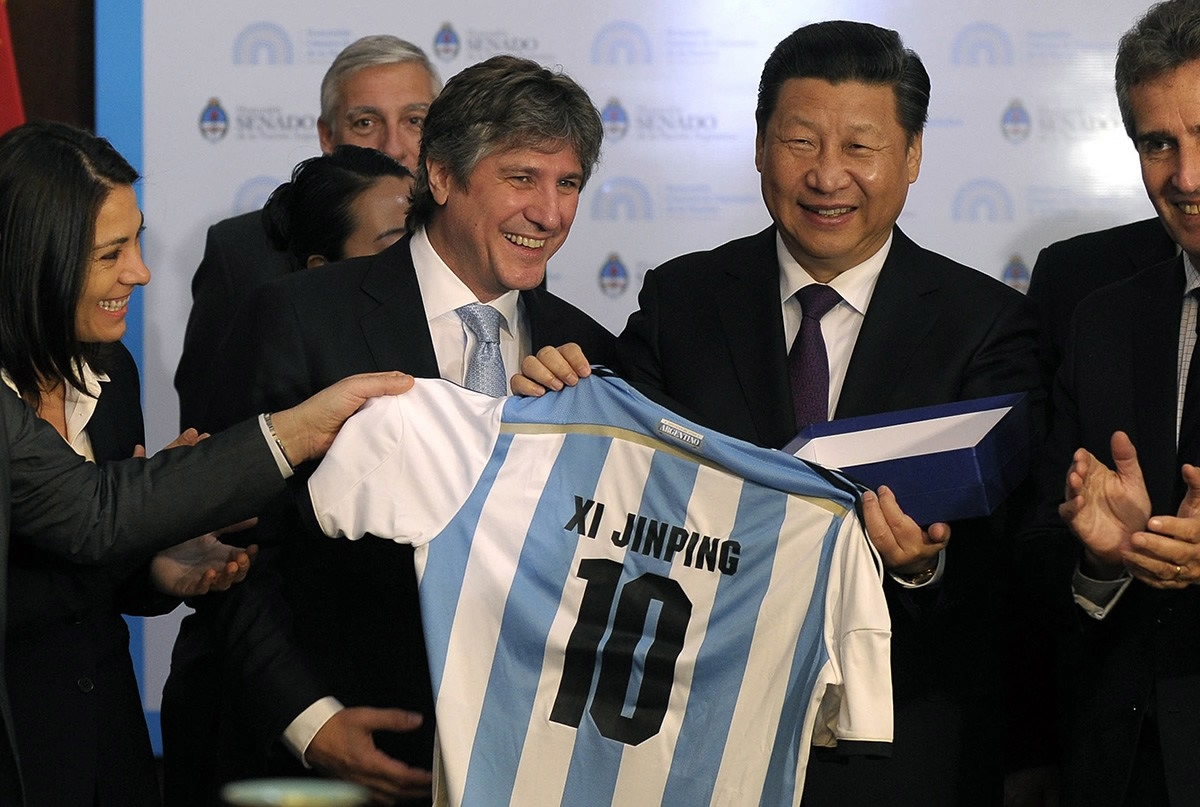 Xi Jinping awarded with a Messi jersey during a trip to Argentina. /Taylor Crystal Photo

Xi Jinping awarded with a Messi jersey during a trip to Argentina. /Taylor Crystal Photo

This came at the same time as new regulations limited teams to only having three foreign players eligible per game and two domestic players under 23 must be included in the starting squad, even if they don’t end up being picked or called on as a substitute. On the surface, this appears to be a move based in optics. Namely, preventing Chinese teams from becoming like their MLS equivalents which tend to be defined by their imports – LA Galaxy with David Beckham and Robbie Keane, NY City FC with David Villa and Andrea Pirlo – by forcing teams to prioritize their homegrown talent.
With this in mind, it may be good for the CSL to seem like a less attractive place for foreign players to move. Iceland’s recent surge in the European football rankings – going from second place to Hungary in the Euro 2016 group stage to beating England in the tournament’s Round of 16 to topping their World Cup 2018 qualifier group with seven wins – shows what is possible if a country focuses on its talented youngsters instead of superstar imports.