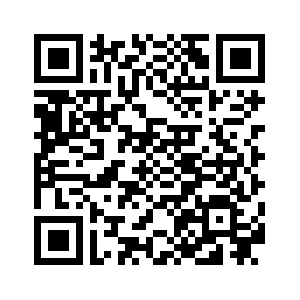 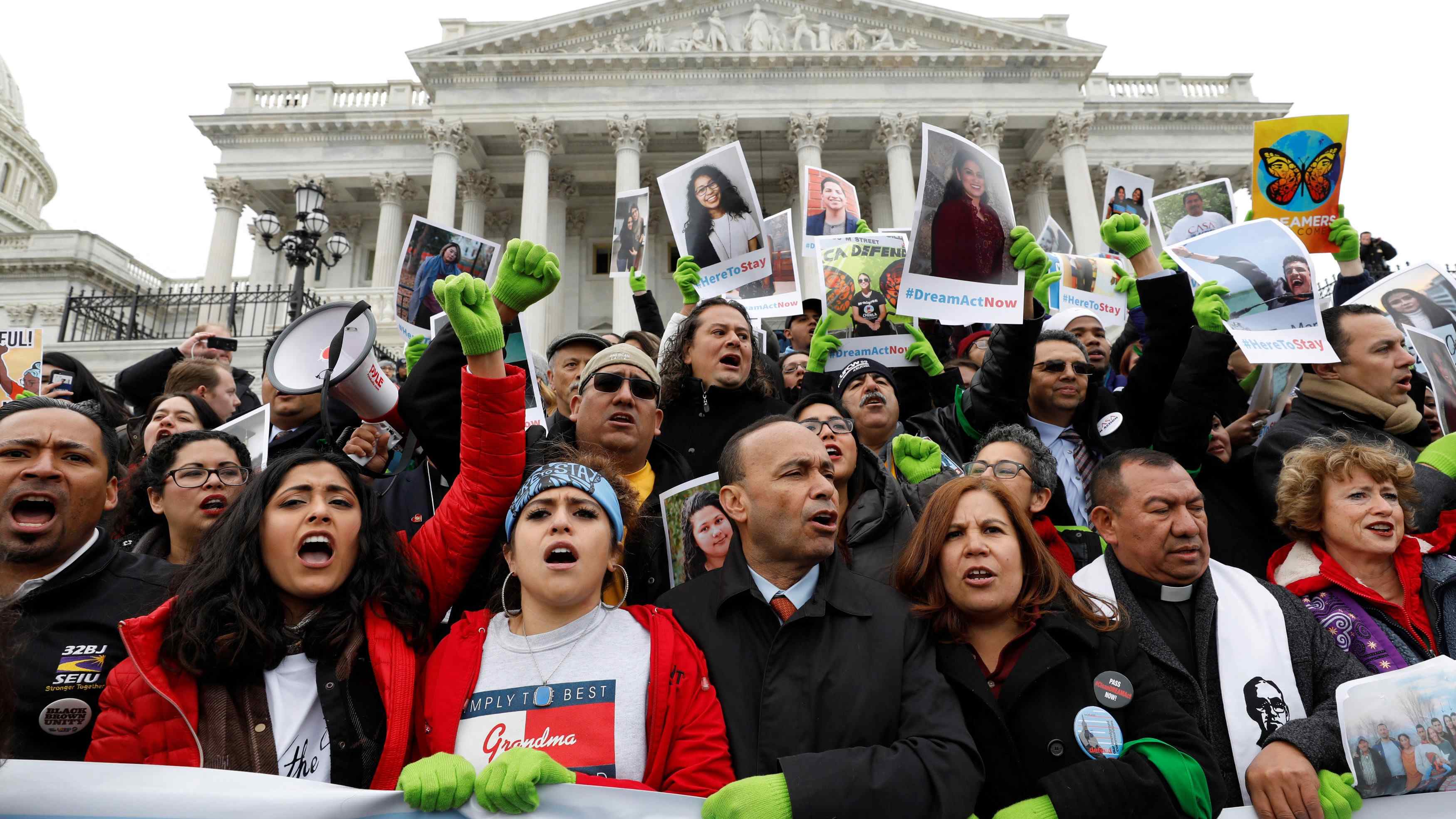 The US Congress reconvenes on Wednesday with battle lines sharply drawn ahead of midterm elections scheduled for November 1.
Here are nine issues to watch as the lawmakers get back to business in a year that could reshape Donald Trump’s presidency and swing the balance of power towards the Democrats.

Doug Jones, the newly-elected Democratic senator for Alabama, will be sworn in on Wednesday, narrowing the Republican majority to 51-49. 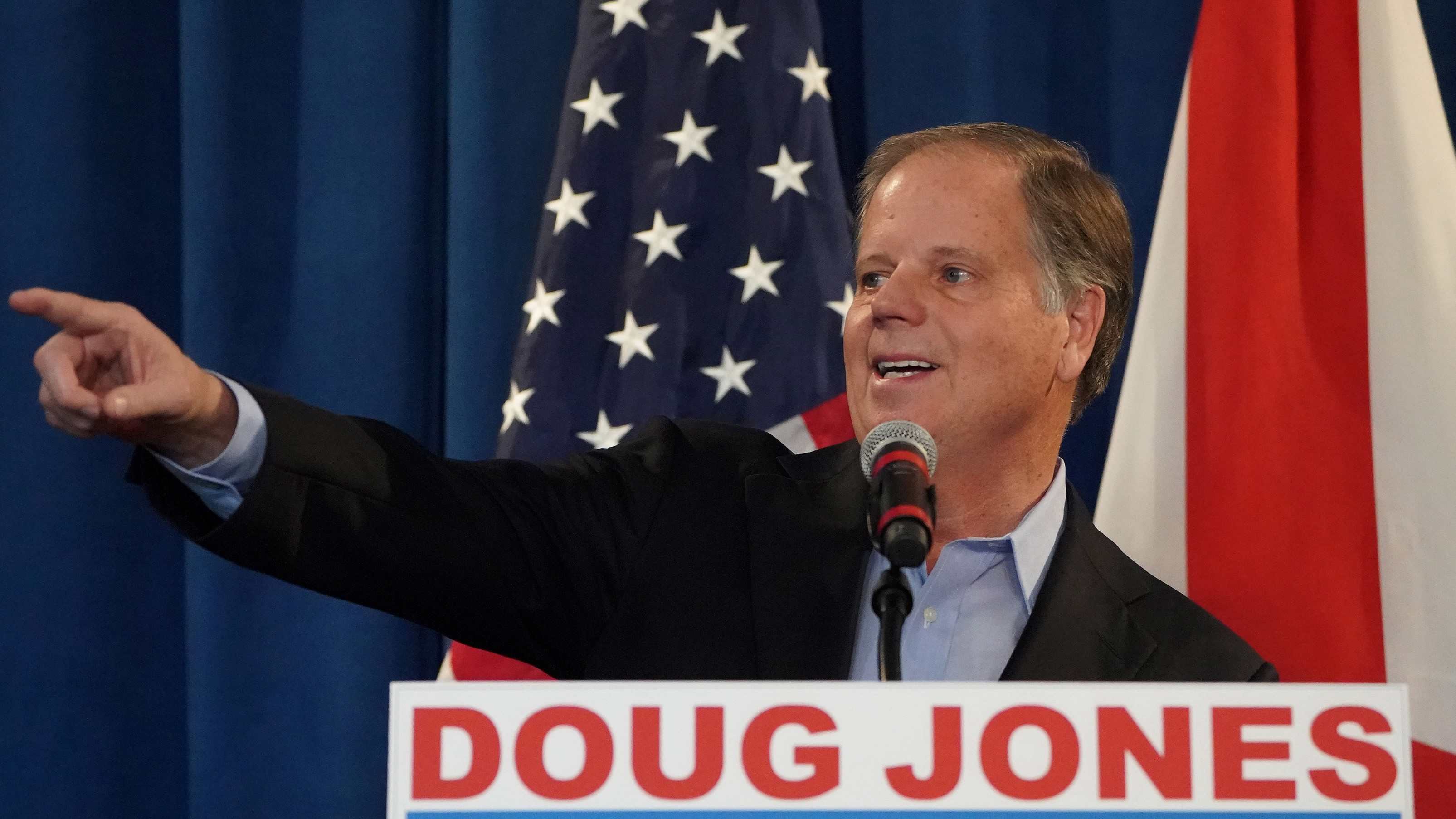 Republicans will only be able to afford to lose one vote when passing Trump nominees or legislation, while moderates Democrats will be boosted by the arrival of a respected centrist with a media profile.
John McCain, the veteran Republican senator from Arizona, will also be closely watched. The 2008 Republican presidential nominee and Trump critic is suffering from brain cancer, but is planning a return to the Senate in January.

November’s midterms will be the background to every political decision in 2018. Democrats are surging ahead in the FiveThirtyEight generic ballot, with a 12.6 percent advantage over the Republicans at the start of the year and strong momentum after Jones’ victory in Alabama and two gubernatorial successes.
Democrats need only 24 seats to win the House of Representatives and two to take the Senate, but they must defend 25 of the 33 Senate seats being contested. All 435 House seats are up for grabs, but a landslide would be necessary to overcome built-in Republican advantages, while 36 governorships will be battled over.

The Republican Party split – between establishment figures like Mitch McConnell and an anti-establishment wing represented by Steve Bannon – will play out in primaries ahead of the midterms.
After the stinging defeat for Bannon-backed candidate Roy Moore in December’s Alabama special election, his insurgent candidates may struggle for resources but could still create havoc in the Republican primaries. 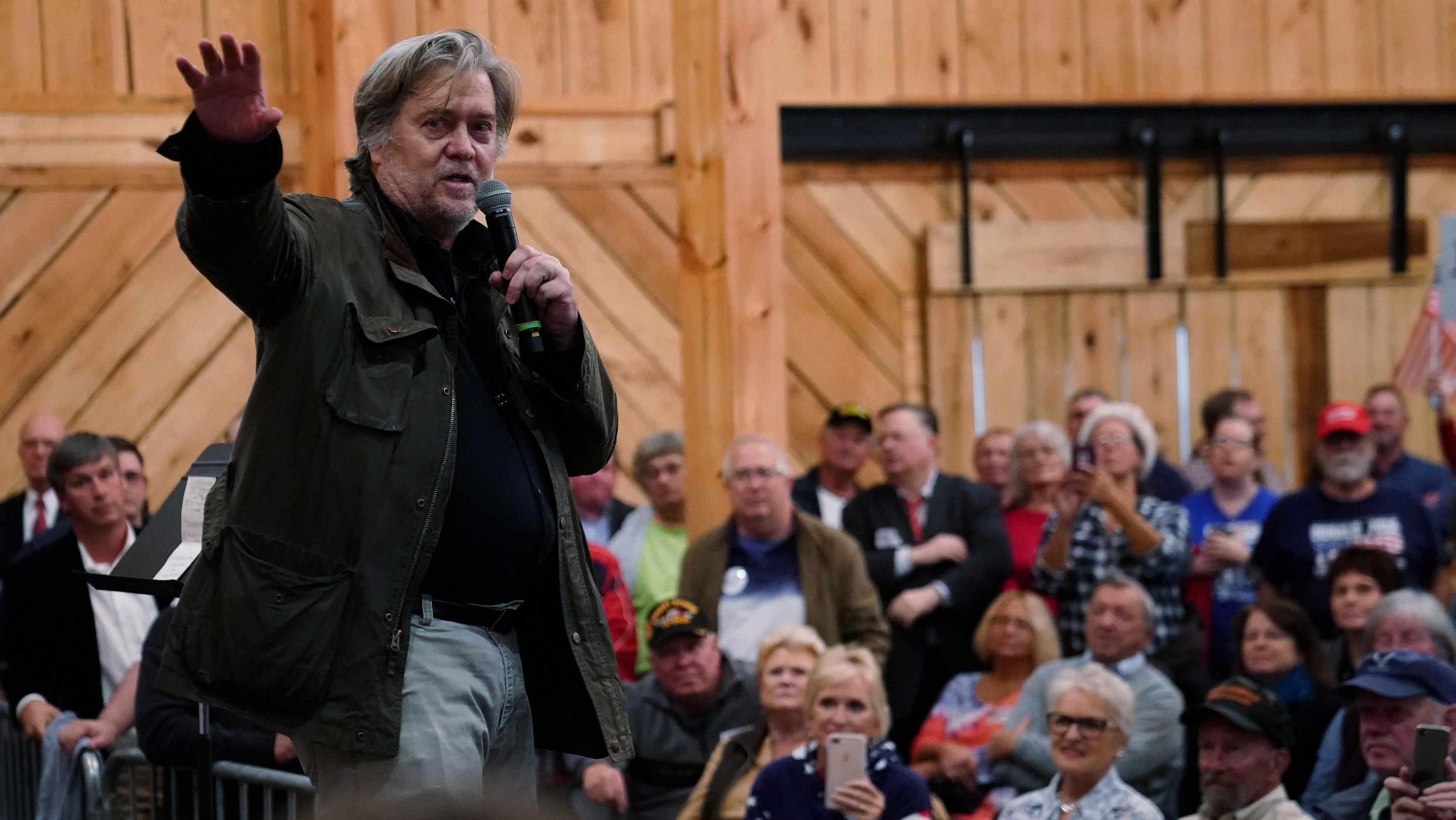 Although less high-profile, the Democrats are also divided between moderates and a more radical wing led by Bernie Sanders.

Bipartisanship polls well, and there are some issues where both sides could be able to claim a win – such as infrastructure spending – if compromises can be reached.
There is consensus on the need for infrastructure investment, and both Republicans and Democrats are likely to trumpet their plans for it over the coming months. The proposals don’t align, however, and getting a compromise bill passed will be a tough task.
Limited immigration reform and changes to banking regulations could also receive joint support.

One issue of broad bipartisan agreement is that the Dreamers – the almost 700,000 immigrants brought to the US illegally as children – must be supported. However, while there is consensus on the goal, there is no agreement on how to achieve it.
In September 2017, Trump ended the Deferred Action for Child Arrivals (DACA) program enacted by former president Barack Obama, and gave Congress six months to come up with an alternative. DACA allowed the Dreamers' eligibility for a work permit, but if it the legislation expires on March 5 without an alternative they will be forced underground. 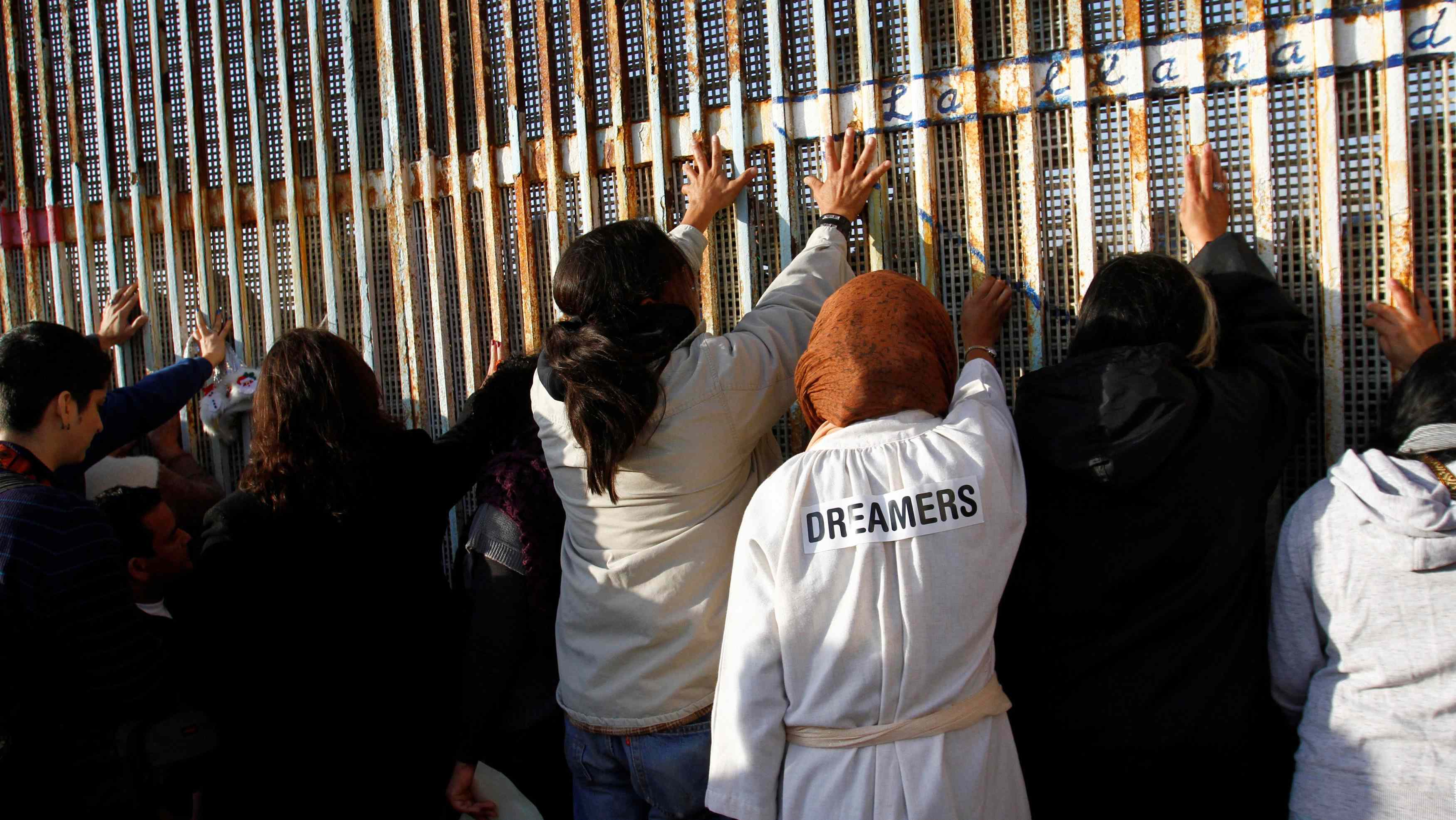 Dreamers stand near the double steel fence that separates the US and Mexico at the border in Tijuana, Mexico, December 16, 2017. /Reuters Photo

Dreamers stand near the double steel fence that separates the US and Mexico at the border in Tijuana, Mexico, December 16, 2017. /Reuters Photo

While there is strong public support for the Dreamers, DACA is unpopular with Trump’s base. He has linked any deal with funding for a border wall with Mexico, an idea Democrats vehemently oppose.

Lawmakers must pass a federal budget by January 19 to avoid a government shutdown. The negotiations are likely to be linked to military spending, and the fate of the Dreamers.
There could also be a return to healthcare reform after the scrapping of Obama mandate in December's tax bill, as well as attempts to reform welfare and food stamp policy.

Trump must decide by January 12 whether to continue waiving US sanctions on Iran's oil exports under the terms of the nuclear deal.
Later in January, the president will again have to decide whether to certify that Iran is in compliance with the nuclear deal. The decisions may have been complicated by the ongoing protests in the Middle Eastern country.

The 2020 presidential election is 35 months away, but potential candidates are already staking out the ground and several may use their positions in Congress to promote their agendas. 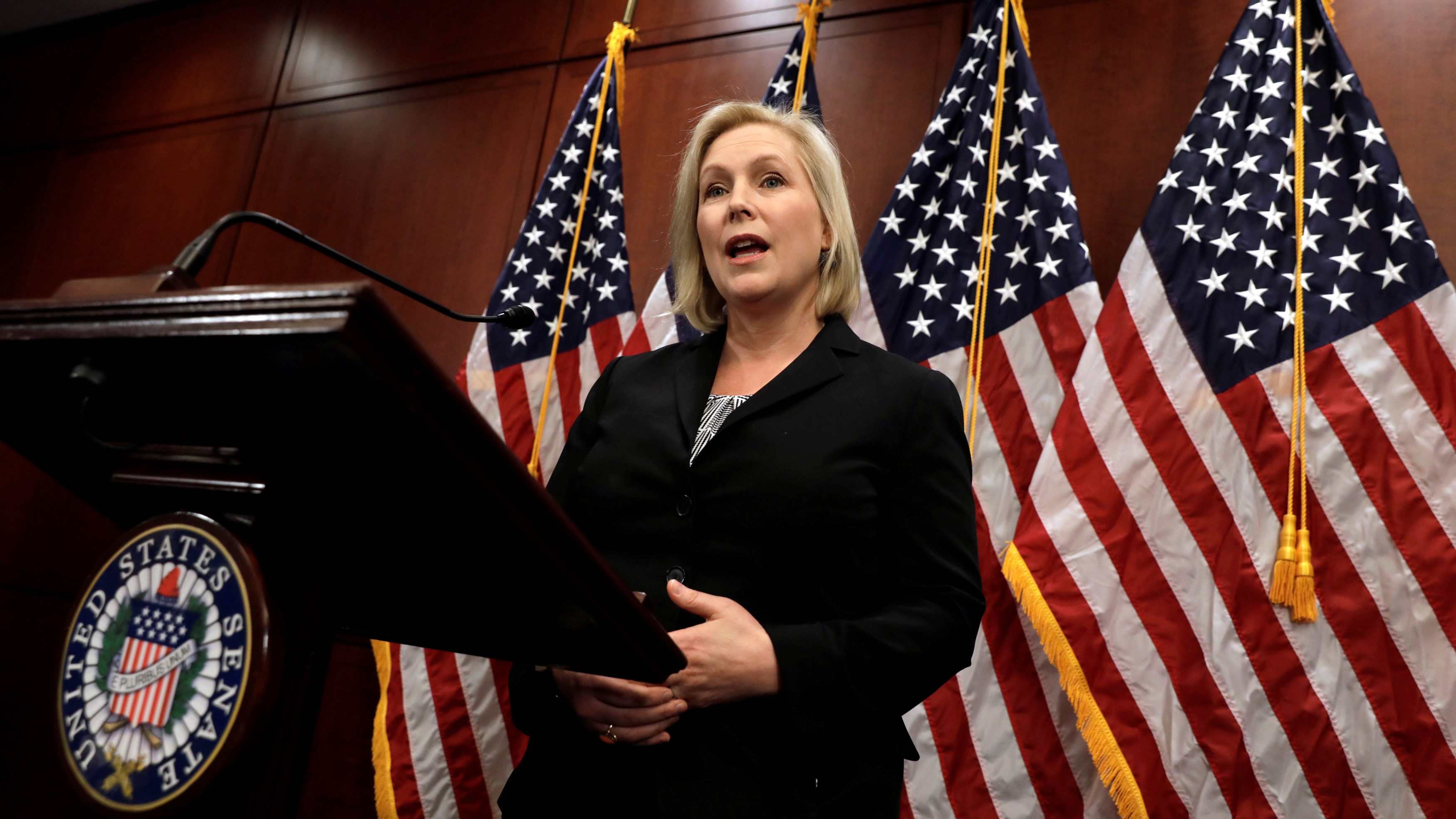 US Senator Kirsten Gillibrand speaks to the media on Capitol Hill in Washington, US, December 12, 2017. /Reuters Photo

US Senator Kirsten Gillibrand speaks to the media on Capitol Hill in Washington, US, December 12, 2017. /Reuters Photo

On the Democratic side, Senator Kirsten Gillibrand has been at the forefront of the #MeToo movement and Senator Kamala Harris will be hoping to build on the buzz that accompanied her election. Big names from the left, including senators Bernie Sanders and Elizabeth Warren, will also be active.
Any challenger to Trump is likely to come from outside Congress, although one fierce critic – Mitt Romney – is rumored to be considering a Senate run in Utah in November.

One House and two Senate investigations into alleged interference in the US election are ongoing, alongside the more wide-ranging probe headed by Special Counsel Robert Mueller.
The congressional inquiries – particularly the House probe – have been weighed down by partisanship. House Republicans are preparing to issue a final report saying that there is no real evidence of collusion, CNN has reported, while the Democrats claim not all avenues have been studied and could issue a rival report. There is no end in sight for the two investigations in the Senate.
There is also a deadline for sanctions to be applied on Russia in late January.
11158km