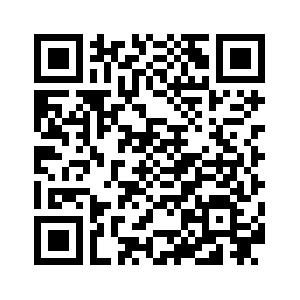 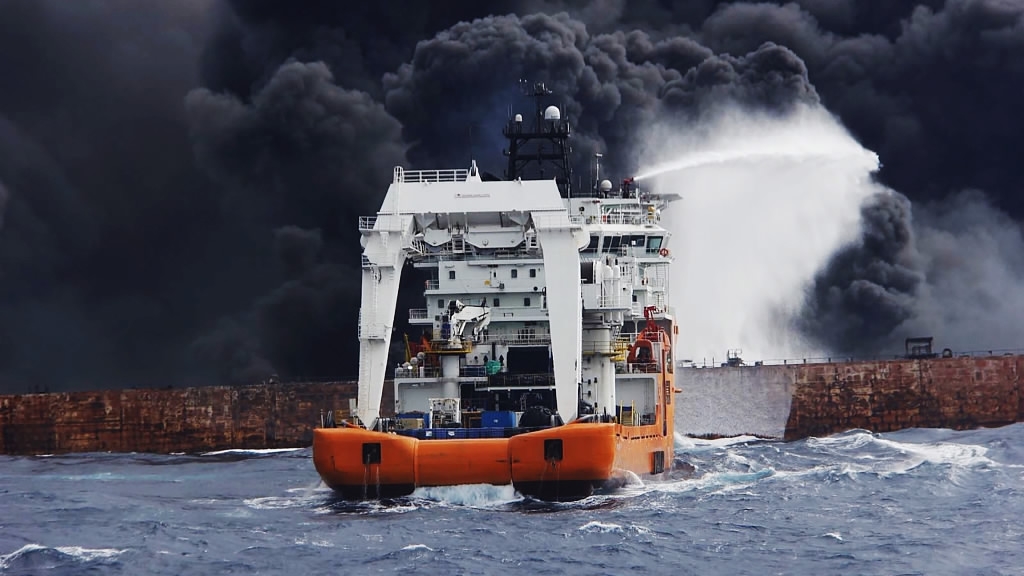 Carrying 136,000 tons of light crude oil from Iran, the oil tanker Sanchi has been burning for one week after its collision with a Chinese vessel CF Crystal in the East China Sea.
The oil tanker has been ablaze since it collided with the Hong Kong-registered bulk freighter, about 160 nautical miles east of the Yangtze River estuary in Shanghai on January 6.
As of Saturday, three bodies out of the 32 missing crew members as well as the tanker's data recorder have been recovered from the ship. 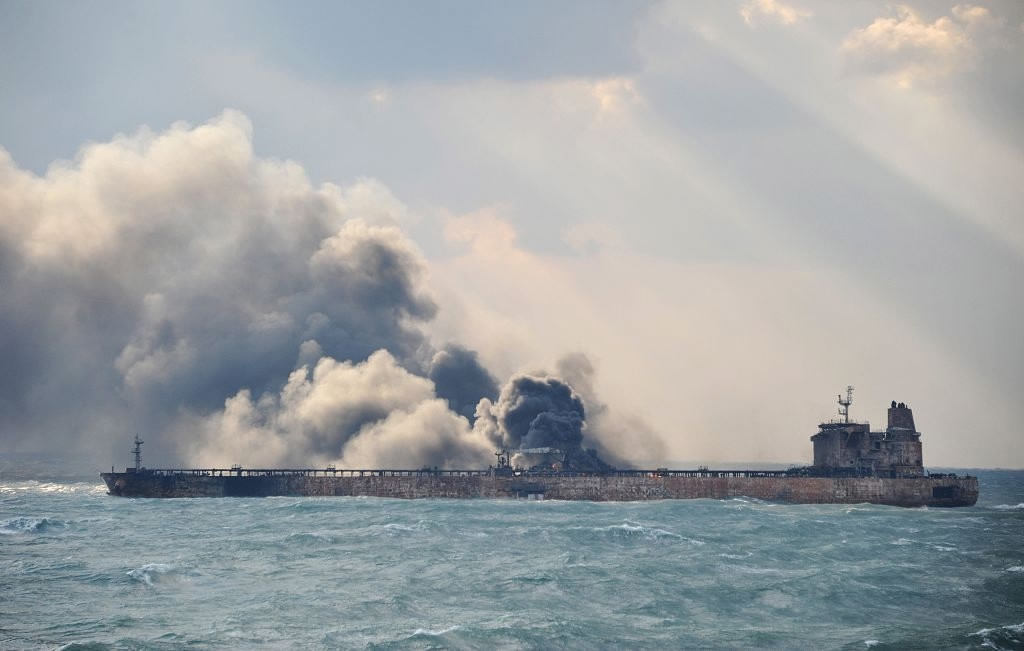 Smoke and flames come from the burning oil tanker "Sanchi" at sea off the coast of eastern China, January 9, 2018. /VCG Photo

Smoke and flames come from the burning oil tanker "Sanchi" at sea off the coast of eastern China, January 9, 2018. /VCG Photo

Ma Jun, director of the Institute of Public & Environmental Affairs, gave more details about the oil leakage in a Skype interview with CGTN.
Asked about the chemical features of the leaked oil and its hazard on human body and the environment, Ma said that the condensate oil was “highly volatile and flammable” which could release harmful toxins.
“When it is on fire, it will release toxin and has a bad impact on human beings. The oil leakage will also contaminate water and be toxic to aquatic organisms,” Ma added.
Given the current stage, containing its harmful effects was also discussed. Ma said due to the condensate oil’s high volatility and flammability, protecting the firefighter’s health is a must, but obviously “impedes a smooth fire control.”
In the current search and rescue, one priority was to “bring the fire under control.” Another one was to “prevent the tanker from exploding and sinking with a large volume of the condensate oil as it is hard to retrieve.”
“Retrieving leaked condensate oil is tougher than that of the crude oil,” he noted. 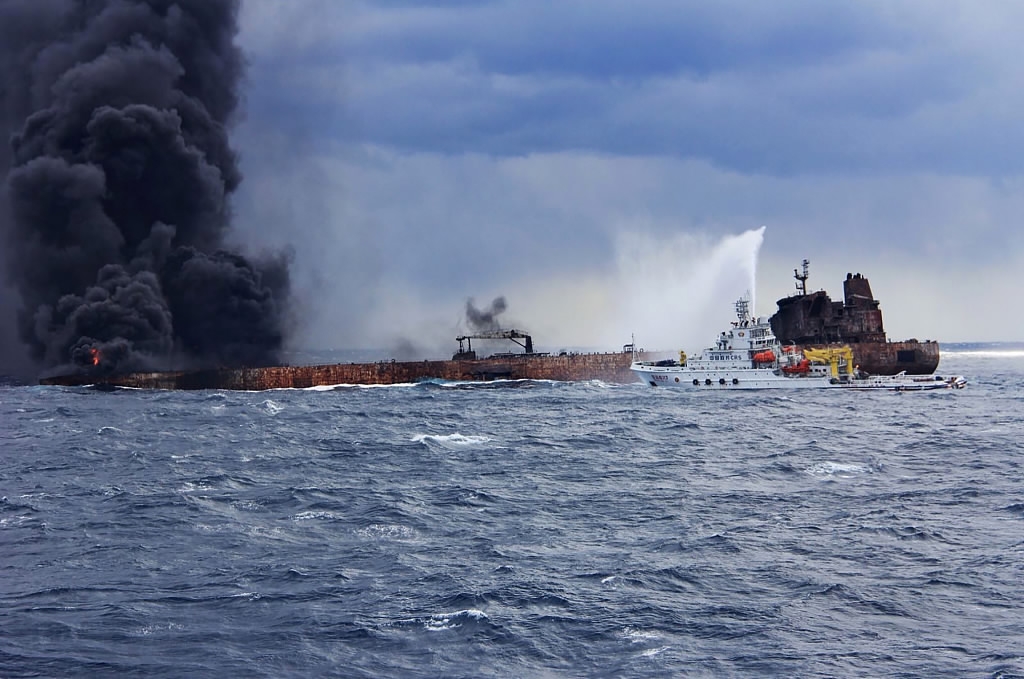 Lastly, Ma said the highly toxic oil  "may cause long-term adverse impact in the ocean environment."
“More importantly, the collision site is rather far away from the coast site, which could help limit its impact,” Ma said.
In the long run, Ma said that a monitoring mechanism should be installed to “keep an eye on how this contamination will be transferred to the ocean flow” especially its possible impact on Zhoushan fishing ground, the largest fishing area in China.