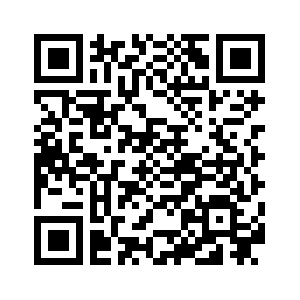 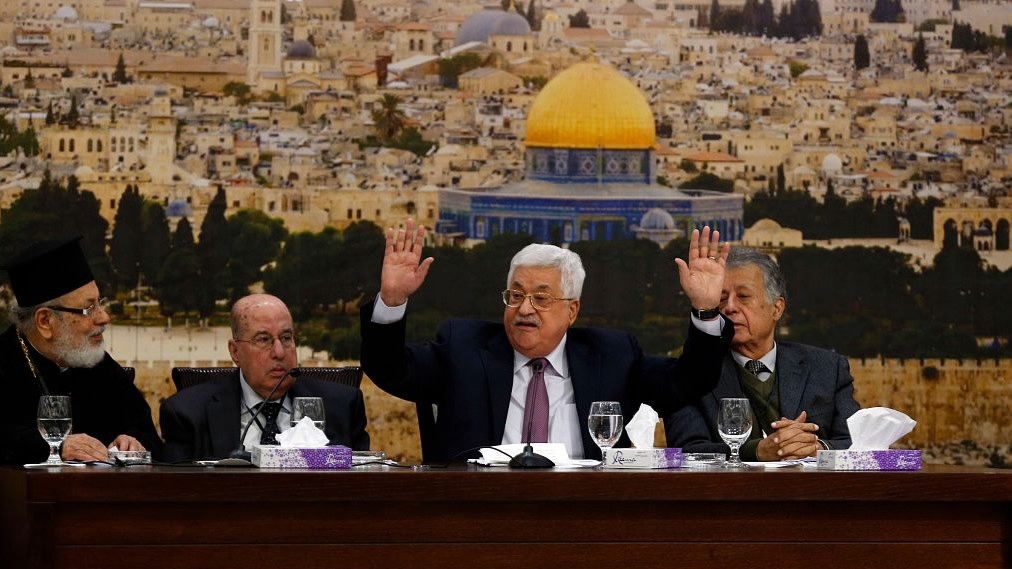 At a key meeting about the White House's declaration of Jerusalem as Israel's capital on Sunday, Palestinian leader Mahmoud Abbas denounced US President Donald Trump's peace efforts as the "slap of the century."
In a wide-ranging two-hour speech, Abbas reiterated he would not accept the Trump administration as a mediator in peace talks with Israel and called for an internationally-led process.
He also accused Israel of ending the 1994 Oslo peace accords that form the basis of Palestinian ties with the Jewish state, saying the Palestinians would study all strategies for responding to it.
Beyond that, Abbas attacked the US ambassadors to Israel and the United Nations (UN), David Friedman and Nikki Haley, calling them a "disgrace." 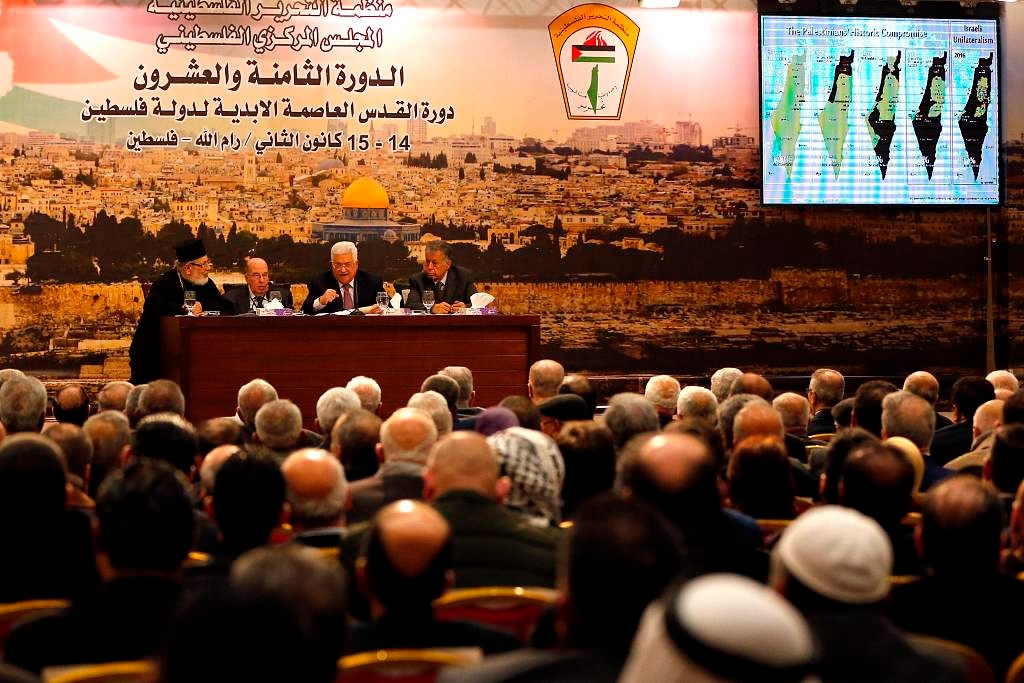 Palestinian President Mahmoud Abbas (3rd-L) speaks during a meeting in the West Bank city of Ramallah on Jan. 14, 2018. /VCG Photo

Palestinian President Mahmoud Abbas (3rd-L) speaks during a meeting in the West Bank city of Ramallah on Jan. 14, 2018. /VCG Photo

Both Trump appointees have been strong supporters of Israel, with Friedman having backed Jewish settlements in the occupied West Bank.
"We said 'no' to Trump, 'we will not accept your project,'" the Palestinian president said.
"The deal of the century is the slap of the century and we will not accept it," he added, referring to Trump's pledge to reach the "ultimate deal" – Israeli-Palestinian peace.
The meeting in Ramallah of the Palestinian Central Council – a high-ranking arm of the Palestine Liberation Organization – was called in the wake of Trump’s Dec. 6 recognition of Jerusalem as Israel’s capital.
The move has infuriated the Palestinians, who want the annexed eastern sector of the city as the capital of their future state. 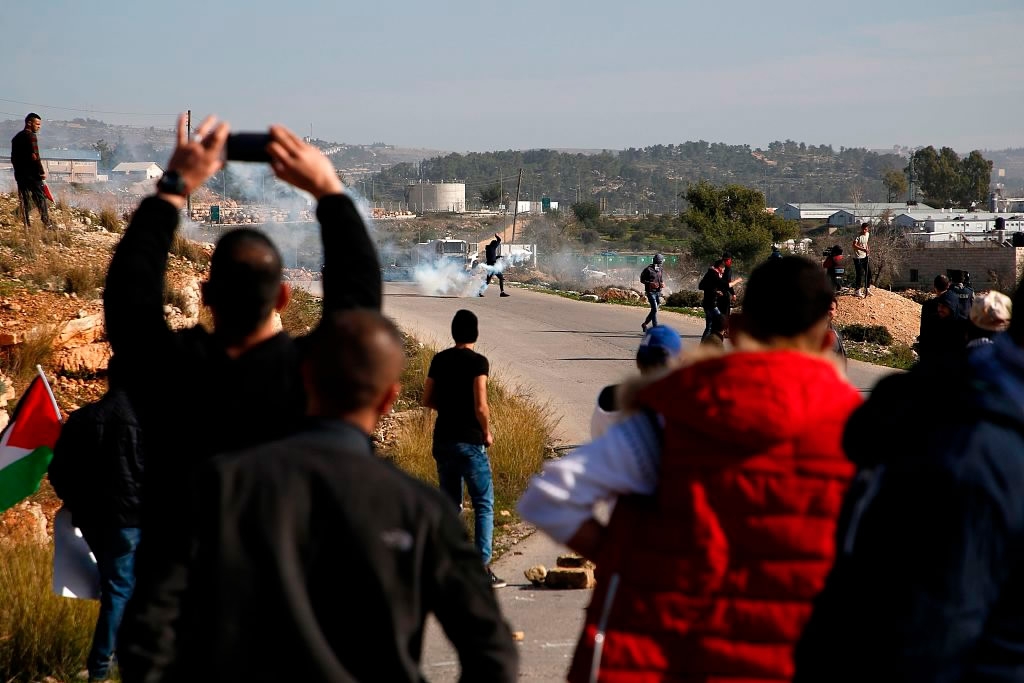 Prior to the declaration, Trump and his envoys, including senior adviser and son-in-law Jared Kushner, had spent months seeking to negotiate how to restart talks between Israel and the Palestinians, stalled since 2014.
But since Trump’s Jerusalem announcement, the Palestinians have refused to meet with the US administration, and Abbas is expected to shun Vice President Mike Pence when he visits the region next week.
In the buildup to the Central Council meeting on Sunday and Monday, Palestinian officials had stressed that all options were on the table for responding to Trump, including suspending the PLO's recognition of Israel.
Abbas did not mention recognition but said the Oslo accords that led to the creation of his Palestinian Authority and envisioned a final resolution to the conflict were in effect finished.
"I am saying that Oslo, there is no Oslo. Israel ended Oslo," he said, referring to persistent Israeli settlement building and other issues seen as eroding the possibility of a two-state solution to the conflict.
The 121-member council will meet Monday to discuss strategy for responding to Trump’s announcement, but Abbas offered few concrete policy proposals.
Source(s): AFP