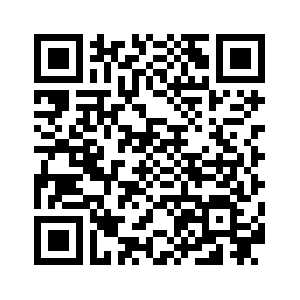 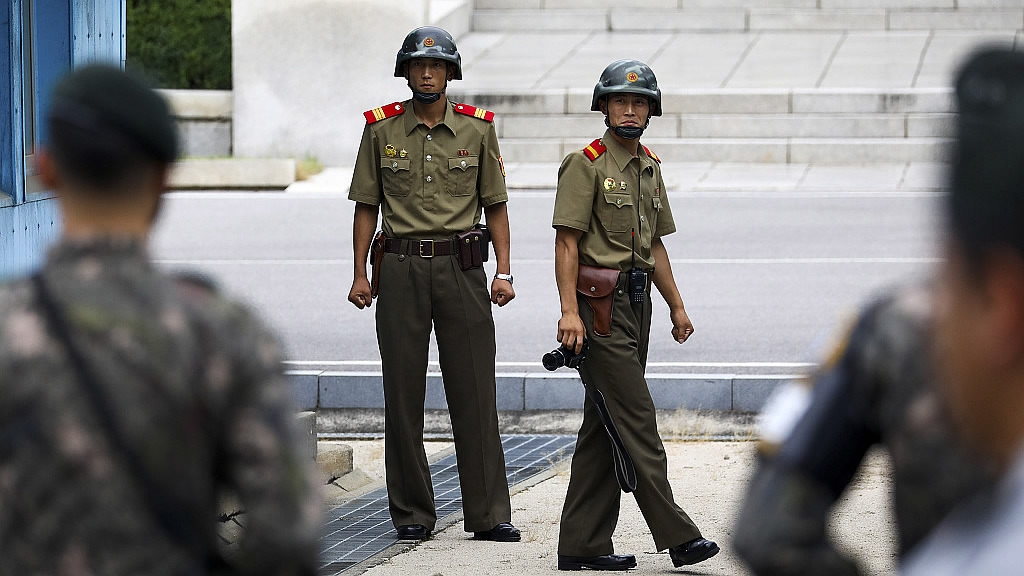 South Korean President Moon Jae-in on Tuesday welcomed Pyongyang's willingness to take part in next month's PyeongChang Winter Olympics, stressing that the Games should be a "turning point in improving South-North relations and promoting peace".
Moon made the remarks in response to the rare "olive branch" offered by Kim Jong Un, the leader of the Democratic People's Republic of Korea (DPRK). In his New Year address, Kim said he hopes the PyeongChang Olympics would be a success and indicated that the DPRK could send a delegation.
Moon, the first liberal South Korean president in nearly a decade, is keen on using Winter Olympics diplomacy to ease tensions on the Korean Peninsula, after a year marked by the DPRK's successive missile tests and bellicose threats between Kim and US President Donald Trump. 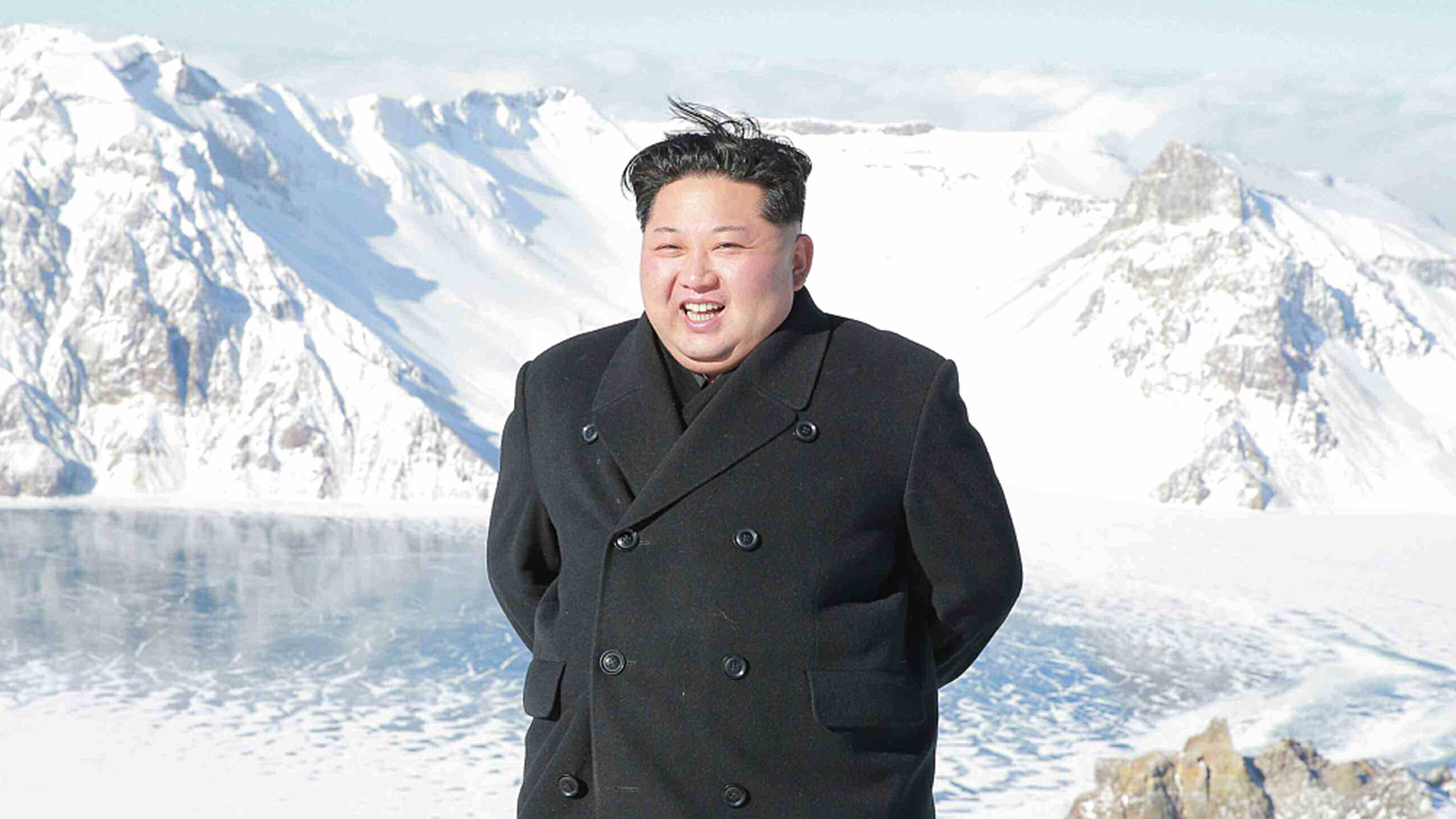 Seoul has proposed holding a high-level dialogue with Pyongyang on January 9 at the truce village of Panmunjom, South Korea's Unification Minister Cho Myoung-gyon told a media conference on Tuesday.
China, which has been calling for a peaceful resolution to the DPRK nuclear crisis through dialogue and negotiation, also expressed its support to the "positive signals" between Pyongyang and Seoul.
However, as Trump urges maximum pressure on Pyongyang, some analysts cautioned that South Korea's eagerness to reconcile with the DPRK could damage its alliance with the United States. 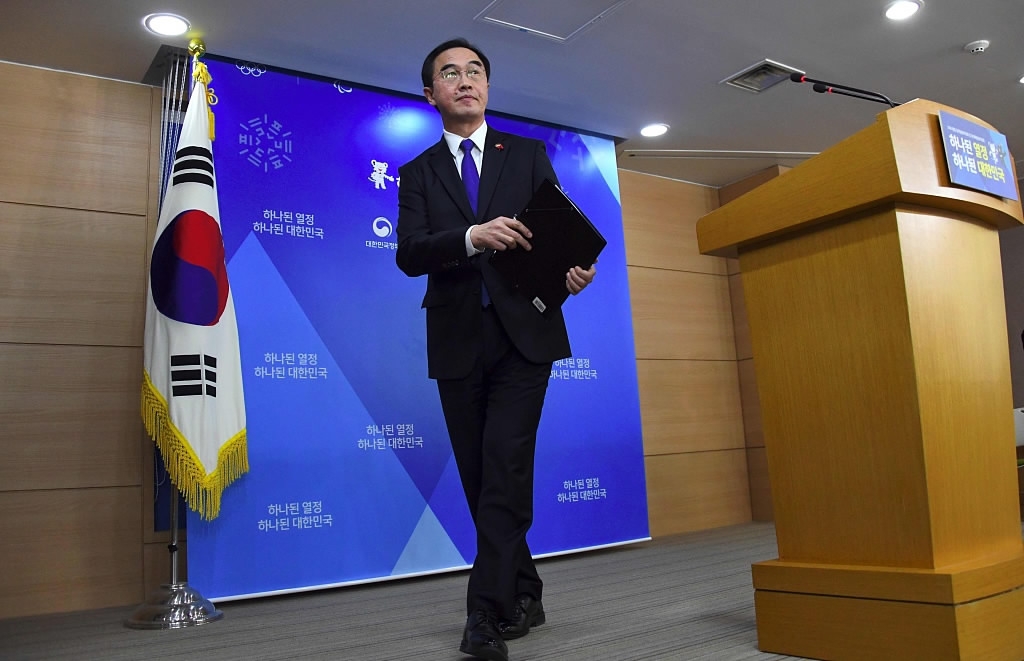 In his New Year address on Monday, the DPRK leader, while highlighting that he has a "nuclear button" on his office desk, called for lower military tensions and expressed his willingness to participate in the 2018 Winter Olympics in South Korea.
"The Winter Games to be held in South Korea will be a good occasion for the country," Kim said. "We sincerely hope that the Winter Olympics will be a success."
He added that the DPRK is prepared to "take various steps, including the dispatch of the delegation."
South Korea immediately welcomed the comments.
Lee Hee-beom, head of the organizing committee for PyeongChang 2018, said it was a "positive sign" that the DPRK showed its willingness to take part in the event, hailing the gesture a "gift on New Year's Day." 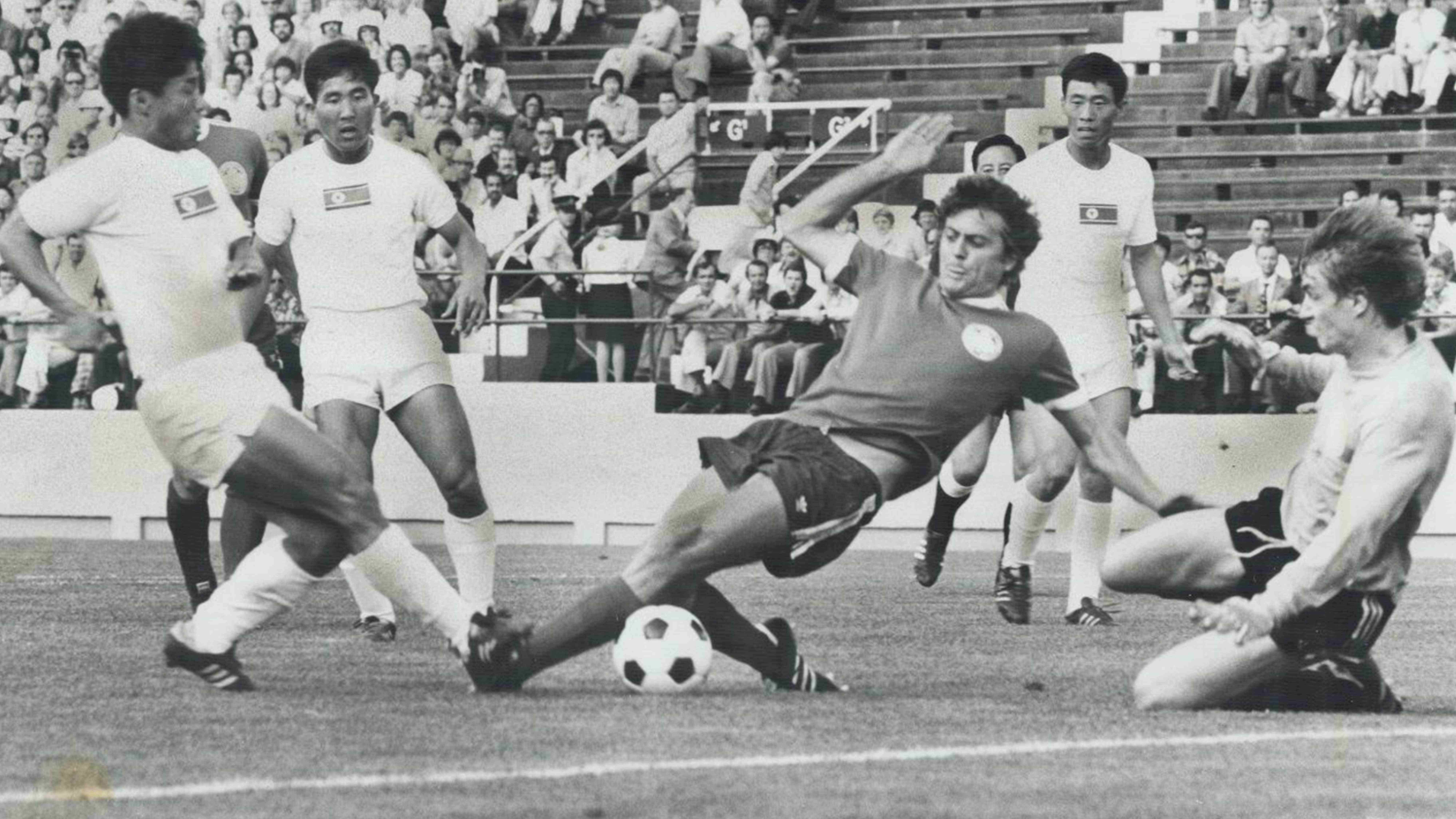 "I appreciate and welcome the North's positive response to our proposal that the PyeongChang Olympics should be used as a turning point in improving South-North relations and promoting peace," Moon said, instructing his cabinet to act swiftly to arrange talks with Pyongyang.
Geng Shuang, a spokesman of the Chinese Foreign Ministry, called DPRK's willingness to send a delegation to PyeongChang a "good thing."
"China welcomes and supports such a turning point – where both sides improve their relations, promote to ease the Korean Peninsula tensions, and make efforts to realize denuclearization on the peninsula," he said at a regular press conference on Tuesday.
Yang Moo-jin, a professor at Seoul-based University of North Korean Studies, believes it is as an "opportunity for situations on the Korean Peninsula to transition from a state of tension to a state of dialogue."
The DPRK leader did not attach "any major conditions" when expressing the willingness to take part in the PyeongChang Games, Yang told CGTN. 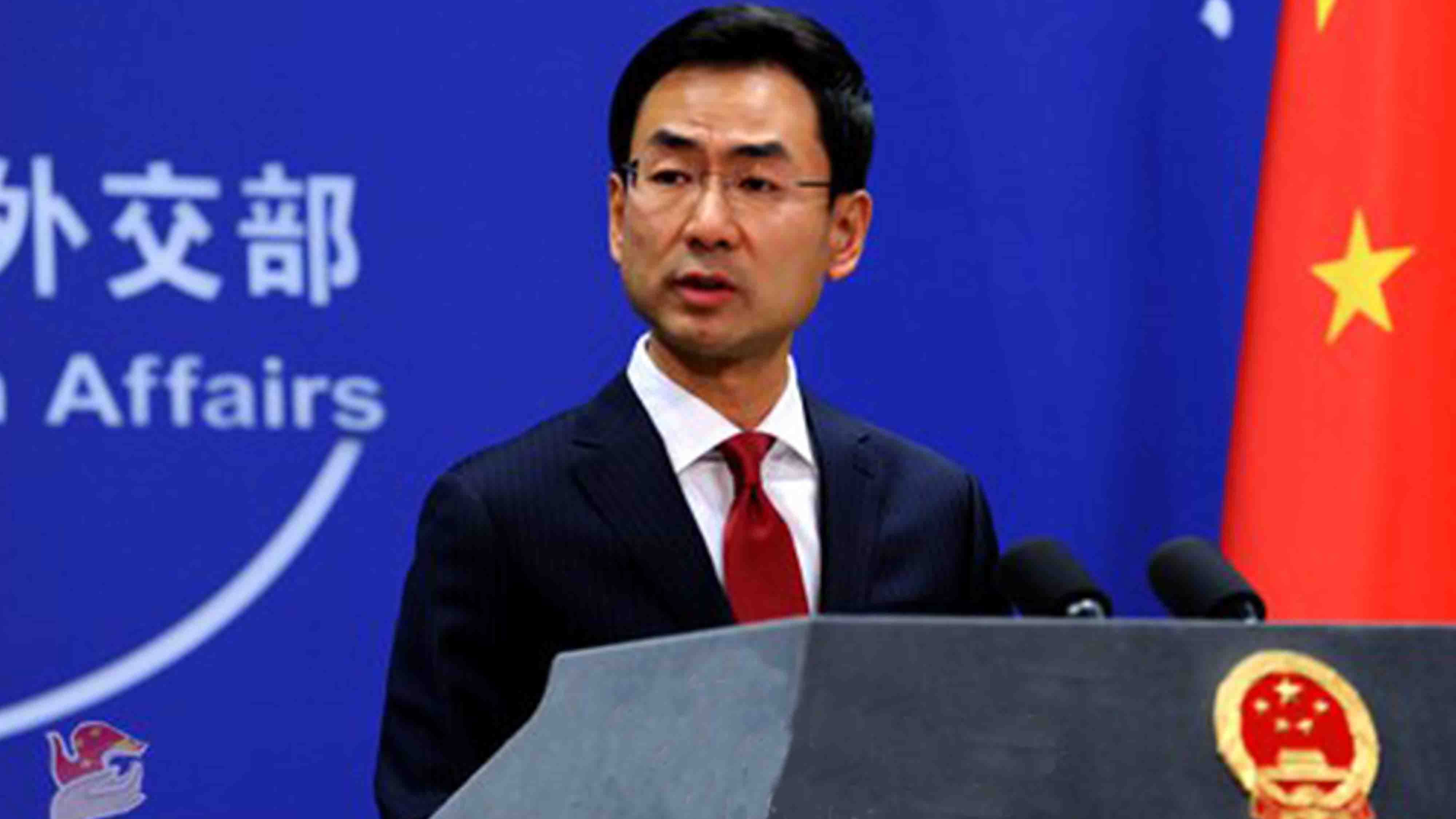 'DPRK can afford to show self-restraint'

The missile and nuclear weapons programs of the DPRK have advanced significantly over recent years. In 2017, it conducted its sixth nuclear test, which it claimed to be a hydrogen bomb. It also tested intercontinental ballistic missiles (ICBMs) that it says capable of hitting the US mainland.
With increased nuclear deterrent, the DPRK can now "afford" to show some self-restraint, said Zhao Tong, a fellow at Carnegie-Tsinghua Center for Global Policy.
After conducting the Hwasung-15 ICBM test on November 29, the DPRK "has obtained the technical capability to possess a strategic nuclear deterrent," he told CGTN, noting that Pyongyang can afford not to conduct further ICBM tests.
"In other words, North Korea (the DPRK) can exercise some self-restraint," he added.
In Zhao's view, Kim wants to take the opportunity of the Winter Olympic Games to "improve ties with South Korea." 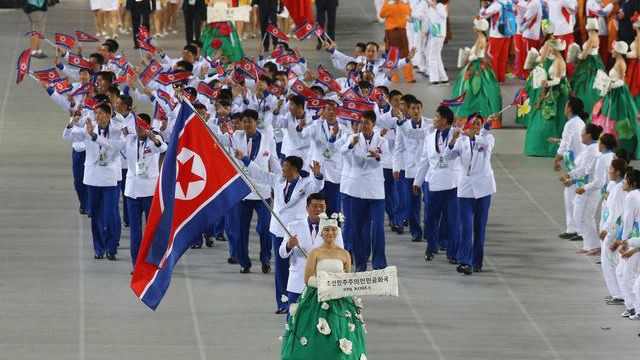 Some Western analysts suspect Kim is attempting to drive a wedge between Moon and Trump. The US president refuses to rule out a military solution to the DPRK issue, whereas Moon insists that South Korea would never allow a war to occur on the peninsula. The DPRK leader seemed to be exploiting the difference between the two allies.
Evans Revere, a former senior US diplomat who took part in unofficial talks with DPRK officials last year, disagrees that Kim has made an unconditional offer to "engage with others, including the United States," the Guardian reported.
Kim would only talk with other countries if they accepted the DPRK's "permanent nuclear status," he added. "That's not a basis on which the United States is prepared to engage." 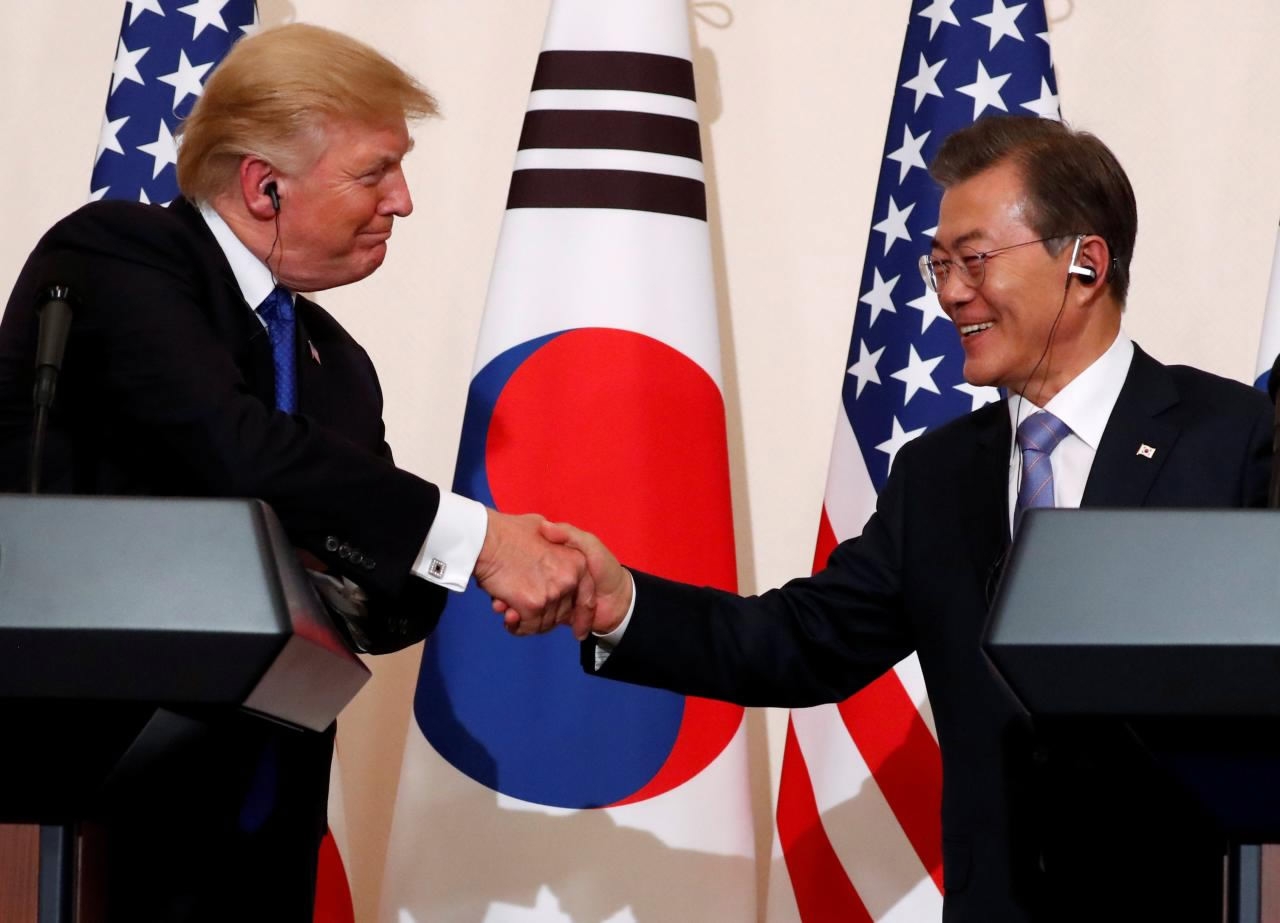 In an apparent response to the recent exchanges between Pyongyang and Seoul, Trump tweeted on Tuesday: "Sanctions and 'other' pressures are beginning to have a big impact on North Korea (the DPRK). Soldiers are dangerously fleeing to South Korea. Rocket man (Kim Jong Un) now wants to talk to South Korea for first time. Perhaps that is good news, perhaps not – we will see!"
With both Kim's intention and Trump's attitude far from clear, there are still lots of uncertainties regarding the situation on the Korean Peninsula in 2018.