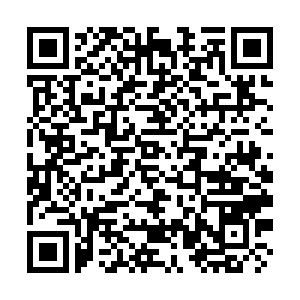 A coalition of opposition groups including Kurds and Republicans are joining forces ahead of a crucial election, which analysts predict may deliver the biggest political upset in Turkey in decades.

The initial poll in March to choose a new mayor to govern Istanbul, Turkey's largest city, secured a victory for the opposition Republican People's Party (CHP), but on a margin of just 14,000 votes.

CHP candidate Ekrem Imamoglu's campaign was boosted by tactical voting from Kurds and other minorities seeking to oust the ruling Justice and Development Party (AKP). Imamoglu was in office for just 19 days until Turkey's Supreme Election Council annulled the result after claims by the AKP of irregularities at polling stations.

Now with the controversial re-run just days away, the Kurdish vote has been described as the "golden key" at the forthcoming ballot and CHP, Turkey's oldest political party, is now considering a series of concessionary reforms that could allow for the teaching of the Kurdish language in Istanbul's public schools for the first time. 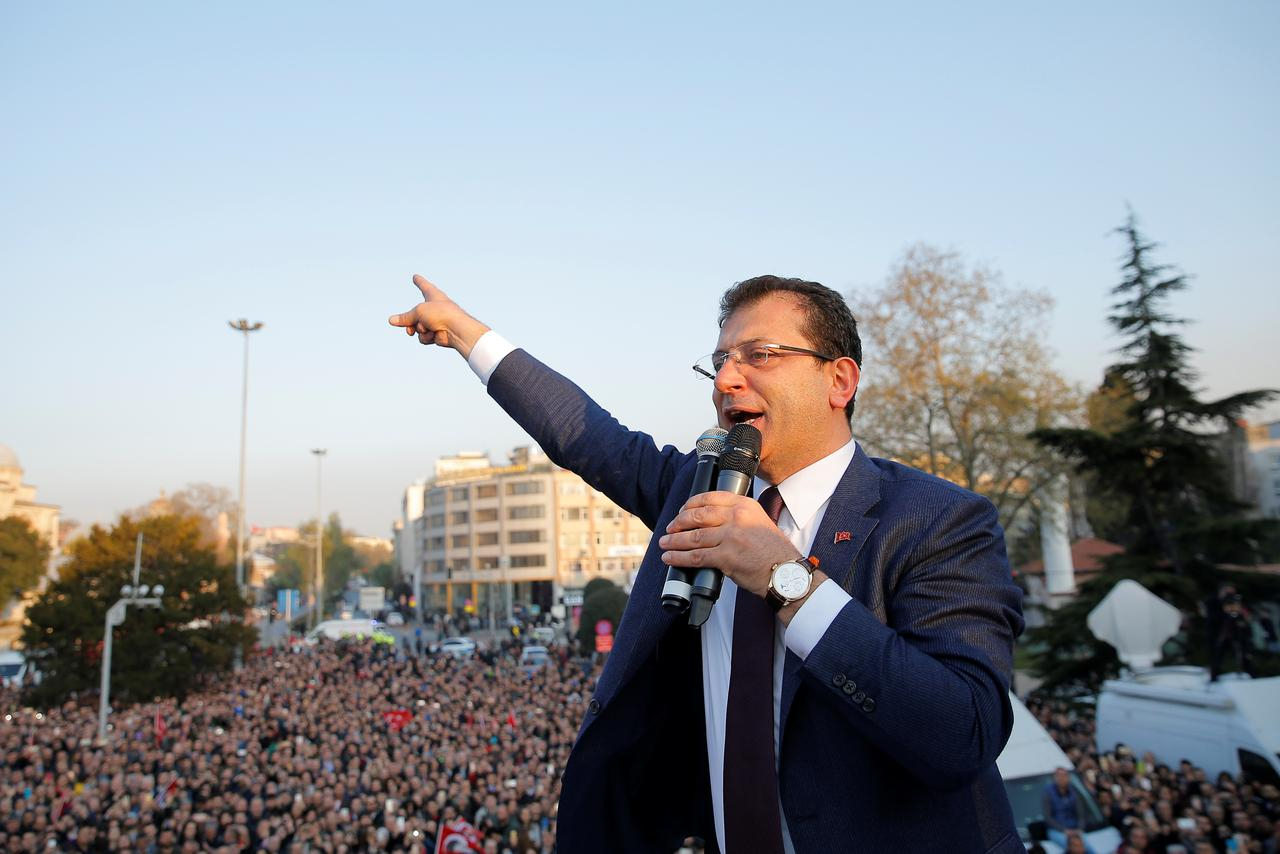 The vote in the mayoral election on March 31 collapsed in confusion, amid a news blackout over exit poll results, with both the CHP and the AKP candidate former prime minister Binali Yildirim claiming victory.

Ahead of voting, Turkey's pro-Kurdish People's Democratic Party (HDP), which has seen its relations with the ruling AKP deteriorate over the war in Syria and a renewal of the armed conflict in the Kurdish majority southeast of the country, took the radical step of withdrawing its own candidates from the mayoral race in Istanbul and in six other cities. Instead it urged its supporters to vote CHP.

Research by the Ankara-based economic think tank TEPAV suggests around 80 percent of the HDP supporters, close to a million voters, switched sides accordingly.

Now in a second round in which every vote counts, the Kemalist CHP appears to be shifting position on its historical antipathy towards the issue of Kurdish rights.

Imamoglu has told a Kurdish news channel "Kurdish language and songs are a part of Turkey's societal unity." While the veteran leader of the CHP, Kemal Kilicdaroglu, similarly told Turkish television that learning and receiving education in mother tongue is an individual's "essential right."

In a move that surprised many Kurds, CHP members also spoke out against the result of mayoral elections in the southeast of Turkey, where successful HDP candidates in five districts were removed from office and replaced with AKP runners up. While last year, former CHP presidential candidate Muharrem Ince visited the HDP co-chair Selahattin Demirtas at his prison cell in Edirne, where Demirtas is serving a four-year term over the party's alleged links to the outlawed Kurdistan Workers Party (PKK). 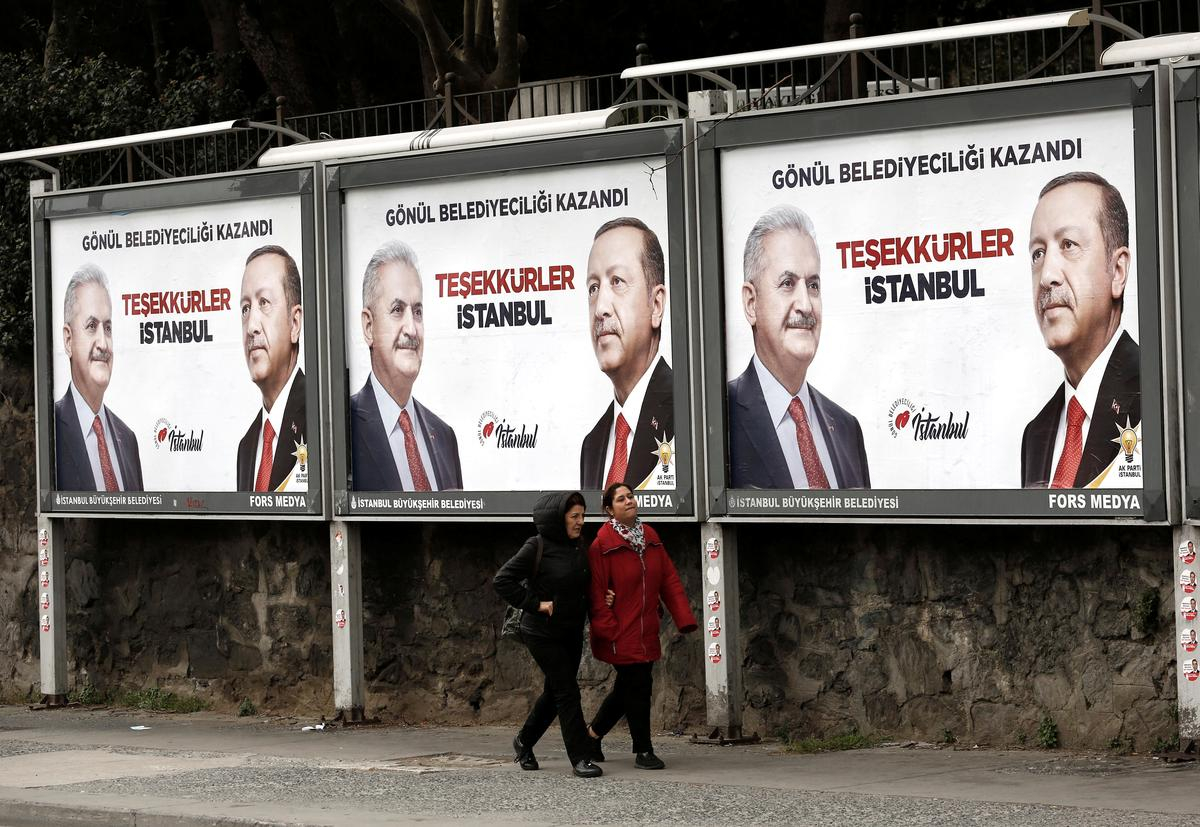 This new conciliatory tone from Republicans has been cautiously welcomed by Kurdish voters. Mutlu Civiroglu, a Washington D.C.-based Kurdish affairs analyst, says ideologically the two political parties have much in common. "By nature CHP is (HDP's) closest partner, but because of the disagreements over the Kurdish question, they have always distanced themselves. But now both sides feel equally victimized by the government and the Kurdish vote has the power of change."

Istanbul-based analyst Gareth Jenkins describes the current coalition as a marriage of convenience in the harsher political climate. "There is a sense that the HDP is being squeezed out of the political space completely, that the Kurds can't get their message across any other way."

He cautions "CHP has always been seen as the main suppressors of Kurdish identity...the party still has a long way to go to convince the Kurds that it has changed. They don't just have to win the trust of Kurds, they also have to persuade them to go out to vote." 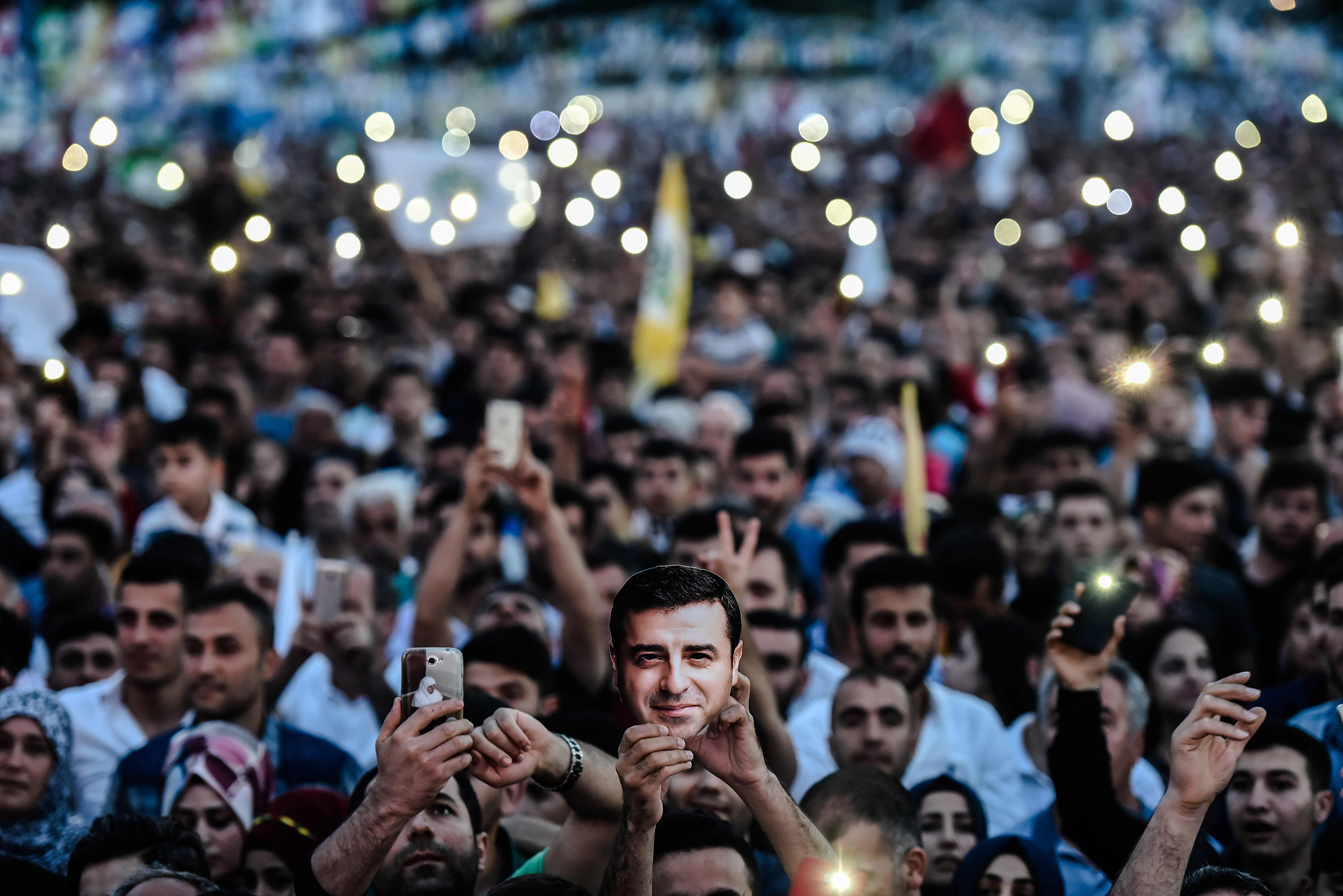 Others in the Kurdish movement see HDP's endorsement of the Republicans as a leap of faith that may not pay off. They point out that it was CHP parliamentarians voting in favour of AKP legislation to lift immunity from prosecution for lawmakers that led to the jailing of Demirtas and his party colleagues.

Ibrahim Dogus of the London-based Centre for Turkey Studies says the current alliance "is fragile... it remains to be seen if this strategy will bear fruit, but a renewed CHP victory in Istanbul on the back of HDP support would be difficult to ignore, likely forcing CHP to deepen its engagement with Kurdish issues."

However Civiroglu sees a possible turning point, particularly on the contentious issue of Kurdish language provision. "The (Istanbul) municipality has a lot of power, a huge budget and 16 million residents. It can promote services, whether that is language teaching in Kurmanji or Zaza, supporting cultural and social activities for Kurds...it's really a test case." 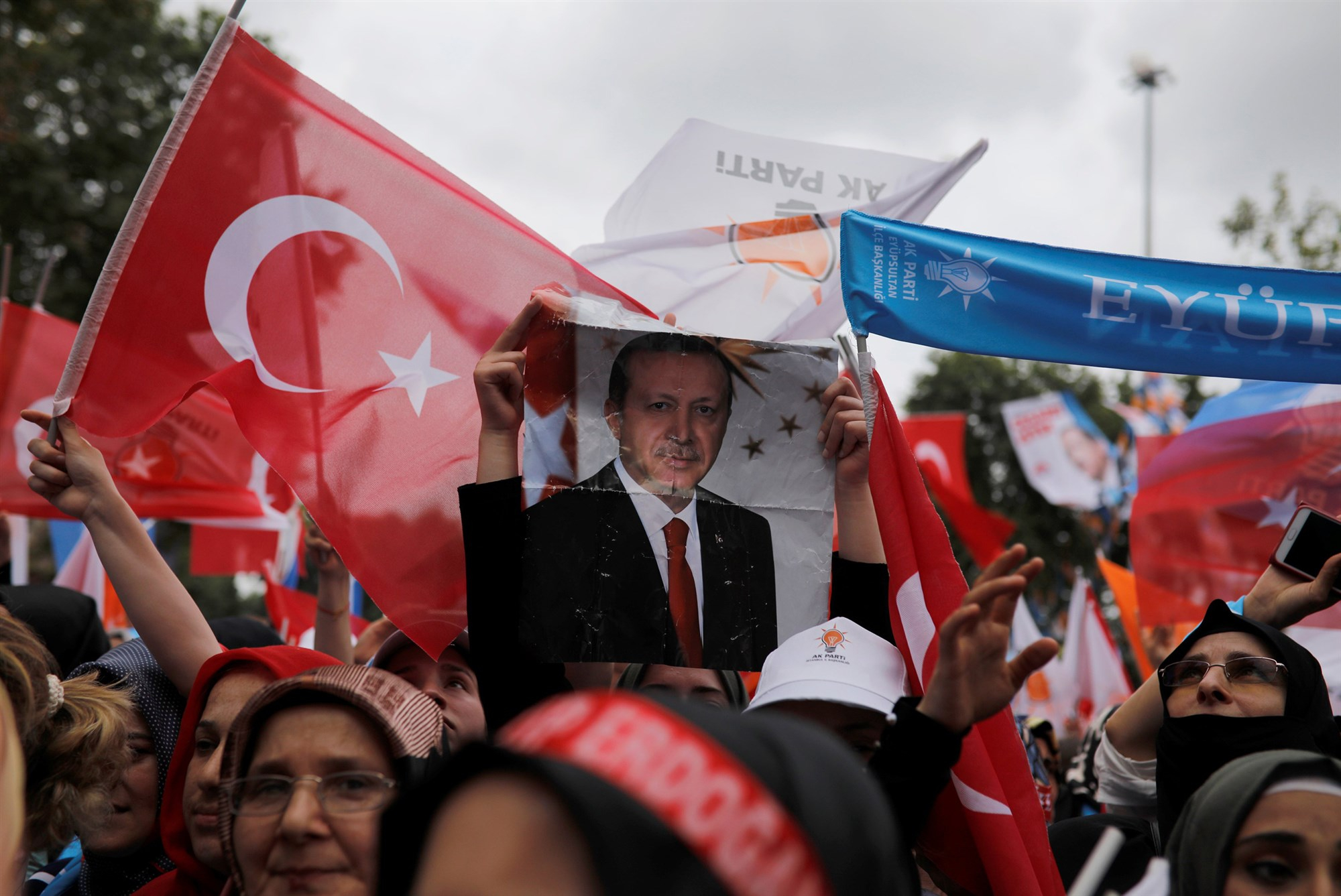 With the next vote on June 23 and opinion polls neck and neck, electioneering in Istanbul is intense, particularly in the predominantly working-class districts of Esenyurt, Buyukcekmece and Beylikduzu, with large Kurdish populations that voted CHP in March.

However analysts warn the focus on minority and floating voters misses the bigger problem for the AKP, namely the growing disillusionment with the party among its traditional support base; poorer, conservative Turks who have been hit hard by the worsening economic outlook.

Gareth Jenkins says whether the AKP wins the Istanbul mayoralty or not, the second election will prove a decisive moment for modern Turkey after two decades of AKP rule. "What we have seen in the past six months is an irreversible decline (in the AKP), the only question is the pace at which it is happening. Many younger members are aware that the grounds for the re-run in Istanbul are spurious and the party has been discredited."

He predicts that "If the second election is fair then Imamoglu should win. But the real concern for the AKP is how any future opposition government will act. Will they do to AKP what the party itself has been doing to its own opponents over the past two decades? That is their fear."