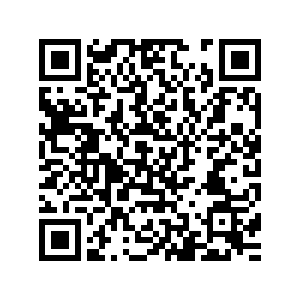 The Netherlands, one of the most densely populated countries on earth, is known for its cultural and natural heritage. The nation is home to the International Court of Justice and is a founding member of the European Union. It's also one of the world's major exporters of agricultural products and the largest flower exporter in the world. 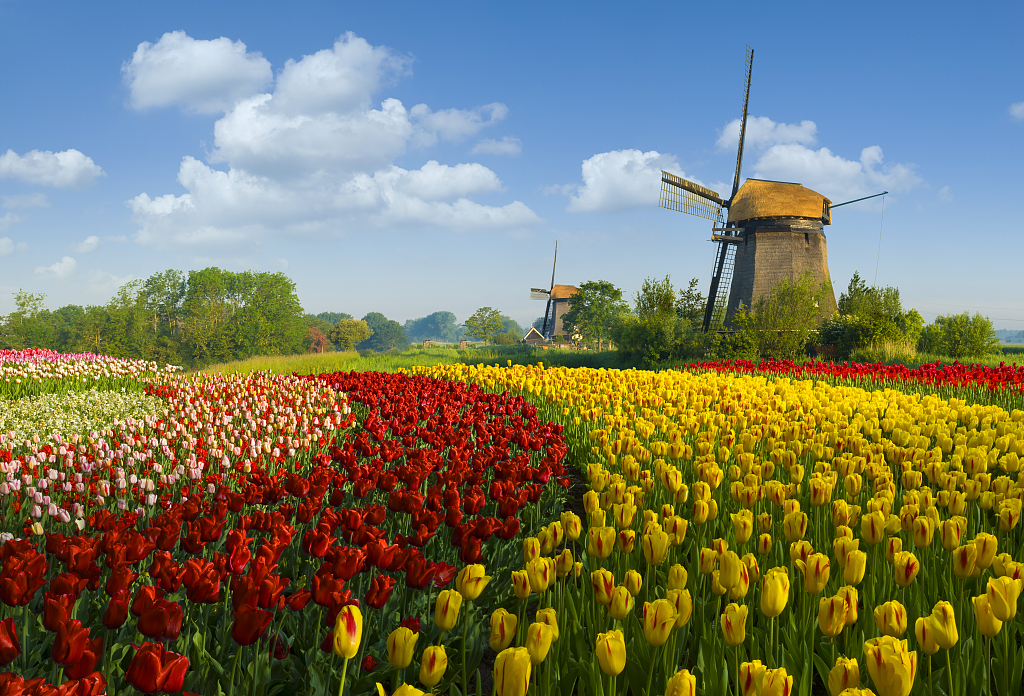 The Netherlands is known for its tulip fields. /VCG Photo

The Netherlands is known for its tulip fields. /VCG Photo

With wide fields of tulips of different colors, the Netherlands is admired for its natural beauty. Flevoland, the largest land reclamation project in the world, is now the country's biggest flower bulb area carpeted with millions of colorful blooms. Keukenhof, a world famous flower park, is a must-visit for those looking to see Dutch tulip fields in bloom. More than seven million flower bulbs are planted at the park annually. Even though the park is only open to the public from mid-March to mid-May, it still attracts millions of visitors every year. Here are two popular plants cultivated in the Netherlands, a country known as the "flower shop of the world." 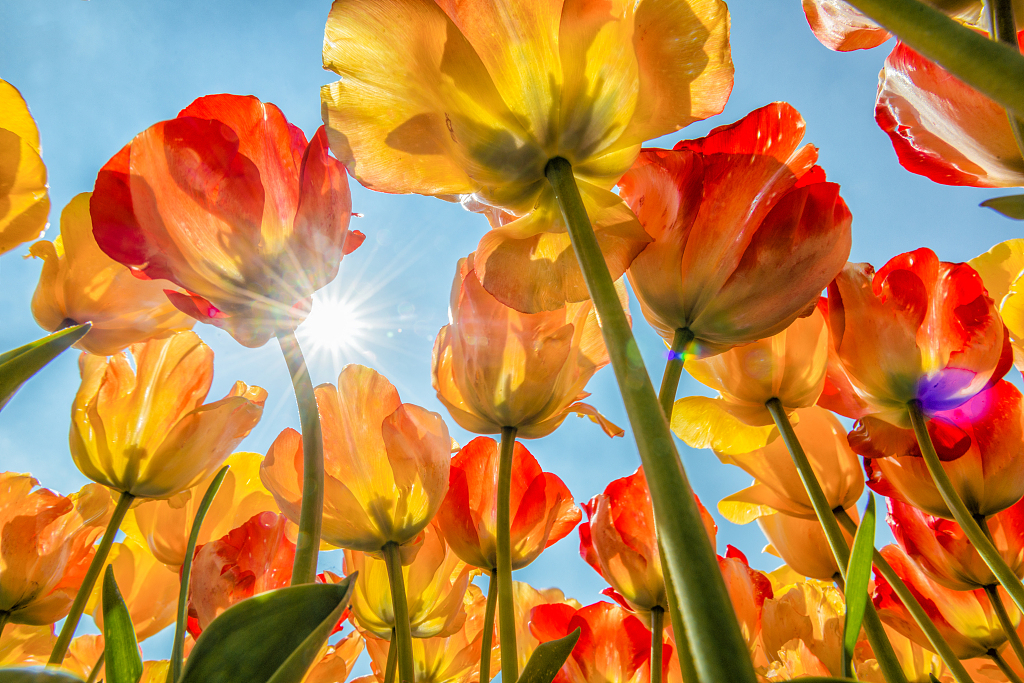 Tulips are a symbol of the Netherlands, but the flowers are not native to the country. They were imported to the Netherlands in the 16th Century and became popular in festivals and artworks. In the mid-17th Century, tulips became so prevalent and expensive that people used them as currency. Demand drove the prices of the flowers so high that it created what is thought to be the world's first recorded economic bubble – the "Tulip Mania." During World War II, tulip bulbs were used as food, saving people's lives. Today, a large number of tulips are cultivated in the Netherlands and tulip-themed festivals are held across the country. 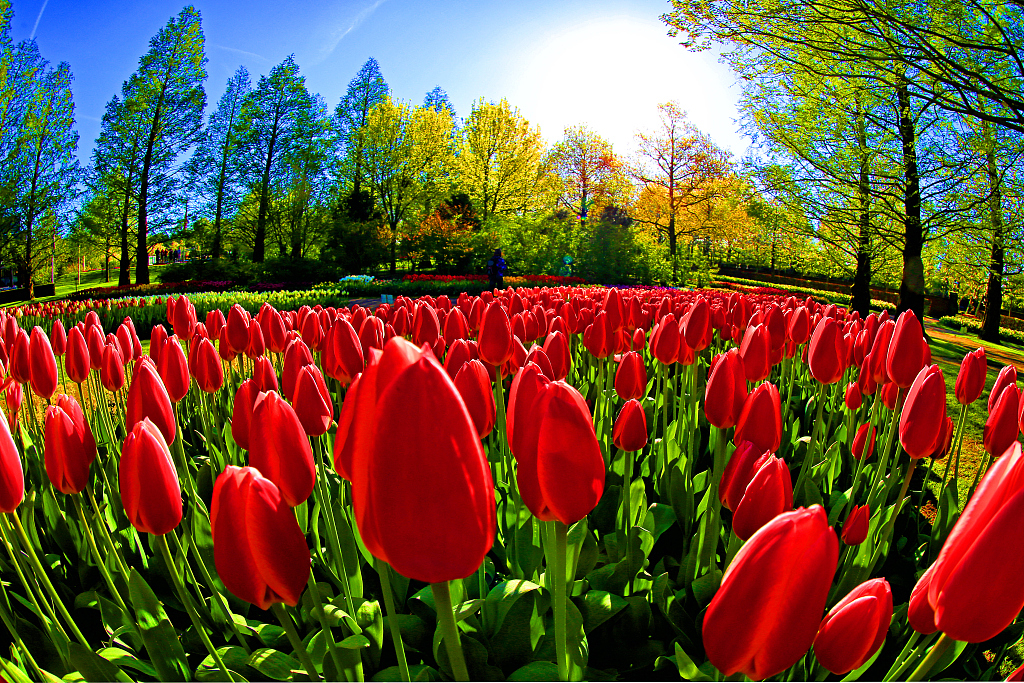 Tulips in the Netherlands. /VCG Photo

Tulips in the Netherlands. /VCG Photo

The spring-blooming perennial flower has thousands of hybrids and cultivars. They come in various colors except pure blue and are usually cup or star shaped. The plant grows best in climates with cool springs and dry summers. 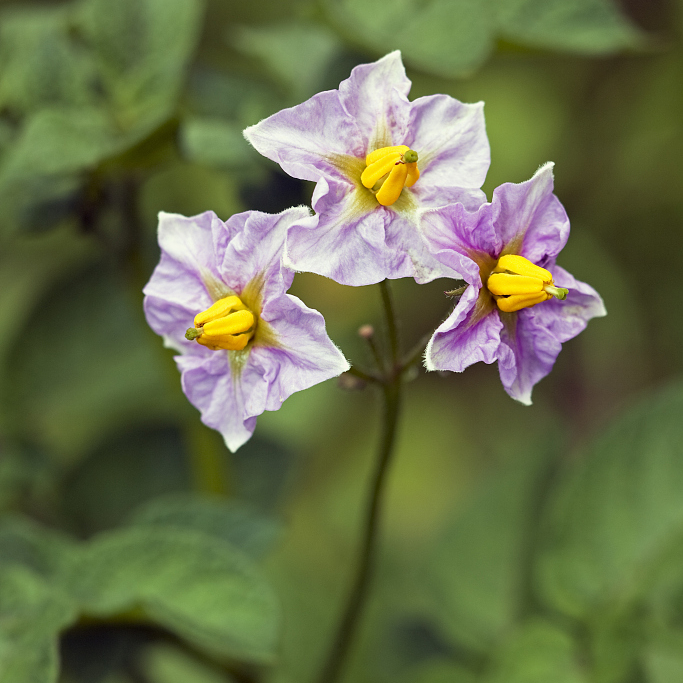 Flowers of a potato. /VCG Photo

Flowers of a potato. /VCG Photo

The Netherlands loves potatoes. A Dutch person eats about 65 kilograms of potatoes a year on average and you can even find the vegetable in Vincent Van Gogh's masterpiece "The potato eaters."

Wild potato species are native to the Americas. Nowadays, the potato is one of the world's most popular foods and plays a vital role in global food supply. The plant can grow approximately 60 centimeters in length. The flowers with yellow stamens have many colors including purple, white, pink, red and blue.

Potatoes are commonly used in Dutch recipes, including hutspot, stampot and boerenkool.