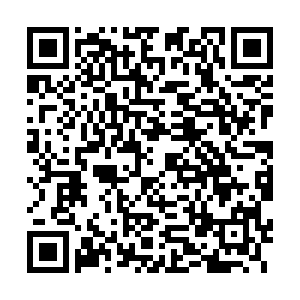 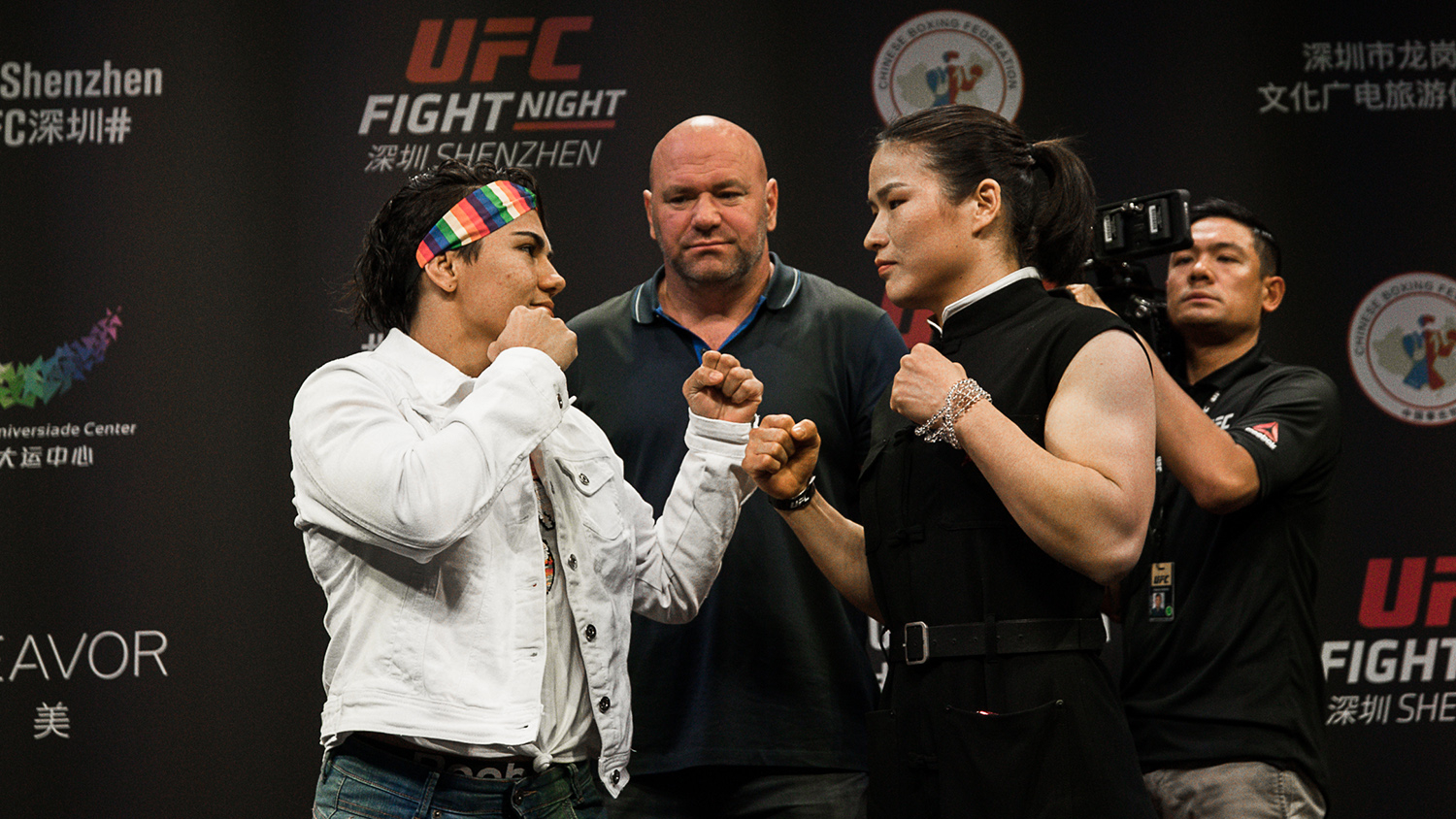 China's Zhang Weili will face Brazil's Jessica Andrade for the women's strawweight title in Shenzhen on August 31, the Ultimate Fighting Championship (UFC) officially announced on Thursday in Shanghai. The event will be the UFC's third in as many years in the Chinese mainland.

This marks the first time a Chinese fighter will compete for a championship belt in the UFC and the first UFC title fight held in the country. After her three fights in the Octagon, Zhang currently ranks sixth in the women's strawweight division, which is the highest ranking among the many Chinese fighters signed to the company. 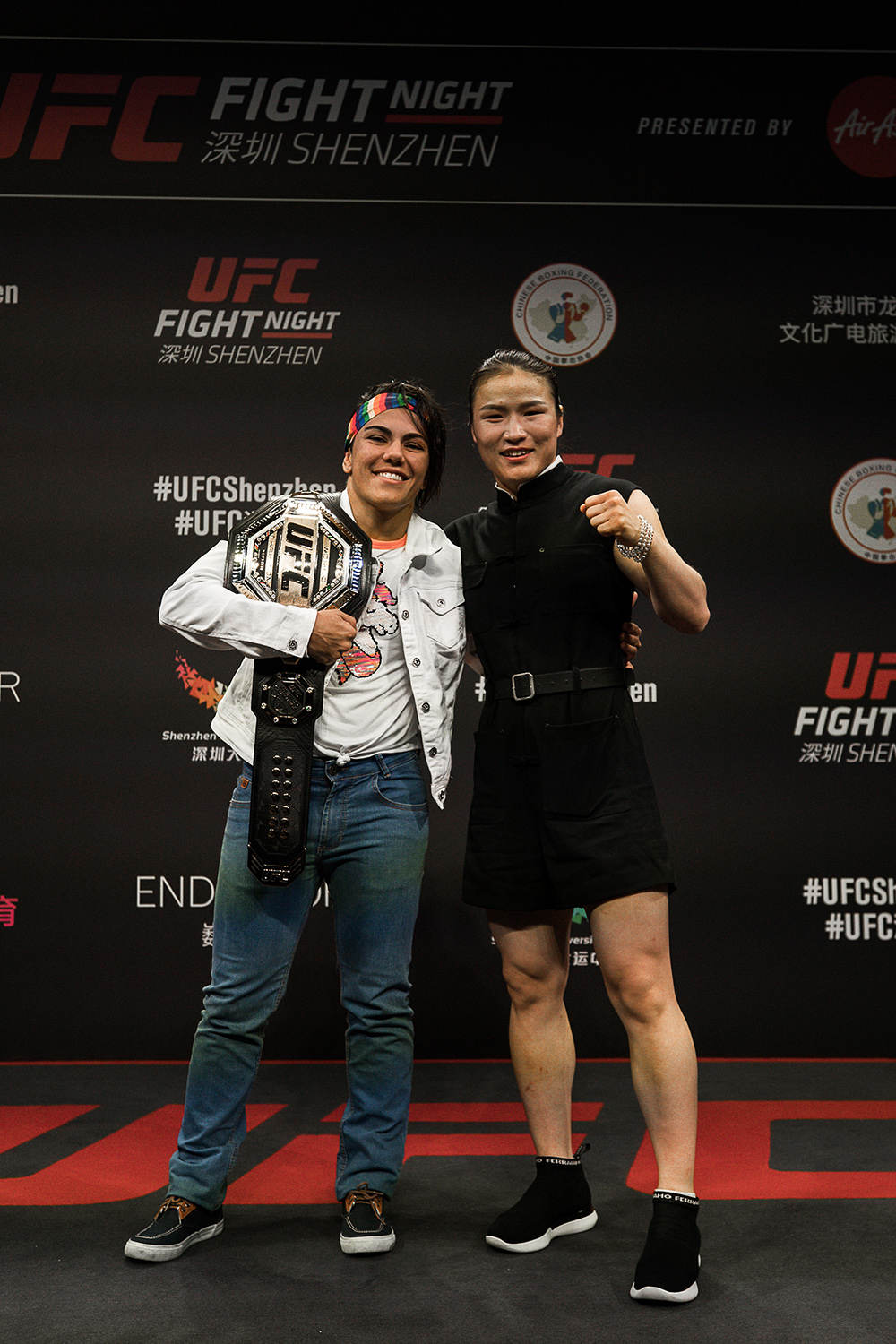 After beating American fighter Tecia Torres by unanimous decision at UFC 235 on March 6, Zhang's professional MMA record improved to 19-1-0. Her rival, Andrade, has a comparative record of 20-6-0 and makes her first strawweight title defense following her shock win against Rose Namajunas on May 11.

"I'll seize this opportunity and I won't give myself the excuse of being lost," Zhang told media in the press conference.

UFC President Dana White flew to Shanghai to take part in the event. When asked if choosing Zhang to challenge for the title after just three matches was a strategy to earn the Chinese market, he replied that "China is an important market, but everywhere is important, too."

He added that Zhang deserved this opportunity as the fighters ranking above her were all out of contention due to injury or loss.

"For this match, it has the perfect time, perfect spot and perfect fighters," White said, when explaining his reasoning behind the Shenzhen event. 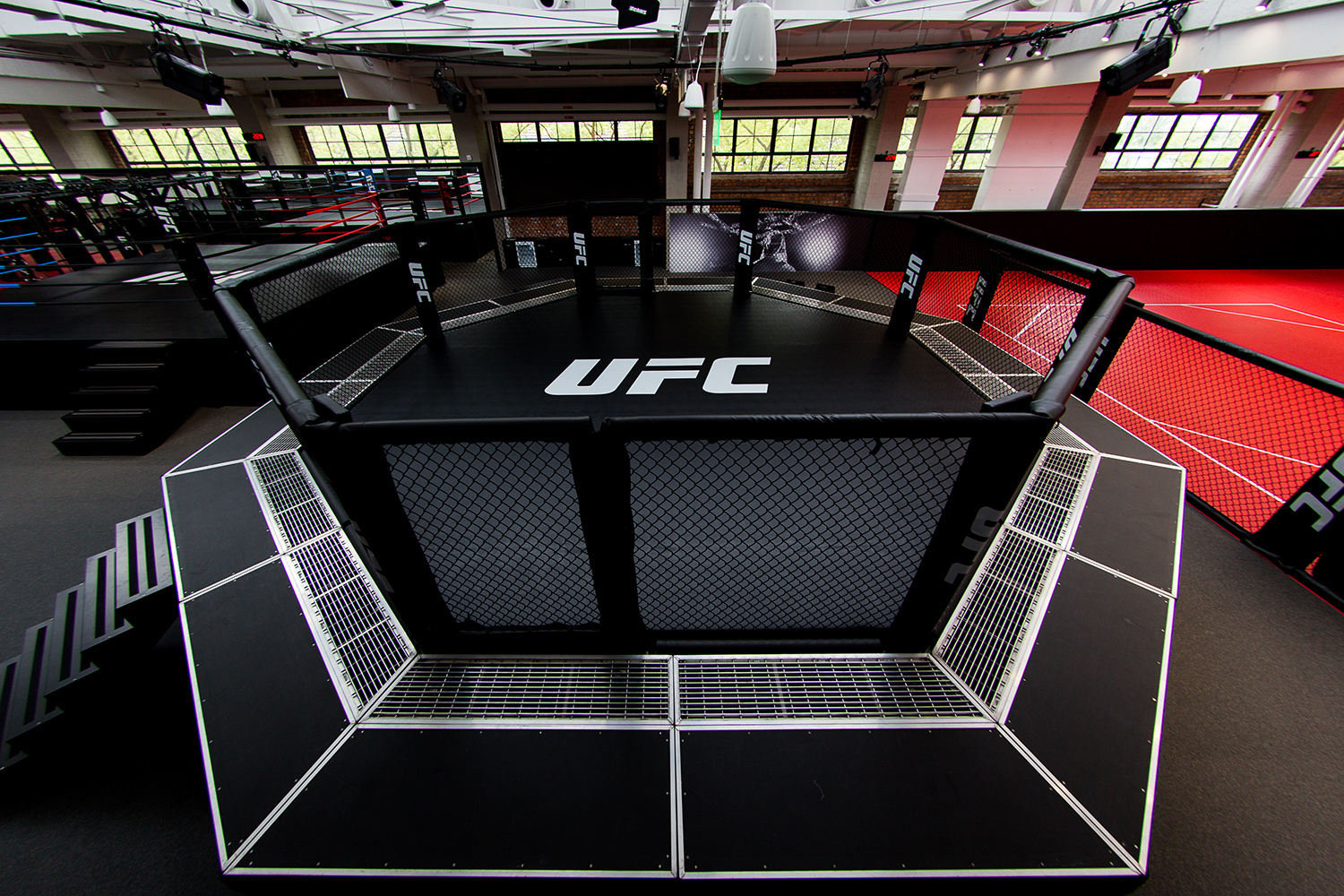 Inside the UFC Performance Institute in Shanghai /Courtesy of UFC

Inside the UFC Performance Institute in Shanghai /Courtesy of UFC

White didn't just come to China to promote this single event, he also came to oversee a new chapter in China's MMA future with the opening of the UFC Performance Institute in Shanghai, which is set to be the world's largest state-of-the-art MMA training and development facility.

The 93,000 square-foot venue is nearly three times as large as the original institute in Las Vegas. It will serve as a training hub to develop and support the next generation of MMA athletes from the Chinese mainland and the greater Asia-Pacific region.