The Philippines launches its own 'Ant Forest' inspired by Alibaba
CGTN 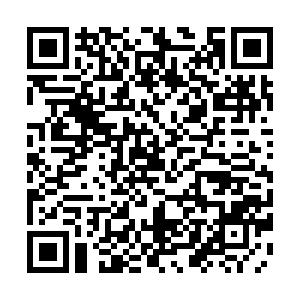 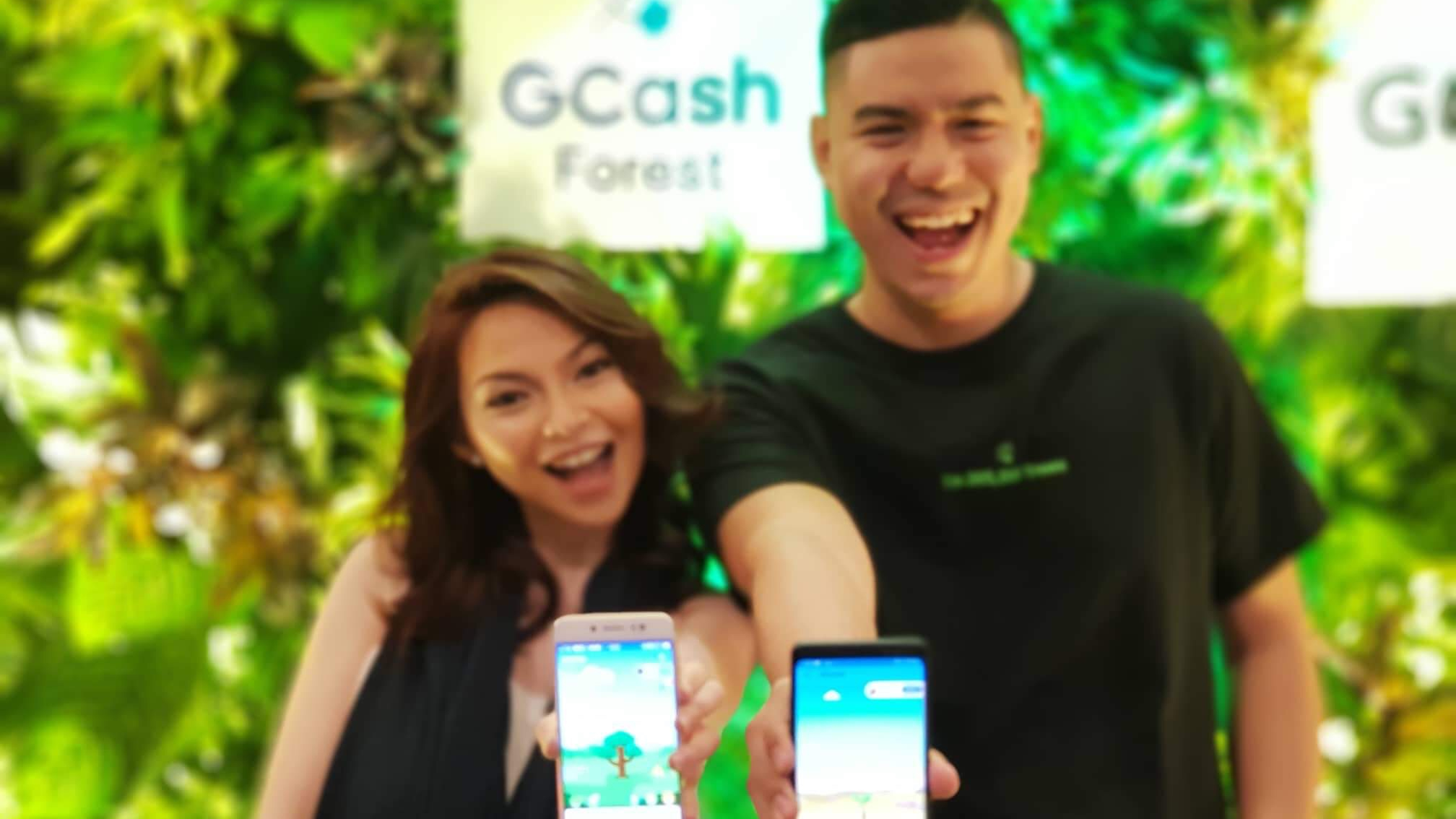 The tree-planting program aims to popularize eco-friendly lifestyles and 365,000 actual trees are expected to be planted in the next 12 months.

Through a "green" feature on the app called GCash Forest, or GForest, the subscribers can plant virtual trees that will have real-life counterparts. 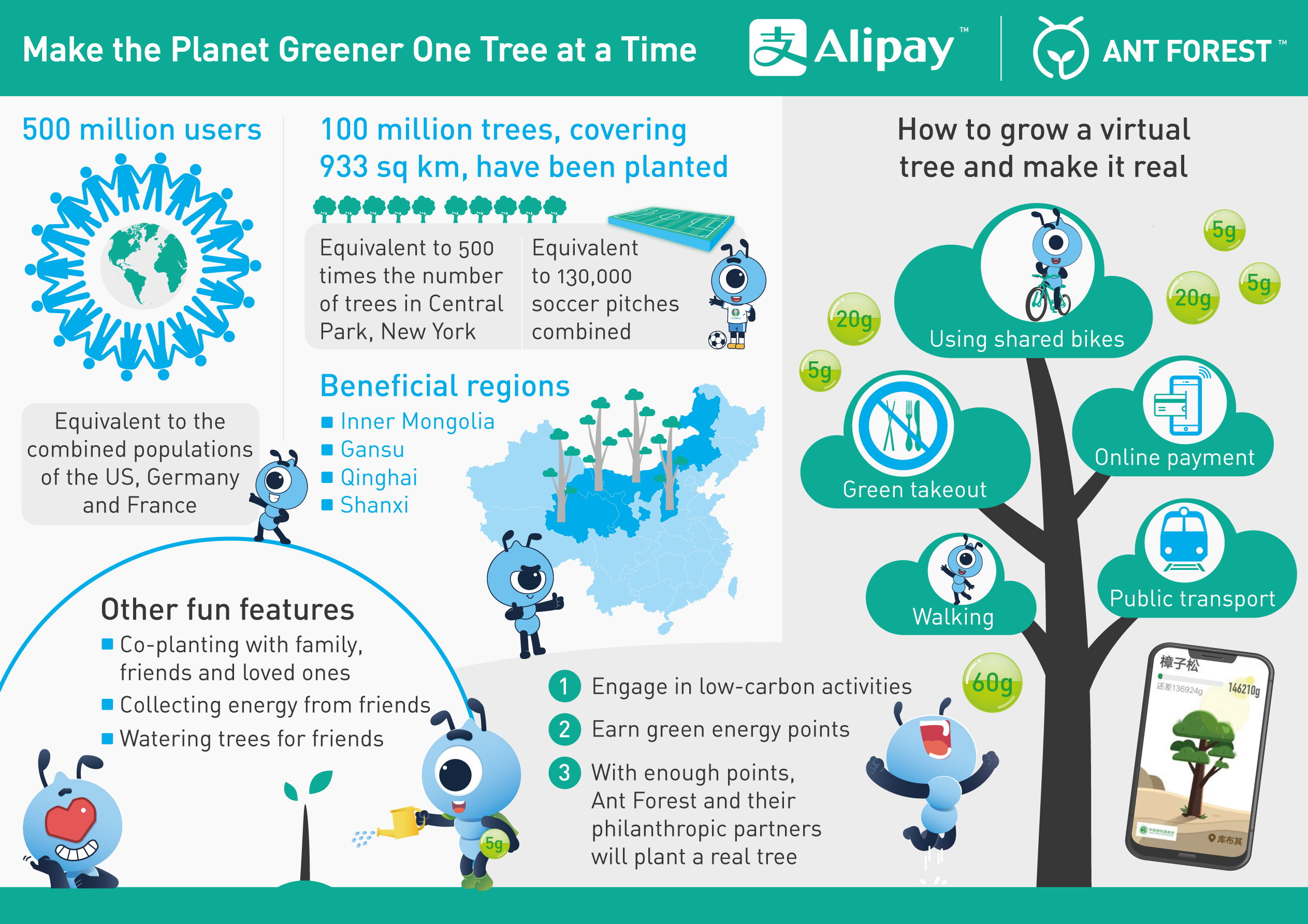 The company said they've partnered with the Philippine Department of Environment and Natural Resources (DENR) and different NGOs to implement the program.

The DENR will provide land resources in Ipo Watershed, an essential component of the Angat-Umiray-Ipo watersheds system supplying 98 percent of Metro Manila's water, while the NGOs will provide trees, manpower, and expertise on monitoring.

Titon Mitra, resident representative to the Philippines of the United Nations Development Programme, said it is important for the private sector to engage in such issues.

According to statistics of DENR's Forest Management Bureau, the Philippines is losing 47,000 hectares of forest cover every year. The bureau also reported the need to rehabilitate 1.2 million hectares of forest lands by 2022 to prevent landslides, ensure water availability and preserve the biodiversity. 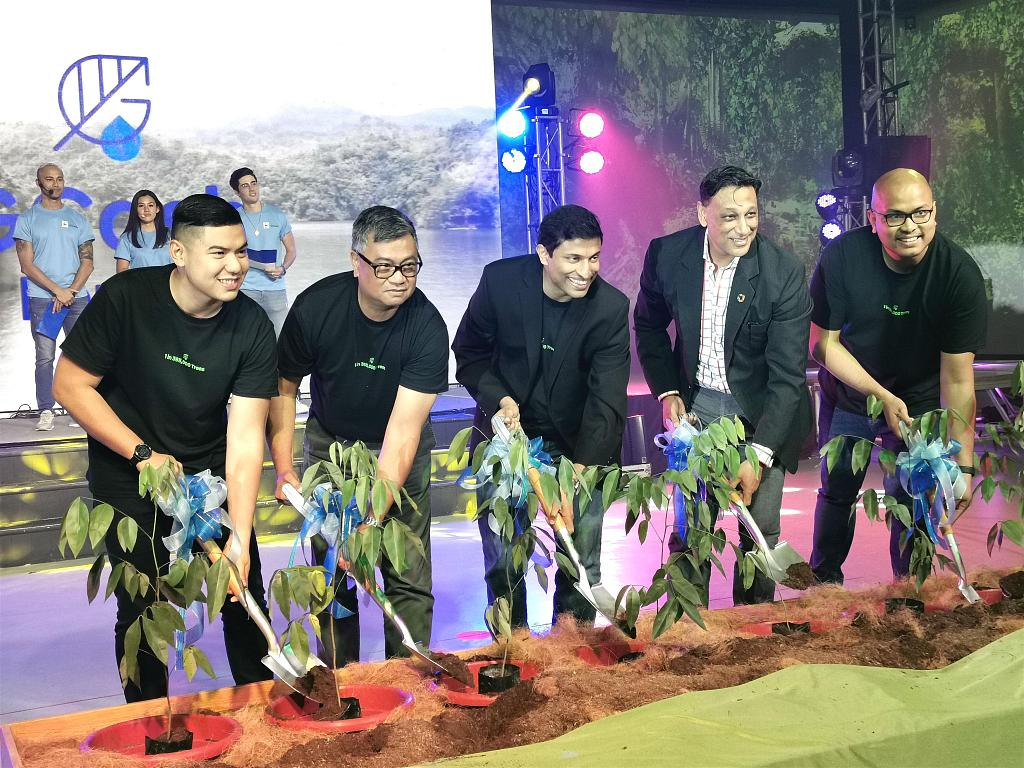 GCash team plant trees during the launch of the initiative, in Manila, the Philippines, June 25, 2019. /VCG Photo

GCash team plant trees during the launch of the initiative, in Manila, the Philippines, June 25, 2019. /VCG Photo

"GCash Forest is about making it easier, more convenient, and even rewarding for everyone to take care of our environment for the benefit of future generations," Mynt President and CEO Anthony Thomas said.

"It is no longer just providing an excellent platform for accessible financial products and services but also enabling Filipinos to be more active in responding to real-life issues, such as climate change mitigation through reforestation," Thomas said.

Read more: People moved after planting over 10 million real trees through their phones

This is the first time that a mobile-led initiative for ecological protection is being extended beyond China, said Ant Financial's Global Head of International Partnerships Yan Meng.

World-leading Internet analyst Mary Meeker noted in her 2019 Internet Trends Report that Alipay Ant Forest has led to the planting of 100 million trees in China’s arid regions, and was able to create large-scale participation in philanthropy facilitated by digital technologies.

According to the company, as of April 2019, Alipay Ant Forest has attracted over 500 million users – about 7 percent of the world’s population.