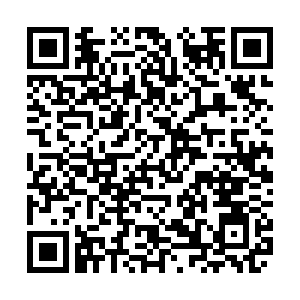 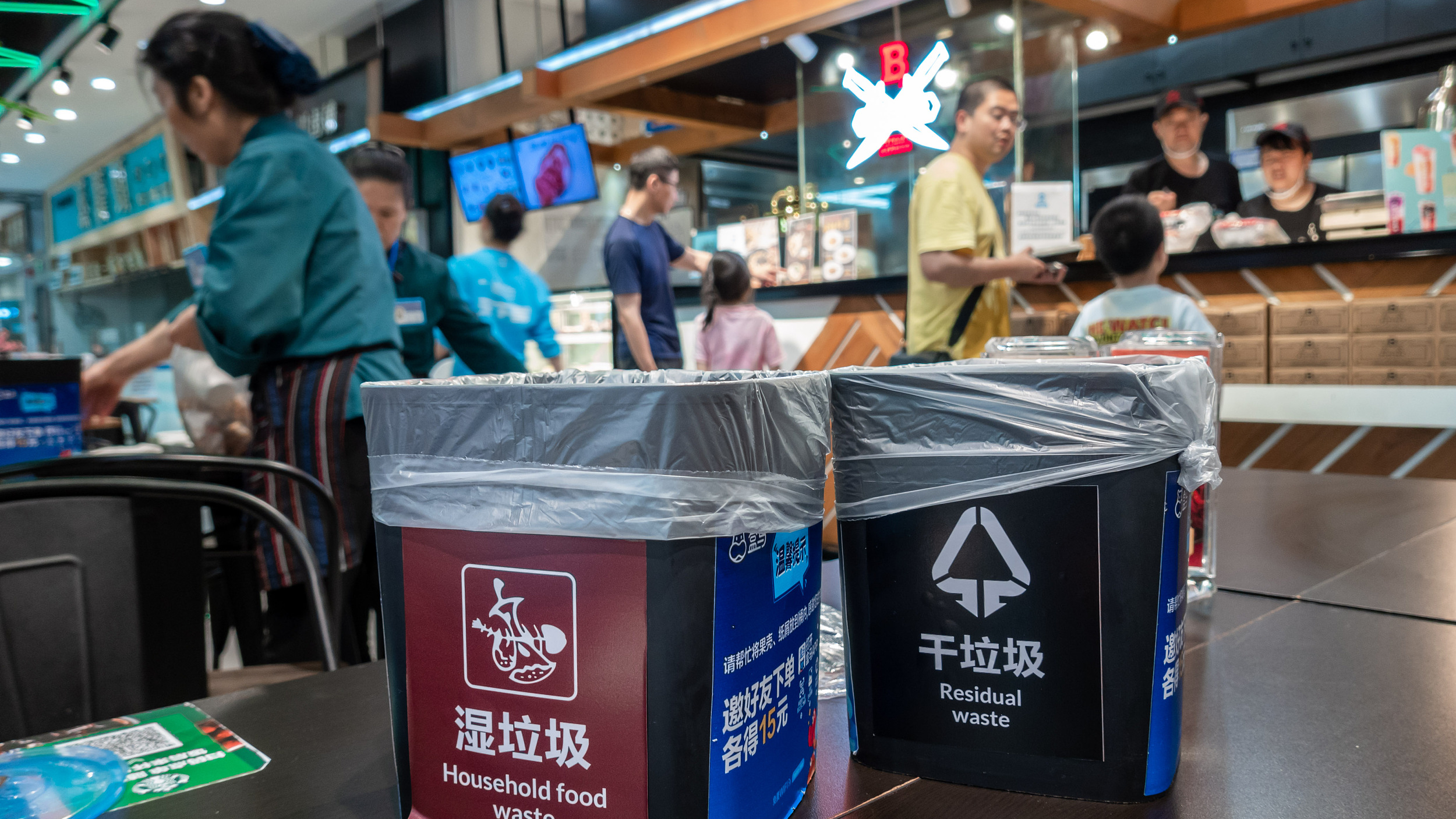 Garbage bins displayed in a restaurant in Shanghai. /VCG Photo

Garbage bins displayed in a restaurant in Shanghai. /VCG Photo

Garbage sorting has been dominating Shanghainese conversations over the past few weeks. People joke about feeling closer to their neighbors as they greet each other with "what kind of trash are you throwing out" in the morning.

Shanghai's new municipal recycling initiative takes effect on Monday. Citizens are required to sort their trash into four separate categories: food waste, recyclables, hazardous wastes and residual wastes. Fines of up to 200 yuan, roughly 30 U.S. dollars, will be imposed on those who don't sort, while companies and institutions can be fined up to 50,000 yuan.

Stocks related to household garbage sorting business surged on Monday. The relevant industry chain is forming gradually while promoting the emergence of sorting as a profession.

Shanghai has spent weeks explaining how and why residents should recycle through channels such as social media and TV. The topic is also trending on Weibo.

The main domestic garbage composition in China is kitchen waste, which makes up for more than 60 percent of the total. Prone to deterioration, kitchen waste is costly to process.

Shanghai aim to sort vegetable waste before they reach individual homes. Policies such as promoting the upgrading of supermarkets by providing cleaning and packaging services for vegetables and meat and establishing fresh-product home delivery are underway. 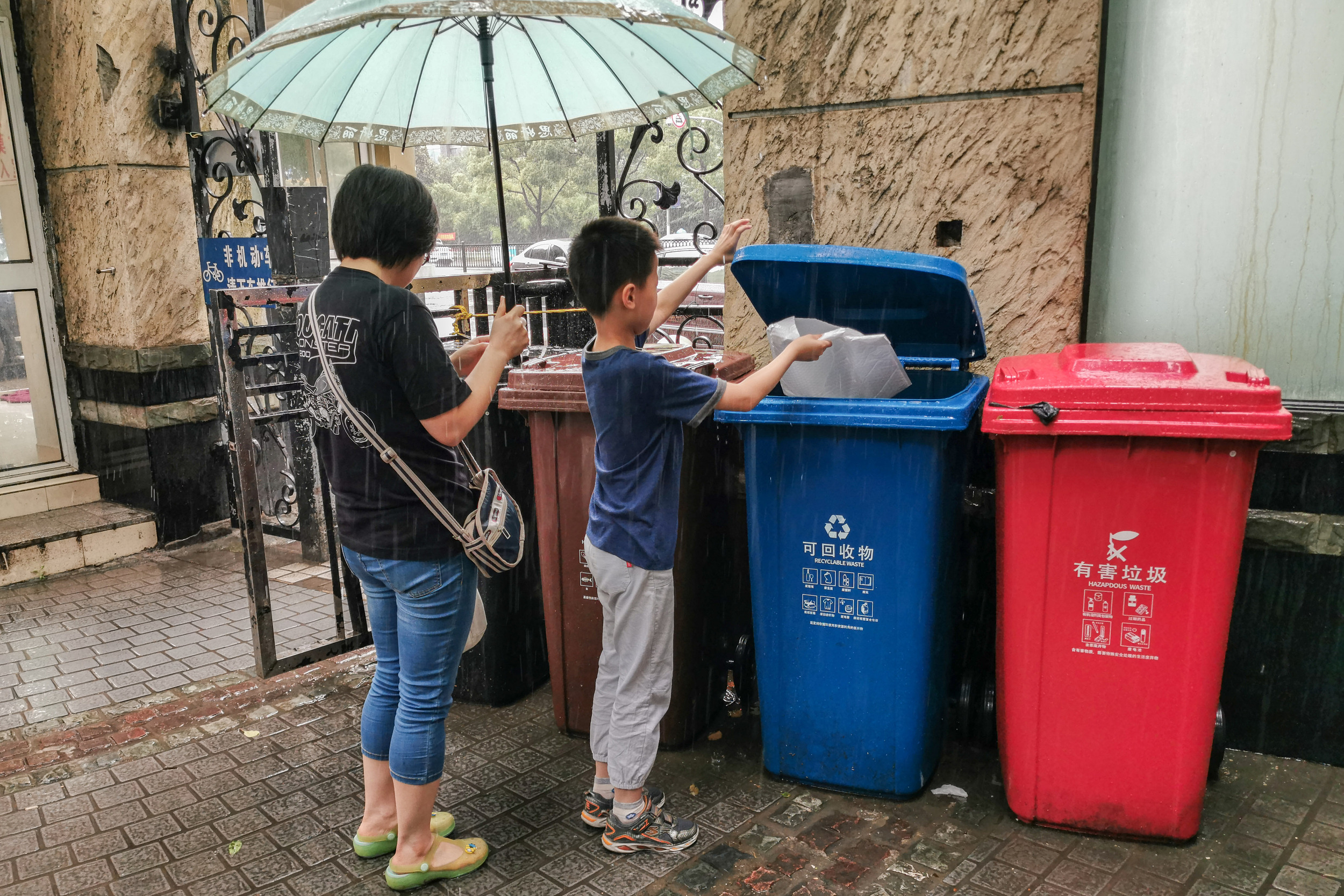 Compulsory garbage sorting will reduce the cost of processing when the watery kitchen waste is separated from other kinds of garbage. Going through processes like biochemical fermentation, kitchen waste will become soil conditioner to grow fruit and curb environmental pollution.

To reduce waste generation, the initiative also bans hotels from proving disposable daily necessities such as toothbrushes and shampoo unless required by customers. Restaurants and takeaways are not allowed to provide disposable tableware unless specifically requested.

The initiative gives companies incentives to reduce reliance on plastic and increase recycling. A growing number of companies are turning to garbage disposal solutions for profits. According to Chinese information service company Qichacha, the business of over 7,000 domestic companies involves sorting waste. 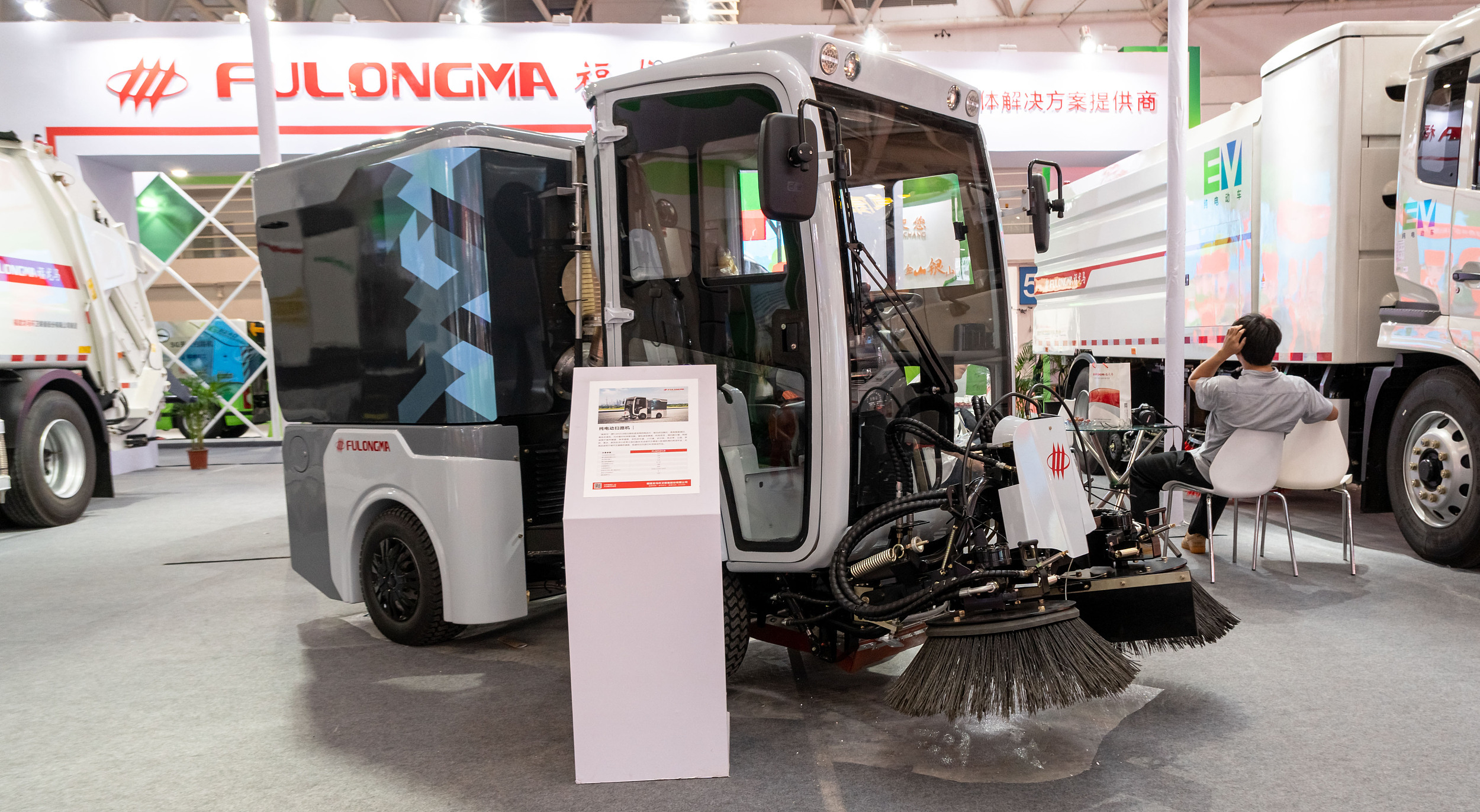 Construction of the sorting, transportation and processing facilities has been beefed up in Shanghai to ensure the sorted garbage are handled properly. Shanghai now has 982 vehicles for wet trash and 3,135 for dry trash, according to the city's Greenery and Public Sanitation Bureau.

China is set to invest over 21 billion yuan (3 billion U.S. dollars) this year in the construction of garbage processing facilities to meet demand, officials said on June 28.

When fully put into use in the second half of 2019, the largest waste incineration plant in the world -- Shanghai Laogang Renewable Energy Co. -- will incinerate 3 million tons of domestic garbage per year, accounting for about one-third of the total amount of garbage generated by Shanghai residents. Incineration power generation will reach 1.5 billion kWh per year.