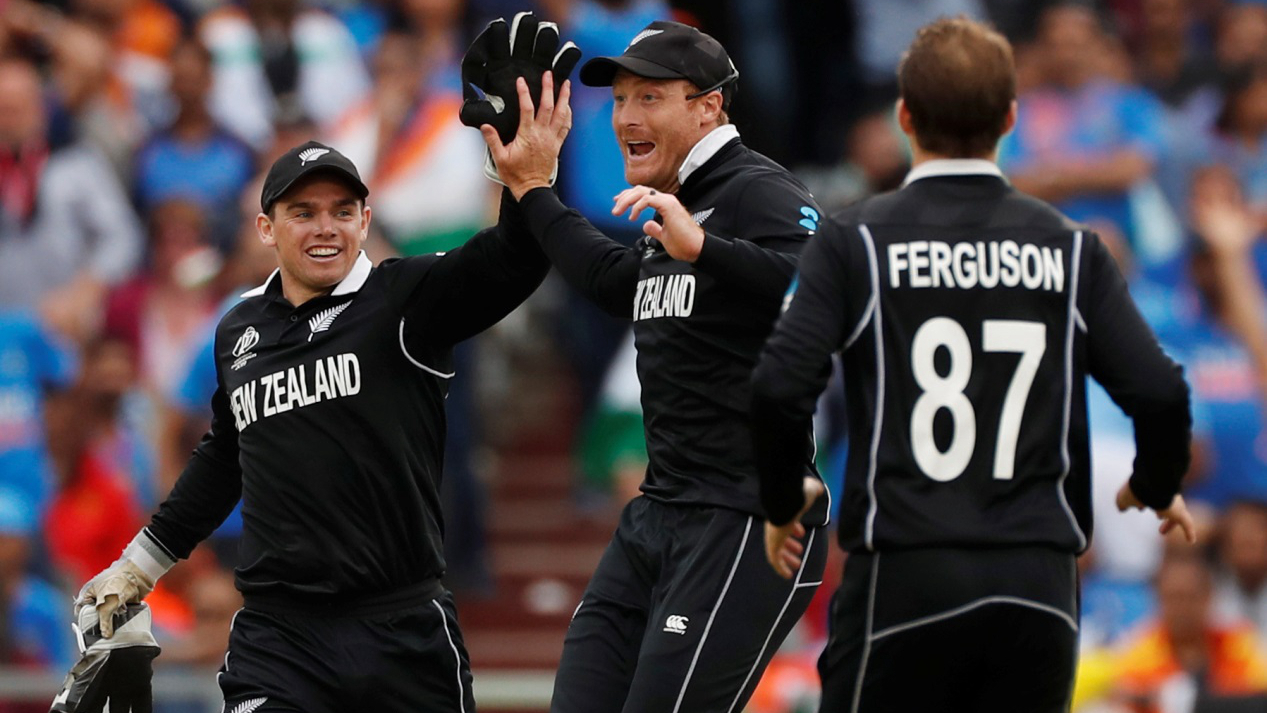 They came as the hot favorites and underlined their status by finishing the group league stage as the table toppers. However, the 2019 ICC World Cup title dream of the Indian cricket team and its billion die-hard cricket fans came crashing down as the high-flying Men in Blue were grounded by the tournament's perpetual underdogs, the Black Caps, at Old Trafford on Wednesday.

New Zealand's nerve-jangling 18-run win in a rain-delayed one day game that eventually got extended to the second day saw the two-time former champions failing to carry their seemingly invincible juggernaut to the iconic Lord's cricket ground for the much-anticipated finale of the 10-nation event.

If last year's finalists, the Kiwis, who have been seeking their elusive World Cup title, were caged on Tuesday by a disciplined Indian bowling until the game was postponed for the day as it started raining cats and dogs, the Kiwi bowlers paid the Indians back in the same coin.

Chasing a moderate target of 240 for victory, the star-studded Indian batting suffered an unusual catastrophe when three of their top batsmen were back in the pavilion early in their innings after a fiery opening spell by Matt Henry and his new ball partner Trent Boult. With talismanic opener Rohit Sharma and ever-dependable skipper Kohli perishing within the first five overs, the Indians were tottering at 24 for 4 in the first 10 overs and were staring at an imminent meltdown.

However, it was the day's hero Ravinder Jadeja, who showcased a stellar performance on the field earlier in the day, standing tall between an easy New Zealand victory and India's hopes of making an epic comeback from the jaws of death for a while. He was well supported by former skipper and wicket-keeper-batsman Mahendra Singh Dhoni, who has been one of the best finishers of the game in world cricket for a long time. 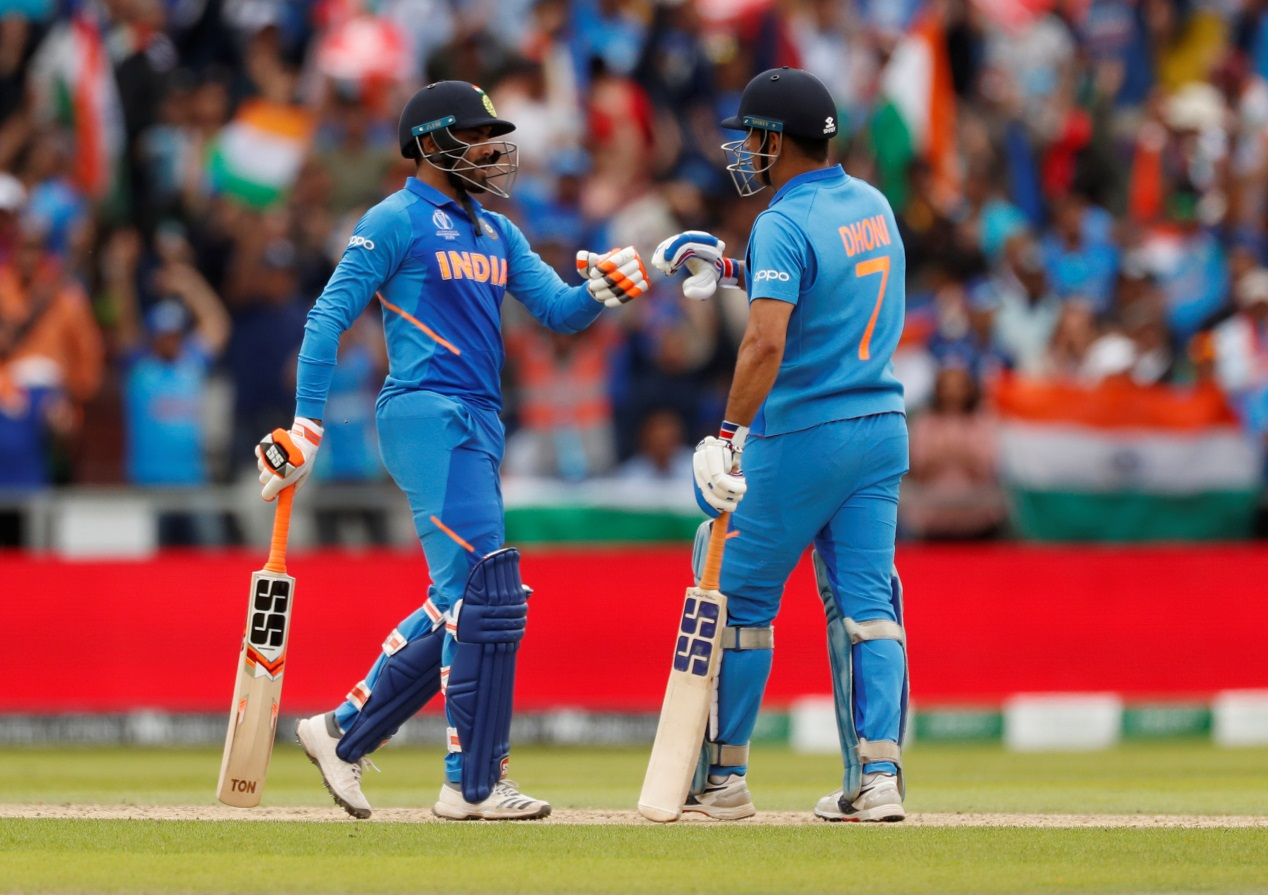 A painstaking century partnership between a free-flowing Jadeja and an extra-cautious Dhoni helped the Indians claw their way back in the game and the improbable victory started looking possible at that point in time. However, once a marauding Jadeja fell for 77 off 59 balls, India lost its lifeline for a miraculous recovery process.

Age seemed to have caught up with an aging Dhoni as the hero of India's historic 2011 World Cup final win paid a price for his sluggish batting and when he tried to rekindle the memory of his earlier attacking self in the dying overs of the game, the 38-year-old ran himself out, jeopardizing his team's final chances and stopping a billion hearts back home. India's World Cup dreams were shattered stone's throw away from the Theatre of Dreams in the backyard of the English soccer giants Manchester United.

In his post-match reaction, Indian captain Kohli said, "Yes, I think the game pretty much changed in those first 40 minutes when we were batting and, as I said in the post-match, New Zealand deserve a lot of credit because they put up a great display of how to bowl with the new ball and they had perfect line and lengths and forced us to sort of make errors, if any, or bowl good deliveries to us."

"So, yeah, the pressure created was immense in those first 40, 45 minutes and, when you lose three wickets for six, it is very difficult to come back into the game. Still, I think our effort was commendable but, yeah, that first spell made all the difference," a visibly dejected Kohli conceded. 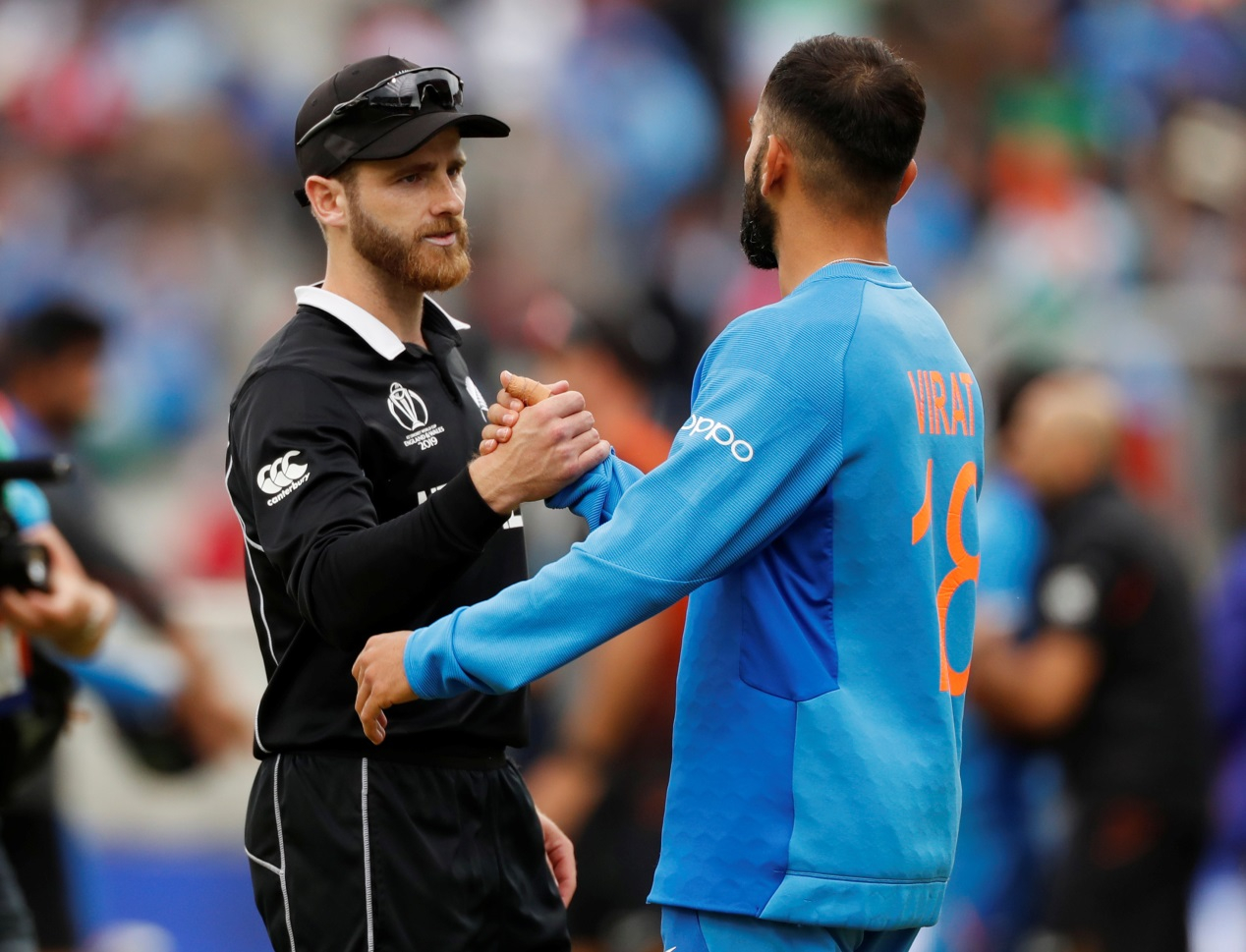 With India being a cricket-crazy nation and the gentlemen's game being making strong impacts on the mood and attitude of its citizens, India's Prime Minister Narendra Modi took to Twitter to extend his solidarity with the cricketers.

Modi tweeted, "A disappointing result, but good to see #TeamIndia's fighting spirit till the very end. India batted, bowled, fielded well throughout the tournament, of which we are very proud. Wins and losses are a part of life. Best wishes to the team for their future endeavors. #INDvsNZ"

But for New Zealand, the pulsating win in the low-scoring semifinal gave yet another chance to give another shot at winning the most prestigious silverware for the second time in a row as they were the losing finalists against champions Australia in the previous World Cup in 2015. The winning captain, Kane Williamson, who with the bat with a gritty half century, mentioned, "We will go into another match and try and implement similar things that are important to our side, that gives us the best chance of success."

"There are so many strong teams in the tournament, obviously another semi-final tomorrow (Thursday) that can go either way, two very good sides. But we turn up on the day like a lot of other matches and anybody can beat anybody. There are a lot of factors involved within that that will play their role, whether it's a final, or another game perhaps tomorrow, so it's important that feet are on the ground and we look forward to that challenge," he added.