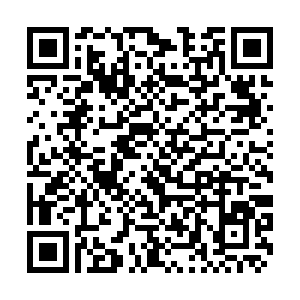 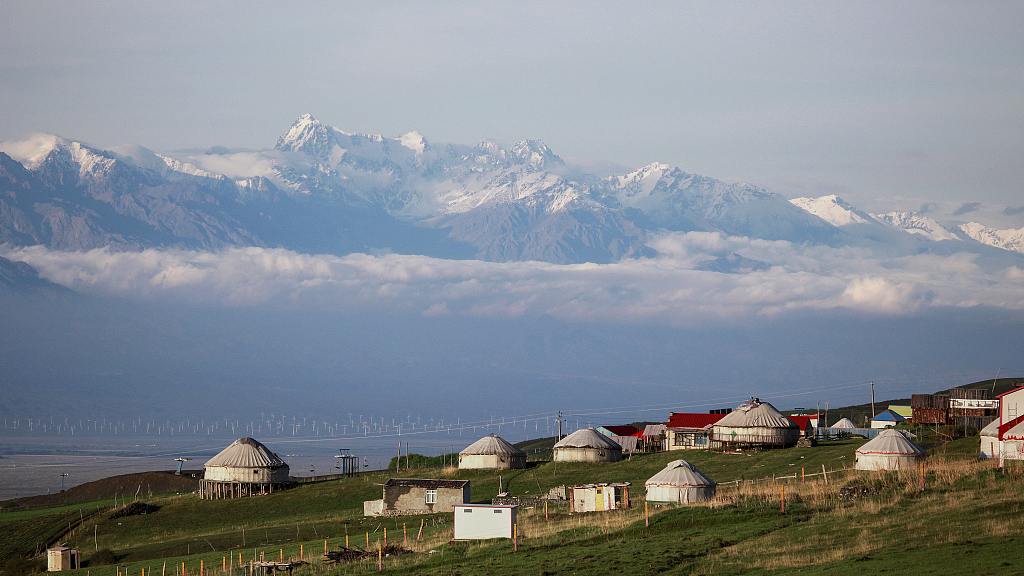 China is a unified multi-ethnic country, and the various ethnic groups in Xinjiang have long been part of the Chinese nation. Throughout its long history, Xinjiang's development has been closely related to that of China, said the white paper issued by State Council Information Office.

It said, however, the region has been affected by external hostile forces, especially separatists, religious extremists and terrorists, in past decades, and these forces tried to split China and break it apart by distorting history and facts.

It also reiterated that Xinjiang has never been the so-called "East Turkistan." The region has long been an inseparable part of Chinese territory, it said.

Yan Shuai, an analyst specialized in counter-terrorism study from the China Institute of Contemporary International Relations, said the so-called "East Turkistan" is a geographic term but used as a political tool by separatists. 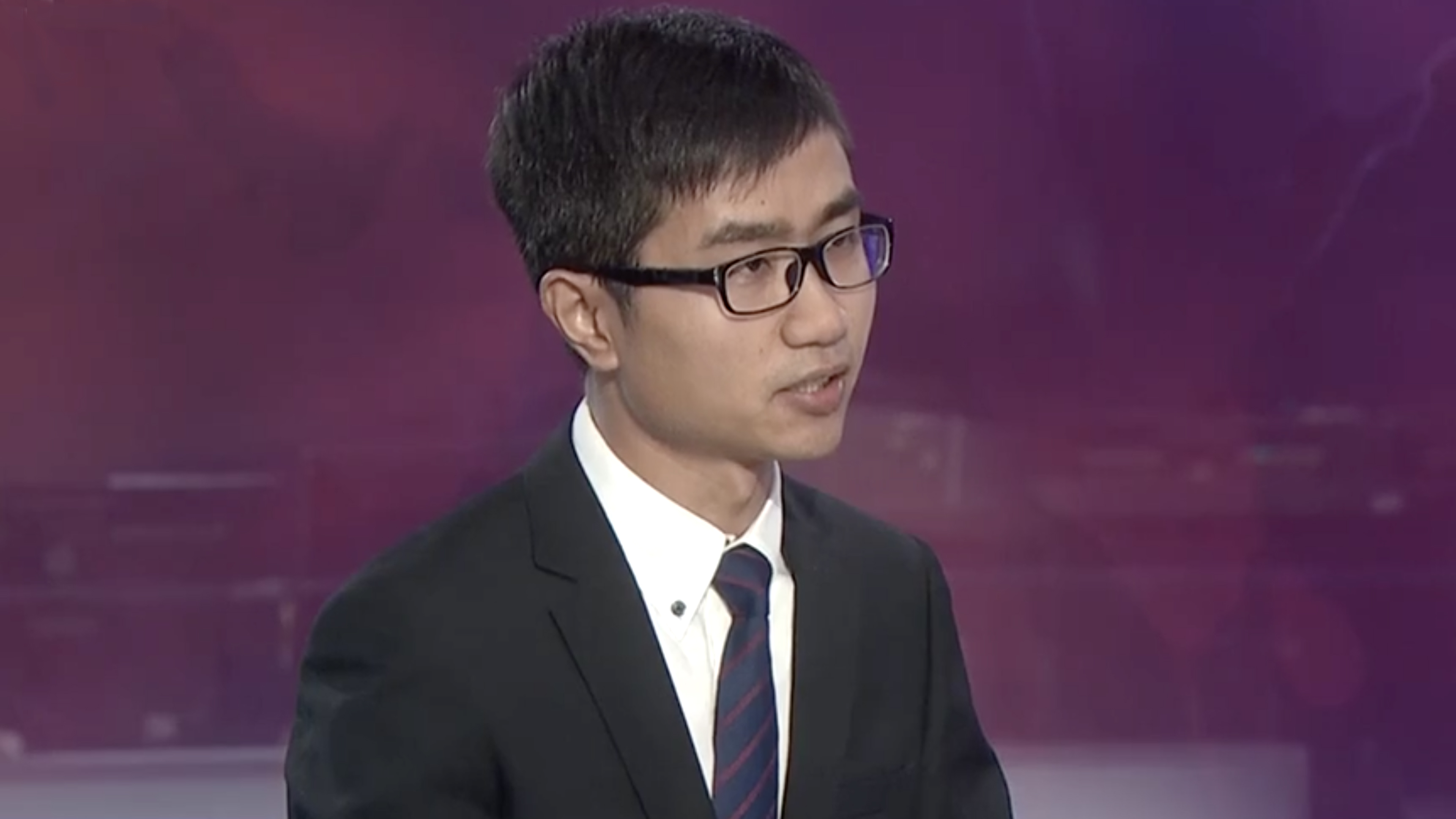 The so-called "East Turkistan" never existed as an independent country in history, and it is only a geographical term created by some writers and scholars, he argued. The term "Turkistan" refers to the region roughly covering the area from southern Xinjiang to Central Asia, and the Pamir Plateau lies in the middle of the area, and therefore scholars come up with the geographical term, he elaborated.

In the last two years, the U.S. and other Western countries criticized China's Xinjiang policy because they attempted to use these allegations as tools to deter China's development, he went on to say.

Both China's central and local governments have taken huge efforts to fight terrorism and to improve people's standard of living, Yan said. And now Xinjiang is one of the safest regions in China, and there was no terror attack in the past 30 months.

Firstly, Xinjiang historically is an inseparable part of Chinese territory.

According to the paper, from the Han Dynasty (206 BC – 220 AD) to the middle and late Qing Dynasty (1644-1911), the vast areas both north and south of the Tianshan Mountains in Xinjiang were called the Western Regions. Xinjiang was formally included in Chinese territory in the Han Dynasty.

Later dynasties in the Central Plains, kept closer or looser contact with the Western Regions, and the central authorities exercised tighter or slacker administration over Xinjiang, it said.

"But all of these dynasties regarded the Western Regions as part of Chinese territory and exercised the right of jurisdiction over Xinjiang," it said. 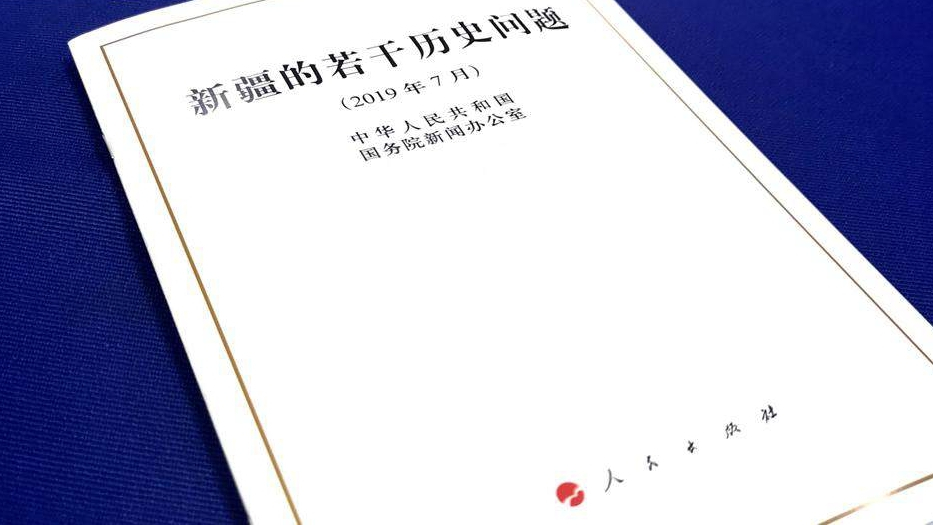 According to the document, the Turks were nomads who originated in the Altai Mountains in the middle of the 6th century. In the late 8th century, the nomadic Turks dissolved as their last khanate collapsed.

"They mixed with local tribes during their migration to Central and West Asia, but these newly formed peoples were fundamentally different from the ancient Turks. Ever since then, Turks have disappeared from China's northern regions," the white paper said.

"The advocacy of this so-called state has become a political tool and program for separatists and anti-China forces attempting to split China," the paper added.

Thirdly, ethnic groups in Xinjiang are part of Chinese nation.

Xinjiang has been a multiethnic region and in close contact with the Central Plains since ancient times. Ethnic groups had grown, developed and integrated with each other despite periods of isolations and conflict, and shared good fortune and hardship in a close relationship, it said.

All of them have made an important contribution to exploring, developing and protecting Xinjiang, and they are all masters of Xinjiang, it added.

"The ethnic groups of China, including those in Xinjiang, live together alongside each other. They are economically interdependent and embrace each other's culture, and are a unified whole that has become impossible to separate. They are members of the same big family," the white paper said.

Fourthly, Uygurs are originally from Mongolia, not descendants of the Turks. 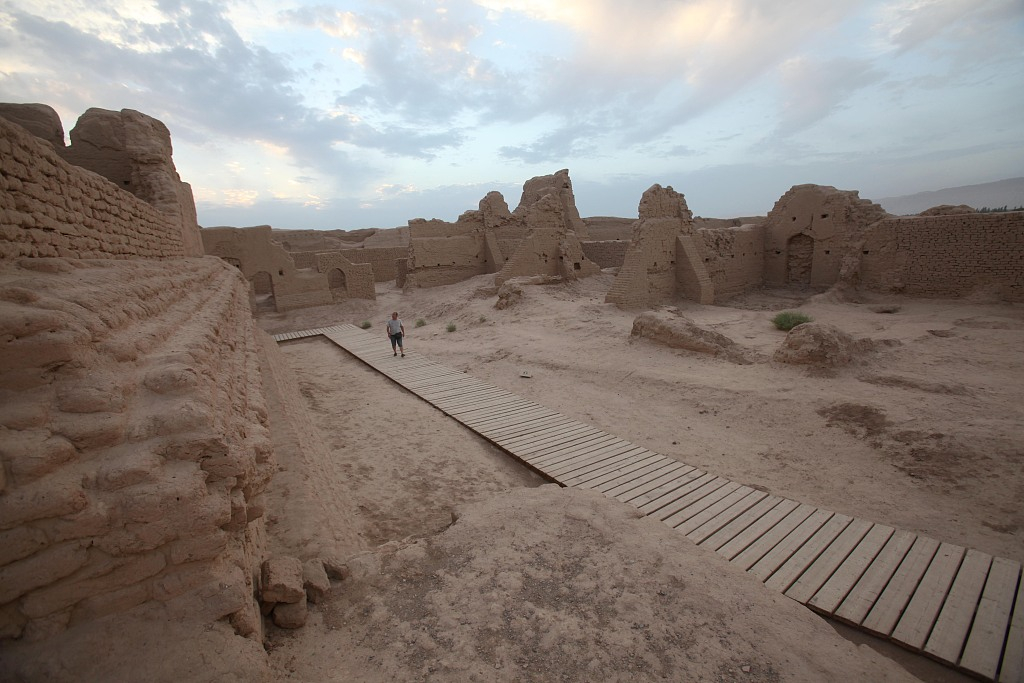 The Uygur ethnic group in the region has been formed through a long process of migration and integration, and their main ancestors were people who lived on the Mongolia Plateau that can be dated back to Sui Dynasty (581-618), the paper said, dismissing the allegation that Uygurs are descendants of the Turk.

Historical records showed that many different names were used to refer to this group of people, it said.

Historically, to resist oppression and slavery by the Turks, the Ouigour people united with some of the Tiele tribes to form the Ouigour tribal alliance. In 788, the then Ouigour ruler wrote to the Tang emperor, requesting to have their name changed to "Uighur."

In the Yuan (1206-1368) and Ming dynasties (1368-1644), the various ethnic groups in Xinjiang further merged. In 1934, Xinjiang issued a government order, stipulating that "Uygur" would be the standard name for the ethnic group.

Although in modern days some Pan-Turkism with ulterior motives describes all peoples of the Turkic language family as "the Turks," the paper asserted that a language family and an ethnic group are essentially two different concepts.

"In China, ethnic groups speaking Turkic languages include the Uygurs, Kazaks, Kirgiz, Uzbeks, Tatars, Yugurs, and Salars, each with its own history and unique culture," it said. "These peoples cannot be referred to as 'Turks'."

Fifthly, Xinjiang ethnic cultures are rooted in the Chinese civilization.

The ethnic cultures in Xinjiang always have their roots in the fertile soil of Chinese civilization and make up an inseparable part of Chinese culture, the paper said.

In the Han Dynasty (206 BC – 220 AD), the Chinese language became one of the official languages used in government documents of that region. Later, multiple languages were used as official languages and when exchanges were frequent in Xinjiang, it witnessed a boom in ethnic cultures and social progress. According to the paper, the Islamic culture of the Arab civilization only started to exert influence on local cultures starting from late 9th century.

Over the past 2,000 years, Xinjiang was a gateway for China's civilization to open to the West and an important base for cultural exchange and communication between the East and the West, it said.

"Having a stronger sense of identity with Chinese culture is essential to the prosperity and development of ethnic cultures in Xinjiang." 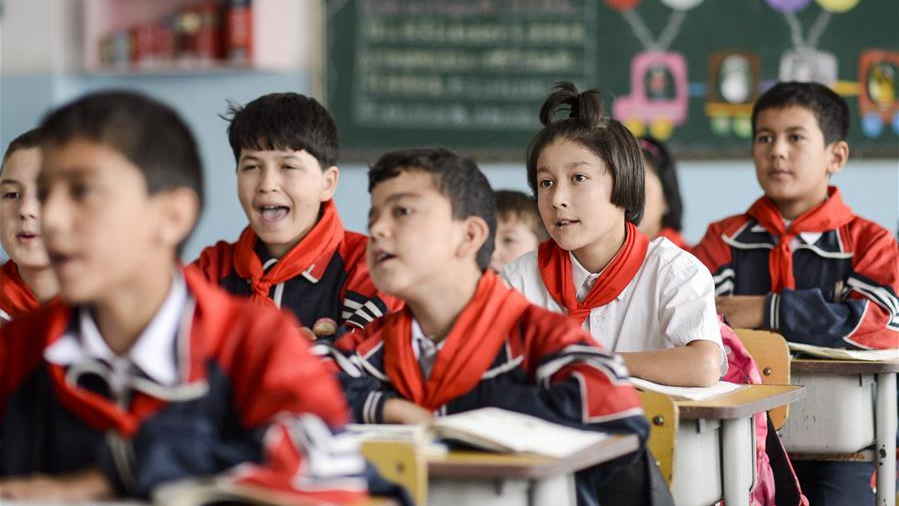 Multiple religions in Xinjiang have long coexisted there, with one or two predominant, and the region's religious structure is characterized by blending and coexistence, as the paper noted.

According to the paper, Xinjiang has multiple religions, including Islam, Buddhism, Taoism, Protestantism, Catholicism, and the Eastern Orthodox Church. It has 24,800 venues for religious activities, including mosques, churches, Buddhist and Taoist temples, with 29,300 religious staff.

"Xinjiang always upholds equality for all religions, showing neither favoritism towards nor discrimination against any religion and allowing no religion to be superior to any other religion," said the white paper.

Believers and non-believers enjoy equal rights and obligations, and all law violators, whatever their social background, ethnicity, and religious belief, will be punished in accordance with the law, the white paper said.

Seventhly, Islam is neither indigenous nor sole belief system of Uygurs.

Islam is neither an indigenous nor the sole belief system of the Uygur people, the paper said, adding that the introduction of Islam into Xinjiang was related to the emergence of the Arab Empire and the eastward expansion of Islam.

"The Uighur conversion to Islam was not a voluntary choice made by the common people, but a result of religious wars and imposition by the ruling class, though this fact does not undermine our respect for the Muslims' right to their beliefs," the white paper said.

According to the document, Buddhism was once the predominant religion practiced by the nobility and the common people in the region. Today in Xinjiang, a significant number of people do not follow any religion, and many Uygurs follow religions other than Islam.