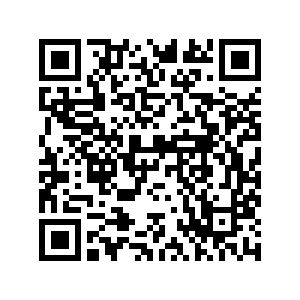 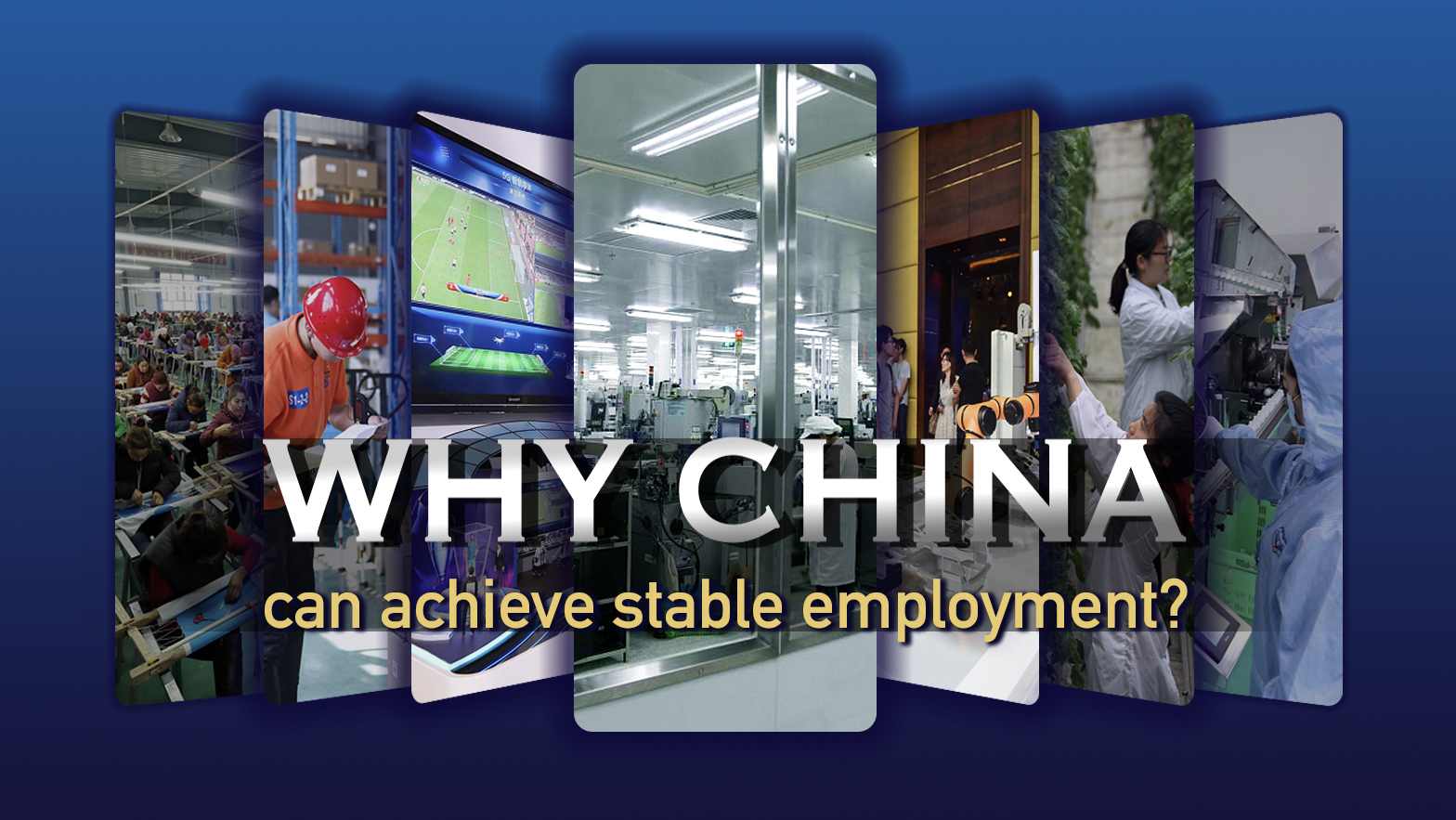 As another batch of fresh college graduates hit the job market this year, a small group have already secured jobs – graduates of China's first crayfish-cooking major.

The Qianjiang Crayfish Vocational College, the first of its kind to specialize in training crayfish chefs, announced that most of its graduates had received jobs prior to graduation. The school is behind a major initiative to improve vocational training in order to better equip the labor force to meet the demands of China's economy now, and into the future.

There were over 8.4 million college graduates in 2019, and the employment rate in China reached 91.5 percent. But still, one central challenge remains: the structural unemployment caused by the mismatch between education and labor market, said Wang Yongjie, assistant professor at the Institute of Population and Labor Economics at the Chinese Academy of Social Sciences.

Unemployment rate declined to 3.8 percent in 2018, the lowest rate in 17 years. /CGTN Photo

Unemployment rate declined to 3.8 percent in 2018, the lowest rate in 17 years. /CGTN Photo

In February 2019, the State Council published a plan that vows to build 50 high-quality, high-level vocational schools and 300 training centers by 2020 to remedy the country's shortage of skilled labor, as part of an "employment-first" macroeconomic policy.

It appears that those graduates of high-quality, high-level vocational schools are faring well. The graduates at Qianjiang Crayfish Vocational College will reportedly be making between 6,000 yuan (871 U.S. dollars) to 12,000 yuan (1742 U.S. dollars) a month in the first year out of college. In 2017, the employment rate for vocational school graduates surpassed that of university graduates, for the first time reaching 92.1 percent. 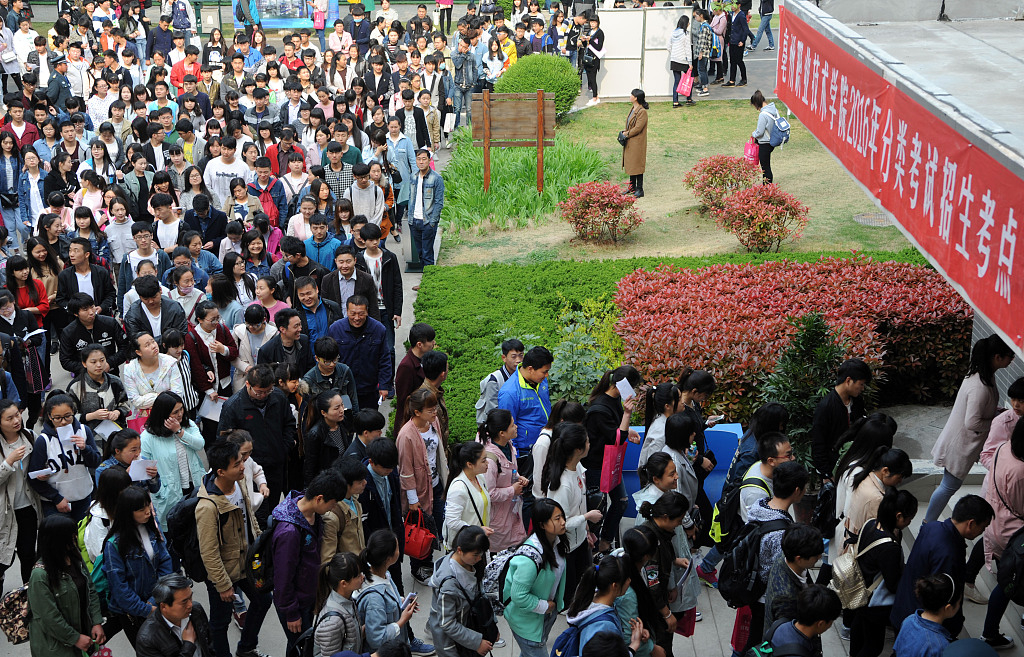 Going to vocational school used to be frowned upon in China, but increasingly, people have come to see the importance of having a market-driven approach to education, as well as employment.

"When I first came to China in 1987, there were still a lot of work units," said David Moser, associate dean of Yenching Academy of Peking University. "Everyone had a cradle-to-grave job." Since the 1990s, people were encouraged to step out of their work units and set up their own companies to push the development of the private sector.

It used to be the case that the "iron rice bowl" – jobs at state-owned enterprises that promise lifelong job security – were the most desired. Recent years have witnessed more young people in China choosing to pursue higher education or start their own businesses, with 16.8 percent choosing the former and 1.8 percent choosing the latter in 2018.

China ranked No.1 in employment in world competitiveness ranking in 2017. /CGTN Photo

China ranked No.1 in employment in world competitiveness ranking in 2017. /CGTN Photo

The growing job diversity came against an important backdrop: sustained low unemployment rates in China. According to the World Competitiveness Ranking released by the International Institute for Management Development, China topped the world in terms of employment index in 2017. Since 2003, an average of 11.78 million new urban jobs have been created each year.

As the global economic slowdown hit the latest job figure across countries, a special task force aimed to ensure the stability of China's employment situation was formed in May, that include members from more than 20 ministries and government agencies to provide policy support.

"One of the problems with the labor market in the U.S. is that labor, like other aspects of the economy, is dictated by the market," said Moser from Peking University, "so right now we have an increasing economic inequality and increasingly less access to good-paying jobs." 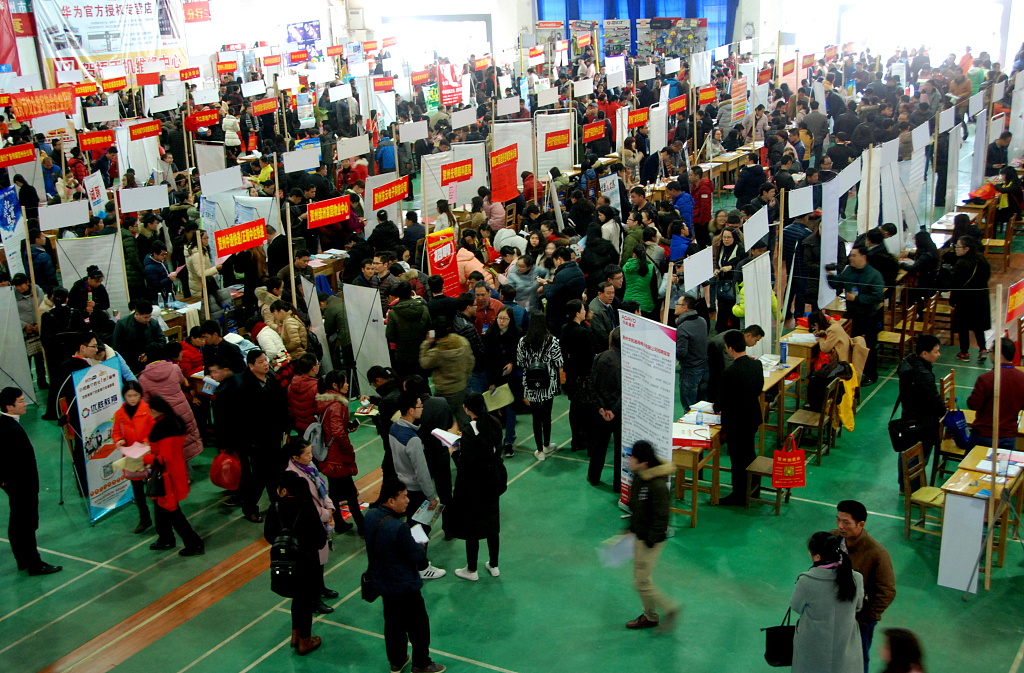