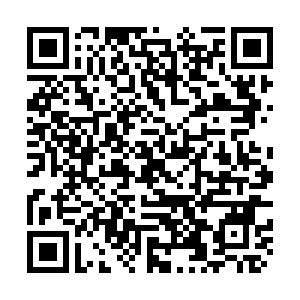 A reader of the Hong Kong newspaper Ta Kung Pao has written a letter to the U.S. President Donald Trump and expressed anger over the U.S. State Department spokesperson's recent remarks. Ta Kung Pao published the letter on Saturday.

"From my perspective, such a spokeswoman should be fired," the reader said in the letter.

"I suggest that the president thoroughly investigate those officials to find out what on earth they are doing. Are they really trying to help you?" the letter read.

Ta kung Pao has reported that there had been a meeting between several radical opposition figures, including the "Hong Kong independence" activist Joshua Wong and a female official from the U.S. on Tuesday. Later, the secret lady's identify was disclosed as Julie Eadeh, political unit chief of the U.S. Consulate General in Hong Kong.

As a response, the U.S. State Department spokesperson said at a news briefing on Thursday that "leaking an American diplomat's private information ... is what a thuggish regime would do" and that "American diplomats ... meet with opposition protesters, not just in Hong Kong or China." 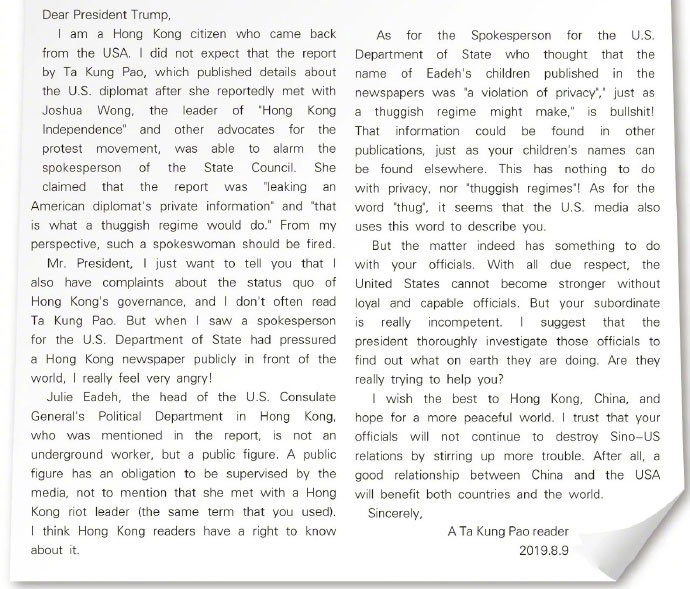 "I don't often read Ta Kung Pao, but when I saw a spokesperson for the U.S. Department of State had pressured a Hong Kong newspaper publicly in front of the world, I really feel very angry!" read the letter.

The reader stressed that Julie Eadeh, who was mentioned in the report, is not an underground worker, but a public figure.

"A public figure has an obligation to be supervised by the media, not to mention that she met with a Hong Kong riot leader (the same term that you used). I think Hong Kong readers have a right to know about it,"

"This has nothing to do with privacy, nor thuggish regimes! As for the word thug, it seems that the U.S. media also uses this word to describe you," the letter said.

The reader added that a good relationship between China and the U.S. will benefit both countries and the world. 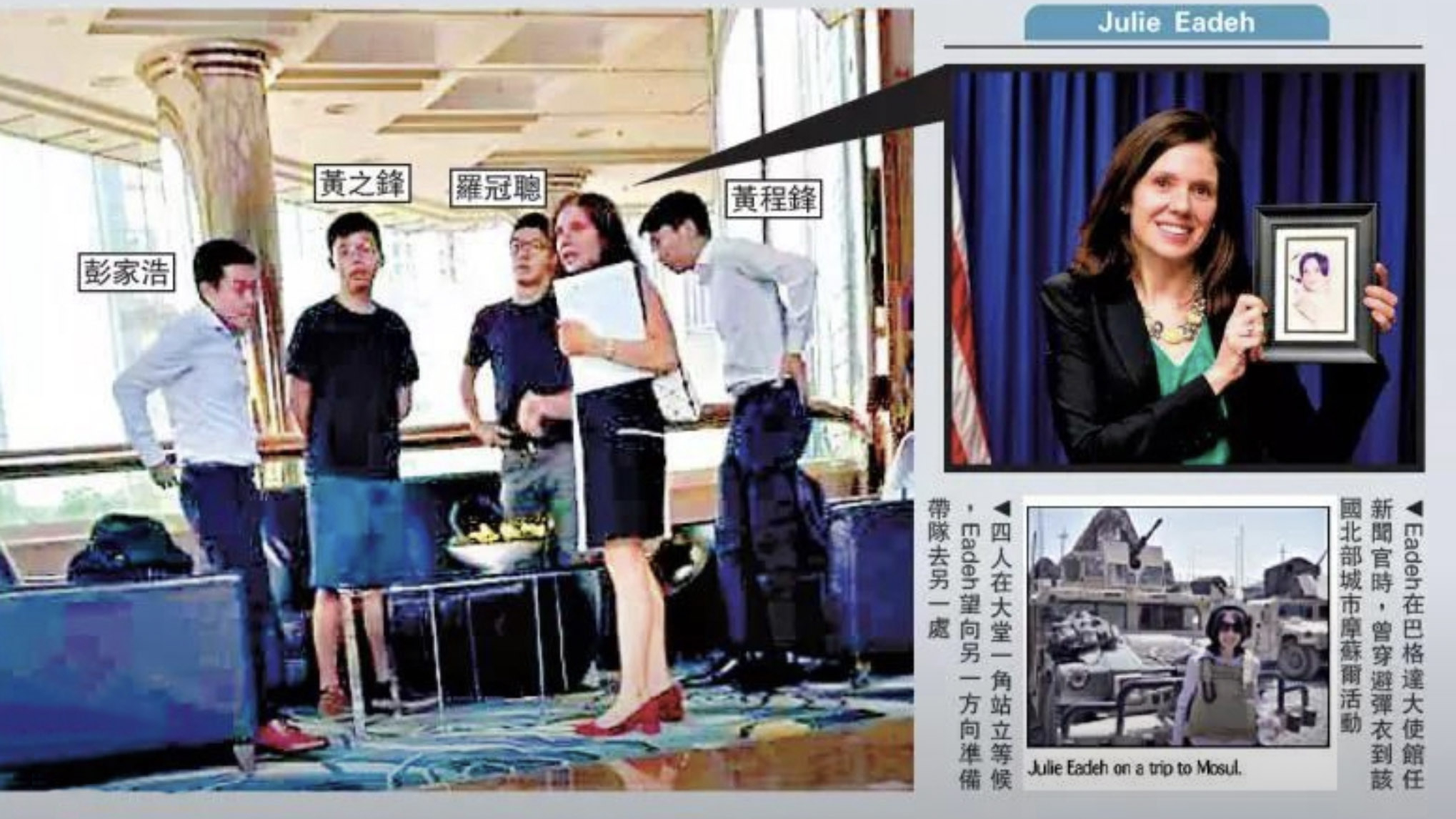 Chinese Foreign Ministry spokesperson Hua Chunying on Friday again called on the U.S. side to immediately stop intervening in Hong Kong affairs and China's internal affairs, saying that the U.S. State Department spokesperson should first reflect on her own words and deeds and should not use media reports to attack or blame other countries' governments.

The Office of the Commissioner of the Ministry of Foreign Affairs of China in the Hong Kong Special Administrative Region on Thursday lodged stern complaints with the U.S. Consulate General in Hong Kong.

Who has stirred Hong Kong chaos?