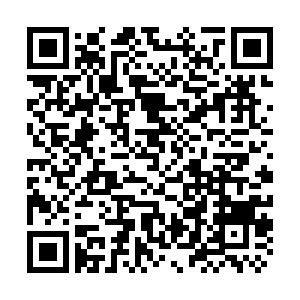 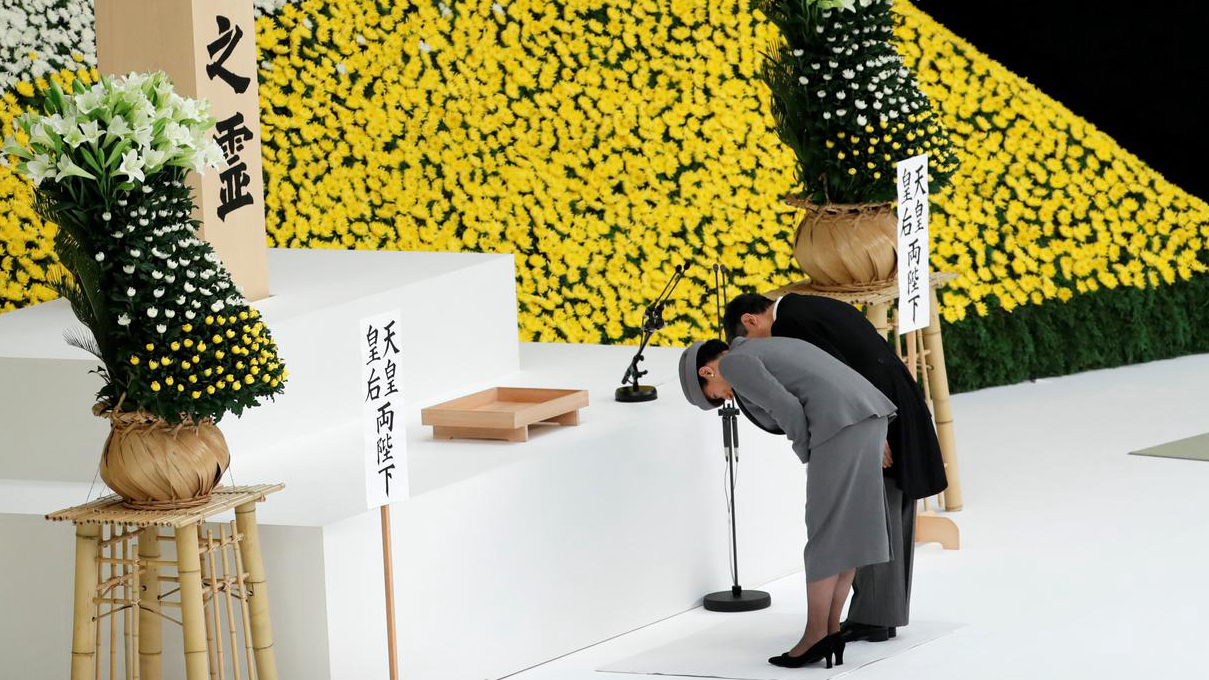 Japanese Emperor Naruhito on Thursday expressed his "deep remorse" over Japan's wartime acts, during his first appearance at an annual ceremony to mourn the lives lost during the war.

Emperor Naruhito, who ascended the throne in May, in his address on the 74th anniversary of Japan's surrender in World War II said that he hoped the ravages of war would never be repeated. 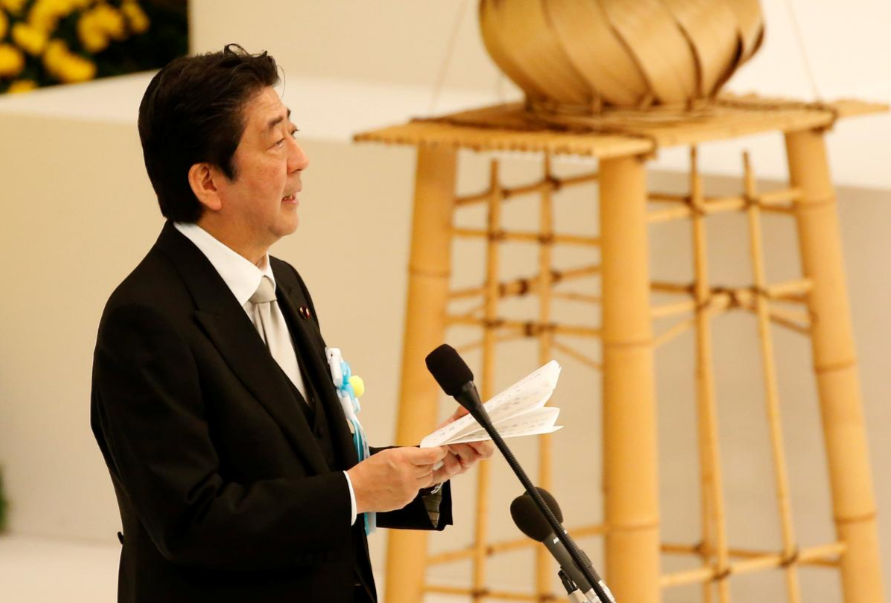 "Looking back on the long period of postwar peace, reflecting on our past and bearing in mind the feelings of deep remorse, I earnestly hope that the ravages of war will never be repeated," Naruhito said.

The expression "deep remorse" used by the emperor on Thursday was the same as that used by his father Emperor Akihito in ceremonies to mark the war in recent years.

Akihito had used the words "deep remorse" in every address since the 70th anniversary of Japan's surrender in 2015.

Yet unlike his emperor, the country's Prime Minister Shinzo Abe, for the eighth consecutive year, showed his support to Japan's past militarism. The prime minister on Thursday sent a ritual offering to the war-linked Yasukuni Shrine, which honors convicted war criminals together with the war dead, but refrained from visiting the site himself. 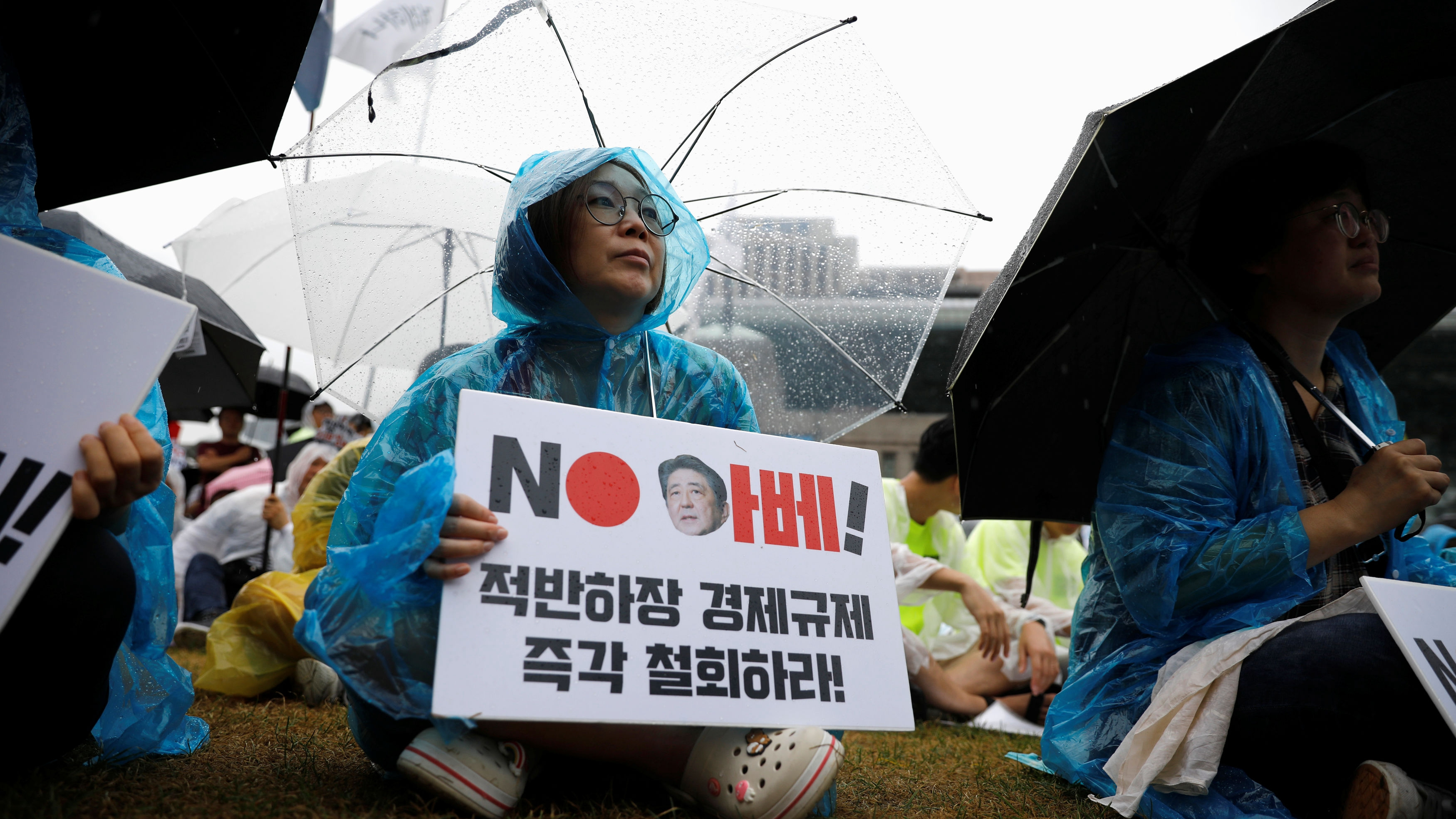 The controversial Yasukuni Shrine has long been a source of diplomatic friction between Japan and its neighbors which suffered the most from Tokyo's wartime atrocities.

"China urges Japan to earnestly face up to and deeply reflect upon its history of militarism," she said.

During a ceremony to mark the 74th anniversary of Korea's liberation from Japan's 1910-45 rule, President Moon Jae-in struck a conciliatory tone with Japan, offering to "join hands" if Tokyo chooses dialogue.

This year's ceremony came as the two countries are embroiled in a war of words over trade and history, after Japan imposed restrictions on exports crucial to tech giants such as Samsung following a series of South Korean court rulings ordering Japanese firms to pay for wartime labor. 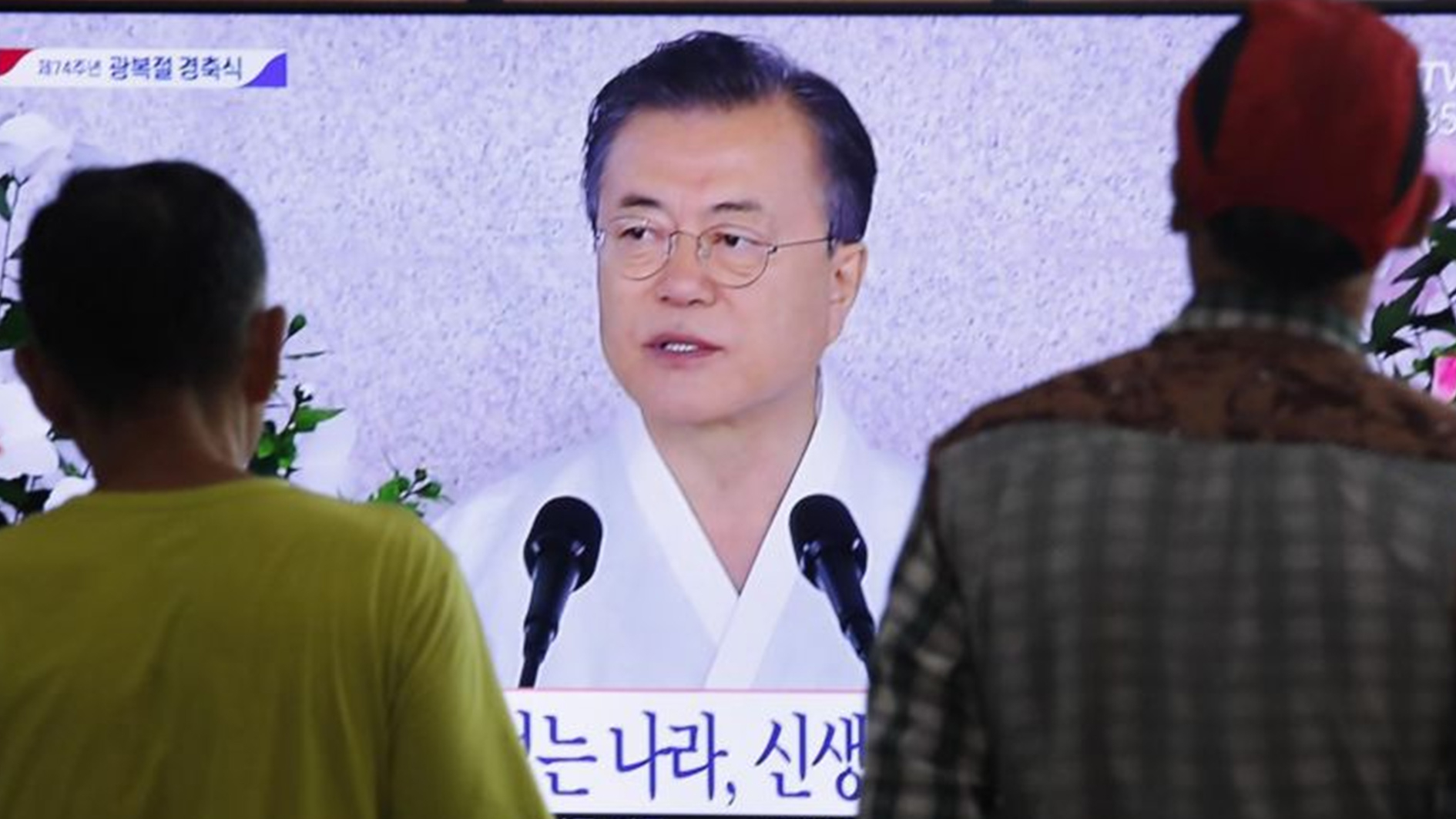 Moon, who earlier this month vowed his country will "never be defeated again by Japan," insisted Seoul has "not dwelt on the past," and is willing to work with Tokyo to secure "fair trade and cooperation" in the region.

"If Japan chooses the path of dialogue and cooperation, we will gladly join hands," he said.

"We hope that Japan will play a leading role together in facilitating peace and prosperity in East Asia while it contemplates a past that brought misfortune to its neighboring countries".

On the same day, thousands of South Koreans, including two victims, marched in Seoul in heavy rain, urging Japan to apologize.

"It is my wish to hear an apology from Abe before I die," said Yang Geum-deuk, now in her 90s, surrounded by placards that read "No Abe" and "Compensate forced laborers."