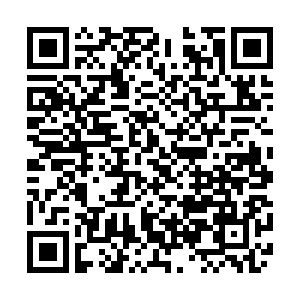 In Greek mythology, there is a tragic figure named Narcissus, who is distinguished for his beauty. According to a Latin narrative poem, he fell in love with his own reflection in the waters of a spring and pined away. On the place where he died, a flower sprang up.

Some say that it was the Narcissus flower. 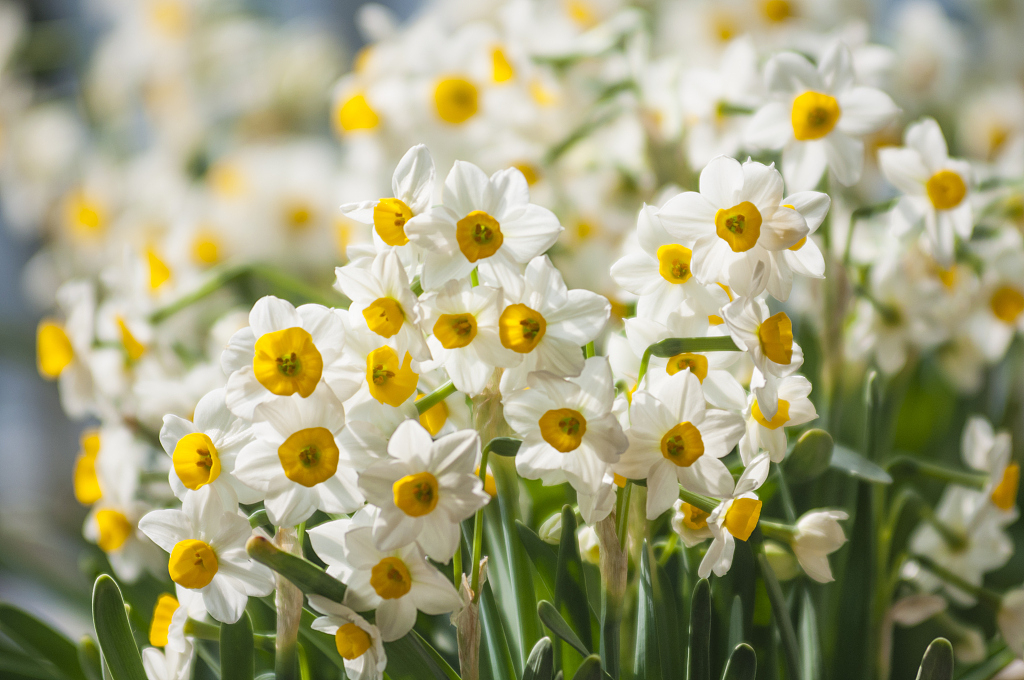 Narcissus, usually white or yellow, has six petal-like tepals surmounted by a cup- or trumpet-shaped crown.

Different cultures have different interpretations of the flower. Some believe it's unlucky because they hang their heads, implying misfortune. Some white, Narcissus flowers are particularly associated with death. In ancient Greece, they were mostly planted near tombs. 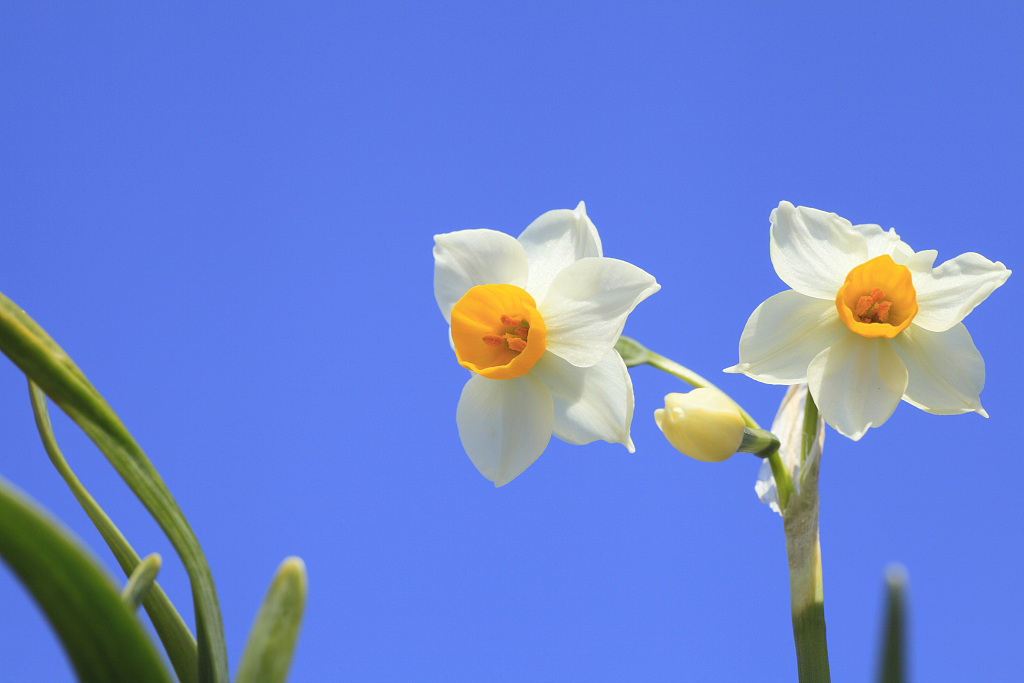 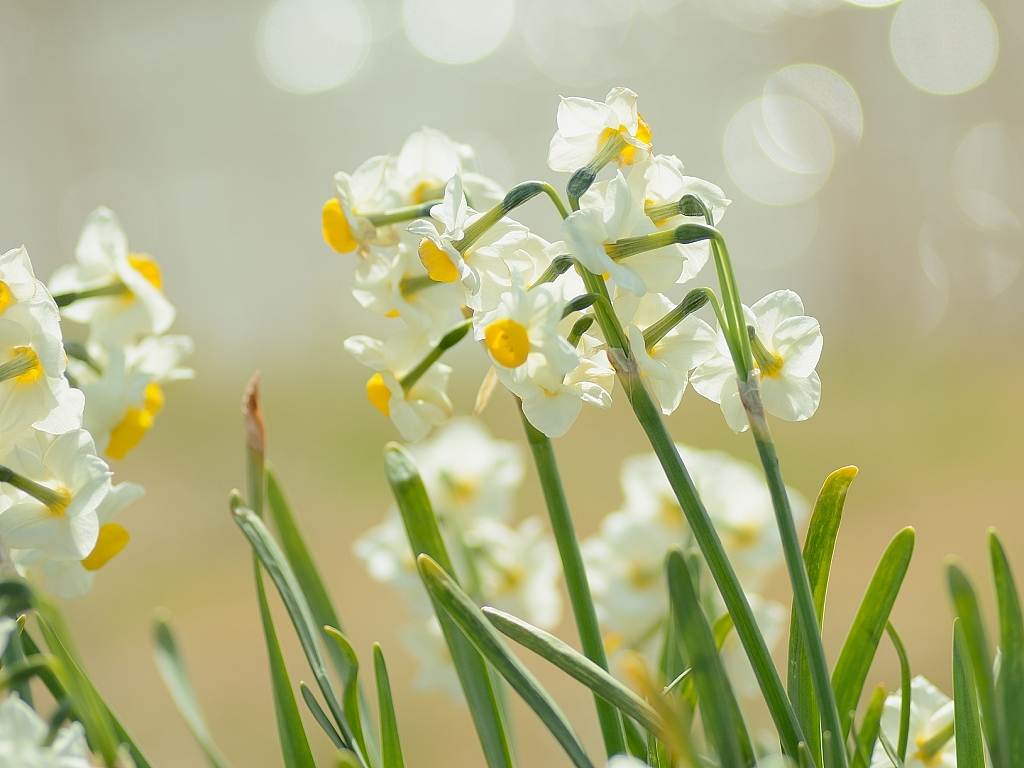 What's more, because of its association with Greek mythology, though unofficial, the flower frequently appears in English literature, resulting in poems by authors from Shakespeare, Wordsworth, Shelley, and Keats.

But in Asia, as the flowers emerge from the bulbs in spring, they have been associated with rebirth. In China, they have become a symbol of the Spring Festival, signifying good fortune, prosperity, and good luck. 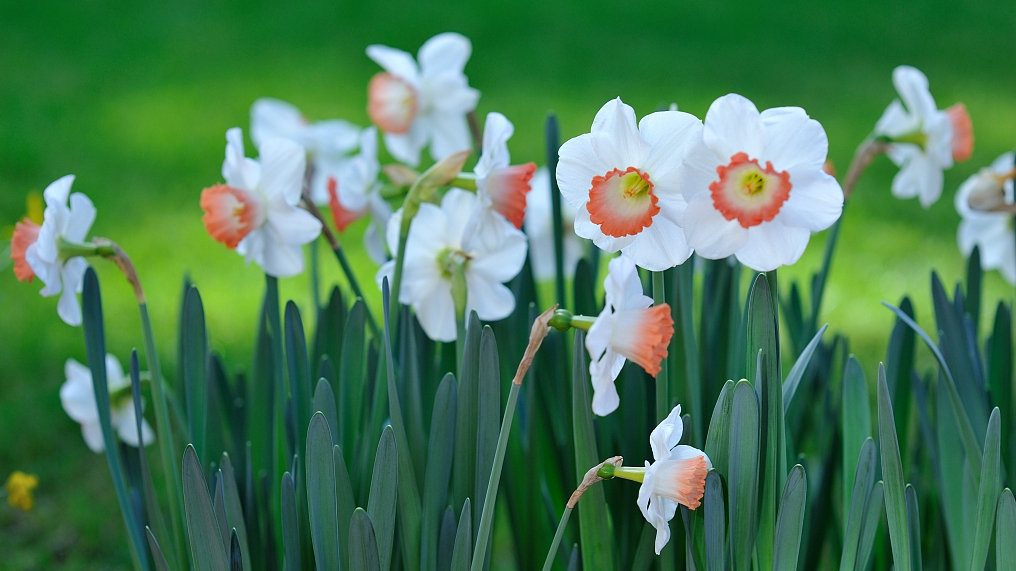 In China, the Narcissus flower is associated with the Spring Festival. /VCG Photo

In China, the Narcissus flower is associated with the Spring Festival. /VCG Photo

Narcissus is mostly native to the Mediterranean region in Europe, but a few species are found through central Asia to China.

The flower was first introduced to China in the Tang Dynasty (618 - 907) from Italy, and soon because widespread across the southern part of the country. 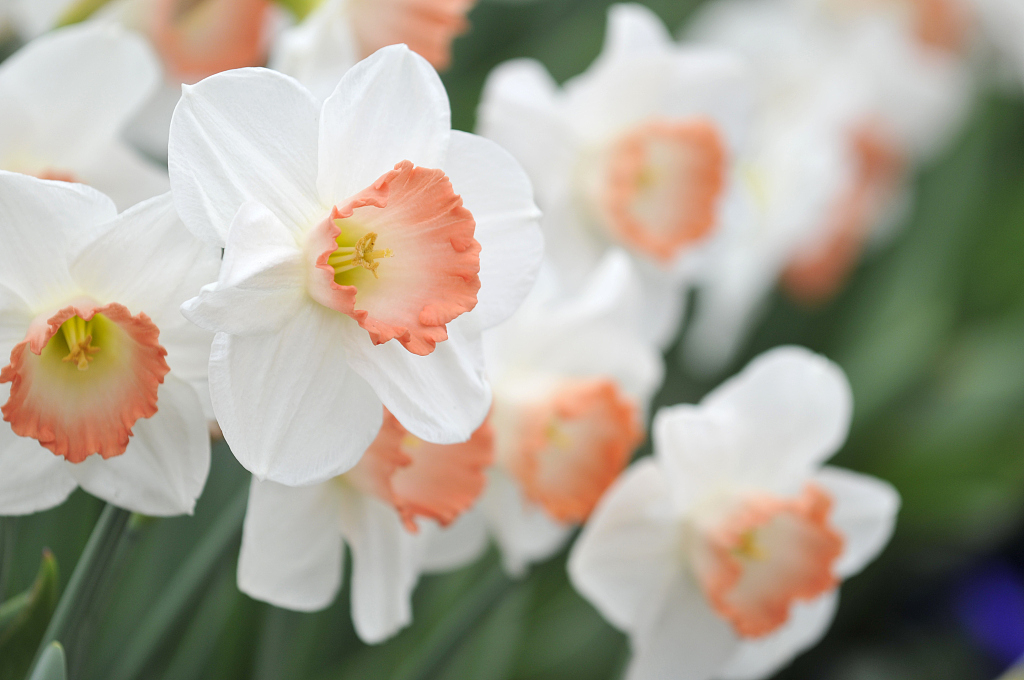 It's the most popular flower in east China's Fujian Province, and Zhangzhou City in that province is a well-known place because of the flower.

Besides being an ornamental plant indoors, the art of Narcissus bonsai has led to many works in different shapes. 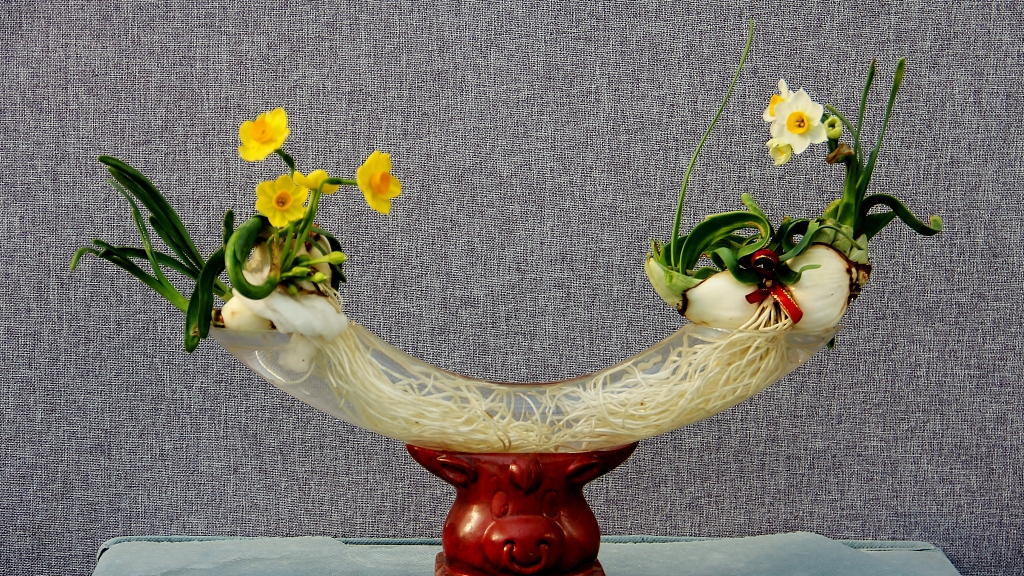 China's Flora Tour: Why flowers on plateaus are often blue?

China's Flora Tour: The curative powers of the 'seven leaves, one flower' plant